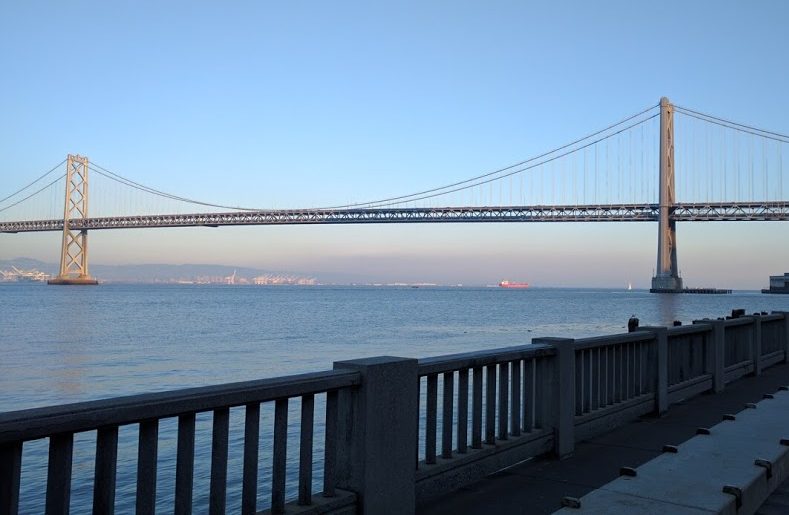 It doesn’t help to prepare for sea-level rise by building coastal electrical substations behind walls or on elevated platforms if the communities they provide power for are flooded out.

That easy-to-forget point was brought up by Heather Rock, Director of Climate Resilience for PG&E, during Monday’s SPUR conference on climate resiliency. “We need a collaborative approach. We have to think about transportation, water, and other infrastructure,” said Rock.

In fact, it was a major theme among everyone on the panel–a holistic approach to the effects of climate change is required or the work could be for naught. The most obvious example of that comes from Florida, where until recently flood walls were regulated by different agencies and could vary in height. “We have a hodge-podge for sea walls and berms,” said Jennifer Jurado with Broward County, Florida. If a wall is high enough to stop a storm surge on one property but is too low on the next, both properties end up flooding anyway, she explained. “We updated standards so when improvements are made there’s consistency as to what that top end is,” she added. Now the state can force properties to follow standards or get deemed a public nuisance in situations where floodwaters can flow from one property to another.

New York City, meanwhile, is striving to bolster its waterfront without walls–to make sure it remains a city where people can enjoy water views and access. “On the lower east side of Manhattan, we’re raising the East River park and building coastal protection at the water’s edge in a way so we still have waterfront views, while it is still protected from another coastal storm,” explained Jainey Bavishi, Director of the Mayor’s Office of Resiliency, ‎in the NYC Office of the Mayor. New York is in the process of spending some $20 billion on these projects, mostly monies provided in response to Hurricane Sandy. However, Bavishi added that storms are just part of the problem.

“Sea level rise and coastal storms are at the forefront of our planning,” she said, but many communities in the city are “vulnerable to extreme heat and we expect the number of days above 90 degrees to triple” by 2040. The elderly are especially vulnerable, notably in the “South Bronx, northern Manhattan, and central Brooklyn.”

That means equity also has to be integrated into climate resiliency plans. Simple steps such as planting more street trees can help offset heat effects. And the city is also painting roofs white, which reflects heat and reduces the “heat island effect,” lowering overall temperatures, even outside the buildings on a given block. They’re also training home health aids to recognize symptoms of heat exhaustion, so during an extremely hot day people can be transferred to cooler areas before the situation becomes life-threatening.

That kind of integration–looking at protecting entire communities from all the effects of climate change–is essential, said Giselle Sebag with Bloomberg Associates. “Zip code is still the single greatest predictor of life expectancy, with ten- to fifteen-year differences in lifespan.”

Without mitigation work, those disparities will only get worse as climate change continues. And there is every indication that it’s going to continue to get worse for the foreseeable future. “Sea level has risen by about twelve inches since 1950 and it’s now rising by about one inch every five years,” said Sebag. “That will come to one to two feet by 2050 if greenhouse gas levels continue unchecked.”

Let’s hope they are checked. In the meantime, city planners have to make sure everything they plan is integrated with the reality that coastal cities are in for more heat, more storms, and higher seas.

For more events like these, visit SPUR’s events page. This particular talk was from SPUR’s Ideas + Action 2021 conference, which continues through Wednesday.