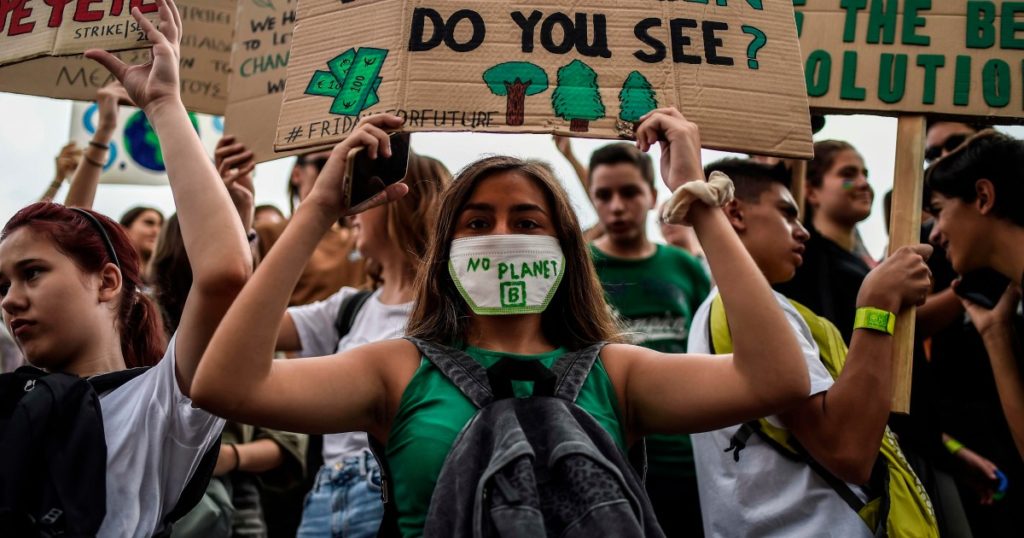 It’s not just the United States — other major polluters around the world have also been falling behind the climate goals they set for themselves under the Paris agreement.

As the Biden administration virtually hosts the leaders of more than three dozen countries Thursday and Friday to discuss the need for more action on climate change, here’s a look at where others stand, and what’s preventing them from fulfilling their promises. In other words, who’s been naughty, who’s been nice, and who is still banking on more coal in their stockings this year.

China is the biggest emitter of planet-warming greenhouse gases, responsible for about 28% of the global total. And it is by far the largest consumer of coal. Although many activists and scientists hoped the country’s carbon emissions would peak by 2025 — giving the world a better chance to avoid the worst effects of climate change — that goal now looks impossible.

China’s emissions have continued to climb since 2015, when its leaders signed the Paris climate agreement. President Xi Jinping pledged last year that the country would achieve “carbon neutrality before 2060.” But Xi has offered few details on how China would hit that target and, under pressure from the United States, has agreed to only a vague statement saying that countries should announce stronger emissions reduction goals.

Leaders of Germany, France and other EU member countries were thrilled when the United States rejoined the Paris agreement — and for good reason. The 27-nation bloc has been among the most ambitious in reducing its carbon emissions, pressing ahead and urging other countries to follow through on their pledges after the U.S. withdrew from the Paris accord.

On the eve of the climate summit, EU leaders agreed to a landmark climate law that would increase their target, cutting their collective greenhouse gas emissions by at least 55% from 1990 levels by the end of the decade.

It was a hard-fought agreement, reached after months of negotiations and only after wealthier countries promised to help finance the energy transition in eastern countries like Poland and Hungary, which are still heavily dependent on coal for power generation.

The deal still needs to be formally approved by each nation’s government and the European Parliament.

Leaders in Brussels have said they view the bloc’s transition away from fossil fuels as key to boosting Europe’s post-pandemic economy. Yet environmentalists maintain that the EU’s pledge is insufficient. An analysis by Climate Action Tracker, an independent group that evaluates global climate goals, estimates that the bloc’s current policies put it on a path to reduce its overall emissions by about 48% by 2030.

Persuading India to increase its climate goal is likely to be a major challenge for the Biden administration. The country is the third-largest greenhouse gas emitter, after China and the United States, but it has yet to announce a new climate pledge for 2030, and it has historically been reluctant to commit to carbon emission reductions.

Leading up to the 2015 Paris agreement, India refused to agree to an absolute reduction in CO2 emissions. Instead, its leaders said the country needed to burn more coal to fuel its growing economy and lift millions of people out of poverty. Emissions would increase, they vowed, but at a slower rate than before.

In the years since Paris, India has slowed the expansion of coal-fired power plants — no new plants were built last year— and it has begun to embrace solar and wind power. Its government has pledged to generate 450 gigawatts of renewable energy by 2030, five times its current capacity. But India’s leaders still encourage coal mining and have argued against setting a tougher emissions goal.

In the early 2000s, Japan made significant progress in reducing its emissions by embracing nuclear power. That changed in 2011 after a massive earthquake and tsunami caused a meltdown at the Fukushima Daiichi nuclear plant, forcing the country to all but end its nuclear power program.

So Japan turned to coal. Today, the country is heavily dependent on fossil fuels and is one of the top three public funders of coal-fired power plants globally. It is also the world’s fifth-largest emitter of greenhouse gases.

But domestic and international pressure in recent years has begun to push the county in a different direction.

Last year, Japan announced that it would be carbon-neutral by 2020 and would reduce its reliance on coal. Heading into the U.S. climate summit, Prime Minister Yoshihide Suga has been discussing new limitations on coal financing and may announce a more ambitious emissions target than the 26% reduction below 2013 levels it agreed to in 2015.

Canada is another country that’s expected to announce a stronger emissions target at President Biden’s summit.

In 2015, the country’s leaders pledged to reduce emissions by 30% below 2005 levels by 2030 — a goal that Canada was far from meeting before the pandemic. But a stagnating global economy and declining emissions have put it within sight, according to the Climate Action Tracker, though only if the country commits to taking more action.

That commitment has been a bit wobbly.

In recent years, Prime Minister Justin Trudeau has tried to balance the desire to make fighting climate change a top priority with his support for the country’s oil and gas industry. He has long supported the Keystone XL pipeline as part of an effort to prop up production in the oil sands, which is critical to Alberta’s economy, but is an especially dirty source of energy. Shortly after taking office, Biden revoked the pipeline’s cross-border permit.

Canada has pledged to achieve zero emissions by 2050, but it remains unclear how the country will reach that goal.

Mexico’s President Andrés Manuel López Obrador is on the invite list for the White House climate summit, but expectations that he’ll commit to a tougher climate goal are low.

Since taking office in late 2018, López Obrador has dismayed environmentalists by tipping the scales of the country’s energy sector away from renewable sources and toward fossil fuels.

He has canceled major projects that would have transported power generated by renewable energy plants around the country and called for more investment in coal.

According to a recent Times report, he has pushed legislation that requires the energy grid to first take power from state-run plants — fueled in large part by crude oil and coal — before less expensive wind and solar energy. Experts say López Obrador’s actions are rooted in nationalism and a desire to play up Mexico’s role as a fossil fuel powerhouse.

Mexico pledged under the Paris agreement to reduce its greenhouse gas emissions by 22% below business-as-usual levels by the end of the decade. But the country’s energy policies suggest its emissions will only trend upward.