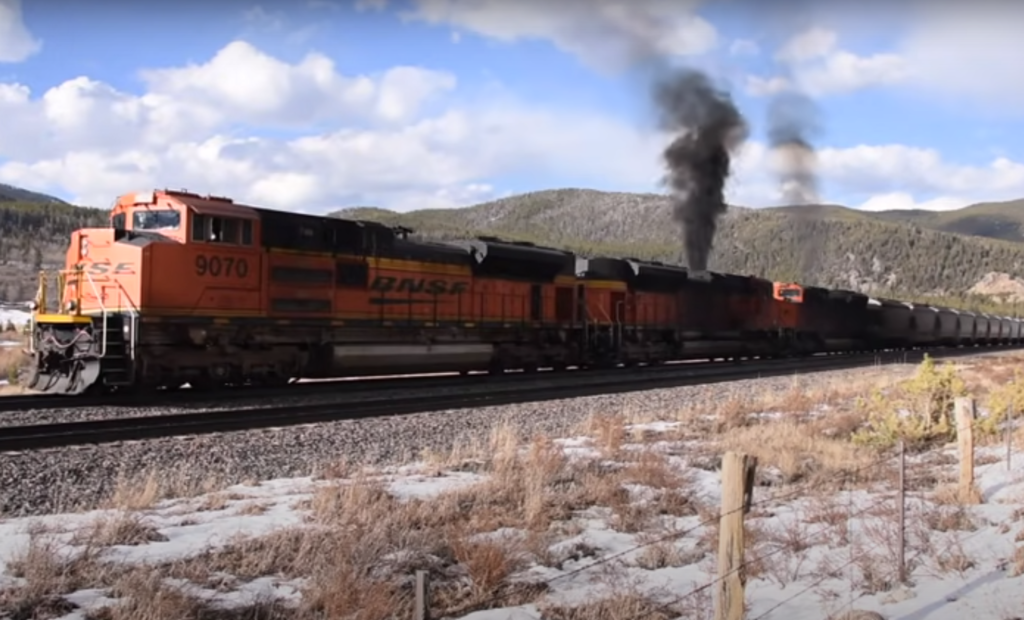 The Central Valley has the highest rates of childhood asthma in the country. Despite this, the Assembly Transportation Committee, headed by Laura Friedman (D-Glendale), has spiked a bill that would ban diesel locomotives on California’s High-Speed Rail tracks.

“For the second year in a row, the Assembly Transportation Committee has refused to hear my bill, which would ban the High-Speed Rail Authority from operating diesel engines in the most polluted air basin in the country,” wrote Assemblymember Adam Gray, whose district runs from Merced to Modesto, in an email to Streetsblog. “Greedy LA politicians see an opportunity to take billions of dollars intended for investment in the San Joaquin Valley and redirect it to their own pet projects down south.”

The state is currently constructing a 117-mile line in the Central Valley that will one day be the spine of an electrified, statewide bullet train system. Stringing electrified wire over the tracks is necessary to permit speeds in the 200 m.p.h. range and is an integral aspect of bullet-train systems throughout the world. Electrification, obviously, also eliminates emissions. However, as previously reported, Assemblymember Friedman, along with Assemblymembers Anthony Rendon and Luz Rivas, want to divert the $4.8 billion budgeted for high-speed rail electrification to Metrolink, LA’s diesel-powered commuter rail system. Unlike Caltrain in the Bay Area, which is in the middle of a $2 billion project to electrify its entire system with overhead wire, Metrolink has no real electrification plans of its own (although it did produce a video about an experimental hydrogen-electric train it hopes to test on the San Bernardino line).

Under the proposal of the L.A. politicians, not only would there be more diesels running in Southern California, but conventional, diesel-hauled Amtrak trains would use the tracks in the Central Valley for the foreseeable future as well.

Yes – Metrolink needs upgrades to better serve Southern California counties. Metrolink should be frequent and electric. But if Friedman is serious about investing in Metrolink, why not look to shift funds away from more polluting modes – like, say, driving? Freeway-widening projects continue in earnest in Southern California, with plenty of state transportation funding. Friedman should look to shift California’s copious highway money toward rail. How about S.B. 1 programs, such as Solutions for Congested Corridors Program (SCCP) and Trade Corridor Enhancement Program (TCEP)? What about shifting money from highway expansion to rail? Now you’re talking real money – and real environmental benefits.

“These same politicians claim to champion the interests of vulnerable and underserved populations while calling themselves ‘Clean Air Champions.’ We have a word for that where I come from, and it comes out the back of a bull,” said Gray.

…they are selling out the fastest growing, poorest, and least healthy area of the state. Instead of delivering the zero-emission transportation option that was promised to the 4.5 million people who live in the Valley, their plan is to utilize outdated polluting diesel engines … Pitting communities against one another is immoral and wrong, and my bill would have stopped this plan dead in its tracks. They continue to try to quietly kill my bill without even a hearing and instead ram their plan down our throats without discussion. You can bet, I will not go quietly.

Streetsblog has reached out to Friedman for comment on Gray’s bill and will update this post when she responds. Meanwhile, last week she posted that she finds it “troubling that emissions in the transportation sector only continue to increase.”

Yesterday, the Assembly Budget Sub 3 had a rich discussion on @GavinNewsom‘s ZEV proposals. I find it very troubling that emissions in the transportation sector only continue to increase, while consumers continue to face major barriers in adopting zero-emission technology.

Note the California High-speed Rail Authority will submit the final 2020 business plan, which includes electrification, for approval to the Legislature on or before April 15.