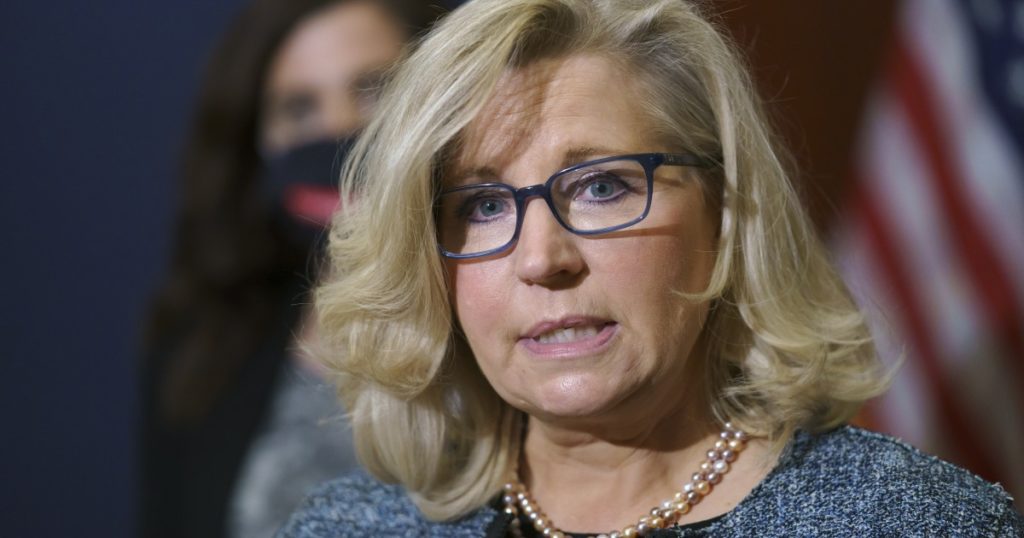 But as House members over the last four years, the two have trod very different paths through the Trump era. Now they stand on the front lines of a battle royal over the future of the Republican Party.

Cheney, of Wyoming, faces ouster from her No. 3 post in the House GOP leadership because she is an outspoken critic of former President Trump. Stefanik, a moderate-turned-Trump-stalwart from upstate New York, is jockeying to succeed her.

The two congresswomen personify the choice now facing the Republican Party at a crossroads: Should it remain defined by Trump — embracing his provocative style and false claims about massive fraud in the 2020 election — or renounce him and re-center conservative orthodoxy that was eclipsed during his presidency?

Few things illustrate how much Trump has remade the party than how the profile and standing of these two women have changed since he became president. While Cheney has been transformed from rising star to outcast, Stefanik has rocketed from back-bench obscurity to pro-Trump superstardom. Establishment Republicans’ options in Trump’s GOP? Morph or be marginalized.

Bill Kristol, an anti-Trump conservative, said that the near-certainty that Cheney will lose her post is a sign that the civil war among Republicans about how Trump-like the party should be is essentially over — and Trump has won.

The defining moment will probably come next week when the House Republican conference is expected to meet and vote on whether to oust Cheney from her position as conference chair. If she is dumped, Stefanik is expected to be elected to replace her.

Cheney says it is a test of Republicans’ courage to defy Trump and speak the truth, and she casts herself as a potential martyr to that cause.

In a Washington Post op-ed Wednesday, Cheney called on Republicans to “steer away from the dangerous and anti-democratic Trump cult of personality” and said she would stand on principle “no matter what the short-term political consequences might be.”

The party vote is also a test of Trump’s hold on the GOP, and Wednesday he issued a statement giving Stefanik his “COMPLETE and TOTAL Endorsement.”

Stefanik responded with a tweet portraying Trump as central to the Republican bid to retake the House majority in the 2022 midterm election.

“I am forever grateful for the support from President Donald J. Trump to work together to #FIREPelosi and retake the House!” she said, referring to House Speaker Nancy Pelosi of San Francisco.

House GOP leader Kevin McCarthy of Bakersfield has signaled his support for Cheney’s ouster, even though he was instrumental to her surviving an earlier vote of confidence. Lawmakers say he is privately backing Stefanik.

It is ironic that the power struggle centers on two women. Among the GOP’s biggest political problems has been the sparse presence of women in their congressional ranks and the stampede of female voters to the Democratic Party in the Trump era. Joe Biden won 57% of female voters in 2020, the largest share of any presidential candidate at least since 1980, according to exit poll data compiled by the Center for American Women and Politics.

When Cheney, who is now 54, first came to the House in 2017 at the dawn of the Trump presidency, she was regarded as GOP royalty. She is a daughter of former Vice President Dick Cheney, who also had deep roots on Capitol Hill. As a House member in the 1980s, he was Republican whip and earlier, with his wife, Lynne, co-wrote a history of House leaders, “Kings of the Hill.”

She had plenty of policy and political experience: She worked for Bush in the State Department and on his 2004 campaign staff. She advised GOP presidential candidates in 2008 — first Fred Thompson, then Romney.

From the outset, she was seen as having leadership potential and ambition. Her election as conference chair after just one term was a tribute in part to the enduring value of the Cheney name. When she decided in early 2020 not to run for an open Senate seat in Wyoming, a close associate said, it was in part because of the chance she could become Republicans’ first female speaker if she remained in the House.

On policy, she has been mostly in line with Trump — she has a more conservative voting record than Stefanik — but willing to challenge him where they differ, especially in expressing her more hawkish foreign policy views. She objected to Trump’s dismissive attitude toward mask-wearing and policies for dealing with COVID-19. She tweeted a photo of her father wearing a face covering, captioned: “Dick Cheney says WEAR A MASK.”

It was a phone call from her father on Jan. 6, before the siege of the Capitol, that alerted Cheney to the fact that Trump had called her out in a speech to the angry crowd, according to a source familiar with the call.

What drew Trump’s ire was not her policy disagreements. It was her decision, announced a day earlier, to oppose Trump’s demand that the House refuse to certify Biden’s electoral college victory. Then in early February, Cheney was one of 10 House Republicans to vote to impeach Trump for inciting the Capitol riot.

With McCarthy’s help, Cheney easily survived a challenge to her leadership after her impeachment vote. But support for her has eroded since then, as she has continued to challenge Trump’s false statements about the election and argued that the GOP cannot move on without confronting his responsibility for the Jan. 6 violence. In her op-ed Wednesday, she pointedly went after McCarthy and other Republicans who have not stood up to Trump.

“The Republican Party is at a turning point, and Republicans must decide whether we are going to choose truth and fidelity to the Constitution,” she wrote.

Ken Spain, a former spokesman for the National Republican Congressional Committee, said Cheney was losing ground because many in her party want to move past the Jan. 6 insurrection.

“People realize the 6th was a disaster, tragic — and highly problematic politically to boot,” Spain said. “At some point we have to turn the page, and she is not allowing that to happen.”

Stefanik, 36, owes much to the GOP establishment that Trump has relentlessly demonized. After graduating from Harvard in 2006, she worked on the White House staff of President Bush. During the 2012 campaign, she advised Ryan, the House speaker who was Romney’s running mate, directing his preparation for his debate with vice presidential rival Joe Biden. Romney and Ryan supported her first bid for Congress in 2014.

At that point, she was moderate enough to win in an upstate New York district that had been held by Democrats for decades. Former President Obama won there in 2008 and 2012. But like many rural areas, the district flipped in 2016 and Trump won it by 16 percentage points.

Stefanik was no lockstep Trump supporter at first. She opposed his signature 2017 tax cut. She was feminist enough to complain after the 2018 midterm election that GOP leaders were not doing enough to elect women to the House. She set up her own political action committee and worked to recruit and support women as GOP candidates; she got some credit for helping the party elect a record number of women to the House in 2020 — though still only 39 to Democrats’ 103.

Stefanik caught Trump’s eye and was catapulted into national prominence when she became one of the president’s most outspoken defenders during 2019 hearings in his first impeachment, which involved allegations that he improperly pressured Ukrainian leaders to investigate Biden.

It was a head-scratching personality shift for those who knew her as a low-key moderate. But it paid off. Trump immediately tweeted his appreciation: “A new Republican Star is born. Great going @EliseStefanik!” Her fundraising skyrocketed. She won a speaking slot at the 2020 Republican National Convention, where she praised Trump effusively.

Brian Mann, who has covered Stefanik for National Public Radio, said on Twitter that her career demonstrated her “ability to adapt and evolve her politics, and a willingness to shed old loyalties and allies while amplifying factual untruths when necessary.”

“Her brand may be a perfect match for the modern @GOP.”

Her journey down the road to Trumpism has taken a toll on her relationship with her alma mater. Stefanik served on a senior advisory committee to the Institute of Politics, a part of the Harvard Kennedy School. She was removed from the board because of her false statements about the election, including assertions about voter fraud, after hundreds of members of the Harvard community signed a petition calling for the institute to cut ties with her.

In response, Stefanik called it a “rite of passage and badge of honor to join the long line of leaders who have been boycotted, protested, and canceled by colleges and universities across America.”