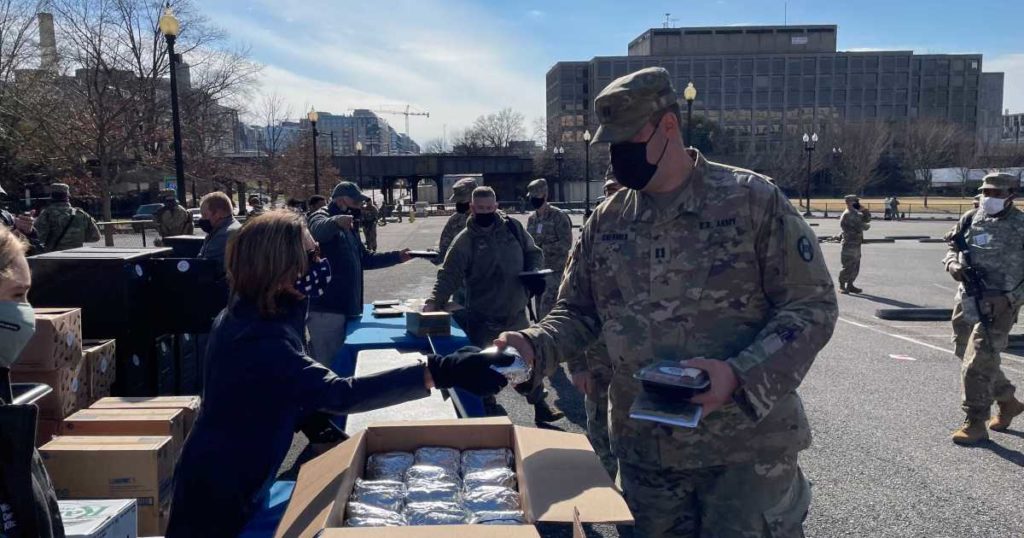 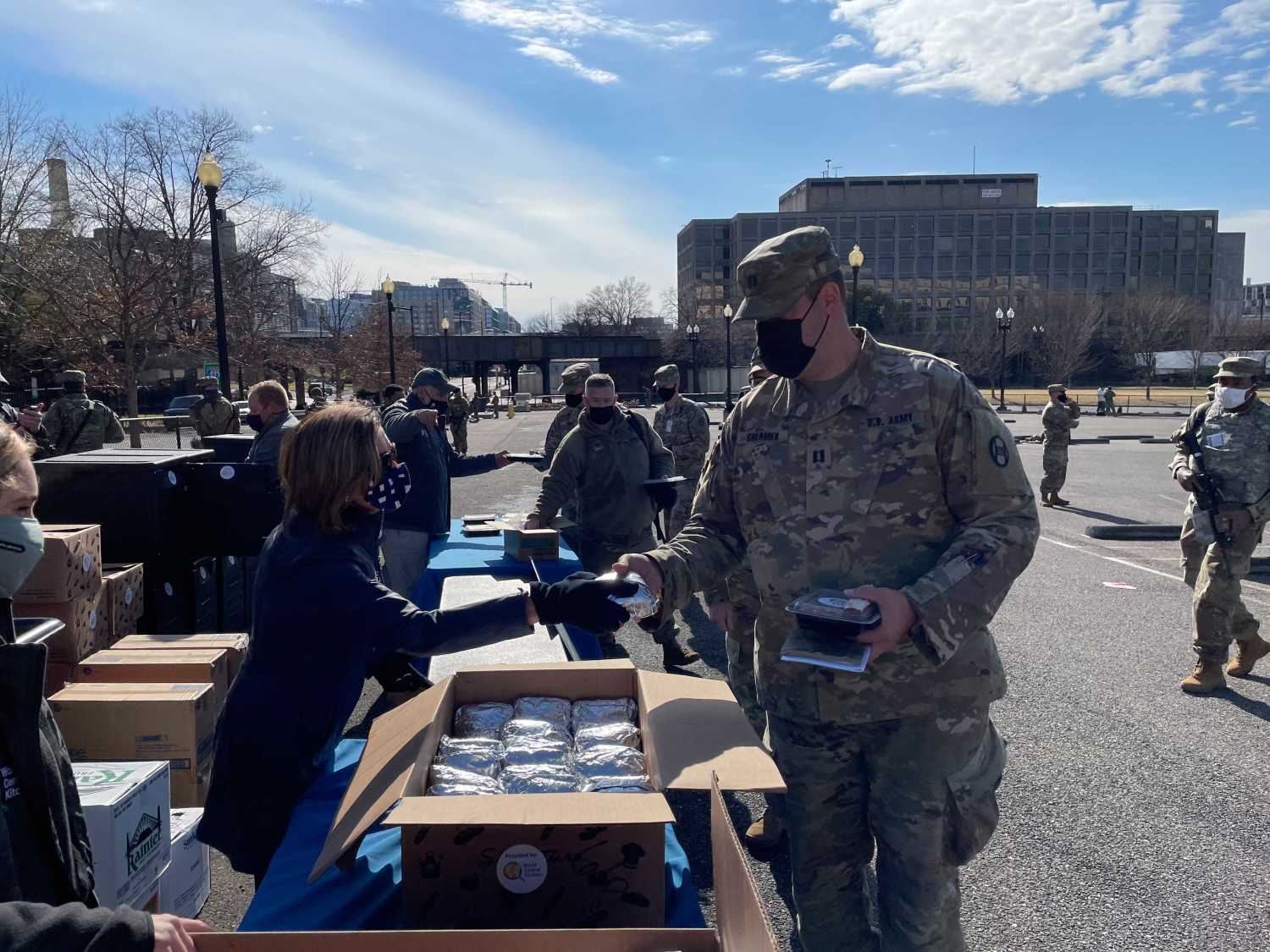 Early Saturday afternoon on a partially cordoned-off street in Washington, D.C., Peter Baca pushed a big stack of boxes containing thousands of cookies toward the doors of Jaleo, a Spanish-inspired tapas restaurant that famed chef and humanitarian José Andrés opened in 1993.

Inside, workers with World Central Kitchen — Andrés’ emergency response nonprofit — were busy assembling meals for thousands of troops guarding the city in anticipation of President-elect Biden’s inauguration Wednesday and in reaction to the pro-Trump mob that on Jan. 6 stormed the U.S. Capitol.

Baca, of the veteran-focused Dog Tag Bakery in Georgetown, said his cookie gift was “a small token to say how much we appreciate their service to our country.”

Federal officials are scrambling to catch those responsible for the deadly attacks — five people, including a Capitol police officer, died — and prevent future violence by turning downtown Washington into a fortress, with more than 20,000 National Guard troops and thousands more police officers and federal agents manning roadblocks and checkpoints.

The swiftness of the mobilization resulted in less-than-perfect circumstances for the soldiers, with hundreds of Guard members forced to rest on the marble floors of the U.S. Capitol in between shifts.

World Central Kitchen’s CEO Nate Mook said when he and Andrés saw viral images of the sleeping troops, they felt like they had to do something.

“This is a situation that nobody’s had to face before; it’s being figured out minute by minute,” Mook said. “And we know — because we see this in all types of crises and emergencies — that food can sometimes be an afterthought, and sometimes people are left working long shifts without food.”

So, they reached out to government leaders, including House Speaker Nancy Pelosi, and offered to tap their expertise in feeding large groups of people at a moment’s notice, as they did after Hurricane Maria devastated Puerto Rico in 2017.

The officials took them up on their offer. They started handing out meals Friday night. By Saturday evening, the organization had distributed about 4,000 meals. They planned to repeat the effort Sunday, and don’t plan on halting the special mobilization until Inauguration Day, he said.

In a show of thanks, Pelosi joined Andrés on Saturday in passing out meals and thanking the troops, who seemed surprised and elated to be getting a free lunch from a famed chef instead of a pre-packaged military meal.

“This is a really difficult time; folks are working long shifts,” Mook said. “They were so happy to get some fresh food to eat.”

Pelosi tweeted that it was her honor to hand out meals “to our heroic National Guard troops who are keeping our Congressional community safe during this difficult time.”

The meals are being paid for by World Central Kitchen, which operates on donations, including local gifts like the one from Dog Tag Bakery. The government is not paying for the food.

Andrés has been tweeting about the initiative.

“I know there’s a lot of concern about the Guard…but our city & many restaurants are making sure everyone is taken care of!” Andrés wrote after handing out meals of hot stew Friday night.

He included a video, in which a masked lieutenant in the Pennsylvania National Guard gave thanks to the local community for the support.

“You’ve been going out of your way to take care of us, giving donations, food, coffee, things like that to help support the troops, and we really do appreciate it, guys,” the lieutenant said. “Thank you so much.”

Late Saturday, a political commentator tweeted that he ran into a National Guardsman and asked if his team was being fed.

“Yes sir,” the man replied. “@chefjoseandres already brought us something.”

Best thing I’ve heard all week: asked a National Guardsman at my corner if his team was being fed and taken care of. His reply: “Yes sir, @chefjoseandres already brought us something.”