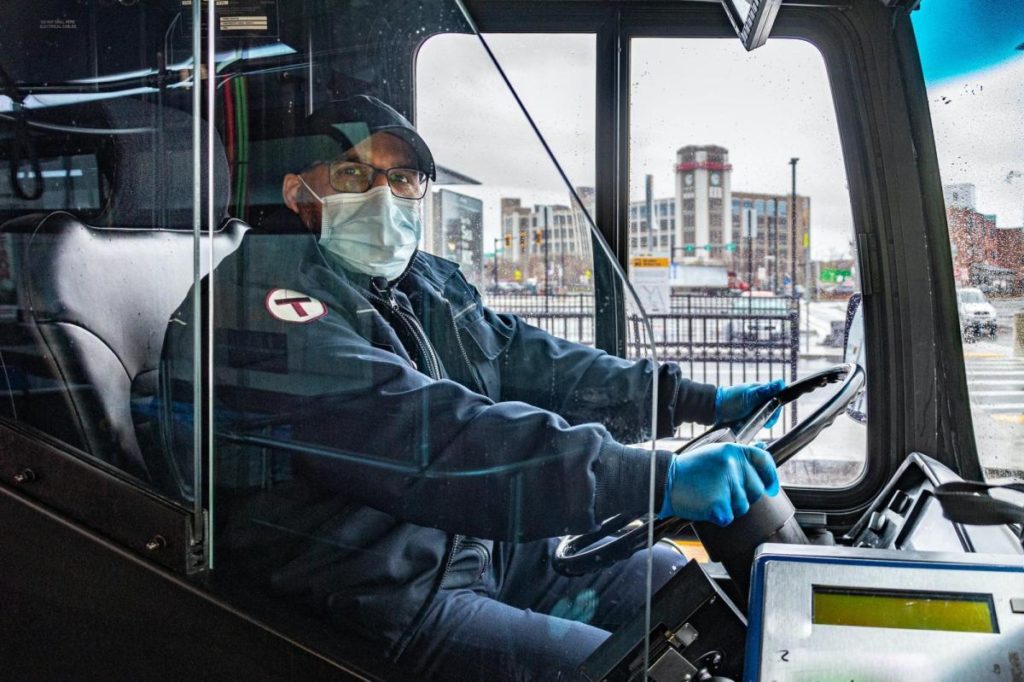 As the MBTA’s governing board gets ready to vote on a dramatic austerity package for the Boston region’s transit services, independent advocacy groups and business organizations are diving into the T’s budget numbers and raising doubts about the agency’s budget projections, and whether service cuts are really necessary.

The MBTA is facing an estimated budget shortfall of about $600 million in its fiscal year 2022 budget, mostly from the loss of fare revenue as riders continue to stay at home during the pandemic.

In order to help balance its budget, the T has proposed a substantial and wide-ranging reduction or elimination of its services: in the current proposal, the T’s ferry routes and dozens of lower-ridership bus routes would be eliminated, commuter rail lines would stop running nights and weekends, and several rail stations, including a portion of the Green Line in Mission Hill, would close.

But while those cuts would have a massive impact to the T’s riders, it’s been an under-appreciated fact that they would make a relatively minor dent in the T’s budget shortfall. Altogether, the proposed service cuts would generate about $100 million in savings for the year – about one-sixth of the agency’s expected shortfall.

The rest would be addressed through administrative savings and by delaying large construction projects, which would let the agency shift money from its relatively well-funded capital projects budget into the struggling operational budget.

In the past week, two organizations, the MBTA’s official Advisory Board and the business organization A Better City, have published detailed critiques of the MBTA’s budget projections and planned service cuts.

A fundamental question raised by these critiques is whether the proposed service cuts, which will make a relatively small difference to the T’s bottom line, are really worth the negative impacts they’ll impose on riders and the regional economy.

Instead, the two reports offer alternative budget fixes that would impose much smaller impacts to riders.

Both organizations recommend that the T should seek reimbursements from FEMA for its COVID-19 related cleaning and personal protective equipment costs. The A Better City report estimates that this could generate an extra $44 million next year.

A Better City further recommends that the MBTA use a more optimistic scenario for the return of ridership to the MBTA. The T is currently assuming a low-ridership scenario that was developed before the recent vaccine breakthroughs, and assumes that T ridership will remain under one-third of its historic ridership levels through next summer.

A more optimistic “scenario 2” now seems more realistic: that scenario presumes widespread availability of a COVID-19 vaccine by next spring, and the return of most workers to their workplaces (albeit with much higher levels of remote work) by next fall. Under that scenario, the T would collect higher fares and erase $75 to $100 million from its budget shortfall.

“The proposed cuts would strand riders, hinder our region’s economic recovery, jeopardize the return of the workforce, and delay our climate goals,” said Rick Dimino, President & CEO of A Better City, in a press statement accompanying his organization’s budget recommendations. “Transit is essential and the MBTA should be revving our economic recovery—not stalling it.”

At Monday’s Fiscal and Management Control Board meeting, MBTA General Manager Steve Poftak hinted that the T was open to keeping more transit service running in light of overwhelming public opposition to elimination of transit routes, plus more optimistic news in vaccine development and a possible federal aid package.

“We’re keeping careful track of the timing for the introduction and distribution of vaccines … compared to when we started this process, there is a more optimistic viewpoint now. And in the short term I think there is room for a little more optimism for a federal stimulus package.”

Poftak said that he would offer a presentation on an “initial round” of service reductions to the board at its next meeting on December 14, but he also said that that the agency would like to defer some service decisions “until the (fiscal year) 2022 budget process,” which would begin in a few months.