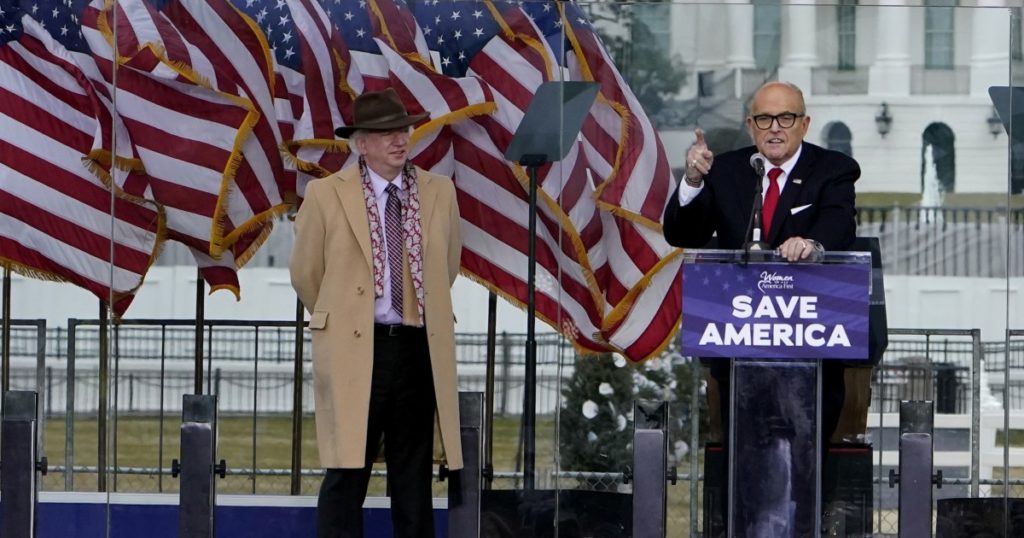 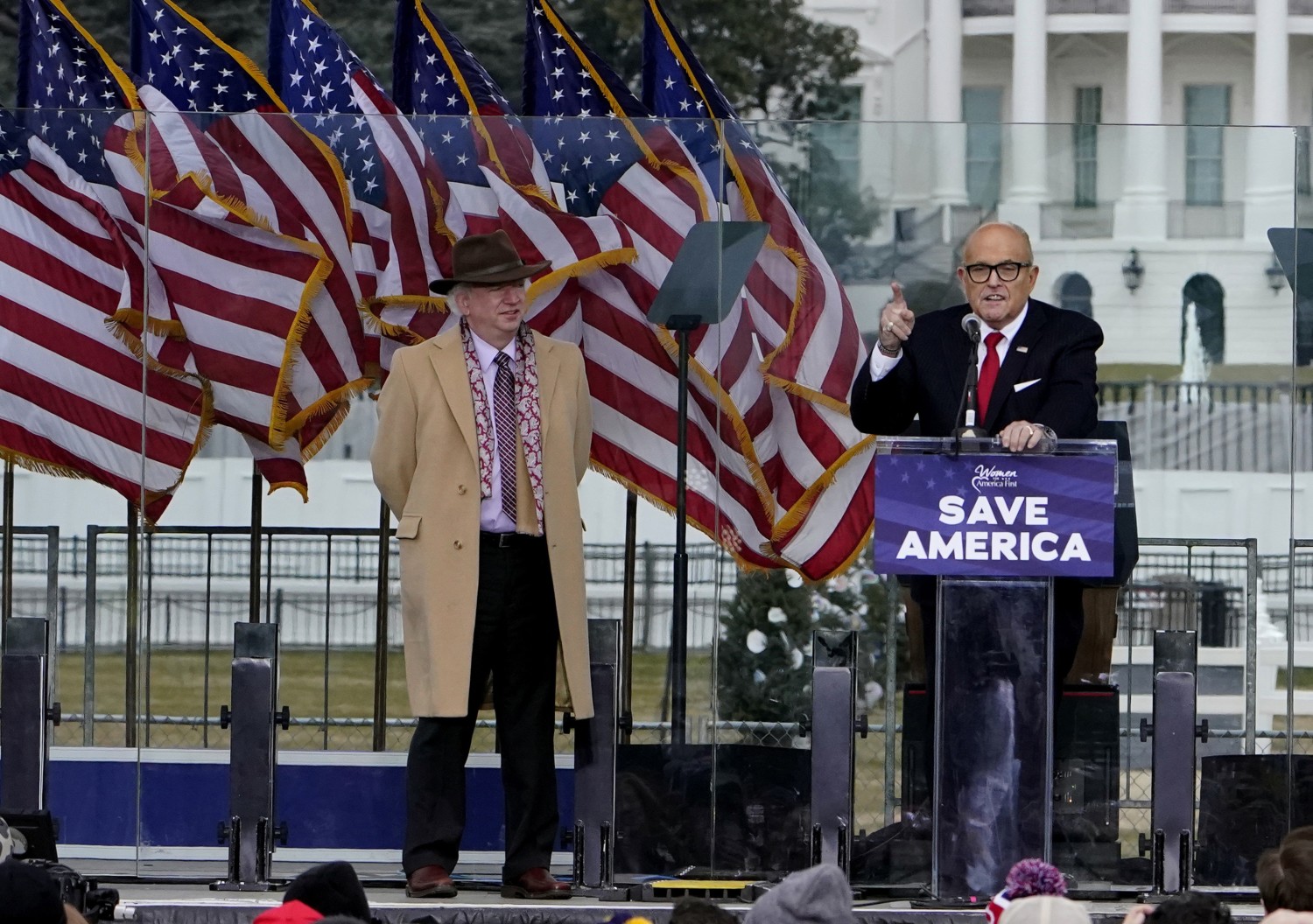 Chapman University’s president says he cannot and will not fire a professor and former law school dean amid growing campus calls for action against the faculty member’s participation in a pro-Trump rally during which he made claims about election fraud on the day a violent mob stormed the Capitol.

“They were unloading the ballots from that secret folder, matching them, matching them to the unvoted voter, and voilà, we have enough votes to barely get over the finish line,” Eastman said at the Jan. 6 rally. “We saw it happen in real time last night and it happened on Nov. 3rd as well.” Two Democrats won U.S. Senate seats in closely contested runoff elections Jan. 5.

A Jan. 8 letter signed by more than 160 Chapman faculty members called for the university’s faculty senate, provost, president and law school dean to take action against Eastman, including stripping him of his endowed professorship and removing him from teaching students.

“Free speech is sacred, and tenured academics like Eastman have the privilege of speaking their mind without fear of repercussion. But Eastman abused that freedom,” they wrote, saying that his conspiratorial claims about a stolen election formed the basis of the insurrection.

In his first statement, issued Friday, Struppa said Eastman “played a role in the tragic events in Washington, D.C., that jeopardized our democracy.”

“Eastman’s actions are in direct opposition to the values and beliefs of our institution,” Struppa said in the statement. “He has now put Chapman in the position of being publicly disparaged for the actions of a single faculty member.”

But Struppa said he would follow the guidelines laid out in the faculty manual — which in his second statement Saturday said allowed for the termination of faculty members if they are found guilty of a felony or disbarred. “The university has no right to substitute itself for these formal bodies,” he said.

Lisa Leitz, department chair of peace studies at Chapman and a lead author of the faculty letter, said in an interview that Eastman’s “outright lies related to electoral fraud” amounted to a violation of academic integrity and professional misconduct, which can be grounds for disciplinary action, according to the faculty manual.

“Academic freedom is sacrosanct in our business … but inciting a riot that attempts to overthrow a government — it’s a little different than just speaking your mind in politics,” Leitz said.

In an emailed response, Eastman said his claims are backed up by evidence, and that the breach at the Capitol was instigated by the leftist, anti-fascist group known as antifa.

“Without bothering to check with me about the evidence I have to support every statement I made, they simply made scurrilous, defamatory, and unfounded claims that my statements had no basis in law or fact,” Eastman wrote.

There has been no evidence of widespread voter fraud in the presidential election, nor that leftist extremist groups led the violence at the Capitol last week.

A university spokesperson did not respond to questions about whether any investigatory or disciplinary process had begun in Eastman’s case, but if one had, such personnel matters are usually confidential.

Eastman is on leave from Chapman this year and serving as a visiting professor at the University of Colorado Boulder. Boulder Chancellor Phil DiStefano called Eastman’s advocacy of conspiracy theories “repugnant” but said he would not fire him, citing First Amendment protections, according to local newspaper The Daily Camera.

Eastman, who has testified before Congress about presidential impeachment and written extensively about freedom of religion, citizenship and immigration, served as dean of Chapman’s law school from 2007 to 2010. He stepped down to pursue a bid for California attorney general the year that Kamala Harris was elected to the position.

This is not the first time Eastman has been caught up in controversy. Faculty members called his December filing of a brief on behalf of Trump asking the Supreme Court to overturn the election results “an embarrassment” and “contrary to the core values of this university.”

And last August, members of the Black Student Union led a protest against racism at Chapman, including over an essay by Eastman in Newsweek in which he questioned Harris’ birthright citizenship and eligibility to become vice president. Newsweek later apologized.

Alison McKenzie, president of Chapman University’s faculty senate, said the senate plans to hold an emergency meeting Friday to vote on a resolution acknowledging faculty members’ right to due process but urging the university to separate itself from Eastman’s statements and to explore the possibility of terminating his endowed professorship and preventing him from teaching especially vulnerable students who may feel uncomfortable working with him.