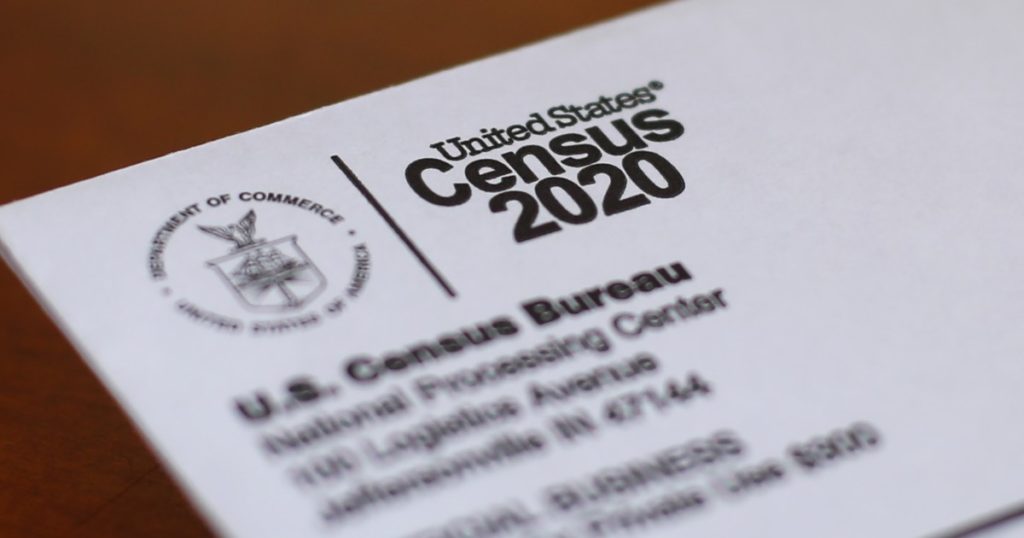 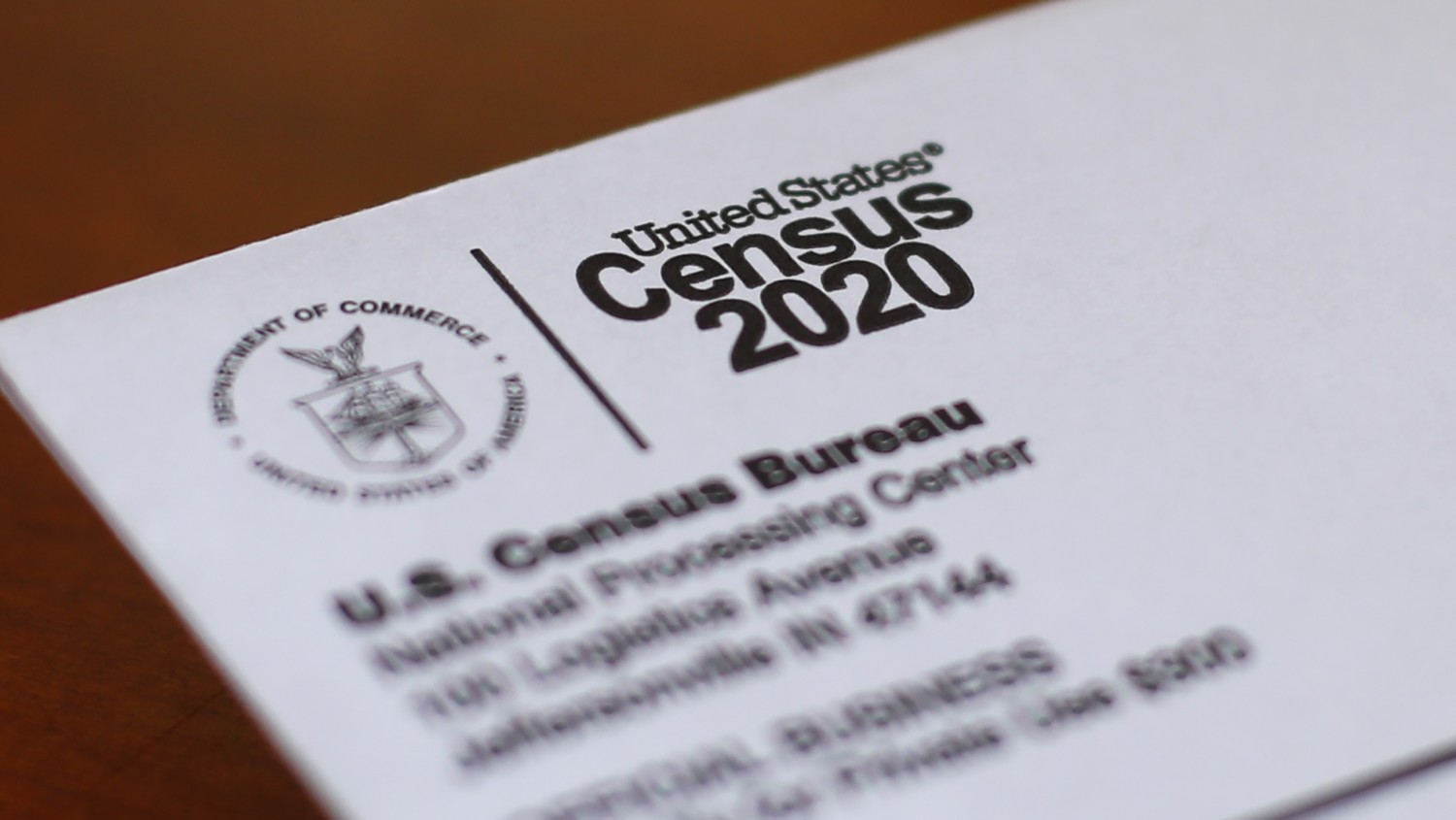 The U.S. Census Bureau released detailed data Thursday on last year’s population count, paving the way for a frenzied rush to redraw congressional and legislative districts and shape the political landscape for the next decade.

The local-level results, which had been delayed because of the pandemic, also provide an updated picture of the country’s diversifying demographics. White people make up 57.8% of the total population, the largest racial or ethnic group in the nation, but that group’s share of the overall populace declined from the previous census.

Latinos make up 18.7% of the country’s population, the second most prevalent group overall; in California, Latinos were the largest ethnic group, making up 39.4% of the state’s residents.

“Our analysis of the 2020 Census results show that the U.S. population is much more multiracial and more racially and ethnically diverse than what we have measured in the past,” said Nicholas Jones, director of race and ethnicity outreach for the Census Bureau’s population division.

The findings show the national population increasing by 7.4% over the last decade — the second slowest rate of growth, after the Great Depression era, in the country’s history.

The first round of census data, released in April, revealed which states gained or lost seats in Congress based on their populations. This time, the information is more granular, examining how counties, cities and communities gained or lost residents. The slowdown in growth was particularly pronounced on the county level, with 52% having fewer residents in 2020 than they did 10 years ago. Population increases were concentrated largely in metro areas.

It will take days or weeks for states, universities and political operatives to process the raw data into a user-friendly format that can be plugged into map-making programs. Then the haggling over district boundaries can begin in earnest.

While drawing lines has always been an exercise in consolidating power, this cycle is expected to be especially contentious because of a hyperpolarized climate and a compressed time frame. The consequences will lock in the political map until the 2030 Census and more immediately set the stage for next year’s battle for control of the U.S. House of Representatives. With Democrats holding such a narrow margin in the House, some analysts expect that Republicans can pick up enough seats in 2022 to win the majority just through partisan gerrymandering alone.

Josh Silver, chief executive of RepresentUs, a nonprofit group that backs redistricting reform, predicted that politicians will use the results to create advantageous districts “more severely than they ever have.”

“That’s a tall order when you consider that … the current gerrymanders in the United States are so bad you can actually draw the alphabet with congressional districts,” Silver said, referencing some idiosyncratically-shaped districts. “And it’s about to get worse.”

The decennial redistricting process has typically been steered by state legislatures, whose motivation is to protect incumbents and hamper partisan opponents. Republicans effectively control the map-drawing in 20 states, overseeing 187 House seats, according to the Associated Press, versus 75 seats in eight states for the Democrats. The remaining districts will be determined by independent commissions and states where power is split between the two parties. (Six states have only one district.)

The ripple effects of the delayed data release have been apparent for months, as candidate recruitment, fundraising and messaging to voters have been complicated by districts’ unknown boundaries. But the process of drawing maps got underway even without the population detail, said Michael Li, a redistricting expert with the Brennan Center for Justice at NYU Law. There have been public overtures such as meeting with communities to get feedback on what changes they’d like to see from the current maps, as well as strategizing behind closed doors.

“I guarantee you that in almost every state, partisan interests have gone ahead and started drawing maps,” Li said. “They’re trying to figure out what they can do and what they can get away with.”

Even with all the ongoing action, the Census Bureau data release on Thursday marks an important milestone, said Matt Rexroad, a Republican redistricting consultant based in Woodland, Calif.

“Those maps will start appearing to be more functional, because they have real data behind them. Suddenly, they’ll start to matter, so people will flip out even a little bit,” he said.

In California, much of the focus will be on the boundaries of 52 congressional districts, which all must be roughly the same size in population. With the state losing a congressional seat for the first time in its history, many political observers are watching which region — and which incumbent politicians — may be disadvantaged by the new maps. The lost district is likely to come out of Los Angeles County, which lost population, but the panel will have to decide if it will cut into majority-Latino districts or those typically represented by Black lawmakers. That could dampen political power for those groups, which might violate the federal Voting Rights Act (even though it was weakened by a 2013 Supreme Court ruling) and also be politically toxic for the commission.

Instead, the panel may decide to reconfigure the 25th Congressional District around Santa Clarita, a swing seat represented by Republican Rep. Mike Garcia. Boundaries in Orange County could also change, such as Rep. Katie Porter’s district, which will have to shrink in order to bring its population in line with other congressional districts.

Porter’s district also includes UC Irvine, which is among the areas to watch because the pandemic caused campuses to shut down as the census was underway. Places decimated by wildfire, notably Paradise, are also likely to see large population drops.

Much of the focus during redistricting is on Congress. But the new Census data will also prompt the drawing of districts for the state Senate and Assembly, county boards of supervisors, city councils, school district boards of education, water districts and countless other bodies that affect Californians’ day-to-day lives.

Those lines will be drawn with public input and largely with widely-available mapping software, noted Paul Mitchell, a Sacramento-based Democratic redistricting expert, making it harder to simply protect incumbents.

Interest groups, such as labor unions and business associations, will likely also propose congressional maps in coming weeks, and the independent commission should release draft maps in late November. The final maps for Congress, the Legislature and the Board of Equalization were slated to be completed around Christmas, after the state Supreme Court granted the panel extra time to finish their work. The commission is now requesting the court extend the deadline to Jan. 14.

“It’s an exciting day because we are receiving the much-awaited census data,” said Sara Sadhwani, an assistant professor of politics at Pomona College and one of 14 members of the California Citizens Redistricting Commission.

While the panel must wait for UC Berkeley to format the data, “we can start planning out our process a little bit more clearly,” Sadhwani said.

Nationally, 18 states have either redistricting or election deadlines that require the maps to be completed by fall or early winter. Another 14 are anticipated to wrap their work by the end of this year, meaning that all told, a large majority of states will be scrambling to finalize new districts in just a few months.

Even after maps are drawn, the power struggle is likely to continue in the courts. Multiple lawsuits have already been filed in anticipation of impasses over new lines in states where control is divided between Democrats and Republicans.

Legal challenges may be hobbled, however, by a 2019 Supreme Court decision that found that partisan gerrymandering was a political question, and therefore beyond the reach of federal courts.

“The Supreme Court’s decision has opened up the door to a lot of gerrymandering, which fits the moment in a lot of ways,” said Li, of the Brennan Center. “I think people are scared. Politics feels existential, like a zero sum game, and it’s particularly ominous for communities of color.”