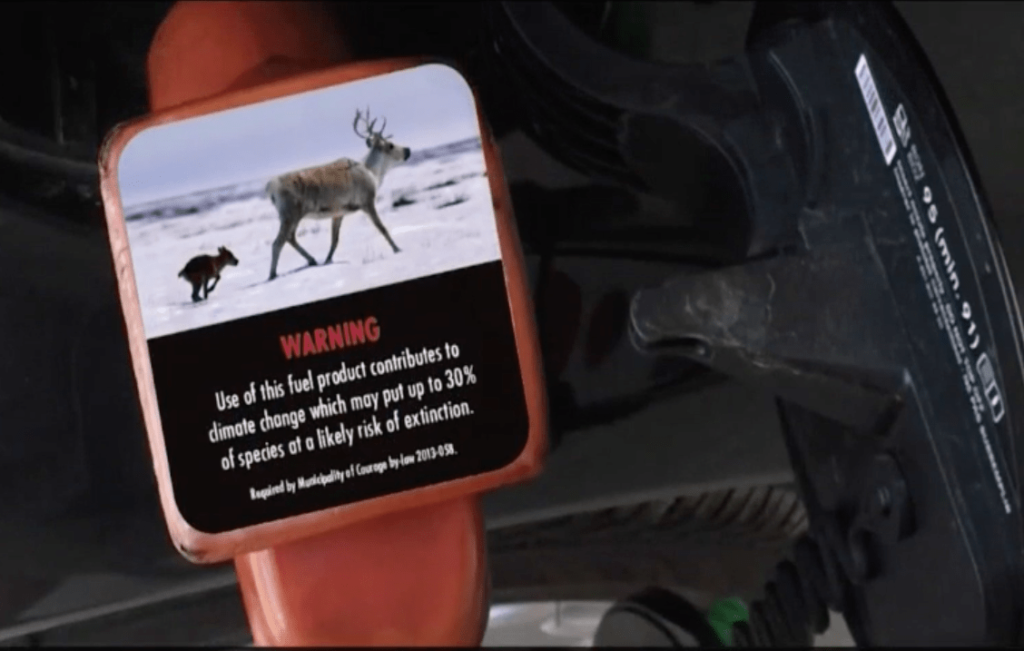 The city of Cambridge will soon become the first American jurisdiction to put warning labels on gas pumps to remind drivers of their impact on the planet. That made us wonder: why stop there?

The Massachusetts ordinance passed back in January, but the city is reportedly in the process of finalizing designs for the advisory notices, which we can only hope will manage to illustrate what car emissions do to literally all life on earth with the same disturbing accuracy as cigarette warning labels that depict what Marlboros do to a human lung.

But, of course, climate change isn’t the only damage wrought by car dependency — and we think lots of other elements of our auto-obsessed culture deserve a label that make drivers think twice.

Photoshop nerds, feel free to create your own and tag us on social media.

The skyrocketing popularity of SUVs and pick up trucks is a proven contributor to our accelerating pedestrian death crisis — so much so that other countries are trying to stop the import of American-made megacars to their roads. In the absence of standards vehicle safety standards (wouldn’t that be nice?), at the very least, drivers should know they’re buying a death machine that kills 100 percent of pedestrians it hits when the driver travels faster than 40 miles per hour.

Horrifically popular among law enforcement officers in particular, “bull bars” or “push bars” are exert 10 to 15 times more force on a child’s head in the event of a crash than an unmodified front end. And they serve no purpose besides making drivers look like aggressive jerks.

Ironically, labeling this unmarked crosswalk with a warning, would…y’know…mark it. (But autonomous vehicles still probably wouldn’t be smart enough to read it.)

More and more cities are installing quivers of pedestrian warning flags that walkers are expected to wave as they cross an unsignalized street. This is just dumb.