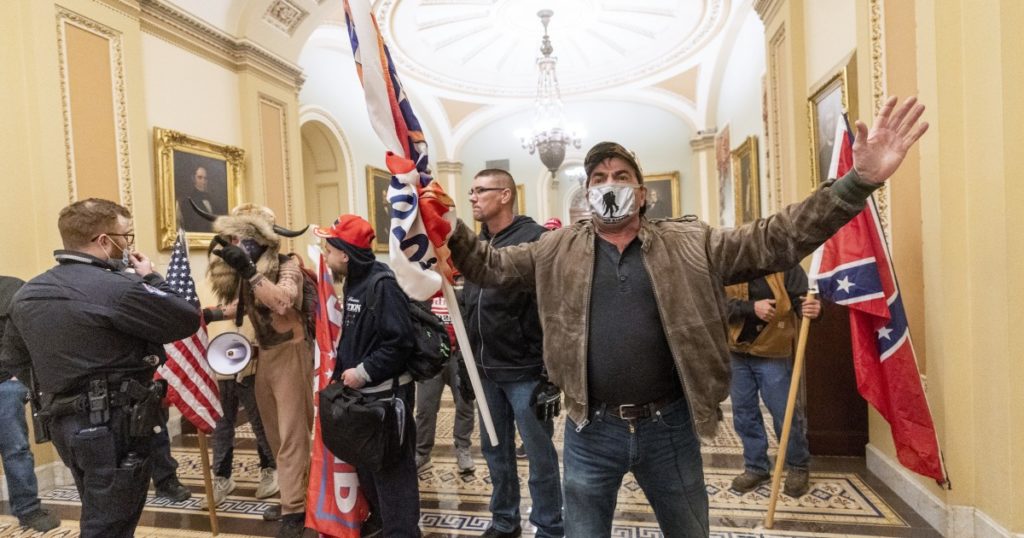 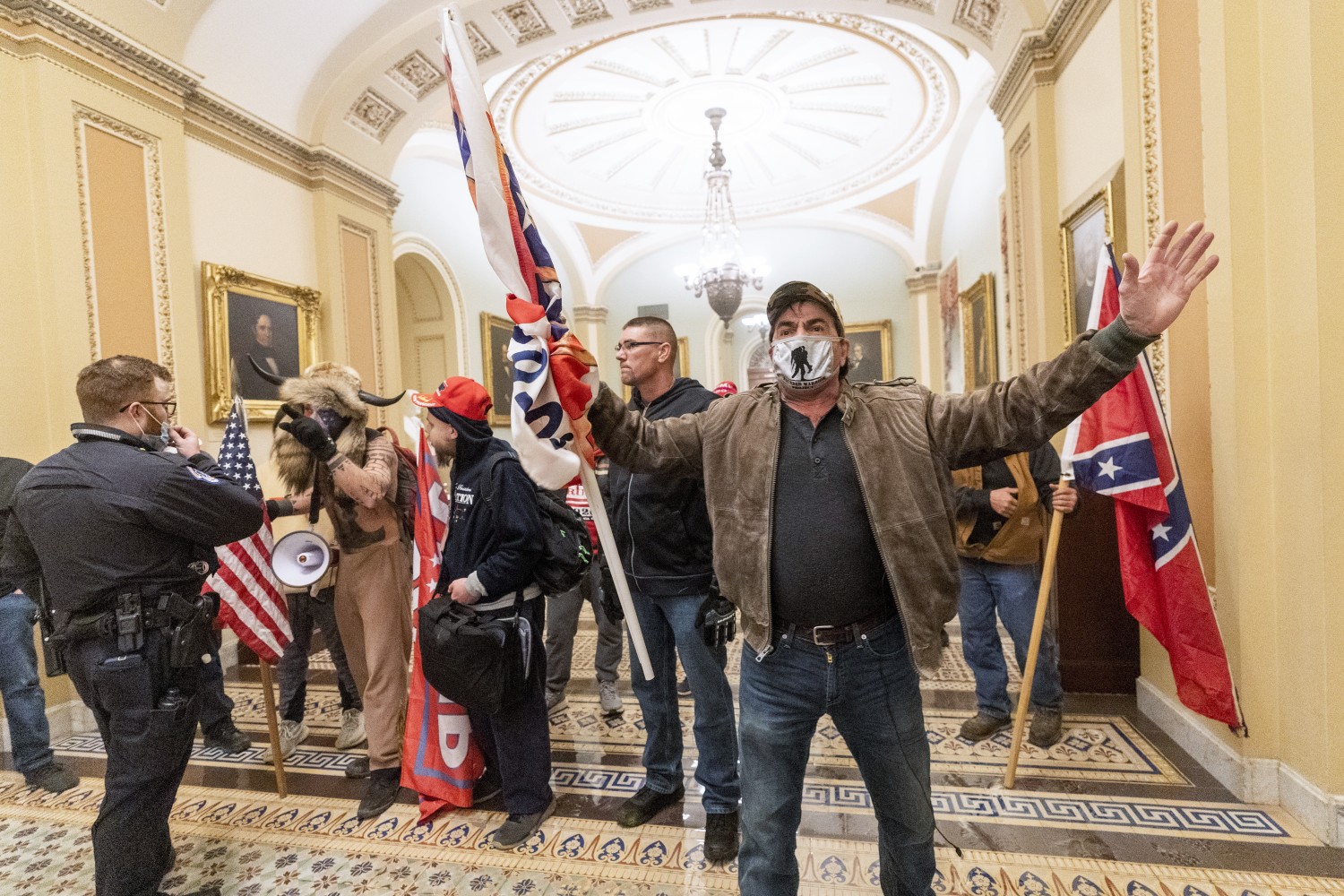 Pro-Trump extremists who stormed the U.S. Capitol last week aimed to “capture and assassinate elected officials,” with one rioter leaving a note for Vice President Mike Pence warning “justice is coming,” federal prosecutors wrote in a court filing that provides the most detailed explanation yet for what the mob planned that day.

Though a top Justice Department official said Friday the investigation was still in its early stages and there was “no direct” evidence rioters had such objectives, the chilling details were laid out in court papers.

The documents seemed to confirm lawmakers’ fears that the situation was potentially more dire than it seemed on Jan. 6, when a mob forced its way into the Capitol during the official counting of electoral votes that cemented President-elect Joe Biden’s victory.

The rioters vandalized the building and ransacked offices after forcing senators and House members to evacuate and take shelter. Five people, including a Capitol Police officer, died.

Since the attack, the nation’s capital has been locked down and transformed into an armed encampment of police officers and National Guard troops protecting buildings and blocking roads to prepare for Biden’s inauguration next week.

Federal authorities are racing to capture those involved in the siege, and have expressed concerns that pro-Trump extremists may turn to softer targets in an effort to disrupt the inauguration or to avenge the shooting death of a rioter during the Capitol attack.

“Since the January 6 insurrection, violent online rhetoric regarding the inauguration has increased,” federal prosecutors wrote in a late Thursday court filing, “with some calling for unspecified ‘justice’ for the fatal shooting by law enforcement of a participant who had illegally entered the Capitol Building.”

The details of the rioters’ plot and potential for future violence were disclosed Thursday night by federal prosecutors in Arizona as they sought to keep Jacob Chansley, 33, in custody. He is one of nearly 100 people already facing criminal charges in the attack. A top federal prosecutor in Washington said Friday that nearly 275 investigations had been opened.

Chansley was among the most noticeable rioters: He was photographed entering the Capitol and standing on the Senate dais with a 6-foot spear, wearing a horned coyote fur headdress. He was arrested Saturday in his hometown of Phoenix and has been indicted on charges of impeding Congress, violent entry and disorderly conduct.

In seeking to have Chansley detained pending trial, federal prosecutors painted an ominous picture of the diehard Trump supporter, calling him a leading figure of “an insurrection attempting to violently overthrow the United States government.”

They said Chansley left the threatening note about “justice” for Pence just minutes after the vice president had been hustled away. Agents said Chansley told them he believed the vice president was a child-trafficking traitor, and they determined he was a rabid promotor of the QAnon conspiracy theory, which claims “that Satan-worshipping cannibalistic pedophiles are running a global child sex-trafficking ring and plotting against President Donald Trump,” prosecutors wrote.

“He felt,” Watkins continued, “like he was answering the call of our president.”

The situation has grown more tense as House Democrats, joined by 10 Republicans, voted Wednesday to impeach Trump, alleging he encouraged the mob to storm the Capitol.

House Minority Leader Kevin McCarthy (R-Bakersfield) urged members of his caucus not to speak out against colleagues who voted for impeachment because constituents could lash out and further endanger their lives.

In response, and with the upcoming inauguration — which will be largely virtual due to the COVID-19 pandemic — members of Congress have taken steps to beef up their own security, as have local and state lawmakers.

Rep. Peter Meijer (R-Mich.), who voted for impeachment, told MSNBC on Thursday that he and others were changing their routines and ” working to get body armor.”

“It’s sad we have to get to that point,” Meijer said. “But our expectation is that someone may try to kill us.”

In a phone interview on Friday, Rep. Jared Huffman (D-San Rafael) said he and other lawmakers had boosted security at their homes and district offices. Some colleagues, he said, had hired private security guards and temporarily moved out of their family homes.

“I don’t want to get too specific about this for security reasons, but many of us are not even in our homes right now,” he said, noting that he was speaking from an undisclosed location. “People are doing really creepy things. Finding out where lawmakers live and leaving menacing messages. Sending notes that are postmarked in an anonymous way.”

The FBI and the Capitol Police are advising lawmakers on protecting themselves, particularly members of Congress who have long been targets of far-right and antigovernment extremists. Lawmakers have also consulted with local law enforcement agencies in preparation for the possibility that violence aimed at lawmakers could spill over into their districts.

Huffman has closed all five of his district offices to protect his staff.

“Our offices are targets,” he said. “You take turns being the designated one to go in there and retrieve the mail and get the heck out.”

House Speaker Nancy Pelosi (D-San Francisco) said in a news conference Friday that if any Congress members had helped the rioters, they should be punished. She was responding to an allegation from Rep. Mikie Sherrill (D-N.J.) that some Republican members had given “reconnaissance” tours of the Capitol to pro-Trump extremists the day before the siege.

“If in fact it is found that members of Congress were accomplices to this insurrection, if they aided and abetted the crimes, there have to be actions taken beyond the Congress, in terms of prosecution for that,” Pelosi said.

Pelosi announced she had tapped Russel Honoré, a retired Army lieutenant general, to conduct a systematic review of the Capitol’s security and what went wrong Jan. 6.

A career officer who retired in 2008, Honoré is known for his blunt assessments and no-nonsense style. A native of Louisiana, he took command of the military response to Hurricane Katrina in 2005 and was credited with quickly injecting urgency and levelheadedness into a foundering relief effort in New Orleans.

He has been critical of the Trump administration, including for its response to Hurricane Maria, which devastated Puerto Rico in 2017.