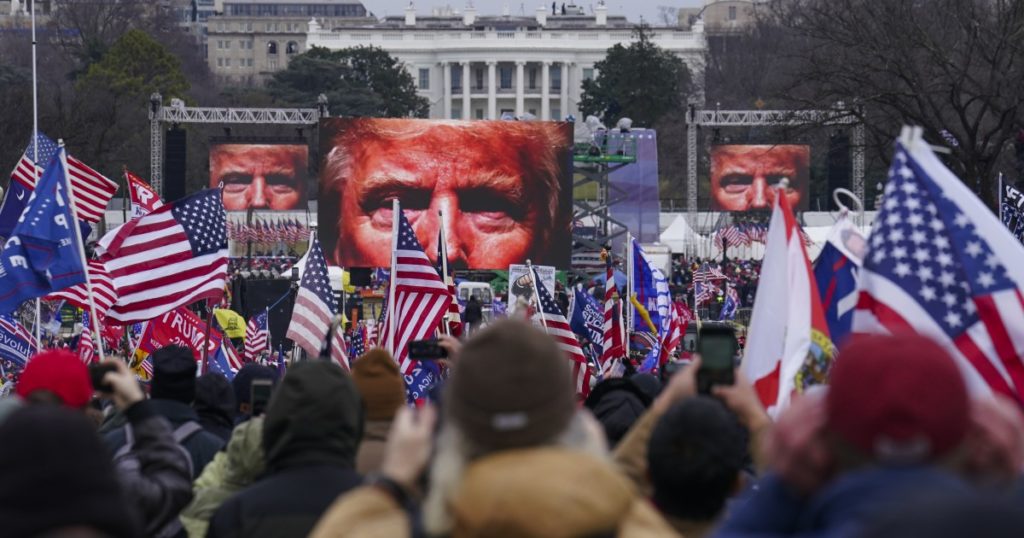 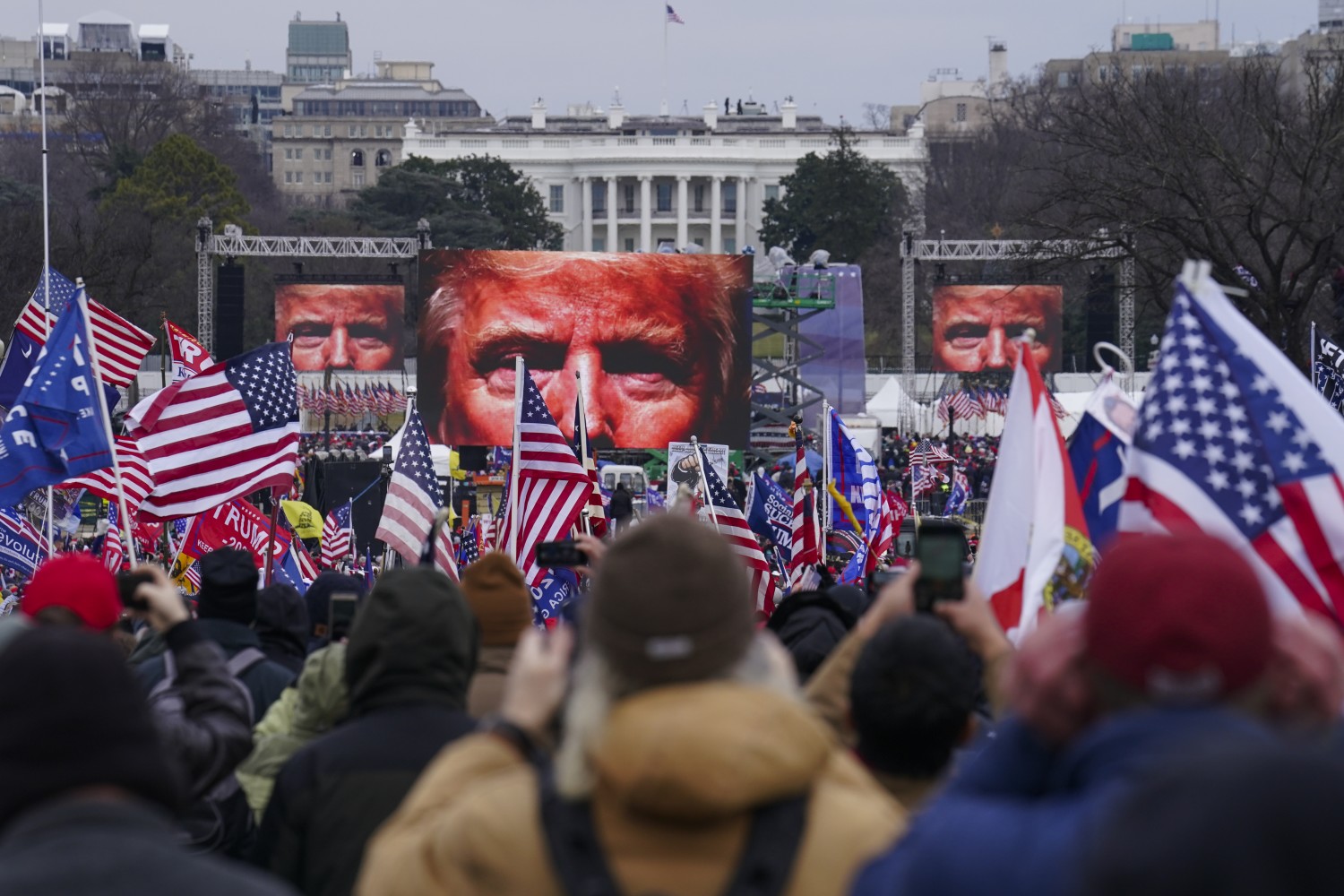 President Trump’s role in inciting a deadly siege on the Capitol this week has given new urgency to a question that has been building throughout his presidency: Is he a security threat to the very country he was elected to lead?

A growing number of national security veterans, including many who worked in his administration, have come to view the answer as yes, and worry he may yet inflict further damage before he leaves office Jan. 20.

“Even though I think the military is a check here, it doesn’t mean he can’t take some steps that could jeopardize our security,” said Leon E. Panetta, a former CIA director, Defense secretary and chief of staff in Democratic administrations.

Almost all say Trump poses a threat to U.S. security. Broadly, they view his instigation of violence against another branch of government as the deadly culmination of more than four years of inflammatory rhetoric, grievance, unpredictability and outright lies. Most said Wednesday’s attack, which left at least five dead, should be considered domestic terrorism.

The officials say that Trump’s actions potentially could threaten the United States in multiple ways: by encouraging his hardcore followers to instigate more violence; by disrupting and distracting the nation’s military and security systems in a way that could be exploited by foreign terrorists or nations; and by his own impulsive and erratic actions that could plunge the country into war or trigger some other disaster.

“What would this president do over the next days if it happens again — if a domestic or foreign enemy attacks any element of this country?” said Tom Bossert, Trump’s former homeland security advisor, who left in 2018. “I don’t get the impression he would do a damn thing, and I find that to be alarming.”

John Kelly, a retired four-star Marine Corps general and Trump’s former chief of staff and first Homeland Security secretary, said that Trump’s incendiary rhetoric before the riots on the National Mall was not out of character, but that the president must be held accountable for what resulted.

“I certainly was not surprised at what he said — that’s him,” Kelly said. “I am surprised that American citizens took that to mean we can go to the Capitol and kick in doors and urinate on the House floor.”

Some Washington leaders fear Trump’s instability could even risk nuclear war. House Speaker Nancy Pelosi (D-San Francisco) said Friday she had spoken with Chairman of the Joint Chiefs of Staff Mark A. Milley “to discuss available precautions for preventing an unstable president from initiating military hostilities or accessing the launch codes and ordering a nuclear strike.”

Others emphasized the need to keep closer tabs on Trump’s most fanatic and potentially violent followers.

“Nearly twenty years after 9/11, we still clearly have massive gaps in the federal government’s terrorism preparedness and response capabilities,” Thompson said. “It is more clear than ever that President Trump is a direct threat to the homeland each remaining minute he is in power.”

The International Crisis Group issued a report Thursday advising “how to safeguard the United States’ people and institutions, and for that matter global peace and security, from the U.S. president.”

Congressional leaders and lawmakers from both major parties have called for Trump to resign, and failing that, to be forcibly removed, by either the invocation of the 25th Amendment or new impeachment proceedings. But they are up against the calendar and persistent opposition from some Republicans.

Before the attack on the Capitol, Panetta and nine other former Defense secretaries signed a public letter calling on the military to refrain from political actions that could undermine the transition between presidents. After the attack, scores of State Department employees filed a formal dissent memo Friday calling on Secretary of State Michael R. Pompeo to denounce the president and the violence.

Trump’s fourth national security advisor, Robert O’Brien, confirmed to The Times on Thursday night that he remained in the job. He did not answer questions on his concerns over the security consequences of Wednesday’s violence, the president’s role in it, or whether he could rule out his own resignation.

Days after Trump won in 2016, O’Brien — who never endorsed Trump — said he would be constrained by the Constitution and the courts. “I have no doubt Donald Trump will grow into the office,” he said then.

Rita Katz, director of SITE Intelligence Group, which monitors terrorist communications, said that right-wing militias in the United States and Islamic State propagandists alike were emboldened by the breach of the Capitol.

“Crusader America will be more distracted with itself and that this internal political conflict will compel its leaders to reduce spending on resources to wage war on Muslims,” the terrorist group’s propagandists wrote.

A former senior National Security Council official condemned the violence but defended the president. Still, the official said, “knowing what we know now,” the criticism that Trump’s security officials did not do enough to push back “may be valid.”

“The word unprecedented is not strong enough” for Trump’s actions, the former official said. “In my time working reasonably closely with the president I never saw behavior like this.”

Olivia Troye, who was Vice President Mike Pence’s counterterrorism and homeland security advisor before resigning over the administration’s handling of COVID-19, pushed back against Trump supporters and officials now attempting to distance themselves from a president whose flair for stirring up his followers has been evident since he took office.

In a 2019 attack at a Walmart in El Paso — Troye’s hometown — a shooter killed 23 people, targeting Latinos and echoing Trump’s xenophobic rhetoric in a manifesto. Troye was at work in Washington that day; her aunt was inside the store.

Troye thought the administration would forcefully denounce white nationalist extremism — and she spoke to Marc Short, Pence’s chief of staff, hoping Pence, not Trump, would be the one to do it.

“I knew [Trump] would turn it into a circus and spectacle, and that’s exactly what he did,” Troye said.

Janet Napolitano, a former Homeland Security secretary under President Obama and recent president of the University of California, was at a workshop in California on national security and climate change Wednesday when her phone started pinging nonstop with texts.

“I think Trump has been building for this kind of moment for months and years,” she said.

Michael Chertoff, the second-ever Homeland Security secretary in the George W. Bush administration and a former federal judge and prosecutor, said that one long-term effect of Wednesday’s mob insurrection is that federal investigators will have to approach these radical factions of Trump supporters “like they would any other domestic terrorism group” and focus on intelligence gathering to prevent more attacks.

Like other former Cabinet members who quit the administration, Kelly measured his own effectiveness in large part by what he prevented the president from doing.

He believes that invoking the 25th Amendment should be considered to remove Trump, but said his “strongest recommendation” was for officials to stay on, rather than resign.

“We still have a country that has to function,” he said.