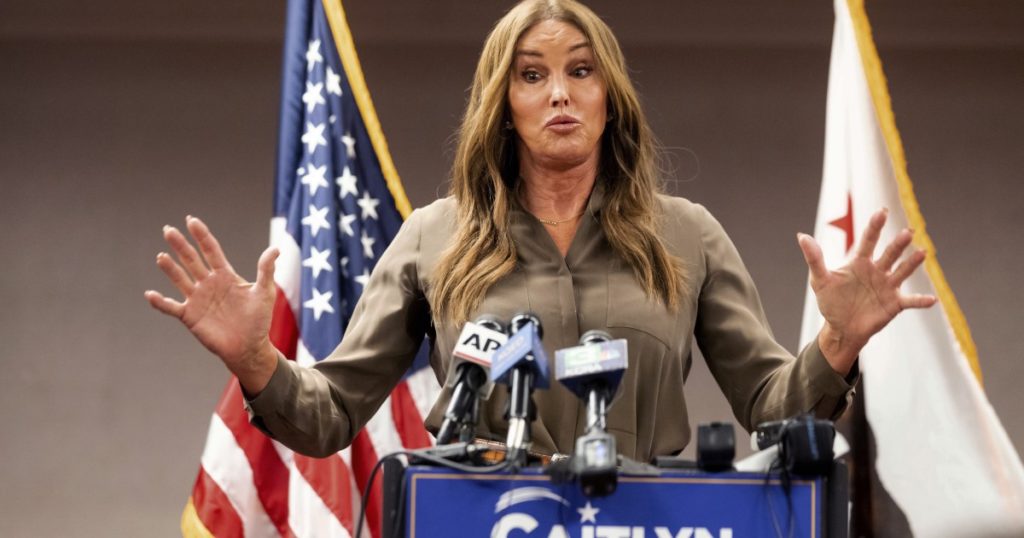 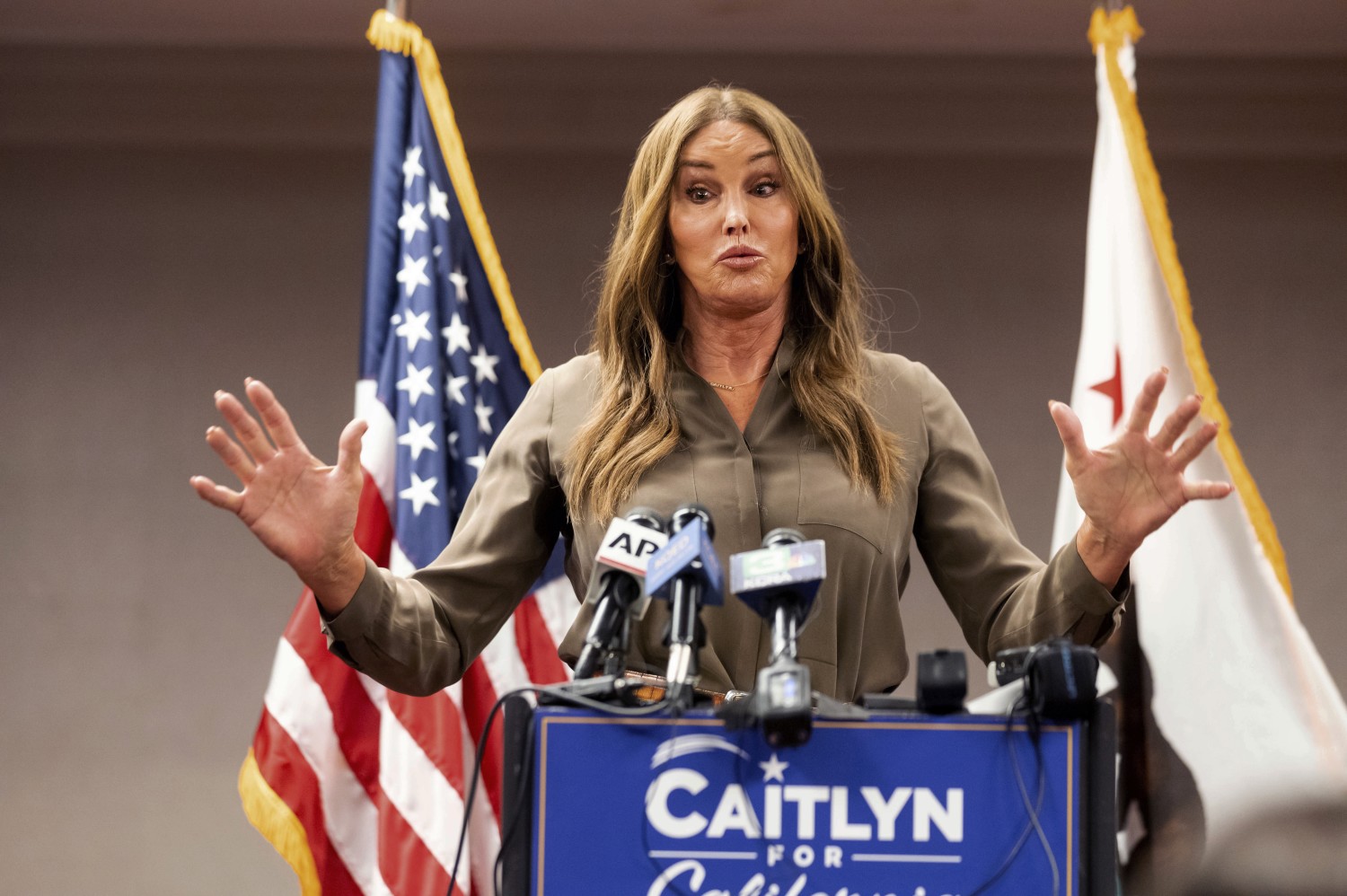 California voters are getting an unprecedented peek at the personal finances of the candidates seeking to replace Gov. Gavin Newsom in September’s recall election, after hundreds of pages of documents were published online detailing salaries, investments and taxes paid over the last five years.

The far-reaching disclosure was quietly carried out Sunday by state elections officials under a 2019 state law originally designed to force tax disclosure by then-President Trump — a provision struck down in both federal and state court, leaving in place the mandate for gubernatorial elections in California.

Newsom, who could be removed from office before his four-year term ends, has already disclosed several years of personal income, including $1.7 million in 2019 and supported similar transparency from his recall opponents. Even so, the law he signed two years ago says it applies to candidates seeking to be included on “a direct primary election ballot,” leaving an open question as to whether a recall election should be treated the same way.

Of the leading GOP contenders, reality television star and former Olympian Caitlyn Jenner reported the highest combined earnings with an income of more than $5.5 million from 2016 through 2019, largely from television appearances and her entertainment and publishing companies.

Jenner’s publishing company, CJ Memories Inc., brought in $1.5 million in 2017, presumably from her book, “The Secrets of My Life,” published that same year. The memoir reveals her struggles with gender identity and the effect it had on her three marriages, also providing a glimpse of her life as a member of the Kardashian family when the reality show “Keeping Up With the Kardashians” launched them into worldwide fame.

The candidate, who left the state last week for a reality TV show appearance in Australia, did not provide a 2020 tax return. A spokesperson for Jenner did not respond to questions about that or any other information in the tax returns.

The television star did not donate to charity in 2019 but gave a total of $446,000 during the three prior years. Most of the donations went to the Caitlyn Jenner Foundation, which has provided funding to the Elton John AIDS Foundation, the University of Texas in support of social justice and the prevention of gender discrimination, and Trans Chorus LA. In 2016, Jenner donated her Porsche 911 GT3 to her foundation, which she valued at $169,400 — the sports car had been driven only 15,334 miles.

With earnings from her investments and a Screen Actors Guild pension, Jenner received a steady income from her entertainment company, Cait’s World Inc. — the owner of the official Caitlyn Jenner trademark, according to records at the U.S. Patent and Trademark Office. Jenner received a salary from Team Tours in 2016; state records show that there is a Burbank company with that name that handles payroll for entertainers and musicians.

Detailed finances were also reported by San Diego-area businessman John Cox, whose filings show $2.7 million earned from 2016 through 2019, with the bulk coming from investments in rental properties.

In both years, the GOP political activist and former gubernatorial candidate received large tax refunds after citing his losses and deductions: In 2018, all but $11,600 of his $350,000 in tax payments were refunded. In 2019, Cox’s tax return states he paid $56,700 in federal taxes and had all but about $1,000 refunded.

Cox also reported making charitable contributions of $170,000 in 2019 in the form of stock and use of property to groups, with $150,000 going to the Rescue California Education Foundation — often cited along with the candidate’s failed efforts in recent years to qualify a ballot measure that would have expanded the size of the state Legislature. The year before he reported giving $491,000 to charity, although he did not list the groups that benefitted from the donations.

Former San Diego Mayor Kevin Faulconer did not make 2020 returns available, with his campaign saying the candidate has not yet filed them. In joint filings for 2019, Faulconer and his wife, Katherine Stuart, reported $358,119 in adjusted gross income — a significant increase compared with filings released for the three prior years. The bulk of those earnings in 2019 was from Stuart’s restaurant event planning business, while Faulconer’s salary as mayor accounted for $71,221.

Two Sacramento-area Republicans running in the recall offer an example of the broad spectrum of personal finances and wealth. Assemblyman Kevin Kiley (R-Rocklin), reported $113,311 of income in 2020, almost all from his legislative salary. Former Rep. Doug Ose, meanwhile, provided a 100-plus-page tax filing for 2019 that included complicated transactions of several companies, a trust and foreign earnings. The GOP real estate investor reported an adjusted gross income that year of $710,910. He owed $193,086 in federal taxes but was issued a $67,073 refund based on previous payments and credits from the prior tax year.

Other candidates, known from their pop culture personas, also shed some light on their earnings.

Kevin Paffrath, a personal finance entrepreneur and real estate broker, also said he had not yet filed his 2020 tax returns. In joint filings for 2019, he and his wife, Lauren Paffrath, reported $468,458 in adjusted gross income that year and paid $83,463 in federal taxes. About half of their earnings came from their company, the Paffrath Organization, and the candidate told The Times real estate commissions and YouTube earnings accounted for most of the corporate income. The couple also own eight rental properties, according to their 2019 filing.

Voters are unlikely to learn much from tax filings about the finances of Angelyne, the singularly named model known for her Los Angeles billboards. Angelyne, who also ran in the 2003 recall, did not pay any federal taxes in 2020 or 2019 and reported a negative adjusted gross income both years. She reported receiving $28,200 in unemployment compensation in 2020, $1,800 of which she said she repaid. She reported making $777,574 in gross receipts or sales and $284,352 in gross profit that year.

The entertainer, often spotted driving around L.A. in a hot pink Corvette, reported in her tax returns that she owned three of the vehicles, all primarily for business use.

Two of the candidates reported that they had not filed any tax returns over the last five years. Others disclosed only one or two years’ worth of tax returns. A spokesperson for the secretary of state said Monday that all candidates listed online were determined to have met the requirements of the 2019 law.

Nickolas Wildstar, a Republican candidate from Fresno who said he is a “self-employed digital marketer,” said the Internal Revenue Service has contacted him in the past about his tax filing status and that he would eliminate income taxes if elected governor.

“I support voluntary taxation,” Wildstar said. “I don’t feel as if the government should be collecting that money without our consent.”

The disclosure of personal income taxes came amid a flurry of activity in advance of the late-summer recall election. Candidates faced a Friday deadline to secure a spot on the ballot and final lineups are expected by the end of this week. From there, Newsom and the replacement candidates will have to campaign at a sprint, with only eight weeks until election day.

In reality, the campaign will end up being even shorter — ballots will be mailed to every registered voter, a special provision due to the COVID-19 pandemic, beginning in mid-August. That, plus the growing popularity of absentee voting, will offer a stark contrast from the 2003 recall in which voters removed then-Gov. Gray Davis from office. In that contest, more than 70% of all ballots were cast in person.