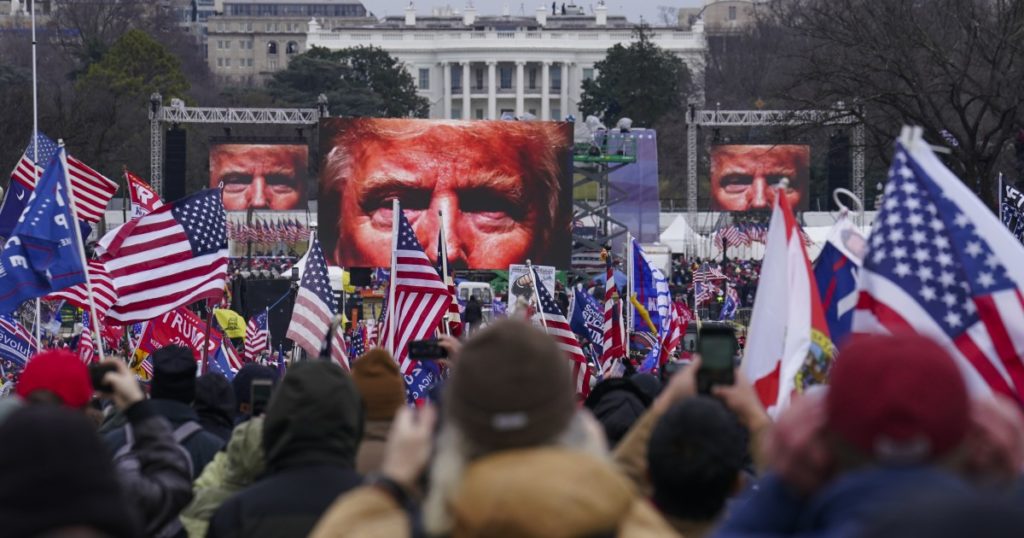 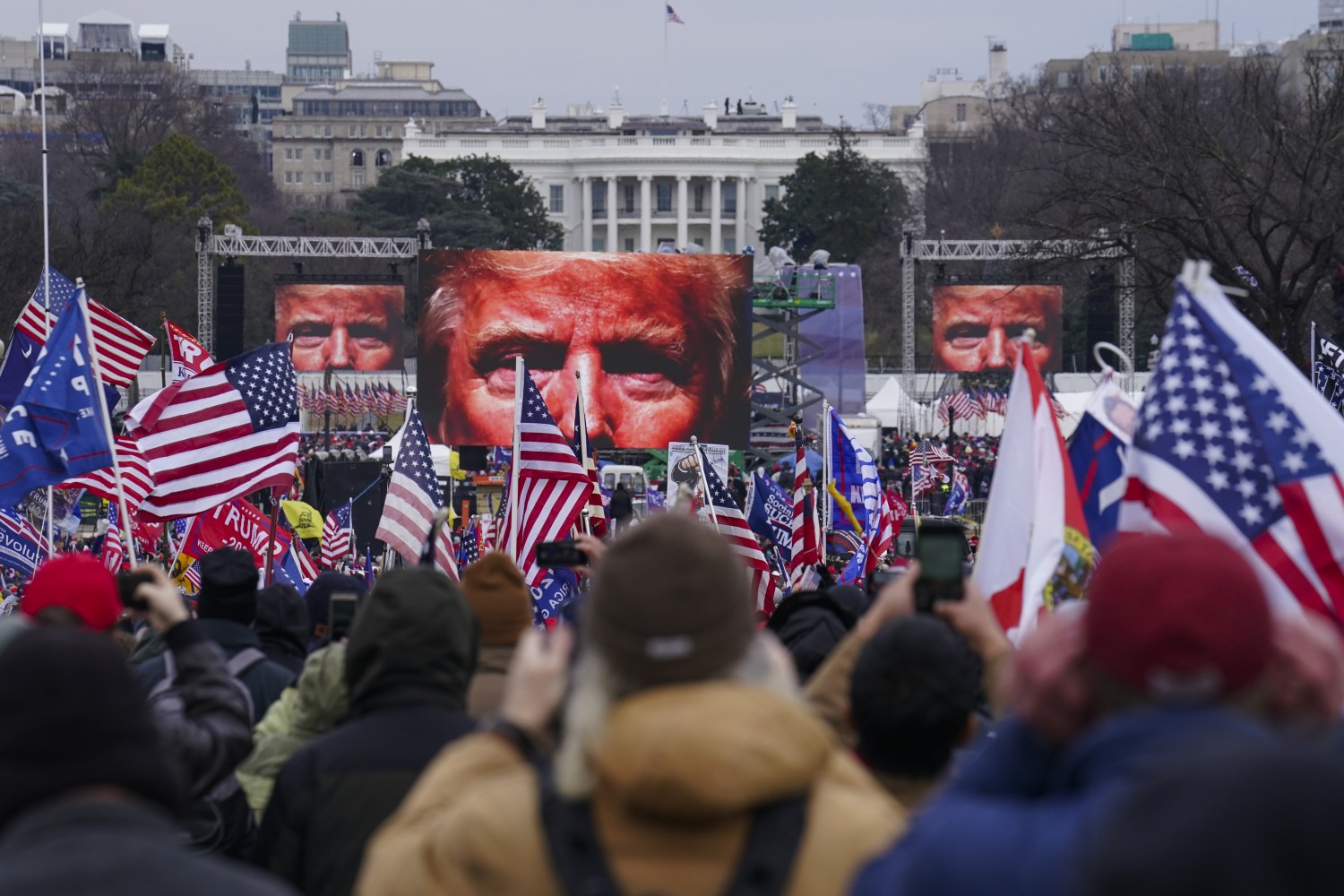 The 1st Amendment’s protection of free speech sets a high bar for convicting someone in court of incitement of a crime or violence — a point vigorously argued by those defending former President Trump’s Jan. 6 speech to supporters who attacked the U.S. Capitol.

“Nothing the president said constituted unprotected ‘incitement’ as narrowly defined by the Supreme Court,” said former Harvard Law professor Alan Dershowitz. “It is beyond dispute, therefore, that his speech — disturbing as it may have been — is within the core protection of political speech.”

But constitutional experts say Trump will have difficulty pressing a strong free-speech defense in his upcoming Senate impeachment trial on a charge of incitement of insurrection.

That’s because the standard Congress uses for removing a president is not the same as the one applied in a criminal court proceeding. The power of impeachment was designed in part to remove high officials whose words, as well as their deeds, amounted to an abuse of power or responsibility.

Also working against Trump is the Supreme Court’s longstanding view that government officials and other public employees do not enjoy full free-speech rights for what they say and do as part of their jobs.

Justices over the years have largely adopted the reasoning of Oliver Wendell Holmes, who in 1892 as a Massachusetts Supreme Court justice upheld the firing of a police officer for doing political work on the job. The officer “may have a constitutional right to talk politics,” said Holmes, who would later join the U.S. Supreme Court, “but he has no constitutional right to be a policeman.”

Such reasoning has endured. In a 2006 case from Los Angeles, the high court said the 1st Amendment does not protect whistleblowers or other public employees who are demoted or fired for what they said on the job as part of their official capacity.

“When public employees make statements pursuant to their official duties, they are not speaking as citizens for 1st Amendment purposes, and the Constitution does not insulate their communications from employer discipline,” the court said in Garcetti vs. Ceballos.

Scholars who have studied the history of impeachment note that in Britain and then in the U.S. Constitutional Convention, the process was intended as a means to remove and disqualify officials who abused their power through words and deeds.

Princeton political science professor Keith Whittington says that impeachment is “misconduct incompatible with the official position of the office holder,” and he cited examples of judges to illustrate the point.

“Imagine a sitting federal judge who said in a television interview that the Republican Party is a seditious conspiracy and deserves to be wiped out and its members jailed or shot. There is no doubt that such a judge could no longer be trusted to faithfully perform his duties in the public trust,” he wrote on the Lawfare blog.

“Imagine a sitting judge accompanying the incumbent president on the campaign trail and delivering speeches urging voters to reelect the president and to vote against all the members of the opposition party. Such a judge would be subject to impeachment and removal. The fact that such speech is protected by the 1st Amendment would be no defense.”

Stanford law professor Michael McConnell said Trump has a constitutional duty to “take care that the laws be faithfully executed.”

Instead, he spent his final weeks in office seeking to undo the results of an election he lost by more than 7 million votes, including by urging Georgia election officials to “find” votes to alter that state’s results and by encouraging a mob to march on the Capitol as Congress was formally announcing President Biden as the winner.

“There is no doubt that inciting a crowd to disrupt the certification of election results is an impeachable offense, and so also is pressuring state officials to override election results when proper forums for adjudicating those claims have rejected them,” said McConnell, a former federal appeals court judge. “The single most important principle of constitutional democracy is that we respect the results of elections even when they go against our favored candidates.”

It’s not even clear that Trump would have a strong 1st Amendment defense under the Supreme Court’s opinions protecting free speech in criminal cases of incitement.

Through much of the 20th century, the justices struggled to devise a legal test that would both protect free speech — of World War I radicals, and later of union leaders, socialists and communists, and still later of civil rights and anti-war protesters — while also allowing the government to arrest and prosecute those who represented a true threat.

“The question in every case is whether the words are used in such circumstances and are of such nature as to create a clear and present danger,” Holmes wrote in 1919.

In the last days of the liberal Warren Court, the justices in 1969 set out a stronger free-speech standard when they unanimously overturned the conviction of a Ku Klux Klan leader who had been shown on local TV ranting in a farm field in Ohio.

The white supremacist leader, Clarence Brandenburg, told the gathering of 12 hooded figures: “If our president, our Congress, our Supreme Court, continues to suppress the white, Caucasian race, it’s possible that there might have to be some revengeance [sic] taken.” He was convicted under an Ohio law that made it a crime to advocate sabotage or violence as a means to change industry or the political system.

But in Brandenburg vs. Ohio, the high court said the government may not punish “mere advocacy” that does not include “incitement to imminent lawless action.”

To win a conviction, justices said, the government must show the “advocacy is directed to inciting or producing imminent lawless action and is likely to incite or produce such action.” Brandenburg hardly represented an “imminent” danger, the justices concluded.

But Trump’s speech to his supporters was followed by imminent lawlessness. One question that is likely to be debated during next month’s impeachment trial is whether his words and actions produced or caused the violence that took place at the Capitol. The House, in its impeachment article, concluded Trump’s words and actions “foreseeably” did.

Trump had called his supporters to rally in Washington the day Congress would tally the electoral votes that made Biden the winner. “Big protest in D.C. on January 6th,” Trump tweeted on Dec. 19. “Be there, will be wild!”

“All of us here today do not want to see our election victory stolen by emboldened radical-left Democrats, which is what they’re doing,” he told the crowd gathered near the White House. “If you don’t fight like hell, you’re not going to have a country anymore,” he said before urging them to march down Pennsylvania Avenue to the Capitol.

He did not, however, publicly urge them to break through the police lines or to rampage through the Capitol. Trump alternately expressed his “love” for them, while also urging them to “peacefully and patriotically make your voices heard.”

A week after the attack, the House voted to impeach Trump. His lawyers are due to file a response to the article of impeachment on Tuesday. The trial itself is due to begin the following week.