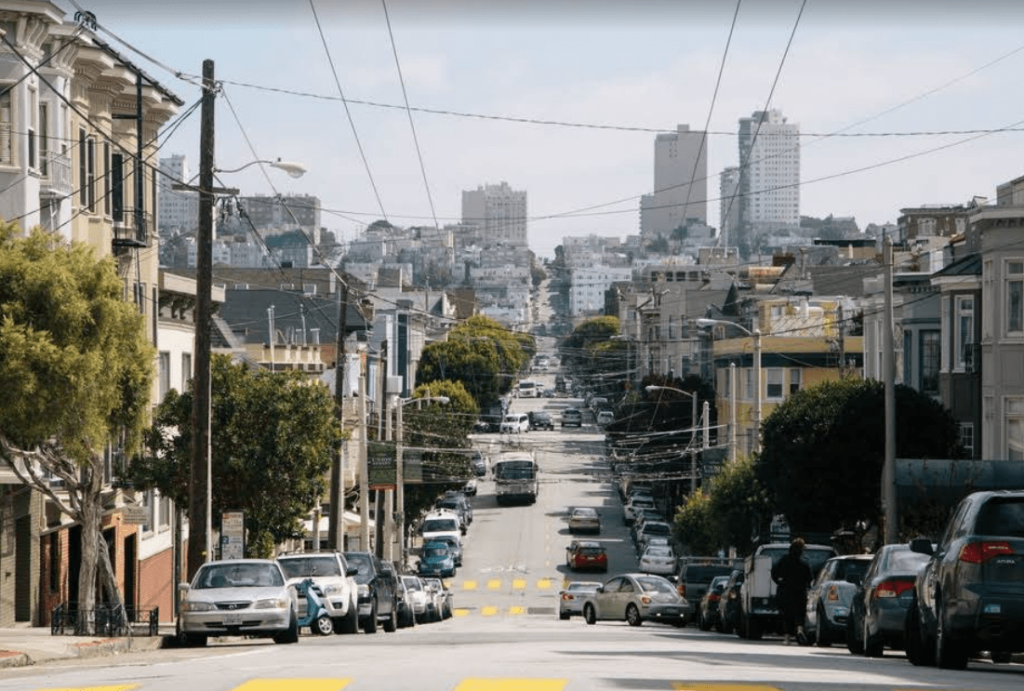 With fare revenue down some ninety percent, SFMTA is facing a $68 million budget deficit thanks to the COVID-19 pandemic recession. “It’s personally painful to deliver this budget report,” Director Jeffrey Tumlin put it at Tuesday’s SFMTA Board Meeting. “I’m outraged that in this country, in a wealthy city, in a wealthy state, that we’re backed into a corner to consider laying off the very workers who have shown up every day on the front line.” The San Francisco Examiner reports that the agency “… could lay off as many as 1,226 full-time employees next fiscal year, representing 22 percent of the transit agency’s entire workforce, in order to close a budget deficit that seems increasingly insurmountable without dramatic action.”

But before laying off workers or shutting down more transit service, advocates want SFMTA to look at the proverbial elephant in the room: what about fully exploiting SFMTA’s parking assets? And at today’s SFMTA meeting, that idea seemed to get a bit of traction.

For context, here’s a map of SFMTA’s garages and parking lots in San Francisco:

SFMTA, of course, charges for parking at these lots, although revenue has tanked during the pandemic. But between the value of these properties and the potential revenue from meters and parking permits, advocates point out that the fees the agency charges, overall, are a tiny fraction of what they could pull in from all this land it owns or controls.

“The real under-pricing is municipal land that is used to house cars instead of housing people/workers…such as the two municipal lots in the Castro,” pointed out People Protected Bike Lane advocate Matt Brezina. “The city could lease those for housing and probably make way more money than the meters on those lots. And this would push up the revenue on the street meters because there would now be less parking supply.”

Potential @sfmta_muni revenue sources that could save jobs but are banned by the state of California:

“Frankly, we need all options on the table,” said the San Francisco Transit Riders’ Cat Carter. “We need to think about how we price car storage–free or cheap parking is a major contributor to car ownership and use. And that space could be used for much better purposes.”

“They’re not off the table,” said SFMTA Board Director Cheryl Brinkman, in a phone interview with Streetsblog just prior to the meeting.

As to residential parking permits, they are set to rise to a mere $152 a year in 2021–considering San Francisco real estate is worth over $900 per square foot, one would think the city could do better. “It’s the best deal in San Francisco,” added a sardonic Brezina, who argues that the city could be making far more money from these permits, especially if SFMTA “…expanded them across the city.”

At today’s meeting, Tumlin spitballed that charging $2 per day for the city’s curb parking spaces could close the budget gap.

However, Brinkman told Streetsblog that the City Attorney has counseled that, according to state law, the city can’t charge more than administrative costs for parking permits. But Chris Elmendorf, a law professor at U.C. Davis who specializes in parking issues, wrote on social media that the City Attorney is just wrong, adding that the “CA Supreme Court decision in Jacks v. City of Santa Barbara (2017) makes clear cities can charge market rates for use of city streets & other property.”

“I feel like we’ve been gaslighted with the notion that SFMTA can’t charge more for parking permits,” wrote Kyle Grochmal, the advocate whose tweet, above, inspired this post. “Sounds like the city hasn’t really tried.”

That said, jacking up residential parking permits and developing or selling off the city’s parking lots is politically challenging, to put it mildly. And sometimes the ownership deals on parking garages are complicated, making them difficult to sell, one SFMTA insider told Streetsblog.

“If you say we’re going to turn the garage on Sutter and Stockton into housing, area businesses will go nuts,” Brinkman said. But “…going forward there are absolutely opportunities.” Roger Marenco, president of Muni’s transit union, told Streetsblog he would definitely like to see SFMTA sell lots and garages or raise parking fees (and citations for traffic violations) before layoffs are considered.

But, of course, none of that is likely to happen fast enough to stave off the immediate budget crisis.

“It’s crazy that when Muni loses the customers who have other options, we can’t afford to provide service to the people who really need it to get to their jobs, or to the grocery store,” said Carter. “This budget crisis and likely layoffs are on us now, so we need emergency funding–whether the city can shift something around in the short term, or if the state can pass emergency legislation to free up resources, or we can pass the federal stimulus funding that we really need.”

For more, check out SPUR’s discussion on the true costs of parking.