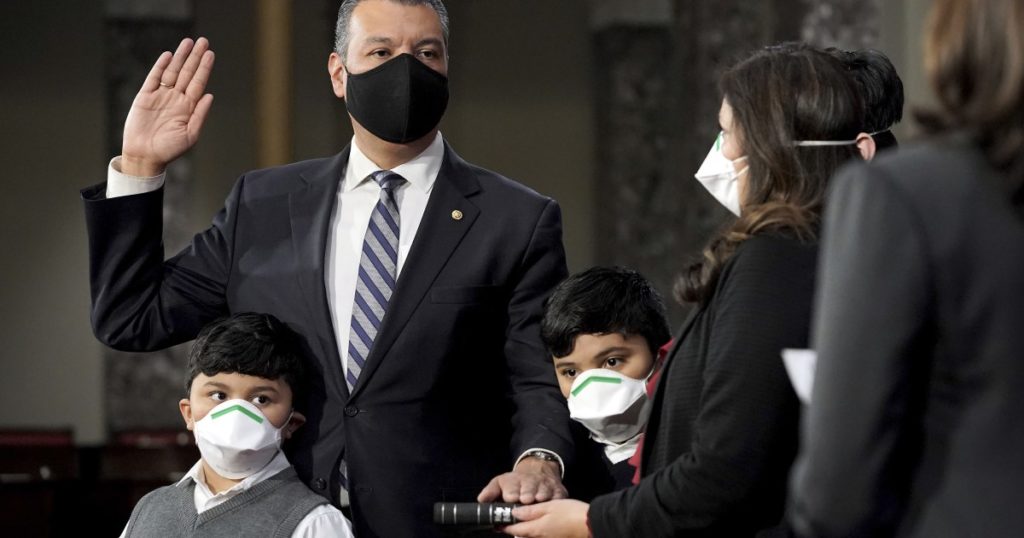 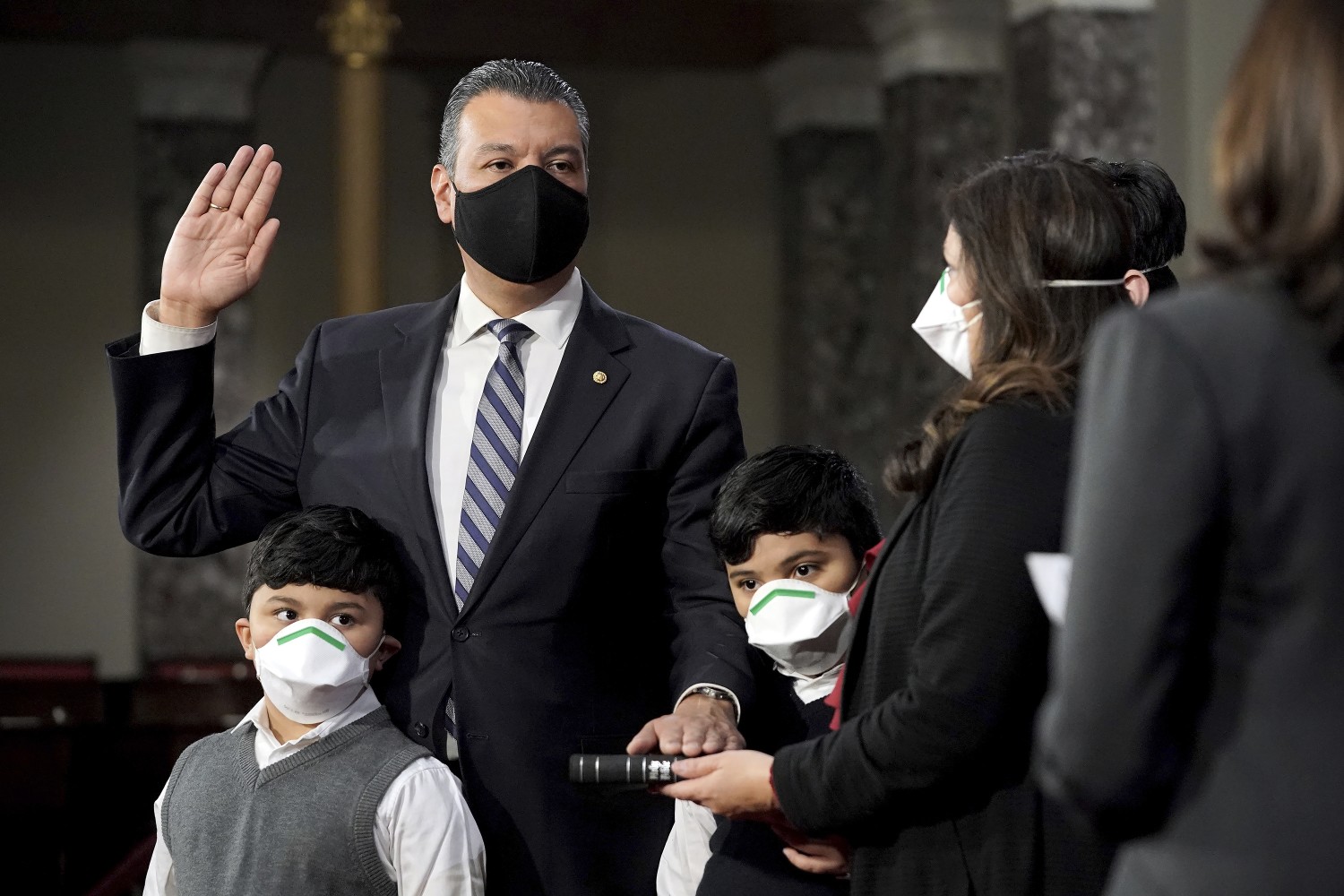 Twenty-seven years after Alex Padilla hit the streets with hundreds of thousands of California Latinos to protest the anti-immigrant Proposition 187, he finds himself in a position to help deliver the change he has long sought.

All he has to do is persuade Washington to do something it has been unable to achieve since the Reagan administration: pass a major immigration reform bill.

The first Latino to represent California in the U.S. Senate has optimism that legislation is possible under President Biden, who has said that comprehensive immigration reform is a priority, and with Democratic control of the Senate and House.

“No state has more at stake in it than California, and that’s who I represent, so it is a top priority. I come with urgency,” Padilla told the Los Angeles Times in an interview.

But with an evenly divided Senate, anything that has a chance of passing will have to be bipartisan — at a time when the two parties can barely agree on anything.

With a new flood of immigrants and asylum seekers rushing to the southern border, even Republicans who are interested in changing immigration laws are leery about supporting minor reforms once seen as possible.

Like Biden, Padilla says comprehensive reform is ideal, but piecemeal fixes would be acceptable.

“My preference is however we’re going to be able to get it done,” Padilla said. “It definitely was a priority from the moment the appointment was announced. Updating our immigration laws has been long overdue.”

Padilla’s first bill, called the Citizenship for Essential Workers Act, would provide a pathway to citizenship for over 5 million essential workers in the U.S. illegally who were on the front lines of the pandemic.

Senate leaders gave him the gavel of the subcommittee that will be the first stop for any immigration reform bills, providing him with a high-profile perch on the issue. He wants it to focus on citizenship and has renamed the panel Immigration, Citizenship and Border Safety.

Though not the only first-generation American currently serving in the Senate, Padilla is the only first-generation child of Mexican parents to ever serve. Padilla’s parents became naturalized citizens after Proposition 187 passed. The other six current Latino senators are either the children of Cuban immigrants or come from families that have lived in the United States for several generations.

Padilla has begun sitting down with his new colleagues to share his experience as the child of immigrants. He stresses how a pathway to citizenship for the 11 million people already in the country illegally is not only moral and humane, but also the right thing for the U.S. economy.

“The 100 of us come from different states, different life experiences, different perspectives. Stories like mine, experiences like mine, have not been heard enough throughout the history of the Senate, and that’s part of both my opportunity and responsibility,” Padilla said. “It should be bipartisan, because it’s not just right for immigrants, it’s good for the country. We know that throughout our nation’s history. And it’s good for the economy. I know that it may not be easy, but I think it’s very doable.”

Optimism, however, is quickly waning in Washington that a large-scale bill is possible in the next two years. The comprehensive package Biden sent to Congress was quickly shelved.

House Democrats passed bills to provide legal status to hundreds of thousands of people brought to the country illegally as children, the so-called Dreamers, and to create a pathway to citizenship for farmer workers and their families, but with a 60-vote threshold to pass most bills in the Senate, neither is expected to pass.

“Unfortunately, what’s happening at the border right now is going to inflame people’s emotions a lot, and I think make anything harder to do, which I think is very regrettable,” said Sen. John Cornyn (R-Texas), the highest-ranking Republican on Padilla’s subcommittee.

Sen. Lindsey Graham (R-S.C), who earlier this year cosponsored a bill to provide legal status to Dreamers, said last week that because of the situation at the border, he would not support his own bill if it were brought up for a vote.

“I think it’s going to be really hard to get a bipartisan bill put together on anything that has a legalization component until you stop the flow,” Graham told reporters.

People who know Padilla remain optimistic that some legislation is possible, and that he’ll play a major role in it.

Former colleagues in the state Senate call him a diligent and dogged lawmaker. Rather than an ideologue, they describe him as a workhorse who dives into details and uses logic and facts to bring opponents to his side, or at minimum, to find common ground.

The chances of passing comprehensive reform may seem slim, but Padilla isn’t the type to give up, said longtime friend Rep. Tony Cardenas (D-Los Angeles).

“Alex Padilla doesn’t see immigration reform as a bill, he sees it as an opportunity for the United States of America to get right with itself,” Cardenas said.

For Padilla, it’s personal. The son of a short-order cook and housekeeper in the country on green cards, Padilla returned to Pacoima in 1994 with an engineering degree from MIT to find that his home state was trying to prevent immigrants in the country illegally from receiving basic public services, including education and non-emergency medical care.

Like many young Latinos, he joined the marches and protests against Proposition 187, awoken to the reality of what happens if people like him weren’t engaged. The proposition passed, but was halted by the federal courts.

When the proposition passed, Padilla set aside engineering to immerse himself in California politics in an effort to change the state. He ran the early campaigns of several Latino politicians, including the state Assembly races of Cardenas and Los Angeles City Councilman Gil Cedillo.

At age 26, Padilla won his own seat on the city council.

After becoming the first Latino council president in a century in 2001, he was elected to the state Senate in 2006 and became California’s secretary of state in 2014. In December, Gov. Gavin Newsom tapped him to replace Kamala Harris in the U.S. Senate.

Cedillo saw Padilla’s rise as part of the fruits of that hard battle over Proposition 187 and the anti-immigrant sentiment it represented.

“That war is being won, and he’s the manifestation of that, having him in the U.S. Senate,” Cedillo said.