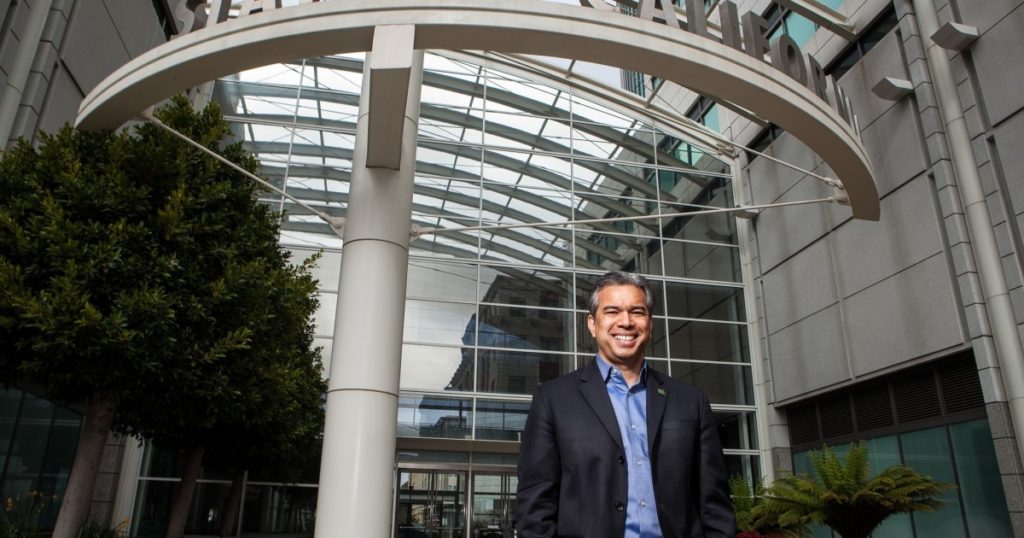 Few statewide leaders have inherited as many unfinished tasks from their predecessors as incoming California Atty. Gen. Rob Bonta, whose to-do list includes an ongoing probe of pandemic unemployment fraud, reducing a backlog of guns held by people with felony convictions and resolving a dispute over how to pay for new investigations of fatal police shootings.

The tasks could make it more difficult for Bonta, a Democratic assemblyman from Alameda who was nominated for the job last week by Gov. Gavin Newsom, to pursue his own ambitious criminal justice reform agenda in the coming months — he supports eliminating cash bail, reducing incarcerations and increasing police accountability.

Bonta is expected to be confirmed as attorney general by the Legislature within 90 days, succeeding Xavier Becerra, who left the post to become the U.S. secretary of Health and Human Services. In his new post, Bonta faces a long list of business left behind by Becerra that includes defending the state’s toughest-in-the nation gun laws against a barrage of more than half a dozen pending lawsuits by groups including the National Rifle Assn.

In an interview with The Times, Bonta said he is preparing for the confirmation process in which he will be questioned about his views during committee hearings on issues within the purview of the attorney general.

“First things first, I need to get confirmed,” Bonta said when asked about what he will do on matters he will take on as the state’s top attorney. “Should I have that honor and privilege, I’m going to dig in and wrap my arms and head around those issues.”

Former state Atty. Gen. Bill Lockyer said that while Bonta may have a lot of problems on his plate as attorney general, he is certain he’ll be able to work through them.

“There are many different challenges and they are never easy, but they are always solvable,” he said.

One early test involves implementing a new state law supported by Bonta, AB 1506, that requires the state attorney general’s office to investigate all police shootings that result in the death of an unarmed civilian.

Newsom’s proposed budget provides $13 million for the fiscal year starting July 1 to provide about 67 staffers for three teams assigned to probe shootings in different parts of the state.

But officials from the state Department of Justice said in recent weeks that they will need twice as much, $26 million, to properly investigate the 40 deadly police shootings that the state averages each year.

The current budget proposal has “not enough resources to stand up professional teams to perform these new investigative and prosecutorial duties,” the agency said in a letter to lawmakers.

The Newsom administration defends the budget.

“We believe the funding provided in the budget allows the Department of Justice to establish this program, collect data and actual workload, and submit a request in the future for any additional resources that are needed,” said H.D. Palmer, an administration spokesman.

At the news conference where Newsom announced his appointment, Bonta said properly implementing the new law is a priority for him.

“The attorney general’s office needs to be able to have enough resources to fund the new responsibilities that the Legislature wants to give it,” Bonta told reporters. “That’s an important part of a successful implementation of AB 1506. We’ve got to be able to get on the ground quickly in any part of the state to begin an investigation and collect the evidence at the drop of a hat.”

Another immediate challenge for Bonta will be the ongoing investigation of fraudulent unemployment claims that state officials estimate total at least $11 billion during the COVID-19 pandemic.

The attorney general’s office is part of a task force set up by the governor in November to coordinate the many investigations by local, state and federal authorities into bogus claims, including thousands submitted in the names of state prison inmates.

The state Department of Justice has yet to announce any significant charges as a result of investigations, although federal agencies have brought several.

“To protect its integrity, we are unable to comment on a potential or ongoing investigation,” the state DOJ said in a statement last week.

Lawmakers including state Sen. Jim Nielsen (R-Red Bluff) are calling on Bonta to prioritize catching and prosecuting those who have stolen unemployment benefits from the state Employment Development Department through fraud, including large crime rings.

“The EDD is completely a failure, top to bottom, and the attorney general’s office is likewise a failure,” Nielsen said. “Billions of dollars of fraud and they are not doing a thing about it. I hope Rob makes that a very high priority.”

Bonta said in the interview that he is alarmed by reports of significant fraud.

“I think the A.G. could have a role in helping make sure there is integrity in that process and that criminal activity and fraudulent activity is rooted out,” Bonta said.“We should use the tools that we have to prevent that and hold those accountable and if possible be able to reclaim those funds.”

After a spate of recent mass shootings, gun issues are also once again front and center for the attorney general.

One challenge facing Bonta was highlighted Thursday when the state Department of Justice released its annual report identifying problems in a program to seize guns from people convicted of felonies and those struggling with mental illness who are disqualified from owning firearms.

California’s Armed and Prohibited Persons System, or APPS, matches gun sales data against court records to create a list of people who buy firearms but are later convicted of a crime or found to have serious mental illness.

The DOJ report released Thursday said that as of the start of this year, 23,598 Californians had guns despite being barred from owning them, up more than 1,000 from the year before and higher than the tally has been in more than a decade.

Lawmakers have criticized the attorney general’s office for years for failing to significantly reduce the backlog to make sure guns are not in the hands of those who should not have them.

“That did not get done,” Nielsen said. “There is no dang reason why it couldn’t get done. They have just not made it important.”

In explaining why the state was unable to reduce the backlog, the agency report released Thursday cited factors including COVID-19 and new laws creating more disqualifying crimes.

“Because APPS work requires extensive interaction with the public, the Bureau was forced to scale back its efforts,” the report said.

The DOJ said the program could be made more effective if the state better funded county efforts to enforce the law and provided higher pay for investigators to beef up staffing.

The agency is also facing criticism for recently proposing rules that lawmakers say would limit the ability of researchers to access DOJ data on people subject to gun violence restraining orders, hindering state-funded research by the University of California Firearm Violence Research Center on the effectiveness of gun laws.

“If the proposed regulations are adopted, it will be impossible for the Center to update its work on the effectiveness” of restraining orders, the lawmakers wrote.

The attorney general’s office said in a statement that it “values data-driven research” but that it also takes “seriously our duty to protect Californians’ sensitive personally identifying information.”

Ting said he hopes Bonta will change the DOJ’s position on the release of gun data.

“Once confirmed, my hope is he’ll grant researchers access to state firearms records, allowing their work to continue,” Ting said.

California has pioneered some of the toughest gun laws in the country, and many are currently being challenged in court by groups such as the NRA.

As the state’s lawyer, the attorney general has been defending those laws in court, but many cases are expected to come to a head after Bonta takes the reins. For example, a federal appeals court in February said it will reconsider a ruling that threw out California’s ban on high-capacity ammunition magazines.

Other gun laws challenged in court include the state’s assault weapons ban and a prohibition on the sale of semiautomatic rifles equipped with so-called bullet buttons.

Bonta signaled that he is prepared to defend California‘s gun laws.

“The work I’ve done in the past represents those values, including making sure that Californians are safe from gun violence,” Bonta said.