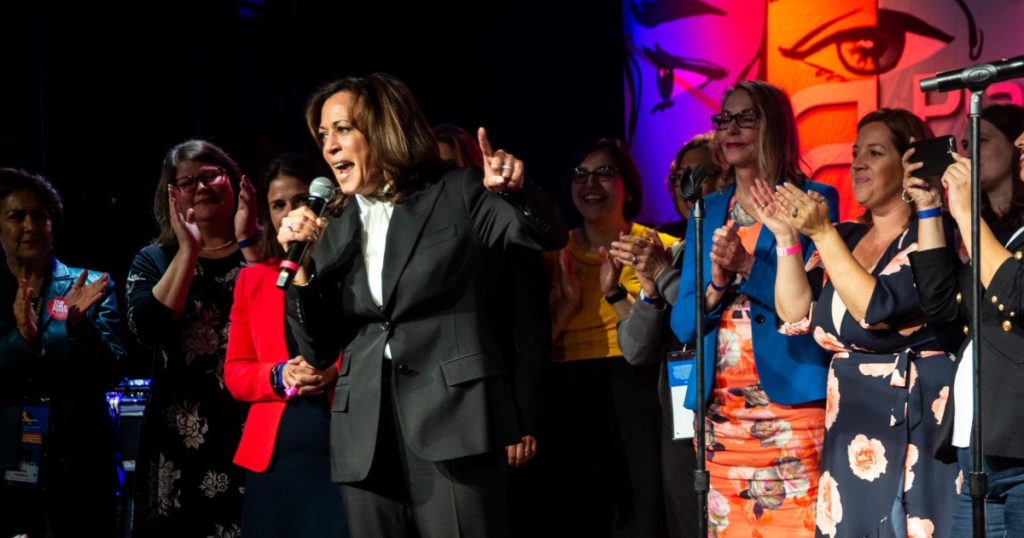 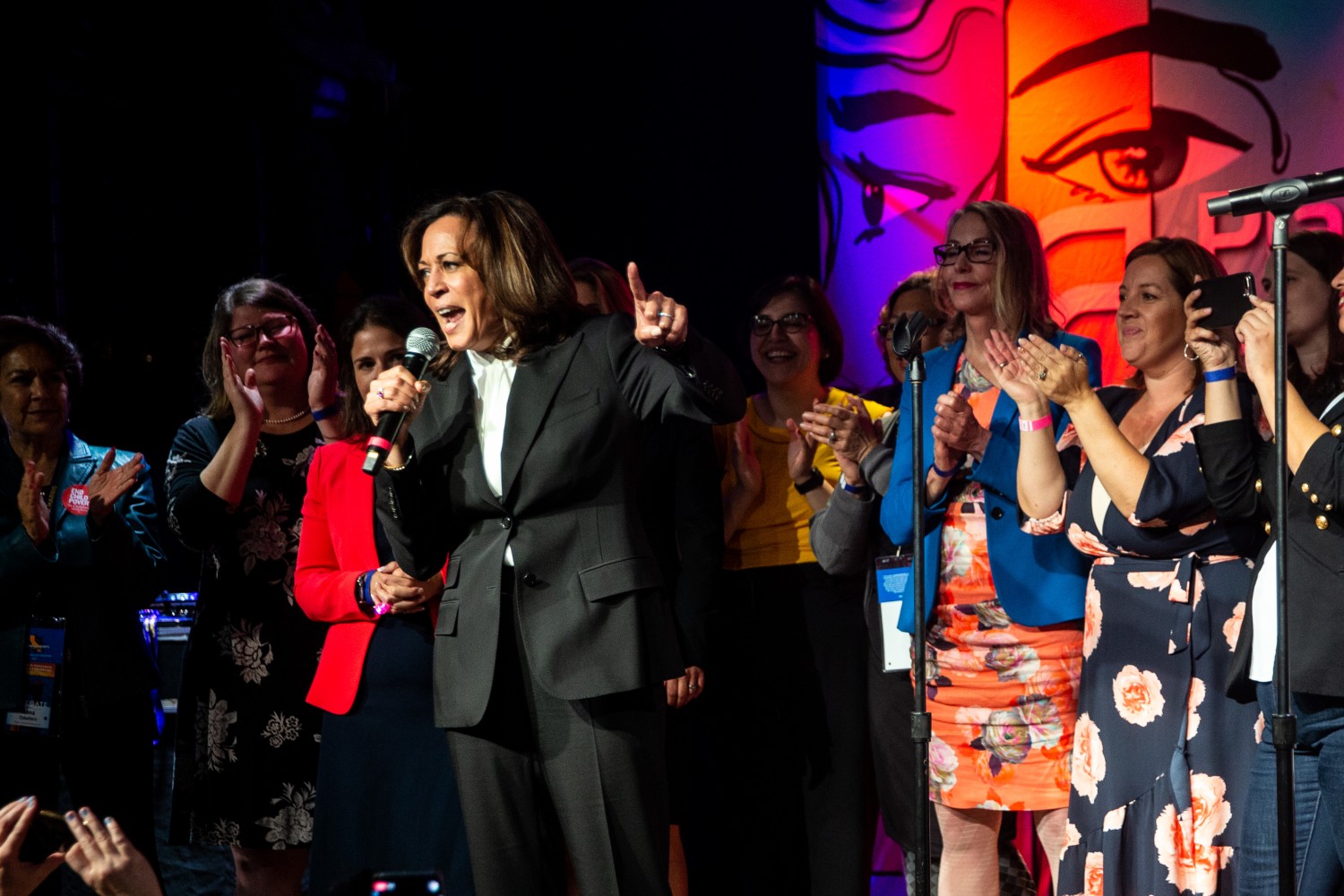 Almost four months into the new administration, Vice President Kamala Harris has held onto a strong base of support in her home state, with voters by more than 2 to 1 saying she is “playing a significant role” in the administration and a majority seeing her as capable of stepping into the presidency if needed.

Maintaining an image as a significant figure in an administration without appearing to rival the president can pose problems for vice presidents. The task is even more complicated in Harris’ case as the first woman to hold the office, as well as the country’s first Black person and Asian American vice president.

So far, Harris appears to be finding the right balance in the eyes of home-state voters, based on the findings of the latest UC Berkeley Institute of Governmental Studies poll, co-sponsored by The Times.

That’s crucial for Harris, who ran for the 2020 presidential nomination and remains interested in the top job.

As the nation’s largest Democratic stronghold, California would be key to any future run the vice president might make. And while the state’s heavy Democratic lean gives her a strong start, her popularity in California was dented by her unsuccessful primary bid — damage she appears to have fixed.

Both President Biden and the vice president have strong job approval in a state they carried by a wide margin in the November election. The state’s voters approve of Biden’s job performance by 62% to 34%. Harris gets 53% to 33% approval. In Biden’s case, just 4% said they didn’t know enough to register an opinion, while 14% had no opinion on Harris.

As other polls have shown — and as Republican strategists have acknowledged — Biden does not generate fervent opposition. Just 8% of voters say they “strongly” disapprove of his work, while 39% strongly approve.

“Given the highly partisan state of politics and the Democrats’ nearly 2-to-1 advantage over Republicans in the California electorate, it is not surprising that Biden and Harris begin their terms in a very strong position here,” said Berkeley political scientist Eric Schickler, the co-director of the Institute for Governmental Studies.

Nationally, Biden’s job approval is not quite as high as in California — about 54% approve and 40% disapprove in the average of polls compiled by the 538 website.

A poll for the Associated Press by the National Opinion Research Center at the University of Chicago, however, found 63% approval nationwide, with 71% approving of how Biden has dealt with the COVID-19 pandemic.

The AP-NORC poll, released Monday, found voters nationwide approving of Biden on the economy by 57% to 42%, but found weaker marks on immigration, with 54% disapproving and 43% approving.

The Berkeley IGS poll asked state voters a series of questions about personal attributes and asked whether they applied to Biden and Harris.

A somewhat smaller majority, 52% to 35%, say Biden has the “mental and physical stamina” for the job — a potential point of weakness for the 78-year-old president that Republicans have hammered on since early in last year’s campaign. Republicans, including Trump, have widely suggested that Biden isn’t up to the job and claimed without evidence that someone else, perhaps Harris, is secretly making decisions for him.

A deep partisan split has resulted, with 88% of people who say they voted for Trump believing that Biden lacks capacity for the job, while a similar share of people who voted for Biden say he does have the mental and physical stamina.

As Biden continues to navigate between his party’s progressive and moderate wings, about 1 in 4 California Democrats say he’s not progressive enough, while slightly fewer than 1 in 6 say he’s too progressive. The progressive faction of the party is strong in California, and Sen. Bernie Sanders of Vermont beat Biden handily in the state’s primary last year.

Harris gets similar ratings, with slightly more Democrats saying they don’t have an opinion or don’t know enough to say whether she’s too progressive or not progressive enough.

By 55% to 24%, state voters say Harris is “playing a significant role in the administration” — a perception that White House officials have worked hard to foster. Democrats overwhelmingly take that view, as do about 1 in 4 Republicans. Nonpartisan voters agree, 54% to 21%, with 24% not stating an opinion.

A similar share of voters, 53% to 32%, say Harris is “capable of stepping into the presidency if needed,” but the partisan division is sharper. Democrats by 79% to 9% say she is capable, while Republicans, 77% to 10%, say she is not. Nonpartisan voters divide 53% to 27% in her favor on that question.

The Berkeley IGS poll, supervised by pollster Mark DiCamillo, was administered online in English and Spanish from April 29 to May 5, among 10,289 registered voters statewide. Results were weighted to match known demographics of the voting population.

The margin of error for the full sample is estimated at roughly 2 percentage points in either direction. Further details, including question wording, and detailed data can be found at the Berkeley IGS website.