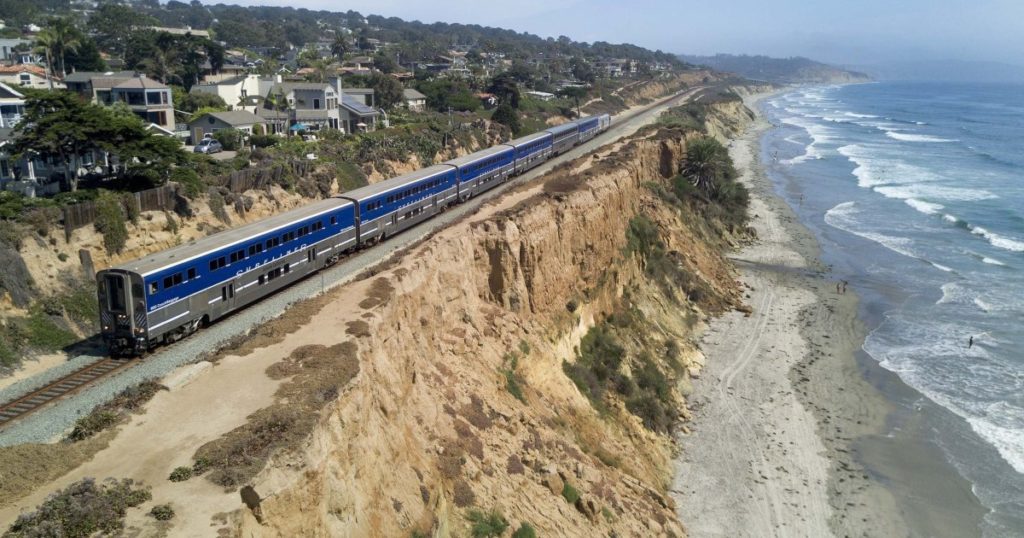 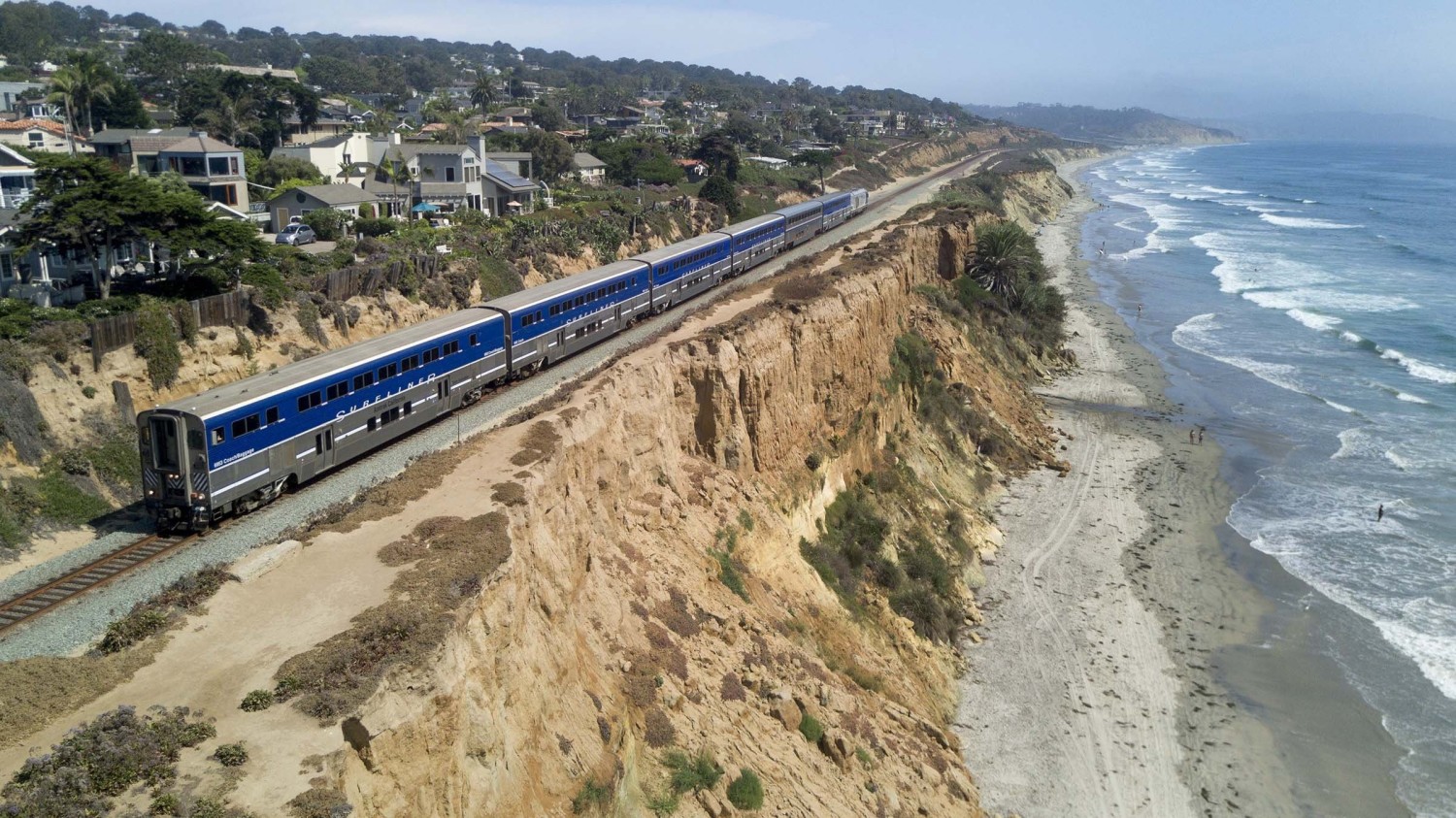 A Biden initiative expected to pour up to $3 trillion into repairing America’s decrepit infrastructure and funding other programs has sparked a scramble across the nation for the federal funds — with California expecting to reap the biggest piece.

The exact size of the infrastructure plan is still in flux, but sources knowledgeable about the discussion put it at up to $2 trillion, with another $1 trillion aimed at jobs, education and other goals, a set of proposals that Biden would receive from advisors this week. Whether such a massive package can get through Congress is uncertain at best.

Biden’s plan is meant to provide enough money to not just repair decrepit infrastructure, but transform transportation in America, said Rep. John Garamendi, a northern California Democrat who is a senior member of the House Transportation and Infrastructure Committee.

Garamendi spent more than an hour with Biden in recent weeks and came away convinced that the program will be broad enough to improve most areas of the nation’s infrastructure: highways, passenger rail, electric grids, dams, sewers and water systems, ocean terminals and airports. “He said all of the above,” Garamendi said.

Amid the bounty of funding, the biggest transportation project in the nation, the $100-billion, high-speed rail project, will have to compete for funding with lesser-known proposals in California. Its construction problems, cost growth and delays have muddied its future.

The last time the government launched such a large-scale effort was in the 1950s, with President Eisenhower’s initiative to build the interstate highway system.

By the time it was finished less than a decade later, 42,795 miles of paved super highway had been laid. It remains “the largest human-built thing in the world,” said Federal Highway Administration spokesman Doug Hecox.

Since then, infrastructure spending has been consistently pushed aside. Rusty bridges, faulty electrical grids, contaminated water supplies and potholed highways are fixtures across the landscape. Past presidents have failed to fix the problems, in part because those projects are costly, largely invisible and don’t attract strident political support.

The United States each year pays in lives and dollars.

In 2017, Hurricane Harvey slammed Houston, killing 100 and causing $125 billion in damage after the storm overwhelmed flood-control systems. A suspect wire broke and triggered the 2018 Camp fire in Northern California, killing more than 80 people and causing $16.5 billion of damage. In 2007, an eight-lane bridge over the Mississippi River in Minneapolis collapsed, sending 13 people to their death.

A priority of the Biden plan is delivering benefits across social and racial lines, as well as broadly addressing climate change. Decrepit systems in poor communities that have caused contaminated water, such as in Flint, Mich., and the Central Valley, will likely be part of the Biden plan.

Garamendi said the size of the infrastructure plan will be determined from a “bottoms-up” approach based on what is needed around the nation. At least part of it will be paid with new fees or taxes, such as a new tax on vehicles based on how many miles are driven, or a tax on the assets of the wealthy.

The speculation that the project will come in at $2 trillion apparently started with the American Society of Civil Engineers, which recently released a report card on American infrastructure that found public works improvements and repairs to raise standards to an acceptable level would cost $2.6 trillion over the next decade. About half of the faulty infrastructure is in transportation, which the association gave a grade of D.

“We are facing challenging environmental problems, social equity issues and increased severity of national disasters,” said Tom Smith, the association’s executive director. “The time is right for an infrastructure program that could unite and inspire the country.”

C. David Turner, a retired Army Corps of Engineers brigadier general and senior associate at the environmental consulting firm Dawson & Associates, said: “Potentially, every sector gets something out of this.”

“I see something in the range of $1.7 trillion to $2.3 trillion in the program,” he said, adding that that the U.S. Army Corps of Engineers — which handles water, flood-control and navigation — has a $40-billion backlog of projects alone.

The scramble is on among California agencies to get a piece. A confidential report known as a “white paper” circulating among transit agencies, which The Times obtained, provides an extensive list of local transportation projects across the state that could compete with the bullet train for funding.

The California bullet train has pushed for a big piece of the money. Brian Kelly, chief executive of the California High Speed Rail Authority, wasted little time in making his pitch last November, shortly after the election.

Supporters suggested the Biden administration provide $40 billion for the Los Angeles-to-San Francisco bullet train, enough theoretically to bore tunnels through three mountain chains that separate the state, but the proposal went nowhere, according to individuals with knowledge of the talks. Kelly said through a spokeswoman that he did not make such a proposal.

Indeed, the bullet train faces a tough fight even securing a legislative appropriation of $4.1 billion in its own bond funds it is seeking this year for its Central Valley construction plan. The California Assembly overwhelmingly passed a resolution last year that would block some of the planned spending in the Central Valley as a prelude to shifting money to Bay Area and Southern California segments of the project.

Support in the House transportation committee is uncertain. Committee Democrats Alan Lowenthal (D-Long Beach) and Marc DeSaulnier (D-Concord) both cast votes as California senators against appropriating money to the bullet train in 2012, against the wishes of former Gov. Jerry Brown. Republican Doug LaMalfa (R-Richvale) is a longtime critic. Newly elected Republican Michelle Steel from Orange County recently introduced legislation that would block any new federal funding for the project.

The shaky outlook has cleared the way for other agencies with proposals that they say can deliver benefits sooner and to more people.

Metrolink Chief Executive Stephanie Wiggins has a $10-billion program to upgrade its passenger rail service through 75 different projects across six counties — all before the 2028 Olympics. So far, the agency has secured $2 billion in funding, leaving a big gap that the Biden program could help fill. Wiggins notes the federal government has always funded transportation and other infrastructure programs in Olympic host cities. Her target for funding from the Biden plan is $3 billion to $4 billion.

Among the most important ideas is to build an electrified high-speed line between Burbank and Anaheim, using battery or fuel cell powered locomotives. The plan would relieve traffic on the busy I-5, reduce pollution and drive up ridership through better service. The line would eventually be part of the bullet train system, but Wiggins said Southern California can’t wait a generation for it to get built by the state.

Hasan Ikhrata, executive director of the San Diego Assn. of Governments, wants Biden’s help to electrify the Los Angeles-to-San Diego passenger rail system. He also wants to smooth out curves, so it could operate at 110 miles per hour and cut travel time between the state’s two largest cities to two hours from the current three and a half. It would also include a one-mile tunnel to relocate track on an ocean bluff that is in danger of collapsing.

“The corridor is already the second-busiest in the nation after the Northeast,” Ikhrata said. “Why not invest in that for a high-speed system?”

The plan would cost $2 billion to $3 billion, he said, and “we could deliver before the end of the Biden administration.”

The county is planning to extend the MetroLink line by nine miles to Redlands and acquire new low-emission locomotives, said Carrie Schindler, San Bernardino County Transportation Authority’s rail and transit director. One of those would be a new hydrogen fuel cell powered unit from Switzerland. The program cost is estimated at $360 million.

A county partnership with Brightline, which is still planning to build a $5-billion, Las Vegas-to-Apple Valley high-speed train, would extend that system to Rancho Cucamonga, creating a Los Angeles Basin link to the gambling mecca. The extension project is in its infancy, and the cost of the link is largely unknown.