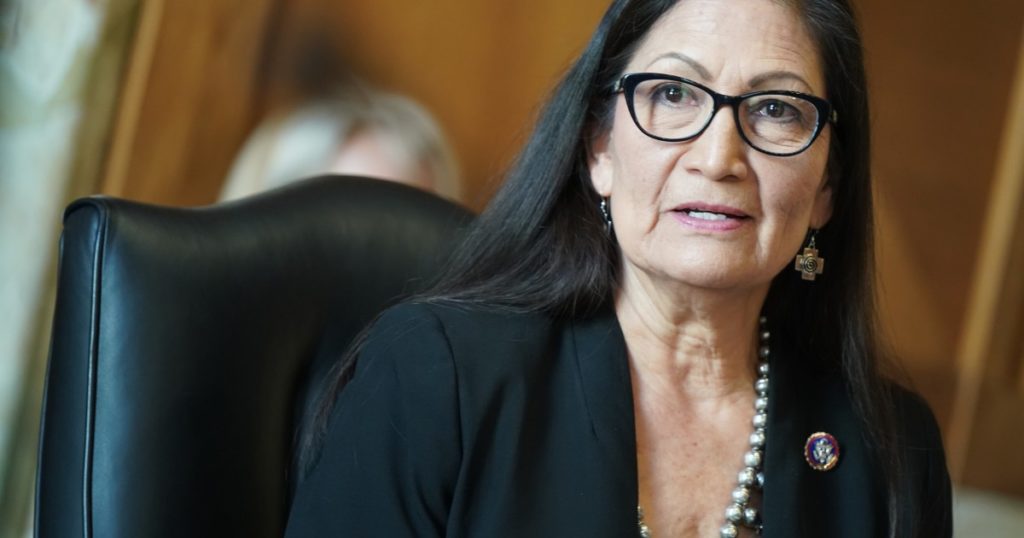 On Monday, Rep. Deb Haaland became the first Native American confirmed to serve in the president’s Cabinet — a historic moment celebrated by American Indians throughout the country.

In California, which is home to 109 federally recognized tribes and more people of Native ancestry than any other state, expectations are high. Not only will Haaland, a citizen of the Laguna Pueblo, have a seat at the table — she will lead the Interior Department, the branch of the federal government that has more involvement in tribes’ affairs than any other.

In the lead-up to the 51-40 Senate confirmation vote, The Times asked tribal leaders about their hopes for Haaland (D-N.M.) and how she might reshape the agency’s relationship with Indigenous Americans. Many wished for more land, more help for tribal businesses and a simpler process to petition for federal recognition.

Some are skeptical that she will be able to make lasting changes to a bureaucracy with a long history of mistreating Native people. But for others, this is a moment of unparalleled opportunity.

I’ve been a tribal leader for 17, maybe 18 years now, and I know we’ve had a lot of disappointments throughout the years. Growing up, I remember my grandmother and grandfather talking about the [Bureau of Indian Affairs] and how representatives of the BIA were not listening to us. I was young, but I remember a non-Native came in with a clipboard, talking to my grandparents. I remember vividly the disappointment. I could feel it. They were not listening to us on what our needs were. They were telling us what we needed. It seemed like they came to the reservation with their minds made up.

And that’s changed. Those were the days we didn’t have a whole lot of economic opportunities. Today our tribe is thriving. We’ve got a separate economic development arm and a number of different business disciplines. Things certainly have changed quite a bit.

I think as the first Native American Interior secretary, the real opportunity here is for healing with Indigenous people across the nation. Having a Native person — not only by blood — but who grew up in her mom’s pueblo, learned the ways of the Laguna people, and has the respect and praise of the land, Mother Earth, Father Sun, just the spiritual element. She’s our modern-day warrior.”

I know Deb Haaland will understand how it is imperative for us to expand. It’s always been about land for us. We need more land. All we have is our six acres and my tribal members would like to have a place to come back to and call home. We do have an application in at the moment for a four-acre parcel and another two-acre parcel, which is a cemetery. You would think it would be a no-brainer to put a tribal cemetery in trust, but guess what, it’s delayed.

We also need access to broadband internet. Here in San Diego this isn’t an issue, but drive 30-45 minutes east and that’s when you start to have those issues of consistent Wi-Fi access. Now we do everything via Zoom, including telehealth. It’s putting our kids behind. Our elders are isolated. COVID has exposed some weaknesses. Maybe she can help with that.

I feel like she’s part of a shift. There’s been a change in the way people are thinking. Here in San Diego County, we have 18 federally recognized tribes. Even at the county level, they’re being more inclusive of all people, no matter who you are. It feels really good. I know the tribal people are feeling it too. It sets the stage for good discussions, good respectful discussions.”

“She’s one of us. It’s good to have one of us in a position that represents the administration and the federal government, but also represents us. She’s the bridge. Whatever the issue is that’s affecting Indian Country, I know she will be someone we can talk to who will have the Biden administration’s ear.

She understands how diverse tribes are. Gaming is important to one, fishing is important to another, and then you have oil. Renewable energy is something she wants to push and we look forward to working with her and seeing what opportunities there are. Tribes are starting to think that not everything should just be gaming — we need to diversify.

The pandemic has changed a lot. We don’t know when or if ever people will feel comfortable being in large group settings. We definitely had a drop off in gaming revenues, which we completely understand. And so we need to look at other things we can do revenue-wise and to create jobs. I think renewables are an opportunity.

When you drive into the Coachella Valley, you see all those windmills, thousands of them. And none of them are on tribal lands as of yet. We’re one of the biggest land owners here in the valley, so we do have plenty of opportunities to look at how we could use some of that land for renewable energy. It just makes sense.”

“I have reservations. I’m glad a Native person finally made it there. I’ll clap, but she’s not the first Indian to hold a high position in government, and no changes came out of those either.

You’ve got to understand where we’re coming from. The reality is we’ve got hundreds of years of dealing with a colonial government. Why should we expect anything different than what they’ve been doing? We just had the biggest wildfire in the history of California here in the Sierra National Forest. The federal government isn’t going to change anything. Pretty soon we’ll have the whole forest burned and we won’t have to worry about it anymore.

The North Fork Mono are an aboriginal tribe. We’re not federally recognized. We applied to the Bureau of Indian Affairs for recognition in 1983 and we’ve been going through this process … pretty much half my life. We’ve turned in like 30-35 boxes of historical information showing who we are and that we exist and we existed from long ago and we’re still here. They turned us down a couple of years ago. When they come out here, they call us ‘interested parties.’ We are not Indians to them.

Without federal recognition, we can’t get funding. We’re one of the leading environmental groups in the state. We’ve been doing forest restoration work and cultural burning for 25 years. We can’t get funding from anybody.

I’m hoping she’s open enough to listen, but it’ll depend on who she’s got around her. Maybe I’m getting too gloomy in my older life, I just don’t see change coming. We’re buried too deep by political tape. Everybody calls it red tape, I call it white tape.”

“It’s extremely exciting and promising to see, in my lifetime, a Native person confirmed to a position in the Cabinet. And as a woman, it’s even more exciting. I feel like it’s an incredibly promising time for Indian Country to have a Native person who understands what it’s like to be from a tribal community and understands the issues we’re facing, which are incredibly unique and you don’t find anywhere else.

I would really like to see a shift back to the focus on trust land acquisition that we saw with the Obama administration. That was incredibly well received in Indian Country. I’m a little biased, I’m from a California tribe that has a very small land base. We fought really hard to restore a homeland of about 220 acres in our ancestral territory in Amador County and I’m happy to say that finally happened in March of 2020. It was a long road, that’s for sure. It took just shy of 18 years. And that’s typical. Right now it’s open space, but one of the priorities is to develop a gaming facility there to provide much-needed revenue for the tribe.

Outside of the gaming context, it would be really nice to see some emphasis on economic development as well. We have a lot of members that are unemployed as a result of the virus. For us, attention to social services programs would really help us provide for our members while they’re unemployed or looking to get new skills. The Cares Act funding was great, but a lot of tribes got hit much harder than anybody anticipated and the effects were way worse than any amount of Cares Act funding they received.”