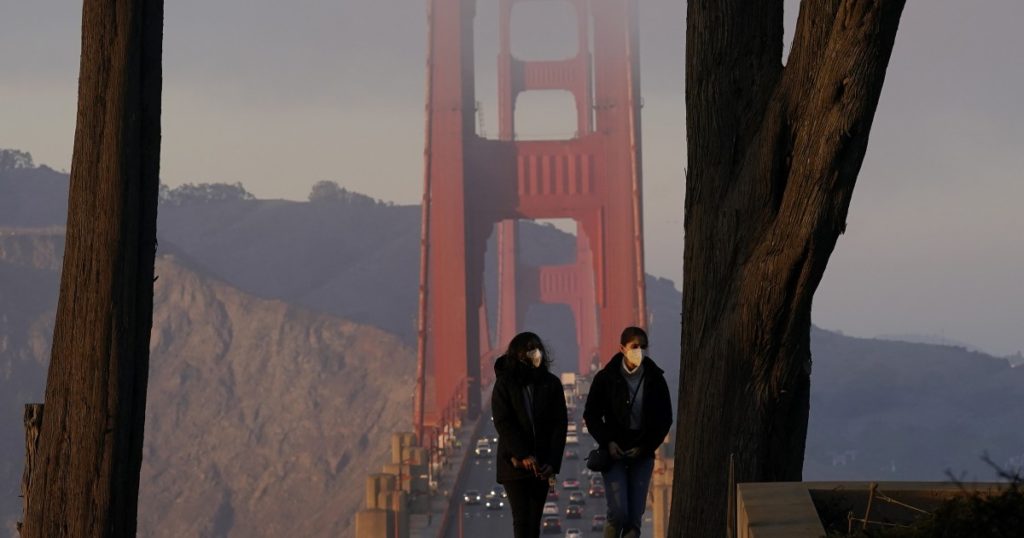 California will lose one seat in Congress for the first time in state history, while Texas and Florida are among the states that will see its representation increase, according to population data released by the U.S. Census Bureau on Monday that give the first glimpse of the coming decade’s congressional landscape.

The new apportionment figures — which uses the decennial head count to allocate representation in the U.S. House of Representatives across the states — are a crucial building block in mapping the country’s political geography. The details arrived months later than in a typical census as a result of the COVID-19 pandemic scrambling the standard timeline. The more granular data necessary to draw district boundaries are not expected until the fall, resulting in an uncommonly compressed and chaotic redistricting process.

The delays are injecting a new level of volatility into the 2022 midterms, as Democrats led by Speaker Nancy Pelosi of San Francisco try to fend off takeover in the House by GOP leader Kevin McCarthy of Bakersfield. The unknown contours of the eventual districts are complicating nearly all aspects of congressional campaigns, including candidate recruitment, fundraising and early appeals to voters.

“It’s like going into a war where you don’t know where the battlefield is, who your opponent is or when the battle is going to begin,” said former Rep. Steve Israel of New York, who led the Democratic Congressional Campaign Committee from 2011 to 2015.

Monday’s apportionment data offered a step toward answers to some of those questions.

The bureau will deliver the census block data — the smallest geographic area detailed by the count, which can vary from the size of a city block to hundreds of square miles in rural areas — by Sept. 30, six months later than originally planned. For California, that means maps won’t be finalized until February.

The census is the constitutionally designated method to mete out seats in the House of Representatives, which since 1929 has been permanently capped at 435 districts. Every state is guaranteed at least one representative, and the size of each delegation is based on population.

Last year’s census was highly charged, with then-President Trump seeking changes to the head count that critics said were meant to favor the GOP, such as adding a question on citizenship status. The move was blocked by the Supreme Court.

The mapping of district lines has long been an exercise in consolidating power. Districts must roughly have equal populations, but politicians have divvied them up often to the benefit of their own parties and incumbents, a process known as gerrymandering. The Constitution gives state legislatures the power to draw congressional and legislative districts, although an increasing number of states, including California, rely on independent commissions or other reforms to make the map-drawing less overtly partisan.

Still, Republicans are largely seen as having the upper hand in this year’s redistricting cycle, as they control the statehouses in Texas, Florida and North Carolina, all of which picked up additional congressional seats.

The smallest shift in district lines can have a major impact on a seat’s ideological tilt; without knowing those borders, it can be difficult to determine which candidate is the best fit.

“Some candidates are going to have to make a split-second decision about which district to run in, and it could completely alter their message or platform,” said Dave Wasserman, an expert on redistricting with the Cook Political Report.

The lack of clarity makes it more difficult for party leaders to draft contenders early — especially without knowing a district’s political leanings or whether a candidate lives within its boundaries (which is not required under the Constitution but is generally seen as a plus).

“You’ve got to know the answers to those questions before you invest a penny in a race,” Israel said.

Another complicating factor is the potential for incumbents to be drawn into the same district, laying the groundwork for a bruising intraparty battle that can take resources away from battles in swing seats. California Democrats had their own family drama after the last redistricting cycle, when longtime Reps. Brad Sherman and Howard Berman were pitted against each other for a San Fernando Valley seat. The feud nearly led to a physical altercation at a campaign forum; Sherman ultimately emerged as the winner.

“California was the biggest political earthquake of the last round of redistricting, replacing an incumbent protection map with one that paid no regard to incumbents or election data” because it was drawn by an independent commission, said Wasserman. “And one way or another, California is going to have a map that pays little regard to incumbency once again.”

The loss of a seat — owing to the state having its slowest population growth ever recorded over the last 20 years — could shake up Los Angeles County, redistricting analysts say. The 25th Congressional District, which includes Simi Valley and Santa Clarita, could be drawn inland, giving the seat a more liberal makeup and imperiling the reelection of GOP Rep. Mike Garcia. But the redrawing of the boundaries could also reverberate in the Central Valley or Orange County, the once solidly GOP region that now is prime swing territory.

Even after losing one seat, California’s 52-member delegation will remain the largest in Congress, followed by Texas, which will now have 38 seats.

The fact that Texas Republicans will hold the pen in redistricting looms large as Democrats try to find candidates for the upcoming cycle, as do historical trends that portend a difficult midterm election for the party that holds the presidency.

“My suspicion is this will be a much tougher recruiting cycle for Democrats than it was the last two times,” said Jim Henson, director of the Texas Politics Project at the University of Texas at Austin.

While some operatives in the state report some candidates are hesitant to commit to running, others say there’s been a surprising willingness for hopefuls to plunge into the fray.

“I attribute it to Jan. 6 and the insurrection at the Capitol,” said Lisa Turner, state director of the Lone Star Project, a Democratic PAC. “My phone has been blowing up with candidates saying ‘I’m running in this district….’ It doesn’t matter where the lines go.”

Sandy Mortham, who leads Maggie’s List, a national conservative group backing female politicians, said women are charging ahead by necessity; they need all the time they can get to raise money and build buzz. Her group has already issued two endorsements, an unusual step this early in the cycle.

“By the time the lines come out, it’s too late to jump in at that point,” Mortham said.

How the lines are eventually drawn may provide fodder for political attacks. In Colorado, Democratic state Sen. Kerry Donovan plans to challenge first-term Rep. Lauren Boebert, a conservative firebrand who has gotten national notice as a gun-toting provocateur. Donovan’s legislative district overlaps considerably with the 3rd Congressional District seat held by Boebert, but Donovan’s home, a condo in Vail, sits just outside the current boundaries.

Donovan told the Denver Post that she and her family own a ranch in the 3rd District, and her home could be drawn into the seat after redistricting. Boebert, meanwhile, is already painting her potential opponent as a carpetbagger.

“Perhaps Ms. Donovan should focus on where she lives, works and votes instead of trying to increase her political position by pandering to folks she doesn’t even know,” she said in a statement to the Post.

The impact of the census delay is also rippling into the judicial system, where multiple states have filed lawsuits challenging the September release of the redistricting data or seeking court approval to change their deadlines for the process. In summer 2020, the California Supreme Court granted more time to the state’s independent redistricting commission to complete its work, which involves not just congressional and legislative maps, but county and city lines as well.

In Congress, meanwhile, a bipartisan group of lawmakers is seeking to give legal cover to the delayed data release for the 2020 count by enshrining into law the later deadlines previously announced by the Census Bureau. A previous version of the legislation failed last year in the Republican-controlled Senate.

“There was always this fight to give [the bureau] more time, depoliticize it, try to get a more accurate count,” said Democratic Rep. Jimmy Gomez of Los Angeles, a co-sponsor of the measure. He said the bill was necessary in order to give “greater legal standing for the states to push back their redistricting.”

Still to come are challenges to maps once they’re drawn, which Paul Mitchell, a Sacramento-based consultant, calls “the inevitable afterbirth of redistricting.”

“The narrowing of the time frame between the completion of plans and the filing deadlines really limits the ability to sue,” said Mitchell, who runs a redistricting consulting firm. “If you sue successfully, it narrows the ability to create remedies.”