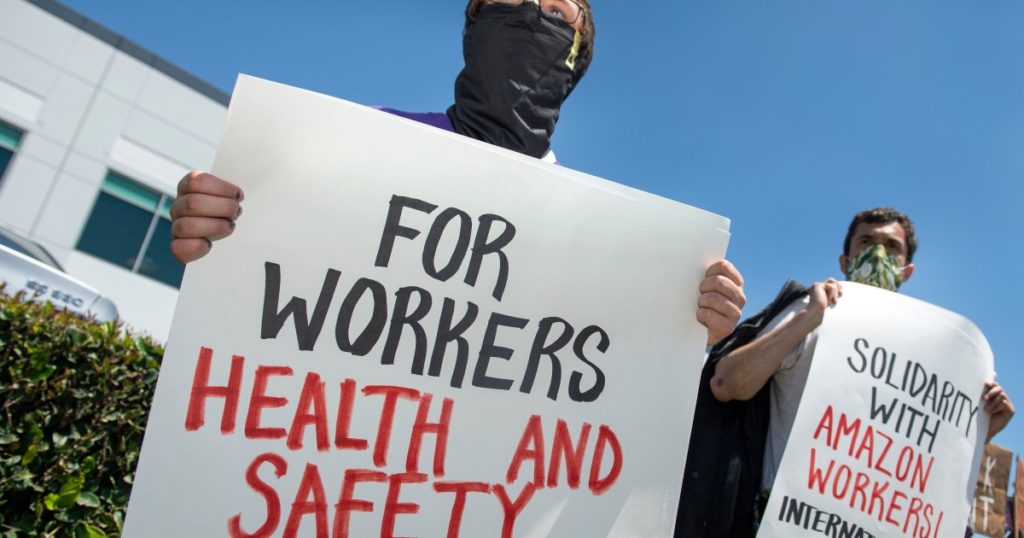 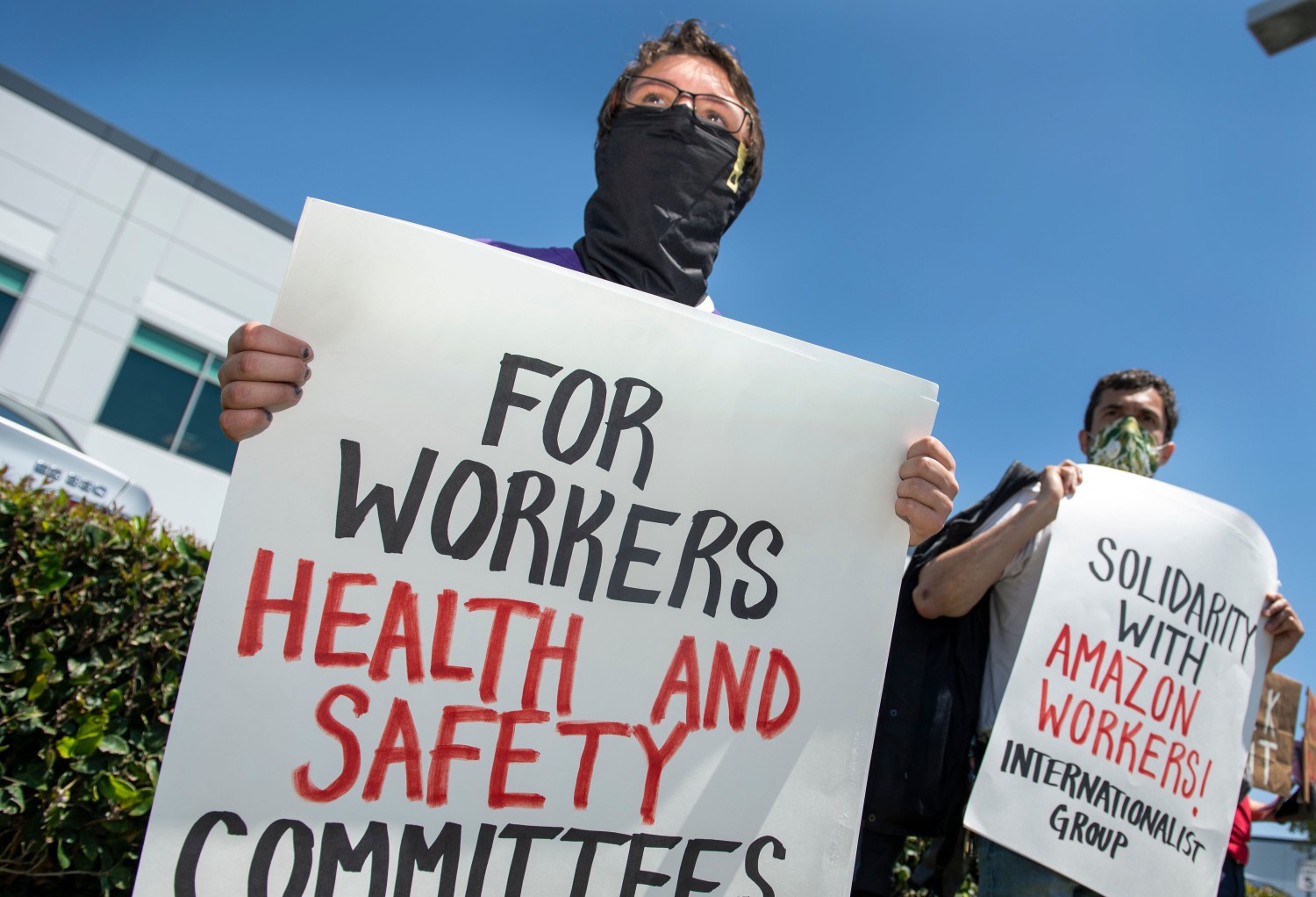 California is on track to issue emergency rules aimed at curbing workplace spread of COVID-19 — offering a chance at relief to essential workers, who have been disproportionately sickened by the worsening pandemic.

A six-member board overseeing California’s Division of Occupational Safety and Health, known as Cal/OSHA, voted unanimously Thursday to advance a slate of workplace protocols that have been championed by labor advocates since May.

By establishing how employers must protect their workers, the new rules would give Cal/OSHA a baseline it could use to hold recalcitrant businesses accountable. Early in the pandemic, the state began issuing detailed COVID workplace safety guidelines for dozens of industries, but Cal/OSHA’s authority to enforce those guidelines is disputed, while its authority to enforce the emergency rules is clear.

The new policy could take effect within a few weeks pending a review and comment period. It would apply to the employers of most private- and public-sector workers statewide, except those in healthcare who are already covered under a 2009 state law governing infectious airborne illnesses.

Dozens of essential workers — including janitors, teachers, fast-food workers and meatpackers — testified at Thursday’s meeting about persistent workplace outbreaks and employers unwilling to provide personal protective gear or help employees keep their distance from one another.

“We can’t bring community spread under control unless we bring workplace spread under control,” said Maggie Robbins of Worksafe, which was among several groups that petitioned Cal/OSHA to consider emergency protections. “This is a way to set legally enforceable standards that are consistent across the workforce.”

Robbins applauded officials for moving swiftly in a rulemaking process that could have taken several more months.

But business interests argued against the proposal’s passage, calling the process “rushed” and the provisions duplicative and burdensome.

Robert Moutrie of the California Chamber of Commerce, which represents over 40,000 employers in the state, raised concerns about “feasibility and clarity.” He implored the board to delay the issue to give business groups more time to weigh in.

Katie Hansen of the California Restaurant Assn. called some of the rules “unnecessary and excessively costly” for businesses already taking stringent measures to keep their workforces safe. “Emergency regulation is a one-size-fits-all approach.”

Under the new rules, employers would have to create written COVID-19 prevention policies that identify and mitigate workplace-specific hazards. Employers would also have to provide face coverings and personal protective equipment at no cost to workers.

In the event of an outbreak — defined as three or more cases in a workplace within a two-week period — employers would be required to provide free coronavirus testing. Other provisions reinforce existing guidelines such as the requirement to promptly notify health officials, Cal/OSHA and workforces when employees test positive for the virus.

The Cal/OSHA protocols recognize the latest research confirming that airborne transmission of the virus can occur, but they stop short of recommending specific ventilation requirements for workplaces. Increasingly, experts have focused on “air changes per hour”— an air quality measure that could play a significant role in limiting the spread of the coronavirus indoors.

Alice Berliner of the Southern California Coalition for Occupational Safety and Health, an advocacy group, said no policy is foolproof but hailed Thursday’s vote as a step in the right direction at a critical juncture for the state.

On Monday, more than 13,000 new coronavirus cases were reported in California, setting a new single-day record. Since the winter, the state has tallied more than 1 million cases, including more than 18,000 deaths. State officials responded to the new surge by announcing a dramatic rollback in reopenings this week.

Nationwide, there have been more than 11 million reported cases, with experts projecting that the death toll could climb as high as 298,000 by early December.

California’s set of new rules “gives Cal/OSHA a lot of clarity in what they can cite employers on and how they can hold employers accountable,” Berliner said. She said the standards could make employers think twice about disregarding social distancing and other protocols meant to protect workers and “equal the playing field” for those who already have been following these guidelines.

California would be the third state to implement emergency COVID workplace rules. Virginia was the first to issue statewide workplace regulations in late July, requiring employers to follow guidelines or face fines. Oregon’s rules took effect Monday and are slated to last until May 2021.

California’s emergency rules will likely be in place for six months, though officials are expected to convene an advisory committee to consider whether permanent policies should be adopted to safeguard against future pandemics.

Assemblymember Eloise Gómez Reyes (D-San Bernardino) repeatedly questioned Cal/OSHA Chief Doug Parker about why the agency has so many open jobs despite its ample funding to hire. The Times has reported extensively on the agency’s longstanding struggles to attract and retain inspectors, including its recent efforts to entice retirees to rejoin its ranks.

Several inspectors have previously told The Times that the pandemic has buried Cal/OSHA staff in more complaints than they can handle, stymying the agency’s ability to effectively respond. Labor advocates who testified at the Tuesday hearing criticized the agency’s increased reliance on remote “letter investigations,” sometimes in lieu of on-site inspections.

Parker admitted his staff has struggled to make do with less, but expressed confidence that the emergency rules were “achievable” for the agency if implemented.

Essential workers — many of them COVID-19 survivors — expressed frustration with recalcitrant employers and Cal/OSHA’s inability or unwillingness to intervene. A study published this month found that workplace transmission presents severe risks to essential workers and their household members, who tend to be disproportionately Latino and Black and to work in low-wage sectors.