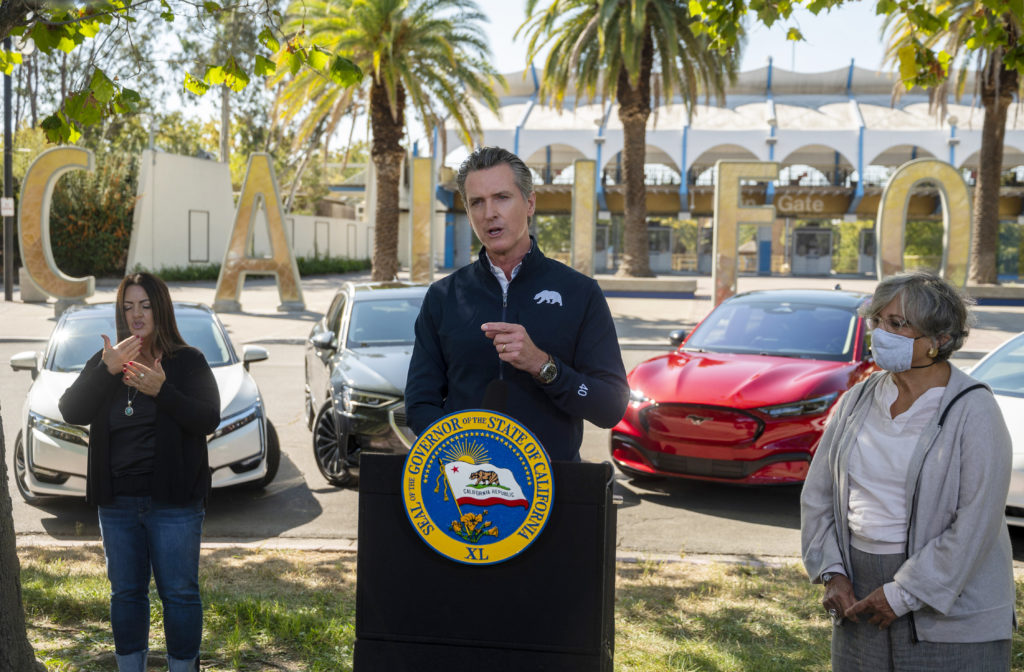 Earlier today, President Joe Biden announced proposed new automobile emission standards and an executive order that will require that half of all cars sold in 2030 and beyond be electric vehicles.

For Governor Gavin Newsom and California, these announcements were welcome news. When the previous administration had rolled back federal fuel-economy and emission standards, California led a coalition of states in creating their own standards, a policy that landed them in court after then-President Trump argued that states didn’t have that right. However, major automobile companies sided with California, noting that designing and building more fuel efficient vehicles was needed to compete in the international market.

“California applauds the Biden Administration’s move to boldly reduce climate pollution from cars, inspired by California’s nation-leading framework. The climate emergency demands no less. Today’s proposal will help to clean the air and create a healthier future for our children and our planet,” said Newsom in a statement.

The proposed rule from the NHTSA would lock in average fuel economy increases of just under four percent every year, with an ultimate fleet-wide average of around 52 miles per gallon for 2026 model-year vehicles. This is slightly below the goals set by the Obama administration that were thrown out by Trump. Under the Obama rule automakers had to increase the average fuel economy of their fleets by five percent each year, with the goal of hitting a fleet average of 54 miles per gallon in the 2026 model-year cars.

The EPA’s proposed rule requires emissions reductions that scale with the proposed fuel economy gains. I.e. as cars use less fuel, they must reduce their emissions at the same time.

The two rule proposals will now go through a months-long public comment process before final rules are proposed and accepted.

The good news is that the “big three” automakers do not appear to be a roadblock to these rules. Executives from General Motors, Ford, and Stellantis, the company formed by the merger earlier this year of Fiat Chrysler and France’s PSA, were all on hand at the press event to announce the new proposed rules and goals. TESLA executive Elon Musk has also signaled support for the goals and rules.

Back in California, Newsom is taking a victory lap noting that Biden’s announced changes were similar to California Framework Agreements, signed by the state with five major automakers in 2019 to serve as a path forward for clean vehicle standards. After four years of fighting with Washington, D.C., California seems happy to have an ally.

“We look forward to continuing our decades-long collaboration with federal partners to build on California’s clean car leadership and deliver the investments needed to support the nationwide build-out of clean vehicle infrastructure,” finished Newsom.