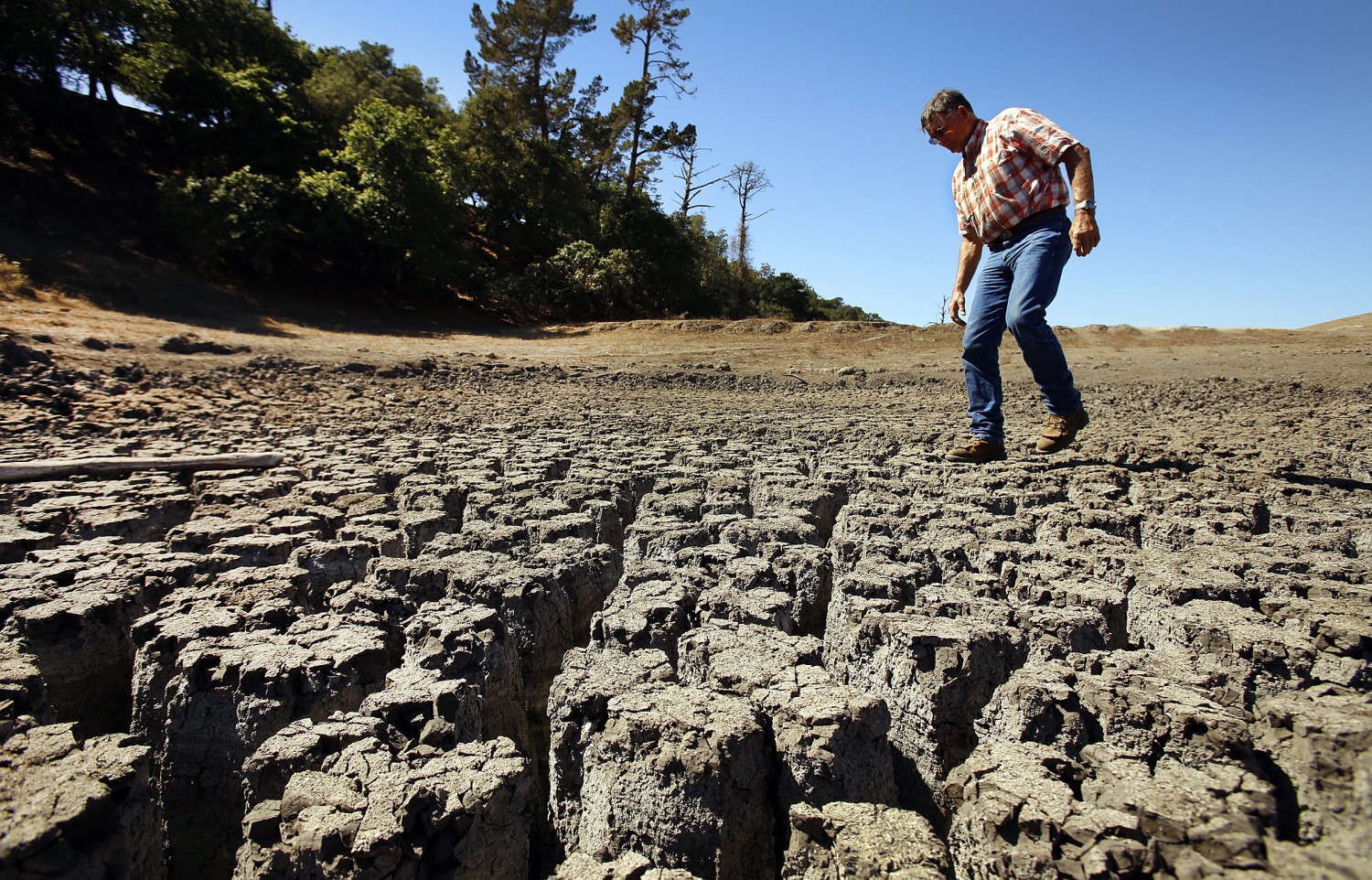 California’s big reservoirs are about half empty. We’re heading into another drought. But Sacramento’s vault is overflowing while Washington is pumping in more dollars.

Here’s an idea: Spend some windfall money on no-brainer, quickie public works projects to help us confront the drought and prepare for an unstable climate future.

Atkins is writing legislation to capitalize on state government’s unexpected fiscal bonanza, created mainly by upper-income prosperity during the pandemic and a free-spending federal government. She proposes to swiftly spend $2 billion on strategic, non-controversial waterworks.

Yes, government rarely does anything swiftly. But the Senate leader believes there’s ample reason to break the norm this time. The money is sitting idle, and the need is clear. We just came through our second straight dry winter.

The statewide snowpack was only 59% of normal last week.

Shasta Lake, California’s largest reservoir and the cornerstone of the federal Central Valley Project, was just 53% full. That’s 65% of average for April 1. Oroville, the main reservoir in the State Water Project that helps supply Southern California, was 41% full — 53% of average.

The federal and state water projects are projecting severe summer cutbacks in deliveries to farms and cities.

Meanwhile, Gov. Gavin Newsom and the Legislature are reveling in a state budget surplus of around $20 billion.

There are also a few hundred million dollars left over from state water bonds approved by voters.

So, money’s no object.

That’s not even counting a potential cascade of tax dollars from Biden’s new $2-trillion-plus infrastructure proposal. It contains $111 billion for waterworks. But Congress will be fighting over that for months.

Sacramento doesn’t need to wait for Washington to act.

“We have a once-in-a-generation opportunity with one-time available funds and federal stimulus dollars on top of existing bond funds, and I say let’s turn on the tap and get those dollars flowing now,” Atkins told me in an email.

“We have a unique opportunity this year and it would be foolish to sit on our hands.”

Atkins, who was raised in rural southern Virginia, added, “Growing up in a house without running water, not having set my eyes on the ocean until I was 18, the word ‘drought’ triggers a strong reaction in me.”

Her family’s bathroom was an outhouse. They used a rain barrel to collect water. Atkins learned about water shortages the hard way.

She isn’t thinking about building dams. Those are too controversial and costly. And the projects drag on for years. She envisions major groundwater replenishment.

Virtually every California river or stream worth damming already has been. We’ve about run out of feasible dam locations.

There are nearly 1,500 dams in California. Roughly 1,000 are major. Eleven can hold at least 1 million acre-feet of water. Folsom, near Sacramento, has about that capacity but now is only 37% full — 57% of normal.

There’s one dam planned north of Sacramento in Colusa County that makes sense — Sites. It would be an off-stream reservoir holding 1.8 million acre-feet of water siphoned off the Sacramento River.

The state has pledged $820 million to help pay the $5.2-billion cost. But the project still needs more buy-in from local water districts that would primarily benefit from and pay for the reservoir.

Atkins proposes to divert $145 million in bond funds set aside for a more controversial dam project — Temperance Flat on the San Joaquin River near Fresno. The prospects of building that $3-billion-plus dam seem slim.

She suggests using the state money for other water projects to help San Joaquin Valley agriculture. An example: Recharging aquifers that have been over-pumped, causing water tables to drop so low that wells have dried up.

Her legislation would provide $500 million so small towns could clean up drinking water and create more storage, such as erecting new water tanks or hooking up to larger water systems.

There’d be $500 million in rebates to homeowners and small businesses for replacing water-guzzling vegetation with drought-friendly landscaping.

There’d also be $300 million to help water districts meet a state requirement that all groundwater pumping be sustainable by 2040.

Falling aquifers have caused land to sink in some areas, cracking aqueducts and canals — and creating massive water leakage.

Atkins doesn’t propose to patch the aqueduct leaks, because paying for it is too contentious. The Legislature could get bogged down.

Environmental activists demand that local water districts — mainly agriculture — finance the patching. The districts counter that it’s a state problem; the more water saved, the better for everyone. That makes sense.

“Some canals are facing water losses of between 15% and 60%,” she says. “The bottom line: This is about food on our tables.”

Meanwhile, Atkins is looking for the quickest way to get California ahead of its next big crisis: a drought. Hopefully, she’ll be joined by Assembly leaders and Newsom.