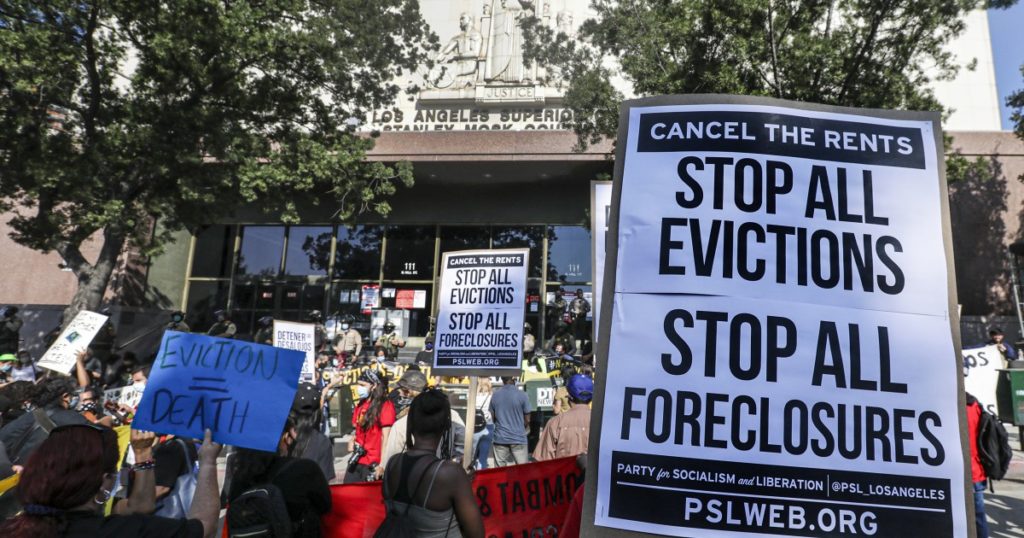 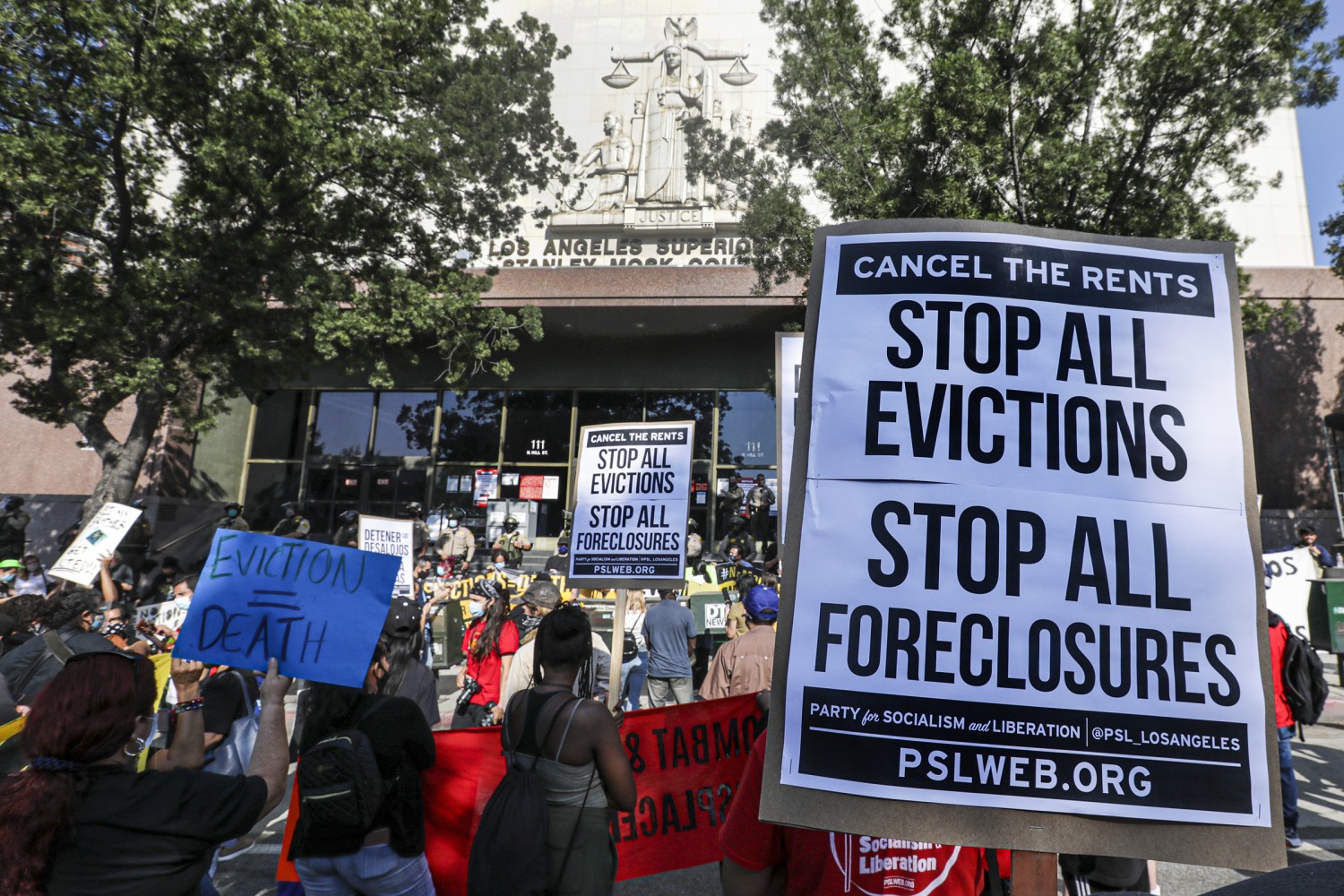 Months after the state approved $2.6 billion to help California tenants pay rent amid hardship caused by the COVID-19 pandemic, advocates say a disappointingly low number of people have applied, as the program has been hampered by a slow start, confusion and bureaucratic red tape.

The problems have emerged as Gov. Gavin Newsom last week proposed to double the amount available for rent relief to $5.2 billion to pay 100% of back rent owed by many low-income tenants as well as rent for some future months.

Now, with state eviction protections expiring at the end of next month, and talks on additional action not yet yielding a proposal, housing advocates say the state needs to do a better job of helping low-income tenants get the rental assistance they need.

“The pace at which applications are being completed and relief is reaching tenants and landlords is highly concerning to legal services attorneys, community partners, and applicants around the state,” said Cynthia Castillo, a policy advocate for the Western Center on Law and Poverty.

Tapping federal stimulus money, California’s program includes $1.4 billion to be handed out by the state and $1.2 billion to be dispersed by cities and counties.

Applications have so far totaled only about 30% of the state pot, and claims for less than 10% of the money have been approved, but not all sent out. Newsom and the Legislature approved the funding in January, but the application period opened two months ago, on March 15.

Of the $1.2 billion overseen by local agencies, “many … have only just gotten their rent relief programs underway, and some have not yet started accepting applications,” said Russ Heimerich, a spokesman for the state Business, Consumer Services and Housing Agency.

The city of Los Angeles has received applications for more than $500 million in rental assistance but only has about half that amount.

“If the state does not sufficiently address the ways in which the current SB91 framework leaves vulnerable renter households behind, Los Angeles City and County may choose to opt-out of future partnerships with the state and administer our own rental assistance programs to better address the needs of low income renters in our jurisdictions,” Garcetti and Solis said in a letter dated May 4.

Assemblyman David Chiu (D-San Francisco) told housing officials at a legislative budget hearing Tuesday that some areas of his district have not seen any money dispersed yet.

“There is tremendous anxiety on the part of our constituents about the challenges of accessing this money,” Chiu told Lourdes Castro Ramírez, secretary of the Business, Consumer Services and Housing Agency.

A U.S. Census survey in December found that more than 1.9 million adult Californians living in rental homes reported being behind on their rent.

In response, the Legislature and governor approved a law in January that prevents eviction of tenants through June 30 as long as they pay at least 25% of their rent.

Under that law, if landlords waive 20% of back rent owed, the state would reimburse them for 80% of an eligible tenant’s unpaid rent going back to April 1, 2020.

Renters whose landlords choose not to participate in the program may apply on their own and receive 25% of unpaid rent between April 1, 2020, and March 31, 2021.

So far, 63,363 applications have been submitted by tenants and landlords, and 116,564 applications are in progress, with $428 million of the $1.4 billion administered by the state requested and $102 million approved.

The average payment so far is just under $12,000, Heimerich said.

Garcetti and Solis called for more money for tenants in areas they serve where there are higher concentrations of renters, as well as a lifting the 25% cap on assistance for unpaid rent for those whose landlords decline to participate in the program.

Many tenants have not applied to the program because they wrongly believe there is a blanket moratorium on evictions or they know their landlord will not apply, so they would have only received partial help, according to Elena Popp, an attorney who is executive director of the nonprofit Eviction Defense Network.

“Their landlords are looking for a reason to get them out so they can raise the rents to market,” Popp said, noting many tenants are in rent-controlled units where rents are below market.

Popp also noted that the state website and applications for the program are complicated.

“Those who have tried to apply have indicated it is difficult to maneuver. People give up,” she said.

Housing officials told legislators at this week’s hearing that the federal government has approved simplifying the application so tenants can attest to their finances and hardship, providing less documentation.

The governor’s proposal to expand the program to cover 100% of rent owed, which still requires approval by the Legislature, should also help, according to Geoffrey Ross, a state housing administrator.

“That would likely open up the door much more widely so that we would start to see the flow of applications come in at the levels we would fully expect,” Ross told lawmakers.

The proposal would pay up to 18 months of rent, including past-due rent, as well as future rent in three month increments that can go beyond the June 30 eviction protections as long as money and need last.

Swift action is needed by the state given the looming expiration of eviction protections on June 30, Popp said.

“We stand on the precipice of an eviction cliff and unless the state protections are extended and this program is simplified, our communities will be thrown off the edge and destroyed,” Popp said.