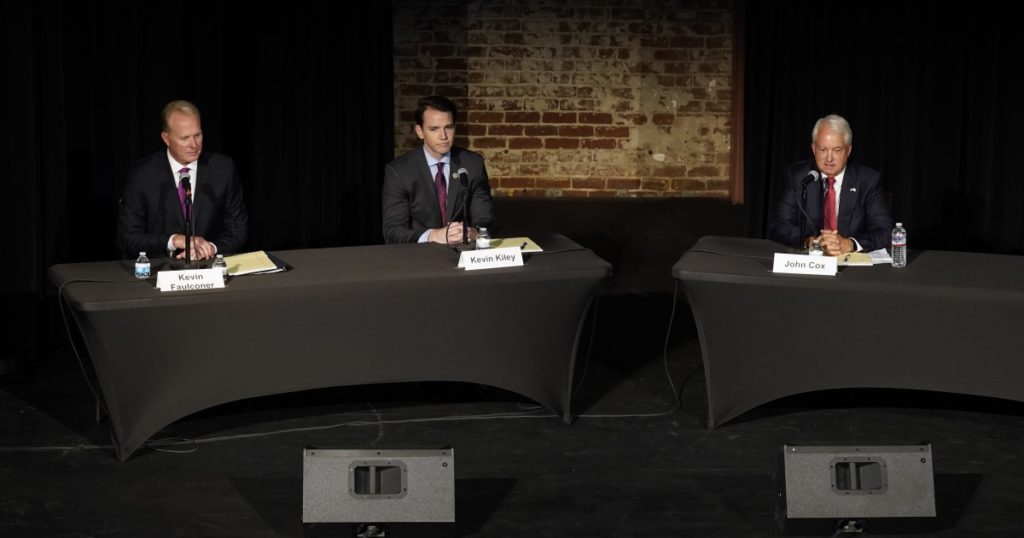 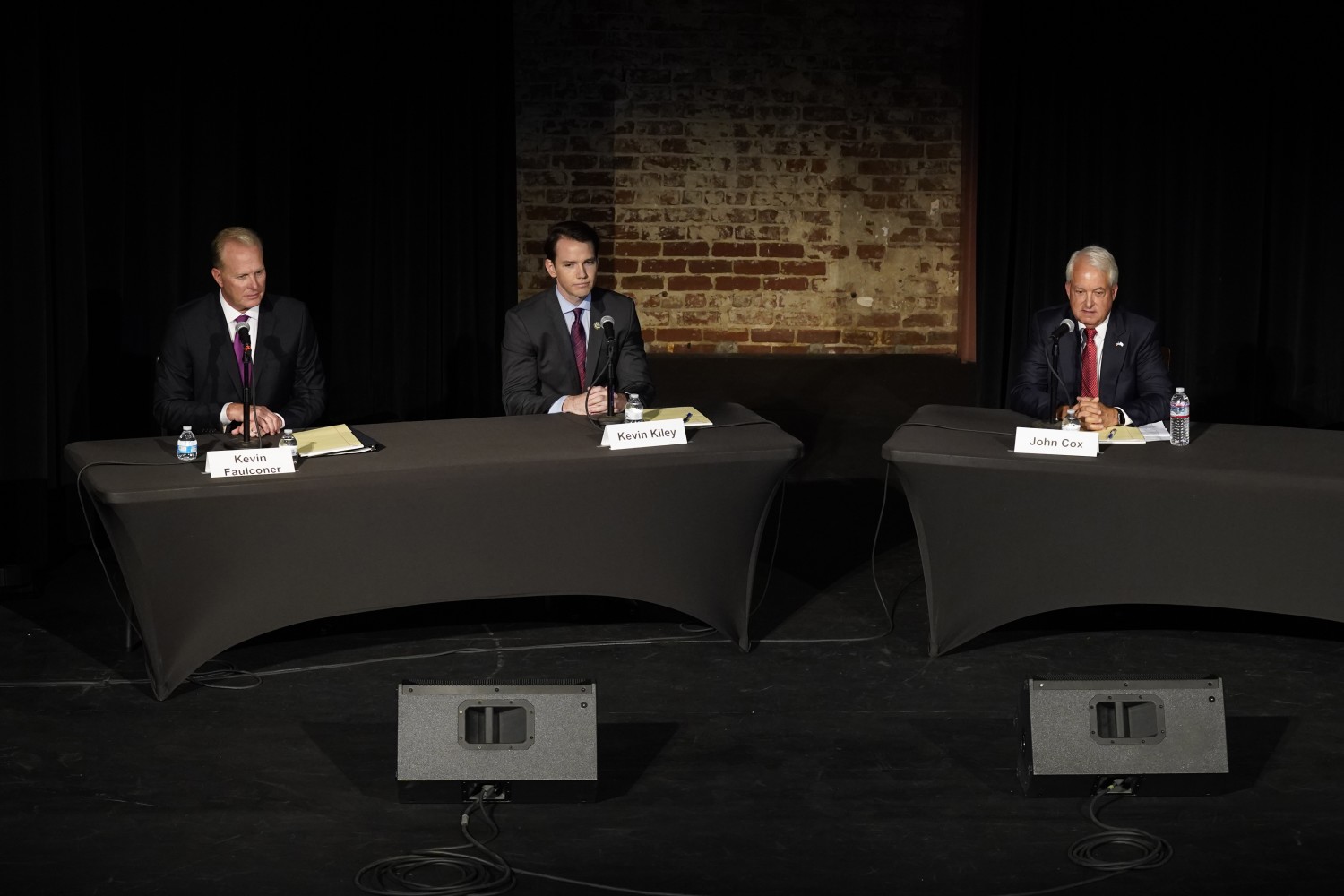 Gov. Gavin Newsom’s statewide orders in response to the COVID-19 pandemic in California made him a favorite target of conservative critics, including those vying to replace him as governor, who view him as a symbol of heavy-handed Democratic leadership.

Now, with the recall election less than a month away, one of those same GOP critics could find themselves in the difficult position of guiding the most populous state in the nation through another surge of the coronavirus this fall.

“There is no more consequential decision to the health and safety of the people in the state of California than voting no on this Republican-backed recall,” Newsom said Tuesday at an event in Alameda County.

So, how would his GOP rivals govern during the pandemic? Differently than Newsom, they say.

The Los Angeles Times asked the leading Republican replacement candidates a series of questions to understand how they would handle COVID-19 as governor of California.

“Gavin Newsom has used the pandemic to grab power and increase government’s control over every aspect of our lives,” Cox said. “I don’t believe in that; I believe in personal responsibility and choice.”

Deferring power to local government — and avoiding handing down controversial statewide mandates — is perhaps the safest political path for a gubernatorial hopeful and one Newsom himself has followed at different times throughout the pandemic.

Seventeen months after the state’s first-in-the-nation stay-at-home order, Californians are tired of the pandemic life, and the candidates are likely to be aware that suggesting they would enact new statewide orders if elected could hurt their standing among their base.

And there’s little political incentive to take a tougher stance after election day as campaigning for the 2022 gubernatorial election will begin almost immediately.

“Everyone is afraid to make a move in fear of alienating someone,” said Kathy Fairbanks, a longtime Sacramento public affairs strategist.

Since reopening the economy, ending business restrictions and calling off his earlier indoor-mask mandates on June 15, Newsom has left rules up to local governments even as the more easily transmissible Delta variant has increased California’s coronavirus case counts and hospitalizations. Read also : U.S. sending emergency envoy on Israeli-Palestinian conflict. The result has been a patchwork of ordinances — some of which ask for voluntary compliance and others that mandate it — county by county.

None of the candidates said they would go further than Newsom and mandate indoor masking statewide.

“As governor, I am going to listen to doctors and follow their advice,” he said. “I will work with health experts to monitor hospital capacity and will empower local governments to make public health decisions based on the facts on the ground.”

Kiley, who represents the Sacramento suburbs, has made it clear in debates that he is opposed to mandates of any kind and says he would immediately rescind the governor’s COVID-19 state of emergency. People should be able to choose whether to wear masks indoors, he said.

“I would trust in California citizens to make their own choices,” he said.

Cox said vaccinated Californians should be able to resume pre-pandemic life without masks.

“Forcing vaccinated people to wear masks is counterproductive,” Cox said. “The unvaccinated may then feel that is there is little advantage to being vaccinated.” 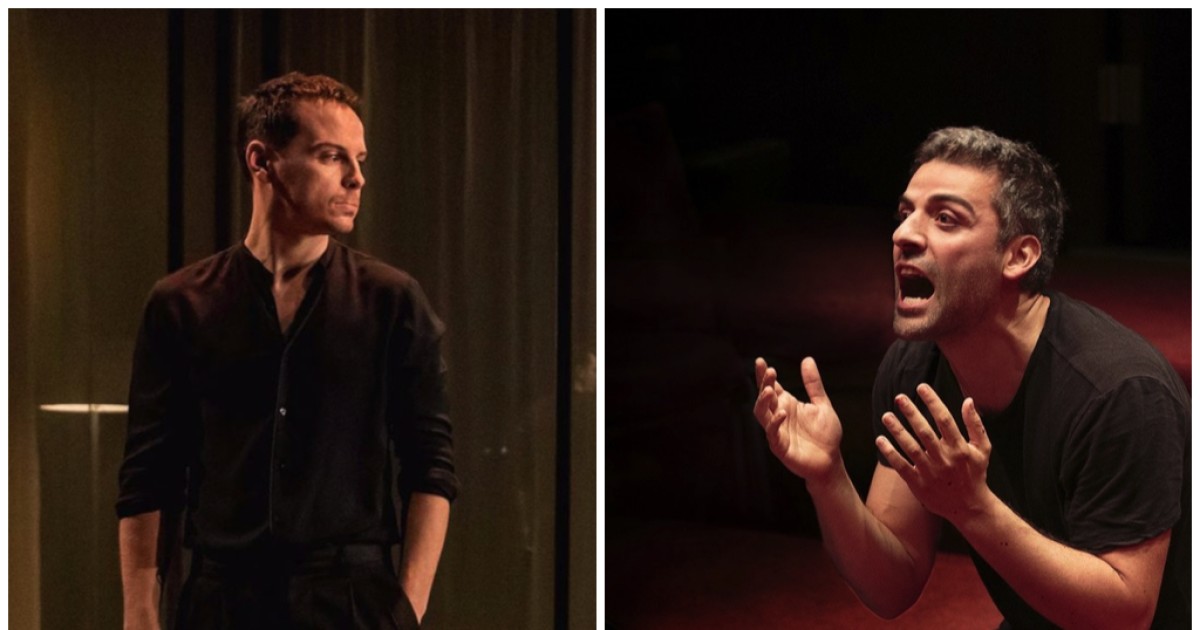 On the same subject :
The Trump impeachment trial: What Shakespeare would have seen
Samuel Johnson once observed that “when a man knows he is to…

Newsom has taken a stronger position on masks in schools and mandated that students, staff and teachers mask up on campuses statewide in alignment with U. Read also : Supreme Court rules for California motorist arrested in home.S. Centers for Disease Control and Prevention recommendations.

Faulconer said he “would consider mask rules” in schools based on the advice of doctors, “particularly if it will help achieve our goal of having children continue to receive in-person learning.”

Cox called masks in schools “a last resort, especially for populations that are already vaccinated. I believe in school choice for parents — if that were in place, parents could well choose to have their child masked if they want to.”

“California is in the minority of states that has a school mask mandate,” he said. “I would end that along with the state of emergency, bringing California into line with other states along with countries like the United Kingdom that are taking a balanced, science-based approach to the issue.”

“There’s no question that a mask mandate is the right thing to do from from a health standpoint and from a ‘keep the schools open’ standpoint,” Wachter said.

Children under 12 remain ineligible for COVID-19 vaccinations, and some students are immunocompromised or have health issues that make them more vulnerable to the disease than others. An optional mask policy, in which one parent could make a decision that affects the health of another person’s child, is a set-up for disaster, Wachter said.

“It’s far safer, it’s far saner, to enforce a mask mandate, while case rates are high, and they currently are in California and everywhere in the country,” he said. “In other parts of the country that don’t have mask mandates, the fruits of that are you’re going to have big outbreaks in the schools, you’re going to have to quarantine tons of kids, you may have to even close the schools.”

As more districts start the school year in person, the question of how to protect students and school employees has become critical from a public health perspective. Large outbreaks that shutter schools or another circumstance that requires the state to go backward on school guidance could also carry significant political consequences for Newsom before the recall election, and for any of his political opponents who might take over the governor’s office in the fall.

The California Department of Public Health has largely aligned its guidance for schools with the CDC, recommending students stay home when sick and get tested if they have symptoms or if they’ve been in contact with someone who’s tested positive for coronavirus infection. The state’s guidance also provides recommendations for school districts that choose to implement more rigorous testing and screening requirements.

If he were elected governor, Kiley said he would advise that “testing and quarantining requirements should not extend beyond what is recommended by the CDC,” and he would “communicate best practices to local health departments and school districts.”

“All measures should be taken to assure students are not needlessly kept out of school,” he said.

Kiley said decisions on school rules “would be left in the hands of local communities and their citizens” but noted limits on “what measures government officials can take at any level.”

Cox said he would recommend that students get tested for the coronavirus when they show symptoms and that, in handling infections, schools should follow guidance and do everything they can to stay open. Asked whether local school districts should be able to set their own rules, Cox didn’t provide a yes or a no answer but appeared to suggest that parents should be allowed to make their own choices.

“I believe that we must follow the science and we should let individuals make the decisions that are best for them as much as possible,” Cox said.

Faulconer similarly asserted that keeping schools open would be his top priority and guiding principle if elected. He said he supported testing on the advice of doctors and health professionals and supported the idea that districts should set their own rules.

“Yes, I support local districts having local control on those decisions, based on the foundation that schools are open for in-classroom instruction,” Faulconer said. 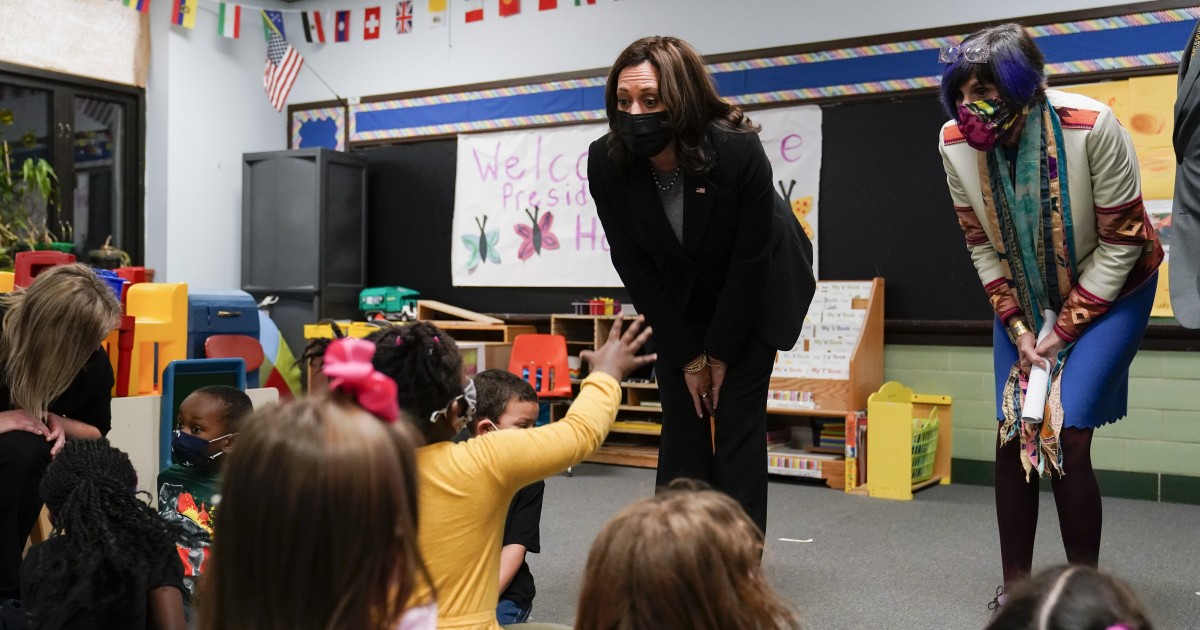 See the article :
Could lifting children out of poverty be Biden’s legacy?
As Vice President Kamala Harris toured a child-development center in West Haven,…

Of all his pandemic decisions, Newsom’s business restrictions may have earned the most pushback. On the same subject : A Vegas singer’s viral TikTok videos lead to a Super Bowl ad. The governor ordered all but essential businesses to shutter early on and toggled between opening and closing certain types of businesses with capacity limits depending on the spread of the virus in a particular county.

Cox said he would work to keep businesses open and focus on getting people vaccinated. His answers to several questions, including whether local government should be allowed to order their own business restrictions, centered around a theme that it’s not the role of government at any level to tell businesses what they can and cannot do, saying that “individual freedom is the bedrock of our country.”

“We believe in personal freedom and responsibility and we should protect the right of individuals to decide what is best for themselves with a disease for which there is a highly effective vaccine,” he said.

Kiley offered a similar limited-government approach, suggesting there was no situation that would inspire him to reduce the number of customers indoors at businesses statewide. He said he would reverse “steps California has taken towards a government-mandated verification system” for vaccines and “mandates to the full extent of my legal authority.”

He said it wasn’t clear that a governor had the authority to stop businesses from requiring patrons or employees to provide proof of vaccination.

Responding to a question about whether any virus conditions would lead to him taking statewide action to limit the number of customers inside businesses, Faulconer said if a new vaccine-resistant variant emerged or hospitals reached critical capacity, he would follow the advice of doctors to ensure that lives and livelihoods were protected.

“However, broad shutdowns should be a last resort since we have now learned more about how the virus spreads and we have other tools that were not previously available,” he said.

On whether business owners should be allowed to require patrons to show proof of vaccination to enter indoor bars and restaurants, he said they should have “the right to make decisions based on what they think is best for their employees and customers,” but acknowledged a racial divide in vaccination rates and said “a testing option should also be considered in order to ensure fair and equal treatment of all Californians.”

Faulconer said he would not interfere with a company’s right to require its employees to be vaccinated. 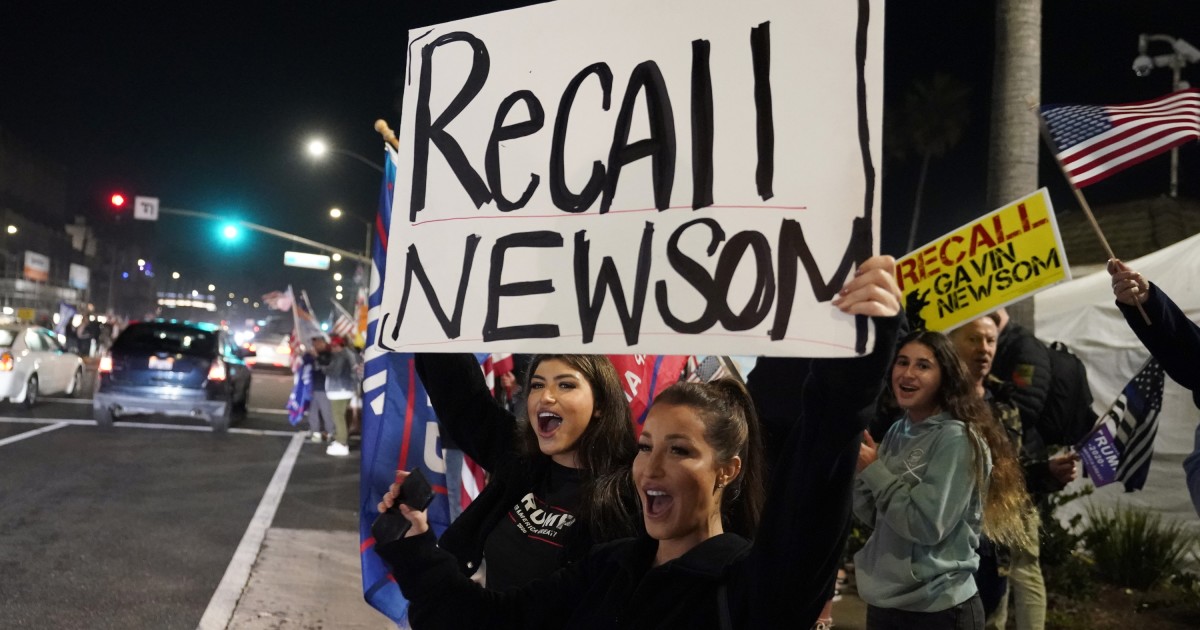 Where does Larry Elder stand?

Conservative talk radio host Larry Elder, who is currently leading polls as the top replacement candidate on the ballot, declined to answer any questions from The Times for this story.

Speaking to Fox News host Sean Hannity earlier this month, Larry Elder cited the”outrageous way [Newsom] shut down this state in the most draconian way than any of the other 50 states” as one reason Californians would vote to oust the governor.

“When I win I will fight any and all vaccine and mask govt mandates at state and local level,” Elder tweeted, though there are limitations on his ability to do so, and the effort would almost certainly face court challenges.

“The leading candidate, Larry Elder, wants to end mask requirements and vaccine requirements before his first cup of tea,” Newsom said. “His model is Texas and Florida, and Mississippi. I hope people pause and just consider the life-and-death consequences of that decision.”

California reports a total of 167 deaths per 100,000 residents, compared with 207 in Florida and 196 in Texas. Those differences may appear slight, but more than 10,000 additional Californians would have died if the state had Texas’ death rate, Wachter said.

“These are substantial differences that translate to thousands of deaths averted,” Wachter said.