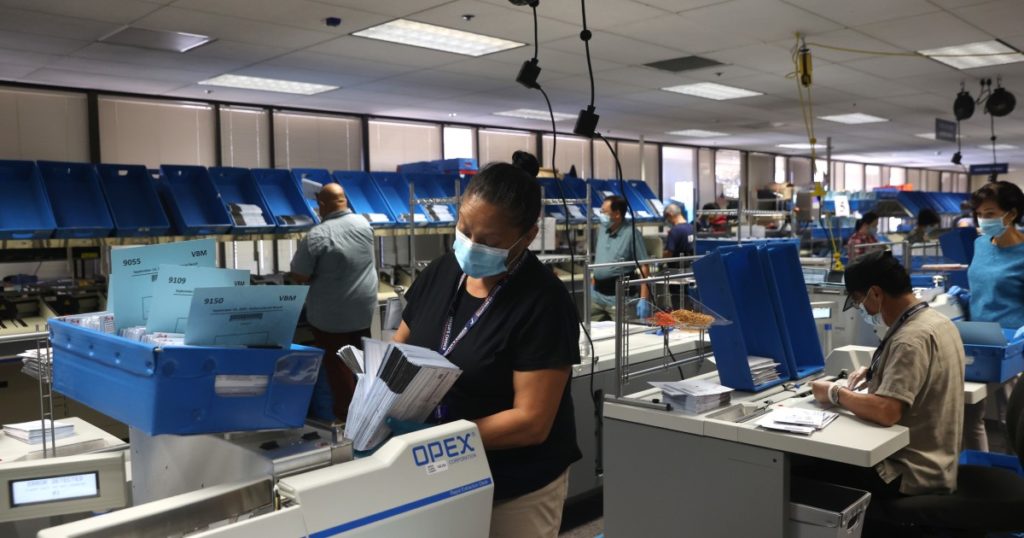 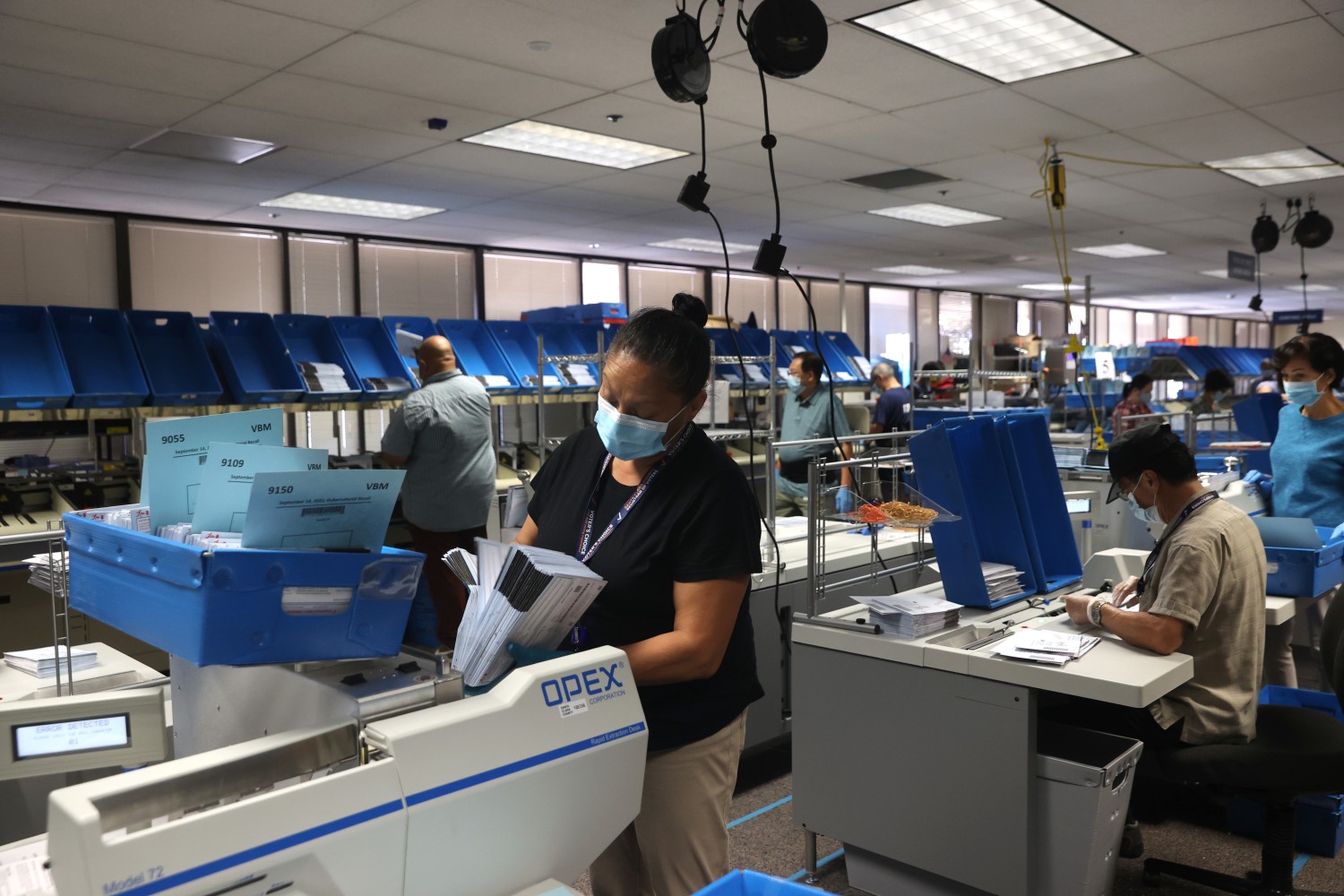 The gubernatorial recall election is fast approaching, yet most of California’s 22 million registered voters have yet to fill out and return the ballot they received in the mail last month. As of Wednesday, 70% of the ballots were still out in the wild.

If you have mailed in or dropped off your ballot but are worried that it has somehow gotten off-track, there’s an easy way to check its status. The state offers a free tool that can tell you instantly whether your ballot has been received.

The tool also can help you track a ballot you mail or drop off in the dwindling amount of time left before the Sept. 14 election. Ballots that arrive up to seven days after the polls close will still be counted as long as they are postmarked no later than Sept. 14.

To sign up for ballot tracking, go to the Where’s My Ballot page at the California secretary of state’s website, then enter your name, date of birth and ZIP Code. If you’ve already sent in your ballot, the site will tell you immediately what the status is — whether the envelope has been received, and if so, accepted or rejected.

In Los Angeles County, you can check to see whether your ballot has been received and your signature verified at lavote.net/AV_Inquiry.

The secretary of state’s system was built to follow your ballot from the moment it’s sent to you to the moment it’s accepted for counting. Once you’ve registered, you can have the system notify you when your ballot envelope is received and accepted by email, text, phone call or a combination of those. You also can limit the hours when notifications can be sent and pick which of 10 languages to use for the messages.

If your ballot envelope is rejected, it may be because a vote had already been recorded for you, there was more than one ballot in the envelope or there was a problem with your signature on the back — perhaps it was missing or it didn’t match what county elections officials had on file. Typically, the signature comparison is done first by a machine, then by hand for envelopes the machine rejects.

If your ballot is rejected because of a signature problem, county election officials are required to notify you within 24 hours and give you a second chance to verify your signature before the election results are certified. They’ll send you a form to sign, along with a postage-paid return envelope, and that new signature will be compared against your ballot envelope.

Not every voter manages to fix a signature problem, however. In the 2020 election, nearly 50,000 mail-in ballots were rejected for mismatched signatures. Still, that was a tiny fraction — less than half of 1% — of the 15.4 million ballots that were received.