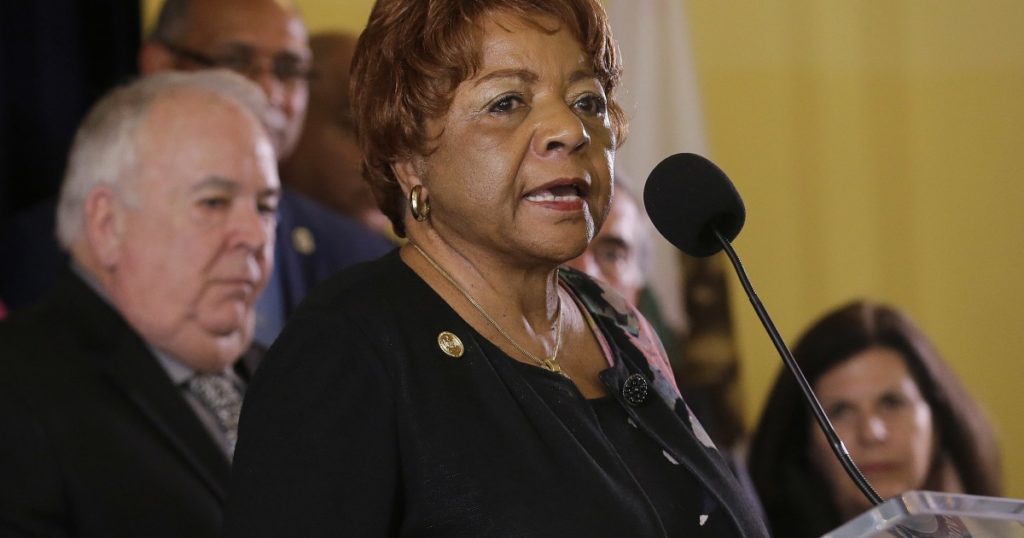 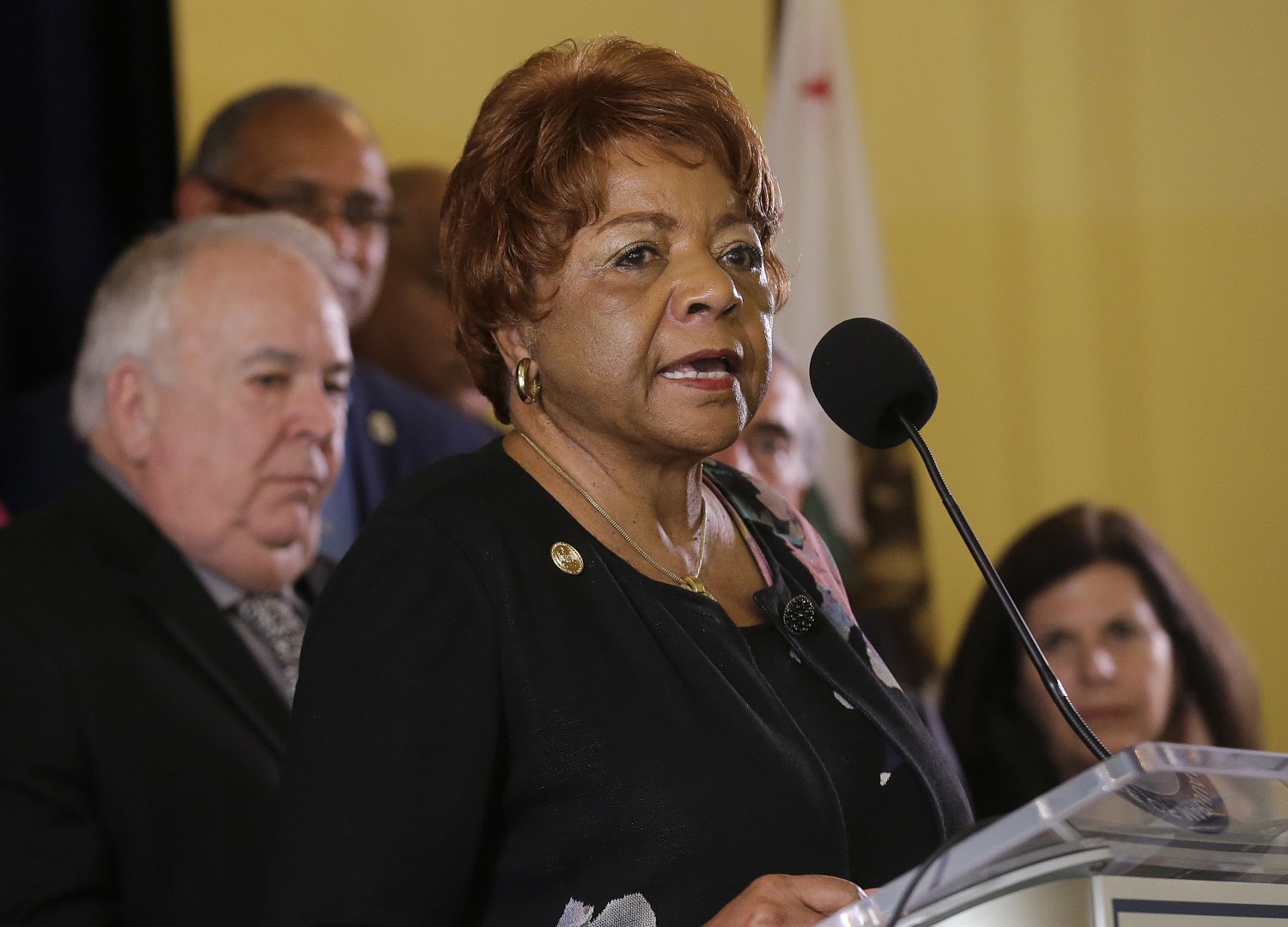 The longtime leader of California’s NAACP will step down next month, a move that comes amid conflict-of-interest allegations after her public affairs company earned $1.7 million endorsing ballot measures this year.

Alice Huffman, 84, cited health issues in her resignation letter to the executive board of the California Hawaii State Conference of the NAACP. She has held the post since 1999 and will step down Dec. 1.

“It was a demanding and rewarding position,” Huffman said in an interview Friday. “But it’s time to turn over the leadership to someone else.”

AC Public Affairs took in $740,000 from the campaign opposed to Proposition 15. The measure, which was rejected by voters, would have raised business property taxes to increase funding for schools and local services. Landlord groups and other opponents of Proposition 21 paid Huffman’s company $620,000 this year to help fight a rent control measure, which also fell short.

The bail bond industry’s campaign against Proposition 25 paid Huffman’s company $200,000 to oppose a plan to abolish California’s cash bail system. The measure failed. Huffman also sided with ride-sharing companies that backed Proposition 22, which was approved by voters and will allow the companies’ drivers to remain independent contractors, receiving $95,000 for consulting services. Her opposition to Proposition 23, an effort to impose new rules on kidney dialysis companies that was rejected by voters, netted her company $85,000.

Huffman said that she only works with campaigns that the state’s NAACP has endorsed and that her critics are often Democrats who feel she has stepped out of line. She’s said the state NAACP requires a majority vote of its board to take a position on any ballot measure. Huffman said her departure has nothing to do with the criticism and that she had previously made up her mind to resign, but was trying to get through the election cycle.

Darrell Goode, president of the NAACP’s Santa Monica-Venice Branch, said he’s been unable to obtain meeting minutes indicating how the state’s executive board has voted on ballot measures. Goode said he sent a letter last month to the national NAACP requesting an investigation into Huffman and other members of the state NAACP board, alleging a “lack of transparency and an apparent conflict of interest.”

Goode said in the letter that the investigation is needed to “restore our tarnished image.” Huffman is on the board of the national NAACP.

“We have brought up these issues before,” Goode said in an interview. “We have been telling people not to be silent, and we aren’t being silent either. It’s more egregious this time because there were so many propositions key to communities. We need to stand for what’s right.”

Last month, the state’s political watchdog agency, the Fair Political Practices Commission, received an anonymous complaint questioning whether there was a conflict of interest in Huffman’s appearance in ads for ballot propositions.

“I am quite concerned that, in trading on her NAACP leadership, these ads are misleading minority voters to support positions that may not be aligned with their political interests,” the complaint read.

FPPC spokesman Jay Wierenga said Huffman is not the respondent in the complaint, which remains under review to determine if an investigation is warranted.

Huffman denied all allegations of conflicts of interest, saying “everything I did was legal.”

In 2016, the FPPC fined the state NAACP for failing to disclose $67,000 spent on lobbying efforts.

Under Huffman’s recent leadership, the group has also struggled to maintain its state-mandated responsibilities. The office of California Atty. Gen. Xavier Becerra lists the state NAACP’s tax-exempt nonprofit status as “delinquent,” saying the organization has failed to file required documents to operate as a charity.

Becerra’s office said in an email to The Times that the civil rights organization is “working to get up to date” on filing the necessary documents.

The California chapter of the NAACP has not filed a state tax return since 2015, according to the Franchise Tax Board. The agency said the group has been suspended since 2018 as a result, noting an outstanding tax liability of $50.

But it was Huffman’s political activity that has drawn the most fierce criticism. Taisha Brown, the chair of the California Democratic Party black caucus, said Huffman’s alliances this year were a tipping point for people who have raised questions about conflicts for years.

“Everything that could potentially help Black people as residents in the state, the state NAACP went against it,” Brown said. “People have talked about this for years. I won’t let anyone get away with building wealth on the back of poor and disadvantaged people.”

Huffman said she will be replaced by Rick Callender, the state NAACP vice president and CEO of the Santa Clara Valley Water District. She will continue to lead AC Public Affairs and remain on the national NAACP board.

“I took some positions that they considered to be on the Republican side,” Huffman said. “It doesn’t matter to me. I took positions I thought were right for the community.”