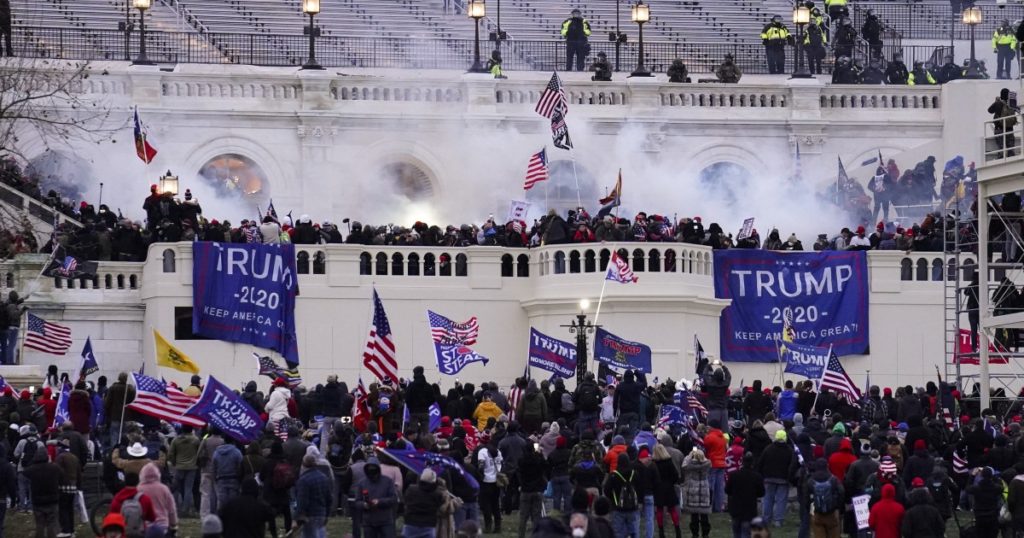 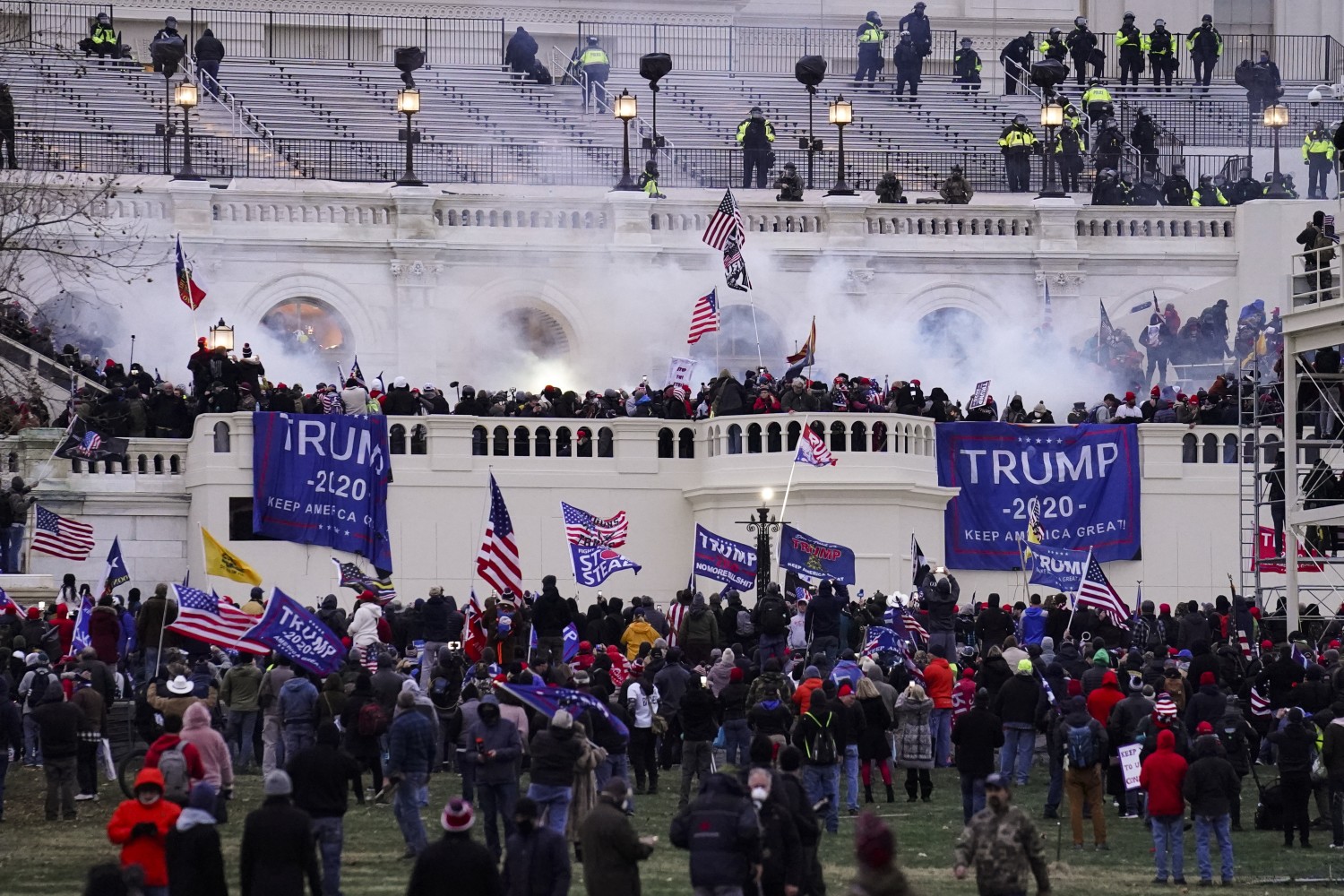 A California man who allegedly smashed a window at the U.S. Capitol as supporters of President Trump stormed the building last week was arrested by FBI agents Wednesday night at his family’s home in Glendora, authorities said.

Hunter A. Ehmke, 20, was part of a crowd that burst through police barricades outside the building on Jan. 6 as a joint session of Congress was certifying the results of the presidential election, according to the U.S. Capitol Police.

An officer in riot gear who was trying to hold back the crowd spotted Ehmke summoning others toward a window of the Capitol and shouted to other officers, “They’re going to break the window,” a Capitol Police investigator wrote in a complaint filed in U.S. District Court in Washington.

An officer hollered, “Get away from the window,” but Ehmke then smashed his fist into it, police alleged. The officer knocked him over with his shield, and Ehmke fell to the ground, which was covered with shards of glass, the complaint says.

Ehmke handed over his driver’s license and was handcuffed, but the line of about 10 police officers in the area was quickly overwhelmed by an aggressive crowd “pointing fingers and shouting obscenities.”

Someone in the crowd told the officer detaining Ehmke, “You’re not leaving with him,” according to court filings.

“Due to the growing aggression of the large crowd that far outnumbered the officers and the exigent circumstances at the time, officers made the decision to allow Ehmke to depart under his own power,” the complaint says.

After taking photos of Ehmke and the damaged window, officers released him and told him they would seek a warrant for his arrest. They kept his driver’s license.

Ehmke was charged with damaging or destroying government property, obstruction of an official proceeding and violent entry and disorderly conduct on Capitol grounds. Ehmke’s lawyer could not be immediately reached for comment.

Ehmke is scheduled to appear before a magistrate judge in Los Angeles on Thursday afternoon.

A woman who answered the phone Thursday at the Ehmke family home in Glendora said she was not doing too well and declined to comment. “We’re in the thick of things,” she said.