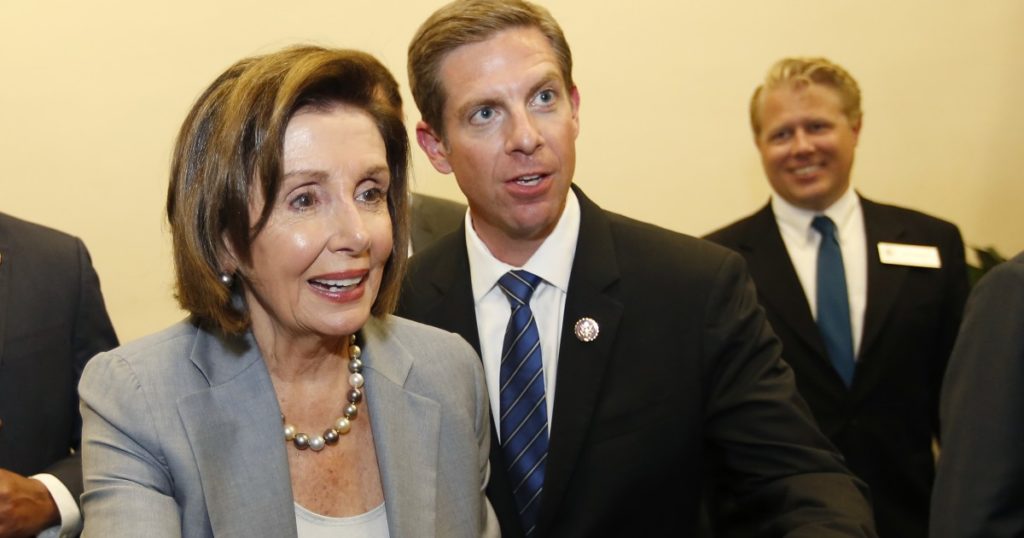 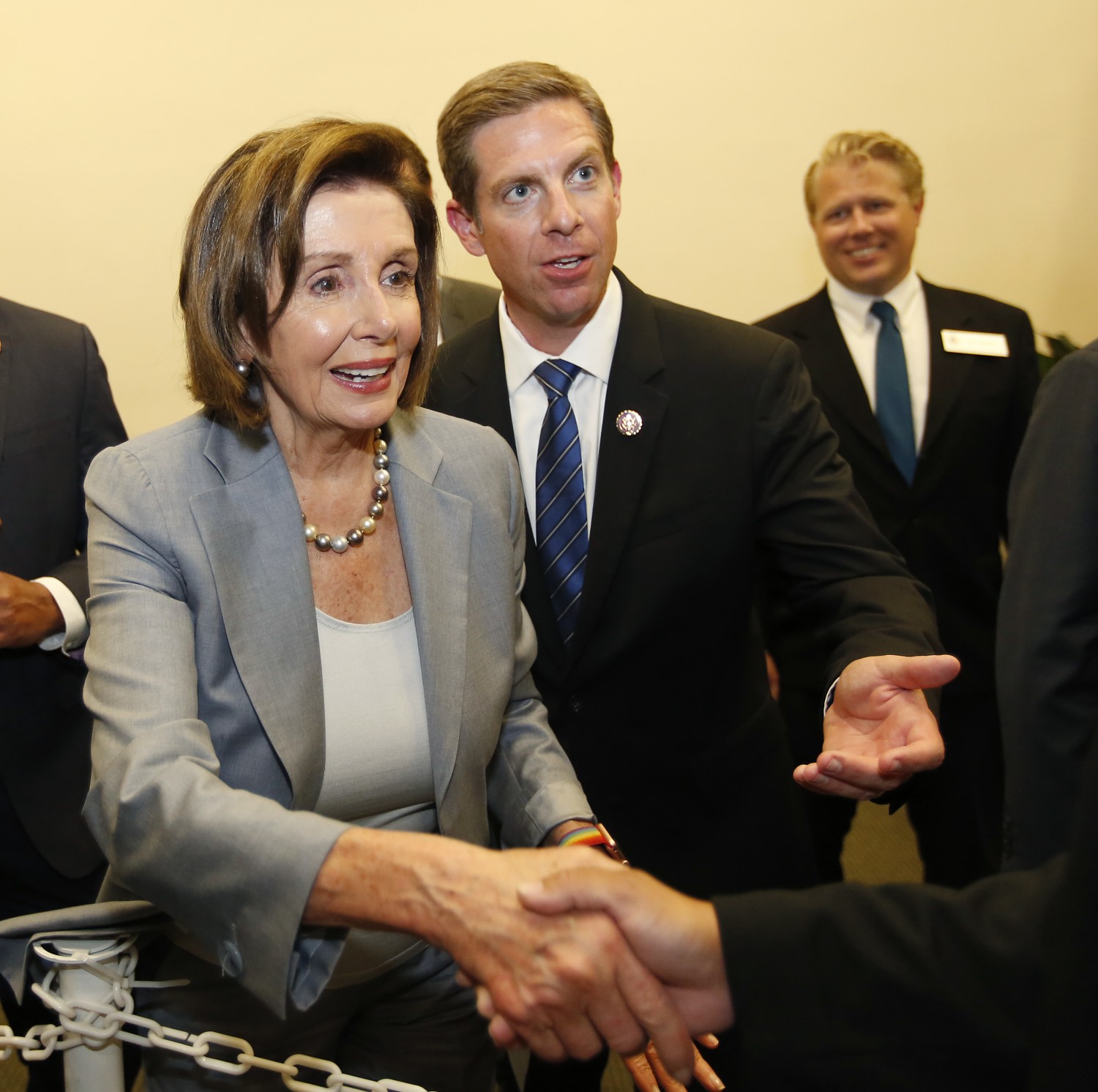 Conscious of how it could affect Speaker Nancy Pelosi’s stance in negotiations, California Democrats aren’t drawing the same red line as their East Coast colleagues who are demanding that President Biden’s infrastructure package include a full repeal of the $10,000 cap set during the Trump administration on state and local tax deductions.

California, where taxpayers face higher property, local and state taxes than most other states, was among those hit the hardest by the cap that Republicans put in place in 2017. The state is also represented by the largest congressional delegation in the country, leading some to question why it isn’t throwing its weight behind demands to repeal the cap.

In interviews, multiple California Democrats acknowledged how not being able to deduct the full amount of state and local tax, also known as SALT, has impacted middle and upper class residents in their districts, saying that they want to see the cap repealed. But they said it’s too soon to draw a line in the sand on a specific policy when the legislation hasn’t even been written. It’s not even clear yet whether the tax and infrastructure portions will be one bill or two.

Democratic Rep. Anna Eshoo, whose Menlo Park-area district was the top beneficiary of the deduction before it was capped, said removing it remains a priority, but she doesn’t see drawing a red line as the best strategy.

“It’s not my style. There is a solid case that can be made. It can stand on its own,” Eshoo said.

For weeks there have been rumblings that the cap could be a sticking point in negotiations over how to pay for Biden’s ambitious infrastructure package that Democratic House and Senate leaders aim to pass this summer. A handful of Democrats in New York and New Jersey, two of the other hard hit states, first said they wouldn’t support any bill without it.

On Tuesday, East Coast Democrats raised the stakes even further when 17 of the 19 Democrats in New York’s congressional delegation informed Pelosi that they would not support tax hikes to fund Biden’s proposed infrastructure package unless the SALT cap is lifted.

“It’s I guess a different tactical approach. I think all of us want to see this happen. We’re no less committed to it, but not everyone agrees that ultimatums and things like that are the right way to get there,” said Rep. Jared Huffman (D-San Rafael). “I just think it’s not constructive to start laying down those kind of absolute red lines.”

Pelosi (D-San Francisco) and Senate Majority Leader Charles E. Schumer (D-N.Y.) have both said they want to find a way to lift the cap in the bill.

“Hopefully we can get it into the bill,” Pelosi told reporters recently, calling the cap “devastating” and “mean-spirited.”

The White House has said it is open to the idea of removing the cap, but it is up to Congress to figure out how to pay for it. Removing the cap would reduce federal revenue by nearly $80 billion a year when Biden is already proposing massive tax changes in an attempt to finance a large scale infrastructure package to help the nation recover from the economic fallout of COVID-19.

While several of California’s Democrats say they want to see the cap raised, so far none have joined East Coast colleagues in outright refusing to vote for a tax bill that doesn’t lift it.

Rep. Ro Khanna (D-Fremont) said he’s confident that House leaders will find a way to include removing the cap in the final bill.

“We have a secret weapon. We have Nancy Pelosi. We don’t have to draw the lines in the sand. We can have conversations with her,” Khanna said. “She knows it is an issue, she believes it is an issue, and we have trust in her judgment that she’s gonna push for this as hard as she can. There’s a level of trust in her that allows us to say, you know, we trust her judgment.”

Forty one California Democrats have signed a letter written by Democratic Reps. Mike Levin of San Juan Capistrano and Katie Porter of Irvine that urges Biden to include a repeal of the SALT cap in his infrastructure bill, but does not say they will oppose the overall package without it.

“The removal of this arbitrary cap is necessary and prudent as we seek remedies to help the American people during this time of recovery,” the letter states.

The letter has softer language than the New York delegation’s demand because the infrastructure package that Biden is proposing is too important to hinge on whether it includes a single policy, Levin said.

“I don’t think drawing a line on any one issue, including this issue, is something that I want to do,” Levin said.

“The goal here is to highlight for the president and for the American people why this is an important repeal of the Trump tax changes,” Porter said.

Before the 2017 Tax Cuts and Jobs Act was signed, Americans had been able to deduct an unlimited amount of state and local property, income and sales taxes from their federal returns since 1913. For people in states with higher tax rates, it meant being able to deduct tens of thousands of dollars from their federal taxes. The average deduction in California was more than $18,000. In some districts it was double or triple that amount.

Calling it an unfair benefit for wealthy people, Republicans capped the deduction at $10,000. Unless Congress acts to make it permanent, the cap expires in 2025. Critics decried it as a direct assault on taxpayers in higher tax, coastal states that are led by Democrats.

Though wealthy people do see the bulk of the benefit, in California, where the prices of homes and cost of living is higher, the cap has been broadly felt.

“The important thing, I think, to understand is the reality of California. If you live in one of the coastal cities and make an upper middle class salary and own a home… those people are all affected by the cap,” said Darien Shanske, a professor in the UC Davis School of Law.

Democrats repeatedly attempted to eliminate the cap once they gained control of the House chamber in 2018, but the efforts were unsuccessful with a Republican controlled Senate and White House. But now Democrats control the Senate and the White House, and the infrastructure bill is one of the few major pieces of legislation expected to pass this Congress.

The infrastructure and tax bill is expected to be considered using a method called reconciliation, which requires approval from a simple majority and cannot be filibustered. That is a threshold that Democrats and the independents who tend to vote with them can reach without Republican support.

California state lawmakers are already weighing a work-around if Congress doesn’t lift or eliminate the cap that would allow certain businesses to deduct state and local taxes on behalf of the owner.

Connecticut and Maryland have already approved similar workarounds without objections from the IRS. But Shanske said that only helps a sliver of those who would benefit from Congress raising or eliminating the cap altogether.

“Property in the Inland Empire is a little different than property in Oceanside, and Newport. So I understand my colleagues’ feelings about it — who represent those higher cost coastal communities — their constituents might be a little more affected,” Aguilar said.

Other California representatives said they don’t want to lock themselves into a position without seeing the whole bill. Some said they might support raising the cap so more middle class Californians could qualify, but the wealthiest taxpayers would not. Others said the final infrastructure proposals might be enticing enough to draw their support without state and local taxes being addressed at all.

“It’s a priority, but I want to see the full package before I make a decision on whether I’m going to vote yes or no,” Rep. Nanette Barragán (D-San Pedro) said.

Rep. Julia Brownley (D-Westlake Village) said she hears frequently from constituents who want the cap removed, some of whom counted on the property tax deduction when they purchased a home, but she also sees removing the cap as one part of a bigger picture.

“There’s so much up in the air,” Brownley said. “I just think we have to keep an open mind.”