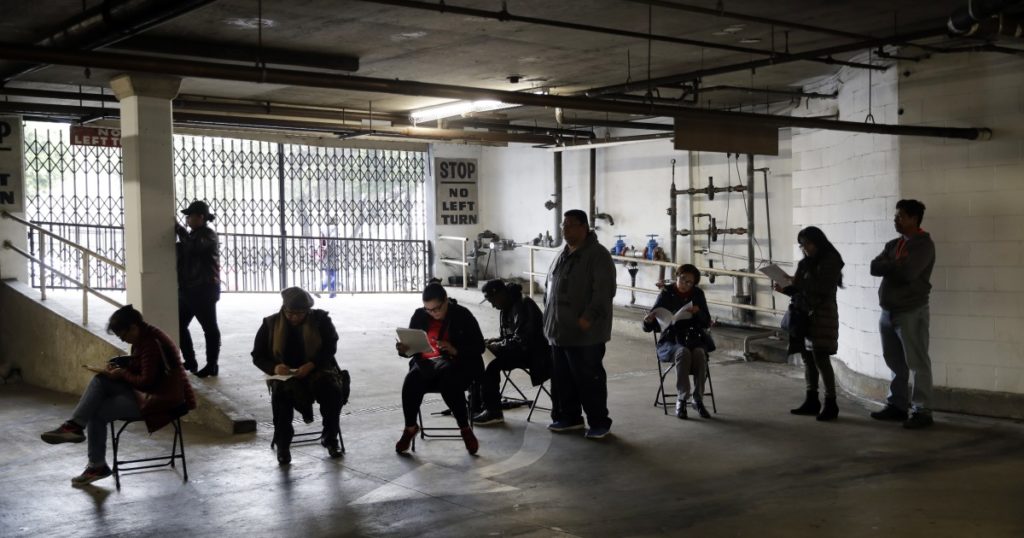 Alarmed by more than a year of dysfunction and fraud in California’s unemployment benefits system, state lawmakers have sent the governor a raft of bills aimed at fixing the agency that stumbled in helping those left jobless by the COVID-19 pandemic.

Legislation approved by lawmakers on Thursday would require the state Employment Development Department to enact far-reaching changes recommended by a pair of state audits that found the agency was unprepared for the joblessness caused when many of the state’s businesses were shut down during the health crisis.

Lawmakers also sent the governor bills that would require the EDD to explain ahead of time why claims for benefits are denied, bar the agency from sending Social Security numbers in the mail and deter fraud by cross-checking unemployment claims against information on state prison inmates.

“The EDD’s inability to promptly and efficiently respond to the increased amount of claimants is an issue that has spanned the administration of three governors of both parties,” said Sen. John Laird (D-Santa Cruz). “But it is up to us now to make sure these problems are corrected.”

The COVID-19 pandemic put millions of Californians out of work as state health orders forced many businesses to close or reduce operations.

The EDD has been overwhelmed with an unprecedented 24.4 million claims for unemployment benefits since the pandemic began and has paid $171 billion in claims.

However, outdated technology, jammed phone lines and poor planning have meant hundreds of thousands of unemployed Californians have seen their payments delayed, sometimes by months, while state officials say at least $11 billion was paid on fraudulent claims, including many filed in the names of state prison inmates.

In January, two state audits found poor planning and ineffective management caused significant delays in benefits and lax safeguards against fraud. Most of the auditor’s recommendations for overhauling the EDD have not been fully implemented.

On Thursday, the Legislature approved Assembly Bill 56, which requires the EDD to implement audit recommendations, including to develop a plan to expedite delayed claims and to upgrade technology to eliminate holdups.

The measure by Assemblyman Rudy Salas (D-Bakersfield) would also require the state agency to assess problems that are preventing claimants from getting quick help from the EDD, help residents who are victims of identity theft and create a new unit to coordinate anti-fraud efforts.

Gov. Gavin Newsom has not said publicly whether he will sign the bill, but administration officials have said the EDD has begun implementing recommendations of the state audits.

The governor is also receivinga bill by Laird, Senate Bill 390, that requires the EDD to establish and routinely revise a “recession plan” to make sure it can respond to similar surges in unemployment in the future, including a strategy for upgrading its technology.

“The pandemic overwhelmed an agency that was underprepared for any economic downturn, let alone the one we have seen over the past year,” said Assemblyman Chad Mayes (I–Rancho Mirage).

Mayes noted that many people who lost work during the pandemic were frustrated that they did not know why their claims were disqualified or believed the actions were based on bad information.

The Assembly on Thursday voted to send the governor a bill by Mayes, AB 397, that would require the EDD, before disqualifying a claimant, to provide the person with notice of the proposed decision and its rationale.

In addition, the measure would give claimants the opportunity to correct false statements noted in the proposed determination prior to a final notice of disqualification.

Senate Republican leader Scott Wilk of Santa Clarita said legislative offices received calls from hundreds of unemployed people who were locked out of benefits for up to 23 weeks because they unintentionally submitted inaccurate information on claims.

“This is obviously an unacceptable outcome when so many Californians are relying on these important economic lifeline benefits,” Wilk said.

Another bill on the way to the governor would tackle fraud that has involved the EDD’s approval of tens of thousands of claims filed in the names of prison inmates, including some on death row.

AB 110 would require the state Department of Corrections and Rehabilitation to provide the EDD with the names and Social Security numbers of inmates so they can be cross-checked against claims filed for unemployment benefits.

Until the prison fraud was detected last summer, the state prison agency told EDD it could not legally share personal information of inmates because of privacy laws.

However, federal prosecutors obtained a temporary court order allowing such information to be shared.

EDD estimated that it paid roughly $810 million in benefits between January and November 2020 to 45,000 claimants with information that matched incarcerated individuals, according to Assemblywoman Cottie Petrie-Norris (D-Laguna Beach), author of AB 110.

Her legislation requires the prison agency to share information and requires the EDD to create an automated system to receive and cross-check inmate data.

California is late to adopt the safeguard. Thirty-five other states were cross-checking prison inmate information against unemployment claims before the pandemic.

“The government must do a better job as custodian of our hard-earned taxpayer dollars,” Petrie-Norris said. “AB 110 will enable EDD to implement basic business processes so that unemployment funds go to those who desperately need them, not to fraudsters trying to make an extra buck.”

The Legislature has also sent to the governor a measure by Assemblyman Kelly Seyarto (R-Murrieta) that addresses another cause of fraud.

AB 12 requires the EDD and other state agencies to stop sending Social Security numbers to claimants and others in the mail, which makes them susceptible to being stolen by criminals engaging in identity theft.

If the measure is signed by the governor, state agencies would have to stop the practice as soon as possible, but not later than Jan. 1, 2023.

Seyarto cited a third state audit in November that found that the EDD sent out more than 38 million pieces of mail containing Social Security numbers since the COVID-19 pandemic began.

He said the state should stop the practice that is “endangering the identities of millions of Californians.”