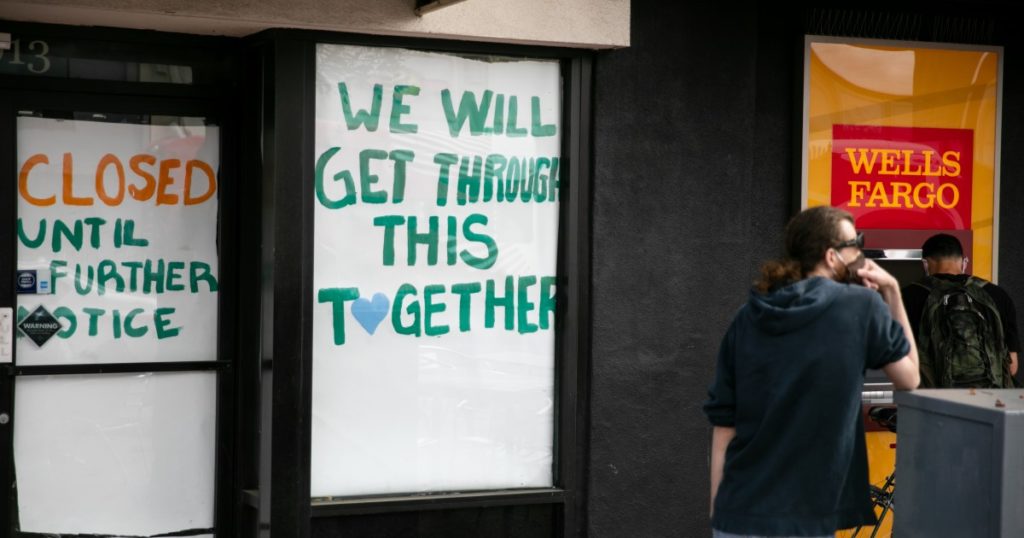 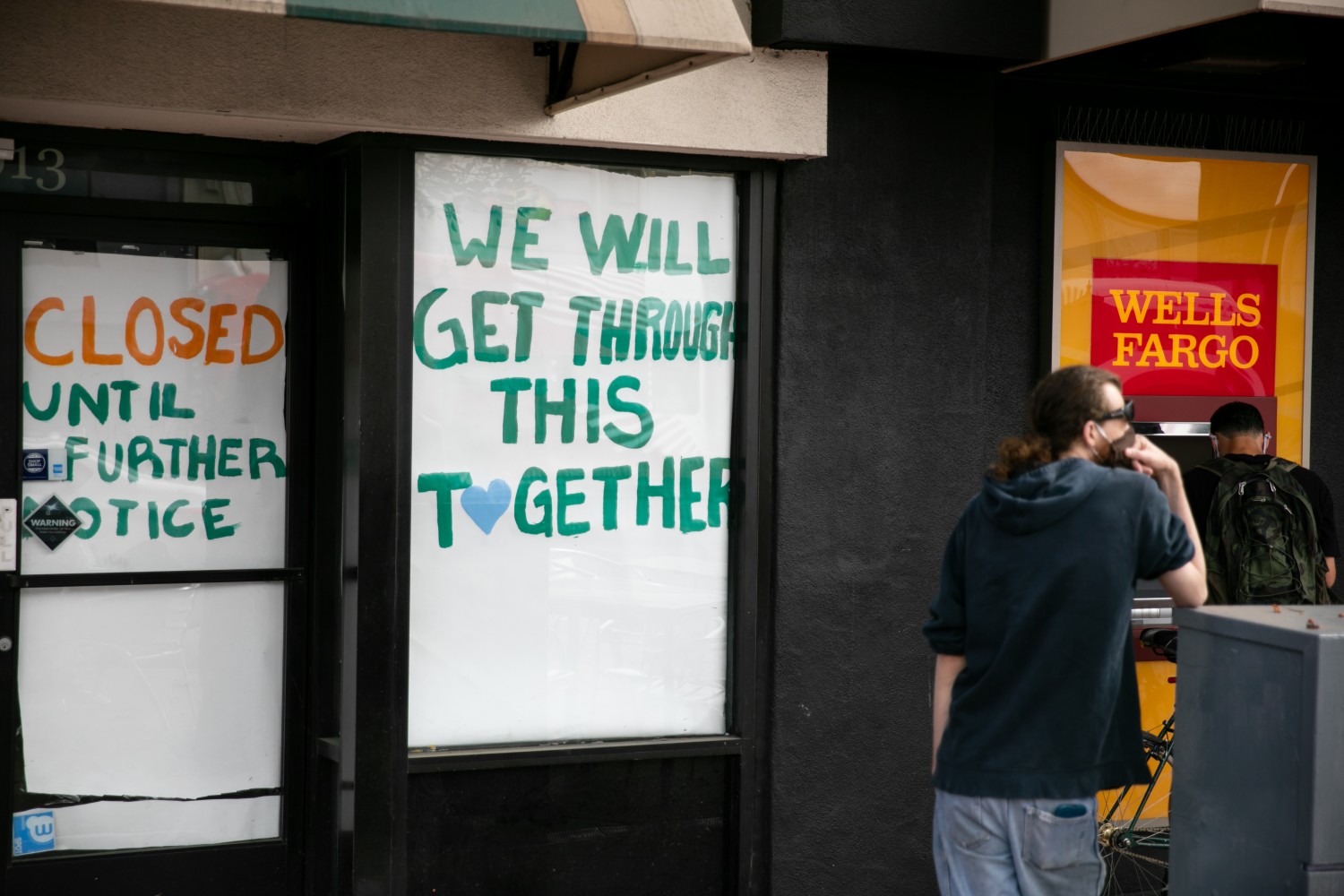 California legislators on Thursday pushed ahead with reforms targeting the state’s troubled unemployment agency as lawmakers condemned it for yet another significant error that has interrupted benefit payments to thousands of jobless residents.

Agency officials apologized for a new computer glitch that has prevented many people from filing new claims online, but lawmakers note it is just the latest in a string of technological problems that have plagued the state Employment Development Department since the pandemic began more than a year ago.

A package of bills to help overhaul EDD’s operations approved Thursday by a key legislative committee would allow direct deposit of unemployment benefits, provide written instructions in more languages on how to get benefits, and require the agency to better explain to claimants why they have been disqualified from receiving financial assistance

Meanwhile, federal regulators have begun looking at how Bank of America, which contracts with the EDD to issue debit cards to deliver benefits, has handled a flood of fraudulent unemployment claims with actions that included freezing accounts, affecting some people who are legitimately in need of financial aid.

“Californians relying on unemployment benefits during the pandemic have been let down time and time again,” said Assemblyman Phil Ting (D-San Francisco), chairman of the Assembly Budget Committee. “Whether they’re trying to resolve fraudulent charges, access their money or simply want to talk to a real person on the phone, significant delays in solving problems have caused needless suffering.”

The EDD continues to struggle with an unprecedented number of claims amid the COVID-19 pandemic. The agency has processed 21 million claims since March 2020 and paid $134 billion in benefits, and is currently taking steps to ensure claimants receive a $300 weekly supplemental payment recently approved by Congress.

“Our goal is to make this as seamless a transition as we can so there is little interruption,” EDD spokeswoman Loree Levy said.

Many people have reached the end of their first benefit year and must file new claims to continue getting assistance. But the process has been filled with obstacles for scores of claimants: EDD officials told the Legislature this week that 178,000 people faced a system glitch that prevented them from immediately filing new claims.

“The issue arose when customers were not able to select the ‘File New Claim’ button within their UI online account,” Levy said.

EDD officials publicly apologized and said they hope to resolve the problem as early as Friday, but state Senate Minority Leader Scott Wilk (R-Santa Clarita) said the interruption of benefits is just “the latest EDD debacle.”

“One hundred seventy-eight thousand other Californians just joined the fastest growing club in the state — unemployed Californians screwed by the EDD,” Wilk said.

Once the technical problem is fixed, many people will still be weeks away from getting benefits. While they will be able to file new claims, they still must go through an approval process, including identity verification that can take three weeks or more to complete.

The glitch identified this week is in addition to other longstanding issues that unemployed people are continuing to report, including overwhelmed and clogged phone lines at the agency call center.

Charles Shepler, a Los Angeles resident who lost work as a store clerk, said he has not been paid benefits since November after the EDD flagged his account for having an out-of-state driver’s license. He said he has uploaded current identification documents five times, but the EDD has not resumed paying his benefits.

“I called over 110 times,” he said. “I’ve spoken to so many different representatives. None of them have given me the same answer twice.”

Shepler said the delay in benefits has left him resorting to sleeping in a trailer behind a church.

“They have caused me a lot of hardship because of this,” he said. “It is absolutely horrible what they’ve done to myself and other people.”

Tracey Schneider was laid off on March 19 from her job at a Walnut Creek insurance company and said she has been unable to get benefits. Her file is still marked “pending,” though she said she has gone through the certification process every two weeks.

“I just need to know, did I do it correctly? Is it going through? Is it denied?” she said. “The not knowing part is just killing me.”

Many unemployed people do not have the necessary technology to verify their identity online through the ID.me system that is required before new claims can be approved, said Daniela Urban, executive director of the Center for Workers’ Rights, an advocacy group

“We are seeing many claimants who are facing difficulties in reapplying for benefits at the end of their benefits year,” she said.

When the state began using ID.me last fall, officials projected it would result in 91% of claims being automatically verified online, speeding up the process. However, EDD officials said that in January the agency reinstated the use of determination interviews to seek to resolve eligibility issues that might disqualify people from getting unemployment benefits.

“With that manual workload demand up over the last couple of months, we’ve been averaging around 60% automated claim processing,” Levy said, adding that the agency is continuing to “look for ways to add resources and automation to reduce manual workload.”

This week, Senate Democrats released a state budget proposal calling for an unspecified amount of money for making “systems modernization and program improvements” at the EDD.

On Thursday, the Assembly Insurance Committee voted unanimously with bipartisan support to approve a trio of reform bills, including a bill by Assemblywoman Lorena Gonzalez (D-San Diego) that would allow jobless people to have their benefits directly deposited in their bank accounts instead of using the current system in which the EDD, through Bank of America, issues debit cards through the mail.

Gonzalez noted there have been widespread reports of debit cards being stolen, hacked or issued to fraudulent claims without the knowledge of the person whose name is on the cards.

“After too many Californians have already waited months for their unemployment benefits to be approved, widespread problems with debit cards have prevented countless families from putting food on the table or paying the bills,” Gonzalez said.

EDD officials have estimated that at least $11 billion has been paid out on fraudulent claims, and the state auditor said that includes $800 million paid improperly in the names of prison and jail inmates.

In response to a barrage of fraudulent activity, Bank of America froze hundreds of thousands of EDD debit cards, but some legitimately unemployed people say they have had their benefits frozen as well. The bank is facing federal lawsuits in San Francisco and San Diego alleging that it failed to protect EDD benefits from fraud.

State officials say they have also been notified that the federal Consumer Financial Protection Bureau and the Office of the Comptroller of the Currency are reviewing how the claims were handled by the bank.

Federal officials declined to comment. Bill Halldin, spokesman for Bank of America, said the bank is working to counter widespread fraud and noting that “as a matter of policy, we don’t comment on the existence of regulatory inquiries.”

“However, as California’s unemployment program faces billions of dollars in fraud, Bank of America is working every day with the state to prevent criminals from getting money and ensuring legitimate recipients receive their benefits,” he added.

“Californians experienced account freezes leaving them without their benefits,” she said. “At the end of the day, an investigation will provide more transparency and accountability and, I hope, some longstanding solutions to protect taxpayer dollars.”