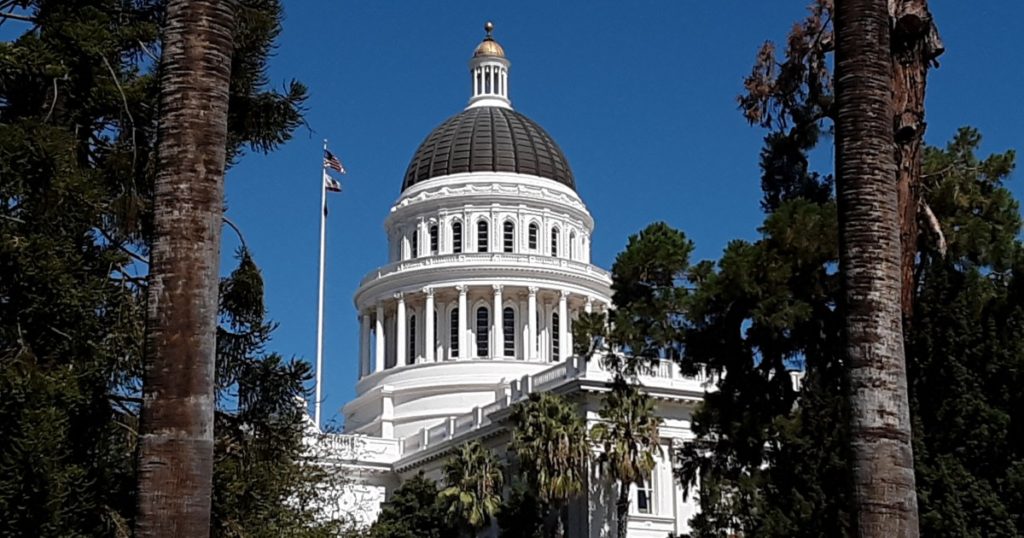 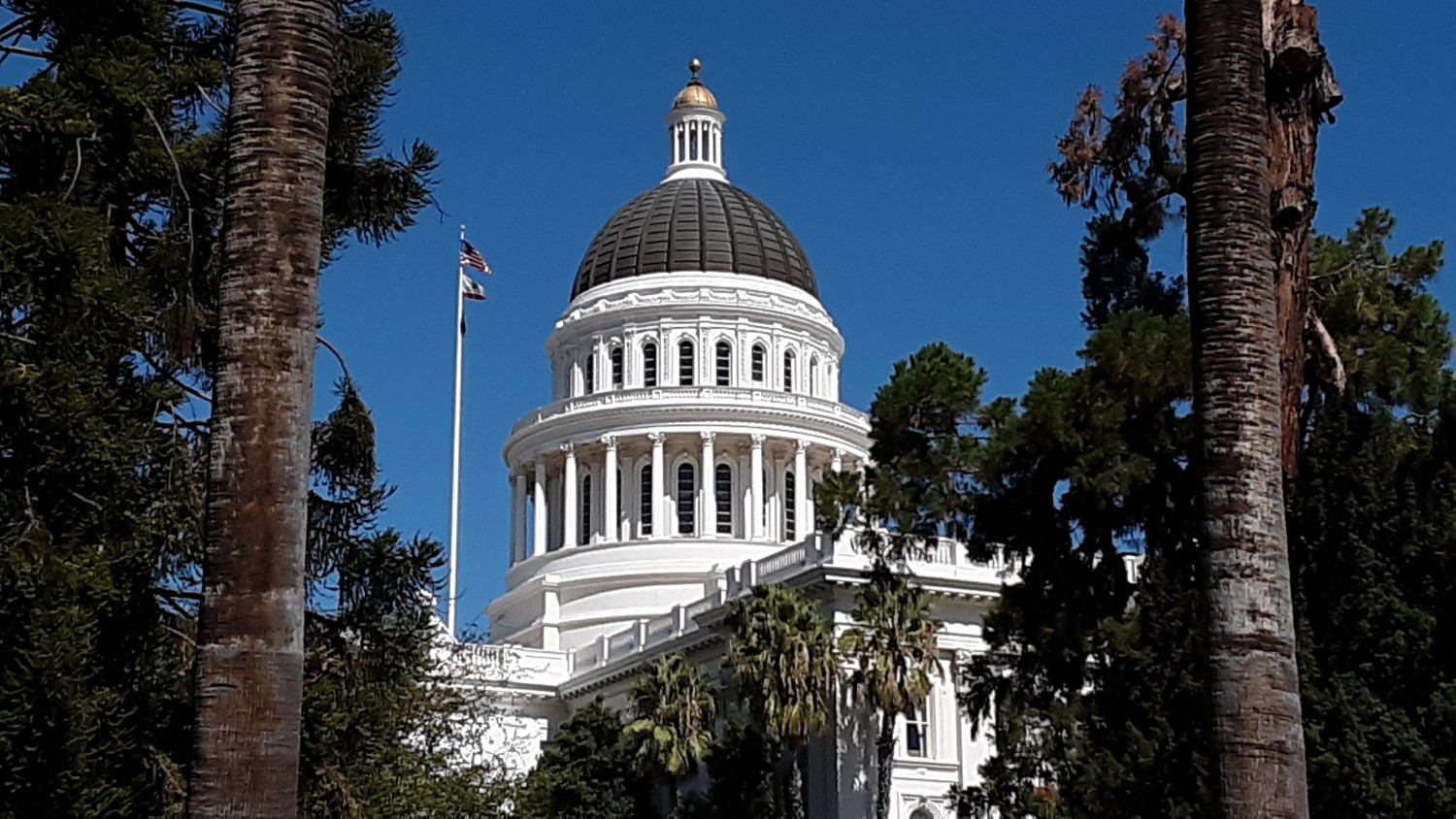 The new two-year session of the California Legislature began Monday as legislators took the oath of office under some of the most unusual circumstances in state history, quickly compiling an urgent to-do list in addressing the impact of the COVID-19 pandemic on healthcare, schools and the economy.

Though the agenda for convening newly elected and returning lawmakers was familiar, the setting was not.

The 80 members of the state Assembly held their organizing session seven blocks from the state Capitol inside Golden 1 Center, home to the NBA’s Sacramento Kings. The event marked the first time either house has convened outside of the state Capitol since the building’s six-year restoration ended in 1981.

Lawmakers were not allowed to bring family members to celebrate the proceedings of the Assembly or those of the Senate, whose members remained inside the state Capitol. Eight of the upper house’s members participated remotely from their districts, while those who gathered in the Senate chamber wore masks and were separated by plexiglass shields installed over the summer.

Only a few pieces of legislation were formally introduced Monday; most of the work will begin in early January. Even so, the initial legislation offered a glimpse at an agenda to tackle both short-term and systemic problems laid bare by the worsening COVID-19 pandemic and community shutdowns.

No issue may require faster action than the rapidly approaching deadline for Californians who are unable to pay rent due to the state’s economic slowdown. A law enacted in the summer allows renters to pay a portion of what’s owed through the end of January, but it requires full payments after that and allows some evictions for unpaid rent to occur as soon as late winter or early spring.

One early proposal, introduced by Assemblyman David Chiu (D-San Francisco), would extend the eviction protection rules through the end of next year. Read also : Misinformation on voter fraud hurts Georgia Senate race, official says. Other proposals, including assistance for those unable to pay even a portion of their rent, are expected in January, along with efforts to help homeowners who are struggling with mortgages.

“We have got to move a housing package that seeks to address the difficulties that Californians are having, whether they rent or they’re trying to hold onto their mortgage,” Senate President Pro Tem Toni Atkins (D-San Diego) said. “We’ve got work to do, and we need to do it soon.” 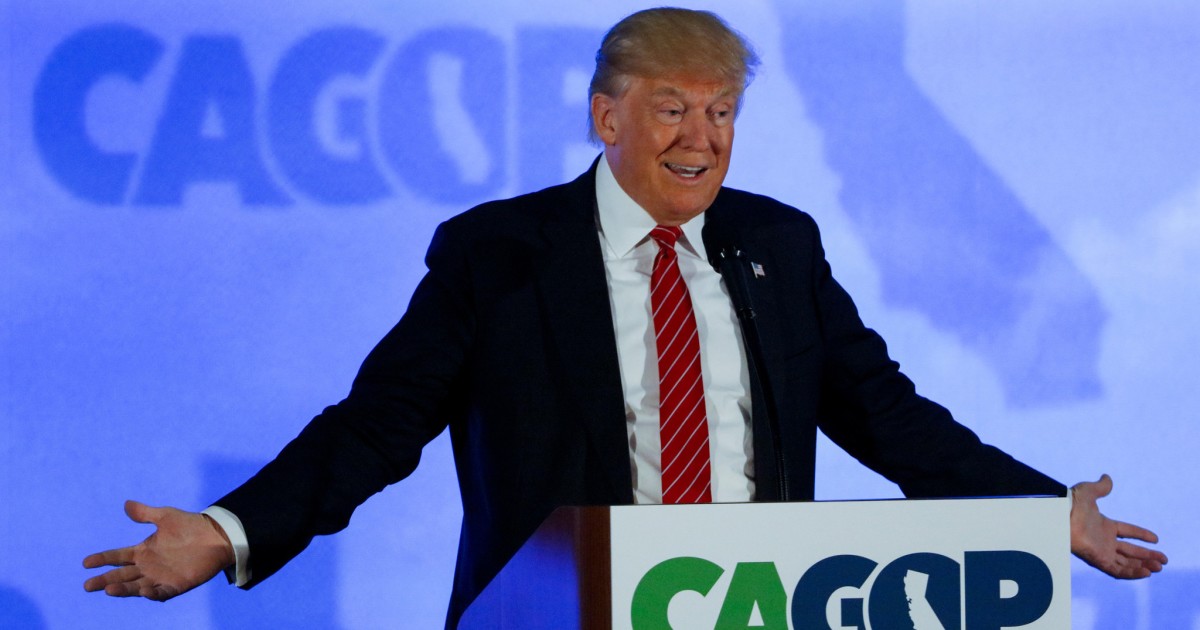 Atkins said Monday she intends to reintroduce her failed legislation from earlier this year that would allow the construction of duplexes on single-family lots — a bill that narrowly missed the final legislative deadline for passage in August. She said a package of other housing legislation is expected in the coming days, much of it a do-over from the prior legislative session, again seeking to make a dent in one of California’s most entrenched problems.

There will also be efforts to revive the prior session’s ideas on funding new programs to address homelessness. In November, a coalition of Democratic mayors and housing advocacy groups urged lawmakers to again consider a plan earmarking in the state budget more than $2 billion a year for the effort. Read also : After relief over Biden win, European allies face the future. Legislation on the topic failed to advance, and advocates point out that the pandemic has exacerbated a crisis that lawmakers pledged to tackle last year. 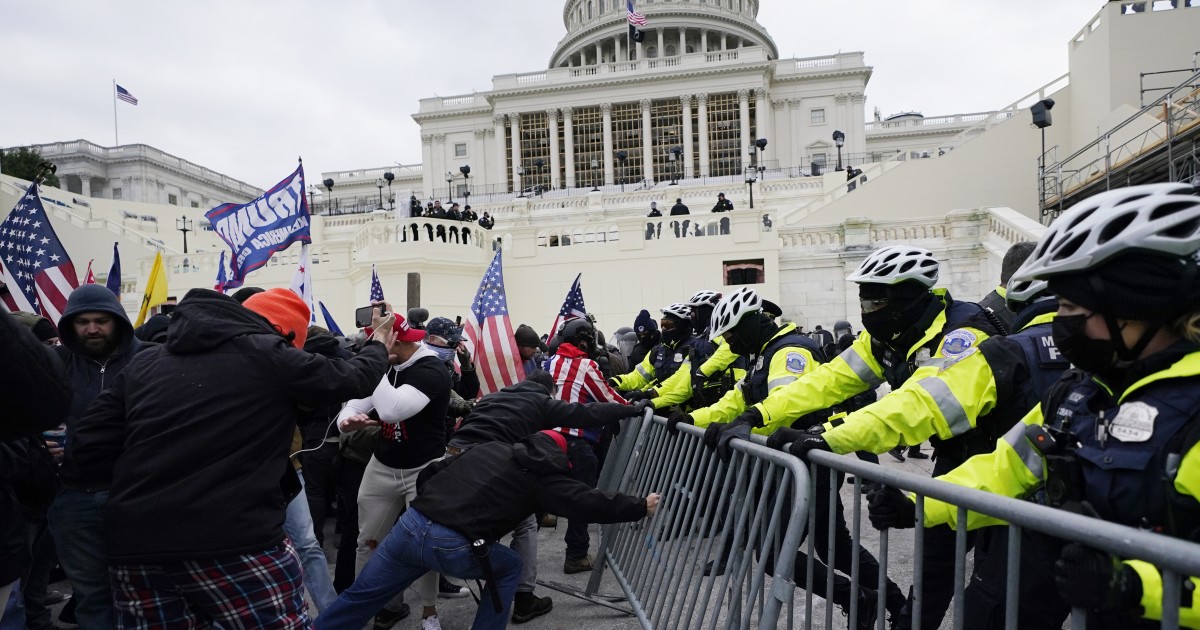 Read also :
National security officials to testify on Capitol riot
The head of the D.C. National Guard is expected to testify before…

With millions of California children facing the prospect of most or all of the school year being conducted remotely, lawmakers will look for ways to standardize the procedures for when to open and how to provide the money to do so safely. On the same subject : Georgia GOP feud could hurt party turnout for Senate runoffs.

Throughout the fall, school leaders took varying approaches toward resuming limited in-person instruction when their counties moved into the less-restrictive public health tiers established by the Newsom administration. As a result, schools in neighboring communities sometimes made conflicting decisions about whether to open.

Ting’s bill would impose a statewide rule for students to begin returning to campus in counties in any but the most restrictive tier.

“Schools in other states and countries have prioritized in-person learning during COVID-19 and have done so without major outbreaks,” Ting said in a statement. “California ought to follow that path.”

The plight of millions of students struggling to access remote learning has prompted several early proposals to significantly expand broadband services, including a $10-billion bond, which would require voter approval in 2022, for far-reaching connectivity projects. Rural communities and low-income neighborhoods in larger cities would both be served by some of the efforts. 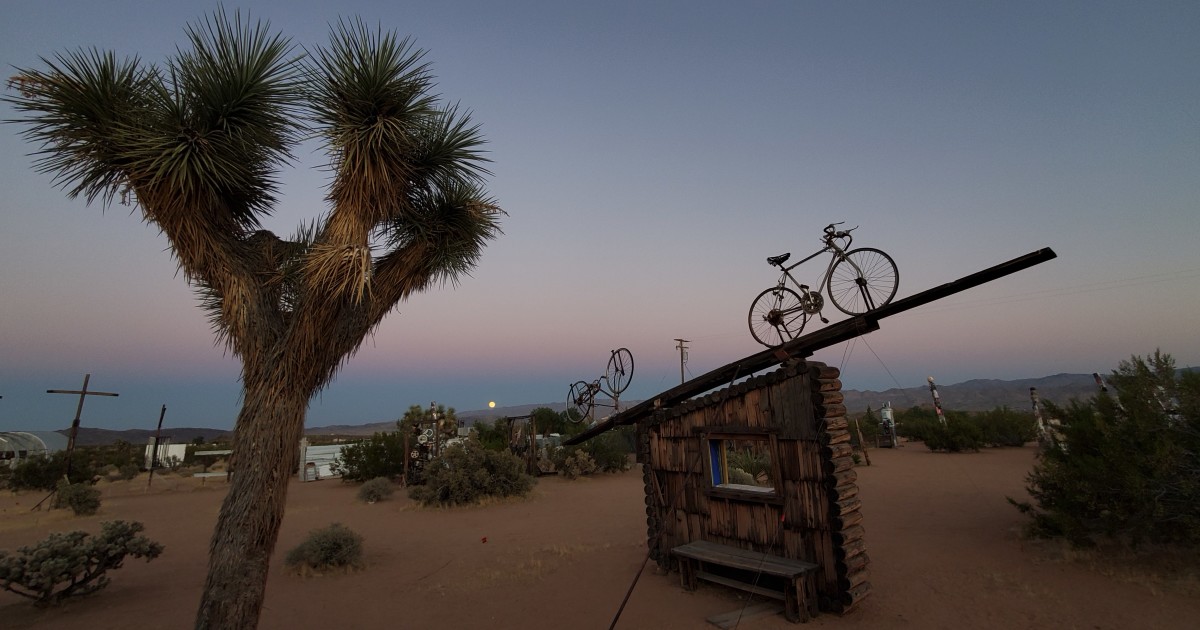 This may interest you :
Black Californians feel at home in the desert despite racism
PALM SPRINGS — La’Ronjanae Curtis has grown used to the disbelief of college classmates…

Lawmakers said Monday they will seek ways to meet California’s array of employment challenges made worse by the pandemic and provide more assistance to those who are unemployed.

Assemblyman Evan Low (D-Campbell) introduced a bill that would allow workers at large companies to take as many as 10 days of unpaid, job-protected bereavement leave when an immediate family member dies — an effort inspired by the current crisis but one that would not be limited to COVID-19 deaths or end with the pandemic. Employees who work for businesses with fewer than 25 employees would be eligible for three days of bereavement leave.

“Even though the majority of employers will do the right thing, we need to protect our most vulnerable workers during this difficult time,” Low said in a statement.

On the employer side, legislation was introduced Monday providing tax credits for small businesses and those deemed essential that would help defray the cost of various COVID-19 regulations.

Several proposals were introduced following major delays and reports of extensive fraud in the unemployment insurance programs operated by the state.

Assembly Republican Leader Marie Waldron of Escondido promised legislation to impose new deadlines on when the state Employment Development Department must make a determination on a filed claim.

In response to news of fraud investigations linked to claims filed in the names of prisoners, legislation from Assemblyman Phillip Chen (R-Diamond Bar) would require cross-checking EDD claims with county and state correctional records.

And multiple pieces of legislation are expected to allow unemployed Californians to have their benefits payments deposited directly into a bank account — avoiding prepaid debit cards, which officials reported Monday may have been responsible for as much as $2 billion in fraudulent activity.

“Widespread problems with debit cards have prevented countless families from putting food on the table or paying the bills,” Assemblywoman Lorena Gonzalez (D-San Diego), the author of a direct-deposit bill, said in a statement. “Making a direct-deposit option available is a simple, common-sense solution to so many challenges we know California residents are facing.”

Several bills seek to expand on recent efforts to change policing tactics, prompted by incidents such as the death of George Floyd in Minneapolis and police procedures during protests.

On Monday, Assemblyman Chris Holden (D-Pasadena) reintroduced a bill to toughen penalties for police officers who do not intervene when witnessing a fellow officer use excessive force — an effort that failed just before legislators adjourned in late summer.

“Given the widespread public outcry for police reforms right now, we have another opportunity for California to lead on this issue,” Holden said in a statement.

Also back for a second try is a proposal to enact new statewide standards for when and how law enforcement officers use projectile weapons or chemical agents during protests. The bill would also ban the use of those items in some situations.

Assemblyman Reggie Jones-Sawyer (D-Los Angeles), who clashed with California’s politically powerful corrections officers union during his reelection campaign, is introducing a bill that would require recruits for such jobs to be either 25 years or older or have a bachelor’s degree. The current minimum standard is age 18 with a high school diploma or passage of an equivalent test. The Democratic lawmaker said older, more mature officers would be less likely to use excessive force or to use their firearms in tense situations.

After a political season marked by widespread concerns over the accuracy of information found online, California lawmakers will consider a proposal requiring social media companies to disclose what — if any — policies they have in place to spot fake content.

The bill by Assemblyman Ed Chau (D-Arcadia) would also require the companies to tell users what programs are used “to reduce the spread of harmful, verifiably inauthentic content.”

Another proposal inspired by the election would change the rules for “slate mailers,” the single-page political circulars that purport to be a set of election recommendations from a group whose values align with those of voters.

In many cases, the mailers are assembled by political consultants who charge candidates and campaigns for space on the document. In the fierce campaign over Proposition 22, the ballot measure creating new workplace rules for drivers at app-based companies, liberal political groups complained that some of the mailers suggested prominent Democrats had endorsed the ballot measure. The bill introduced Monday would require mailers to include information on backers and how much each campaign paid to be cited on the document.

Another election-related bill would make permanent this year’s temporary rule to mail a ballot to every registered California voter. The bill by Assemblyman Marc Berman (D-Menlo Park) would also require that ballot tracking services be used in future elections, ensuring that voters have a way to check on the status of their ballots if problems arise.