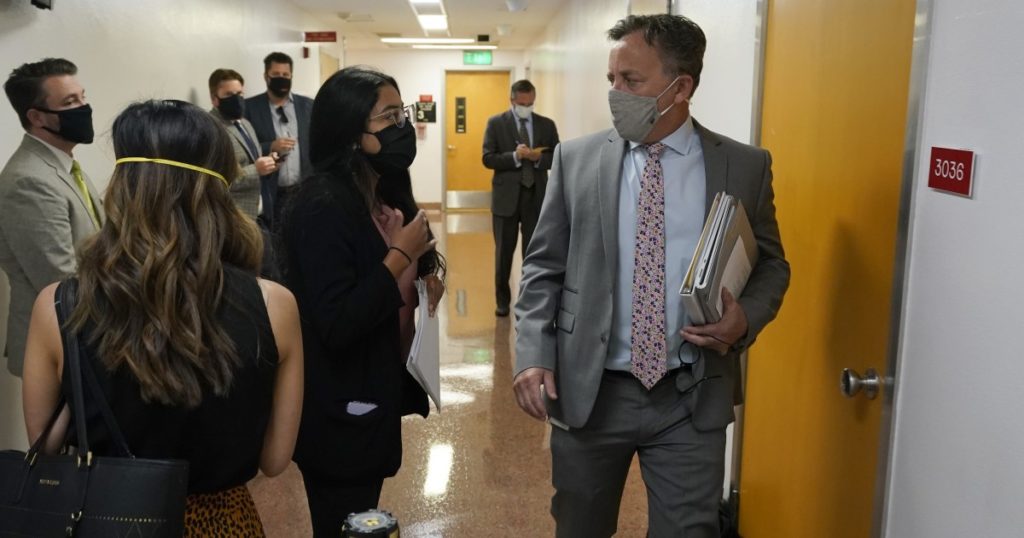 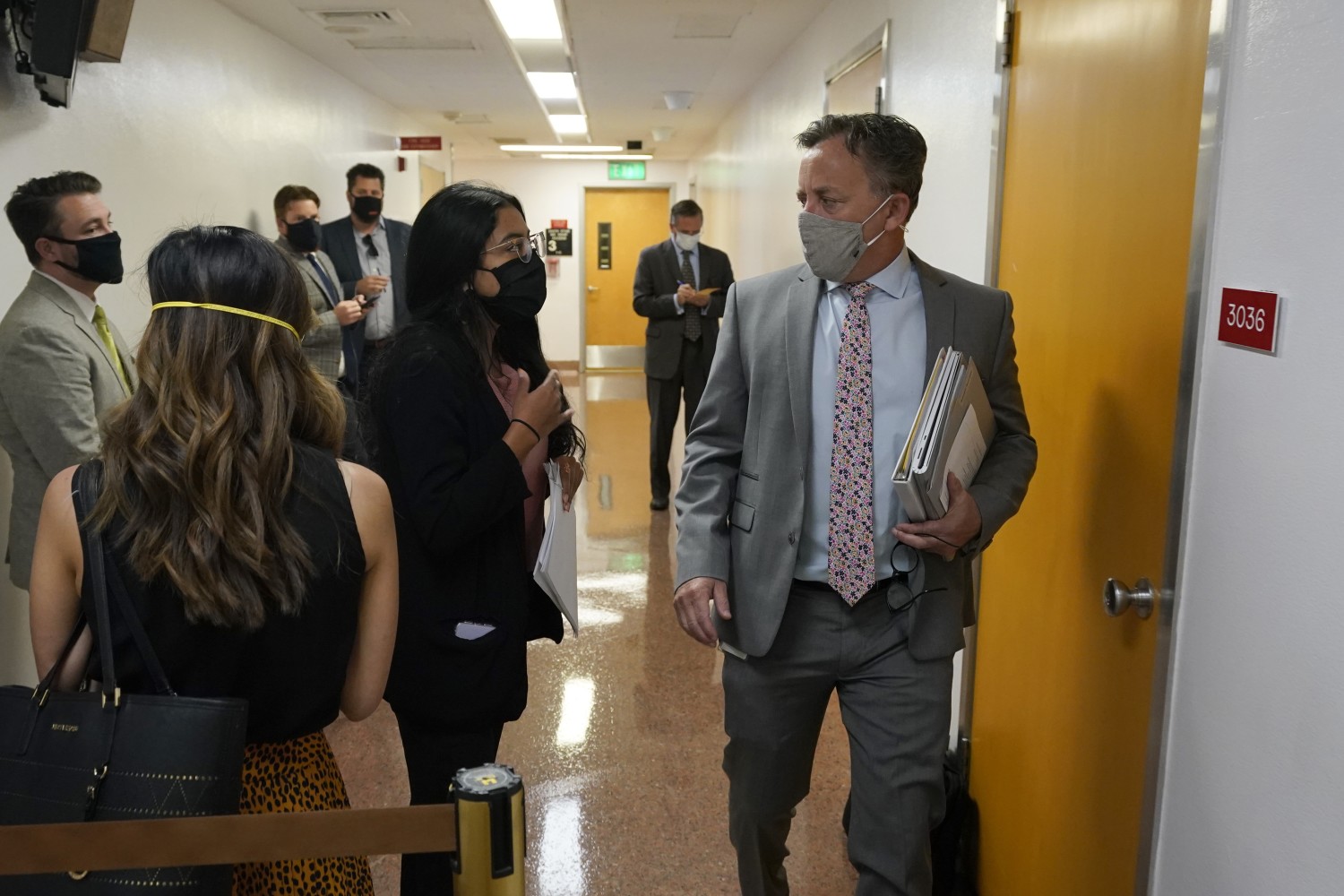 California lawmakers wrapped up their work for the year Friday, a legislative session dominated by criminal justice and workplace rights bills but overshadowed by the lingering challenges of governing during the COVID-19 pandemic and the campaign to remove Gov. Gavin Newsom from office.

Now, hundreds of bills passed by the Democrat-controlled Legislature during the past week are headed to Newsom, who is in a final push to stay in office while facing a Republican-led recall election Tuesday. Legislative leaders said Friday that the recall did not change their agenda, despite questions about whether some politically difficult proposals were sidelined to help their Democratic ally.

“Obviously, it was something looming over our heads,” state Senate President Pro Tem Toni Atkins (D-San Diego) said. “It didn’t stop the work that we were doing.”

Newsom is not expected to sign or veto bills before polls open Tuesday, with few passed in the final days of session eligible to be acted on yet. Legislative staff do a final proofread before sending bills to the governor, who then has until mid-October to sign or veto them. Even if Newsom loses the recall, the final certification of the votes would come several days after his deadline to enact bills.

The Legislature churned through fewer bills this year during the stripped-down session, with each lawmaker capped at a dozen as the pandemic slowed internal operations. Typically, lawmakers are allotted 40 bills in the Senate and 50 in the Assembly over their two-year session.

“We did our job,” Assembly Speaker Anthony Rendon (D-Lakewood) said. “Whether it was oversight or whether it was in proposing and passing legislation, we did our jobs this year. The recall is a political dynamic that is outside of the building.”

The Legislature sent the governor several bills to change the criminal justice system, including a measure allowing the decertification of law enforcement officers who engage in serious misconduct such as excessive force and racial bias.

Both houses passed Senate Bill 357, a measure written by state Sen. Scott Wiener (D-San Francisco) that decriminalizes the act of loitering with the intent to commit prostitution, which the lawmaker said leads to subjective arrests by officers and discriminatory targeting of transgender people and women of color.

After the bill narrowly won passage, Wiener announced that he would delay sending it to the governor until January.

“It provides the Senator and our coalition more time to make the case about why this civil rights bill is good policy that should be signed into law,” Wiener’s office said in a statement, which indicates that the bill may not have Newsom’s support. Wiener declined to comment.

One controversial bill that didn’t get the votes needed was a bail-overhaul measure, Senate Bill 262, which would have required judges considering bail for criminal defendants to decide whether they have the ability to pay it to get out of jail, allowing some out without doing so.

State Sen. Bob Hertzberg (D-Van Nuys) delayed consideration of the bill until next year, saying he was having trouble mustering the two-thirds vote required this week after a recent high-profile murder in Sacramento.

Hertzberg said some lawmakers expressed reservations about supporting about the bill after the Sept. 3 rape and murder of a Sacramento woman in her home, allegedly by a man with a long criminal history who had been released from jail on his own recognizance in June.

The man accused of killing 61-year-old Mary Tibbitts had been arrested previously for auto theft, which Sacramento County considers a zero-bail offense. Hertzberg said he will pursue changes to the bail system next year.

“We will prevail because the presumption of innocence — the bedrock of our system of justice — remains fundamentally incompatible with a bail system that keeps Californians locked up who pose no threat to the public and who have been convicted of no crime, simply because they cannot pay what the bail industry demands,” Hertzberg said in a statement.

If passed, recall supporters would likely have latched onto the bill in their final plea for support over the weekend. Republicans looking to replace Newsom have said he is to blame for the state’s increase in violent crime. Researchers say the surge in homicides is a national trend that is not limited to one politician.

Two politically fraught proposals to strengthen COVID-19 vaccine mandates did not come up for a vote this week after failing to garner enough support ahead of legislative deadlines. The proposals by Assemblyman Evan Low (D-Campbell) and Assemblywoman Buffy Wicks (D-Oakland) never were formally introduced as bills, but still drew a large protest against vaccine mandates on Wednesday.

While some politically volatile issues were sidelined, others were left unfinished. Sharp disagreements between Assembly Democrats and the Newsom administration stymied plans for lawmakers to approve the sale of $4.2 billion in state bonds earmarked for high-speed rail — providing funds the train project needs next year to continue current construction on the beleaguered project.

The bullet train remains a rallying cry for Republicans who have long insisted the effort is an overpriced boondoggle, and lengthy debates during the final week of the legislative session could have provided another campaign talking point for GOP recall contenders.

In the end, negotiations over funding for the train and other transportation projects will resume early next year. Rendon and other Assembly Democratic leaders have insisted some of the funding be used to boost urban rail projects in Southern California.

Another issue that has plagued Newsom during the recall, his spending on wildfire prevention, received a boost this week.

A spending plan aimed at mitigating wildfires, drought and other climate issues was approved Thursday in a end-of-session budget deal between the Legislature and Newsom, which adds $1.5 billion toward preventing fires and $1.3 billion for water infrastructure projects. The investments come after California had a record surplus from tax revenues, which has given Newsom and fellow Democrats in control of the state’s purse strings the ability to tout the economic turnaround, including by giving $1,000 checks to most adults.

“This has been an amazingly productive year for California, and while we enacted record-level investments in the budget earlier this summer — one of the most Legislature-driven budgets in modern history — we’ve spent the weeks since then examining ways to further enhance and address some of our state’s most critical issues,” Atkins said in a statement.

Workplace bills were particularly prevalent this year, with a bill to expose the opaque, algorithm-based quotas used in some warehouses by companies like Amazon clearing both houses and heading to Newsom.

The Legislature approved a bill to raise the amount of paid family leave benefits workers are eligible for when taking time off to care for a seriously ill child, spouse, parent, domestic partner or new child. Under AB 123 by Gonzalez, the state would begin paying up to 90% in wage replacement for eight to 12 weeks of a paid family leave claim after 2025.

Senate Bill 639, by Sen. Maria Elena Durazo (D-Los Angeles), would phase out a program that allows employers to pay less than minimum wage to employees with physical or mental disabilities. Under the bill, no new licenses for the program would be allowed after Jan. 1, 2022.

As with hundreds of other bills, the decision now rests with Newsom.