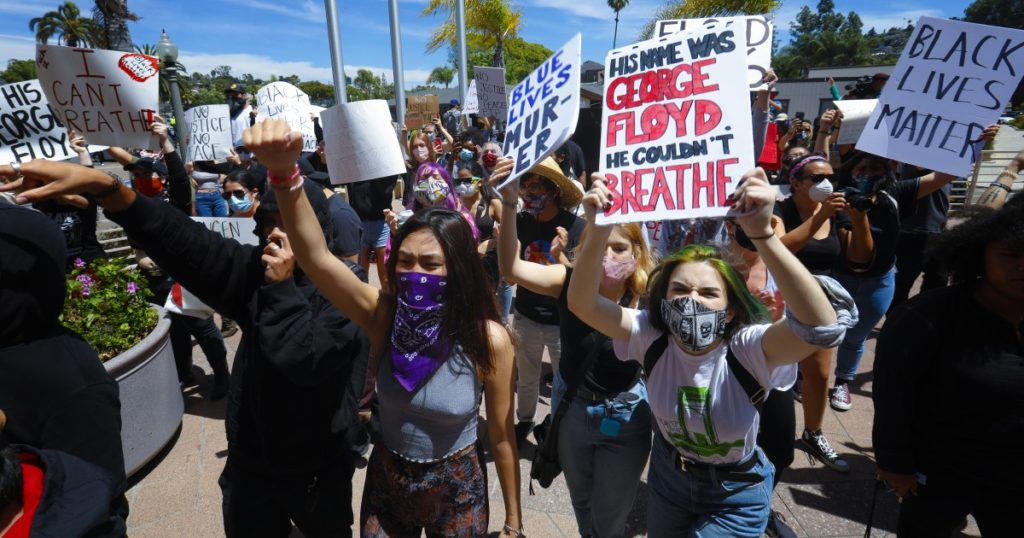 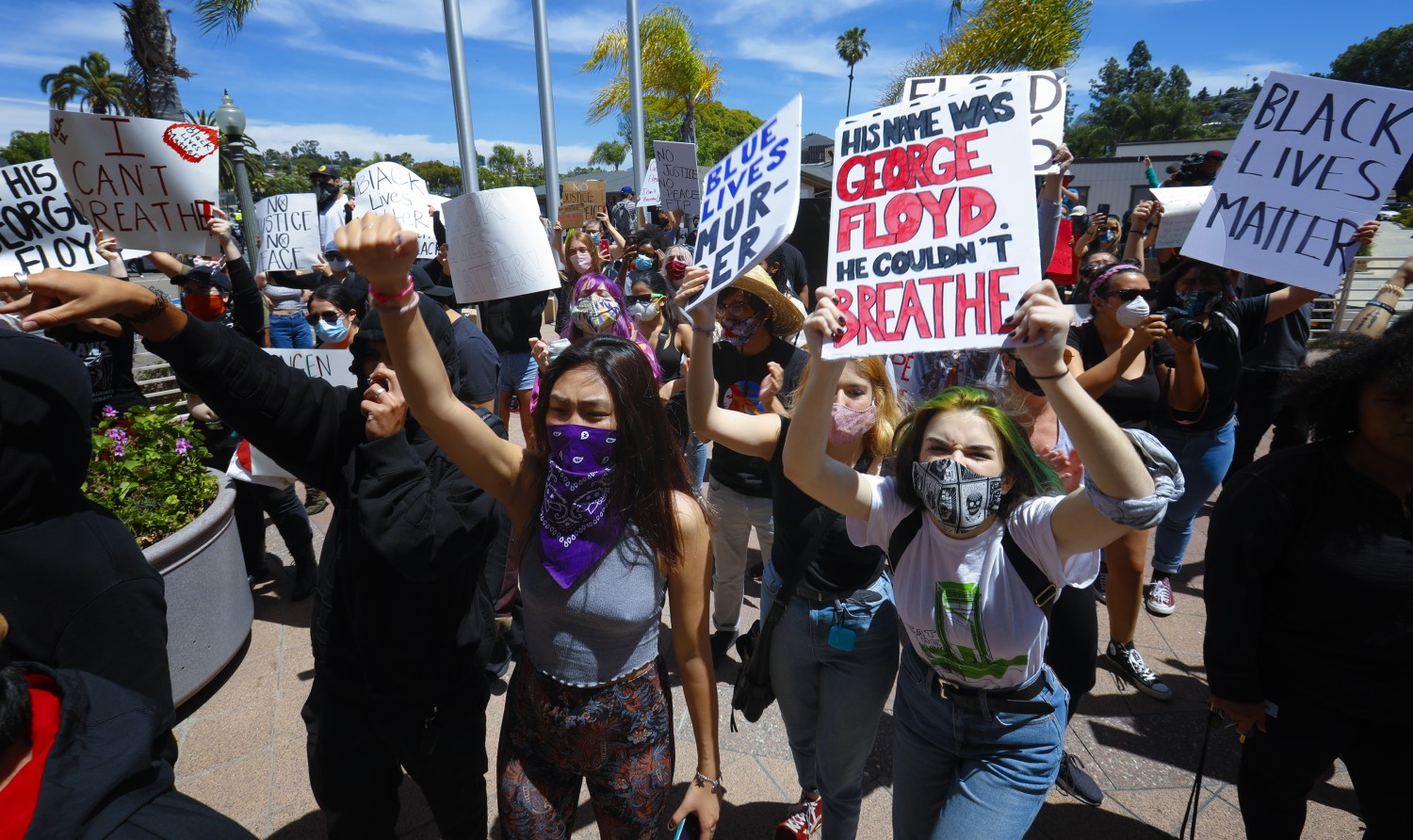 California law enforcement officers could be stripped of their license to carry a badge if they engage in serious misconduct, including excessive force, racial bias and dishonesty, under legislation approved Friday by the state Assembly after an emotional debate.

The new measure was approved by the Assembly on a largely party-line vote of 46-18 and next goes back to the Senate, which had passed the bill before it was amended. It was opposed by dozens of law enforcement groups as well as Republican lawmakers who said it is overbroad and creates a system biased against police officers.

The measure is one of a series of bills that were introduced after the killing of George Floyd last year by a Minneapolis police officer that sparked demonstrations throughout the country calling for stricter accountability for law enforcement agencies.

State Sen. Steven Bradford (D-Gardena) said his legislation is needed to prevent police officers who are fired, resign or are disciplined for misconduct from moving to another law enforcement agency and continuing to carry a badge and gun.

“California is able to revoke the certification or licenses of bad doctors, lawyers and even barbers, but is unable to decertify police officers who have broken the law and violated the public trust,” Bradford said. “This is all about treating people fairly and holding those who don’t accountable.”

Currently, 46 other states have rules preventing abusive officers from switching jobs, but Bradford said California is “so far behind” on the issue. A similar bill stalled in the California Legislature last year.

The bill gives new powers to the state’s 17-member Commission on Peace Officers Standards and Training, or POST, to investigate and suspend or revoke the certification of peace officers who are terminated for cause or found to have engaged in “serious misconduct.”

Such misconduct would include excessive force, dishonesty, sexual assault and acts of bias on the basis of factors including race, sexual orientation and gender.

The bill would require the governor to appoint a nine-member Peace Officer Standards Accountability Advisory Board by Jan. 1, 2023, within POST.

The board, which is made up of two law enforcement officers, one civilian oversight attorney and six members of the public, would review POST’s investigation of misconduct allegations and recommend whether the commission should seek decertification.

Like others, the Peace Officers Research Assn. of California, which represents 77,000 public safety officers, said it supports revoking licenses for officers who engage in gross misconduct.

However, the association criticized the bill for creating a nine-person panel to oversee the process that includes seven members of the public that would not be required to have law enforcement expertise or experience.

“Ultimately, this bill creates an inherently amateurish and potentially biased panel to oversee the process of revoking an officer’s license to practice law enforcement, ignoring our country’s tradition of due process and subjecting officers to a biased review of their actions where guilt is assumed, and the deck is stacked against them,” the group said in a letter to lawmakers.

Assemblyman Kelly Seyarto (R-Murrieta) said he supports adopting a decertification mechanism but that he voted against the bill because he believes it creates a system biased against law enforcement officers. He complained that the nine-member advisory board would only include two representatives of law enforcement.

“The composition of the advisory board is grossly unfair,” Seyarto told his colleagues.

He also objected that the measure provides for including people who are the victims of police violence. Seyarto noted that is not the practice on boards that discipline doctors.

“Their boards don’t have people who have been adversely affected by a bad surgery,” he said. “This creates bias.”

The floor debate was emotional at times, with legislators speaking the names of Black men and women who had been killed by police officers in California and elsewhere.

Assemblyman Freddie Rodriguez (D-Pomona), who withheld his vote Friday, said he fears the bill would undercut law enforcement officers like his son, a Los Angeles County sheriff’s deputy who he worries might not come home after working a shift if he is hurt or killed. Assemblyman Reggie Jones Sawyer (D-Los Angeles) responded that he worries that his two Black sons won’t come home at night because of violence by police officers.

Assemblywoman Akilah Weber (D-La Mesa) said Friday that the measure protects the due process rights of law enforcement officers to a fair hearing. The majority of POST commission members are representatives of law enforcement, she noted.

“This is not an anti-police bill. This is an accountability bill,” she told her colleagues during Friday’s floor debate. “Without any accountability we lose integrity of the badge and the bond with the community is broken.”

Facing continuing opposition, Bradford this week amended the bill to require a two-thirds vote of the POST Commission to decertify an officer and only after “clear and convincing” evidence has been presented of misconduct.

The removal of the requirement for board members affected by police violence and the two-thirds vote were disappointing changes to the bill, according to supporters of the measure including Sheila Bates, an organizer with Black Lives Matter California.

But she said the bill is still essential in a state where an officer can be fired for misconduct and continue as a police officer elsewhere.

“Unfortunately they are just able to move from one department to another and we see how dangerous that is for our communities, so we still absolutely back this bill,” Bates said.

Some law enforcement groups said they are reviewing the changes before determining whether to drop their opposition.

Other bills introduced in response to the Floyd killing are also moving through the Legislature.

Lawmakers on Thursday sent the governor SB 16 by state Sen. Nancy Skinner (D-Berkeley), which expands public access to files on police misconduct by adding records on officers who have engaged in biased or discriminatory behavior, conducted unlawful arrests or searches, or used force that is excessive or unreasonable.

On Wednesday, the Assembly approved AB 26, which would require police officers to intercede when they witness excessive force by another member of law enforcement, and report the incident to a supervisor.

“Instituting these core values are paramount to building public trust that has eroded between law enforcement and communities across California,” said Assemblyman Chris Holden (D-Pasadena), who introduced the bill.