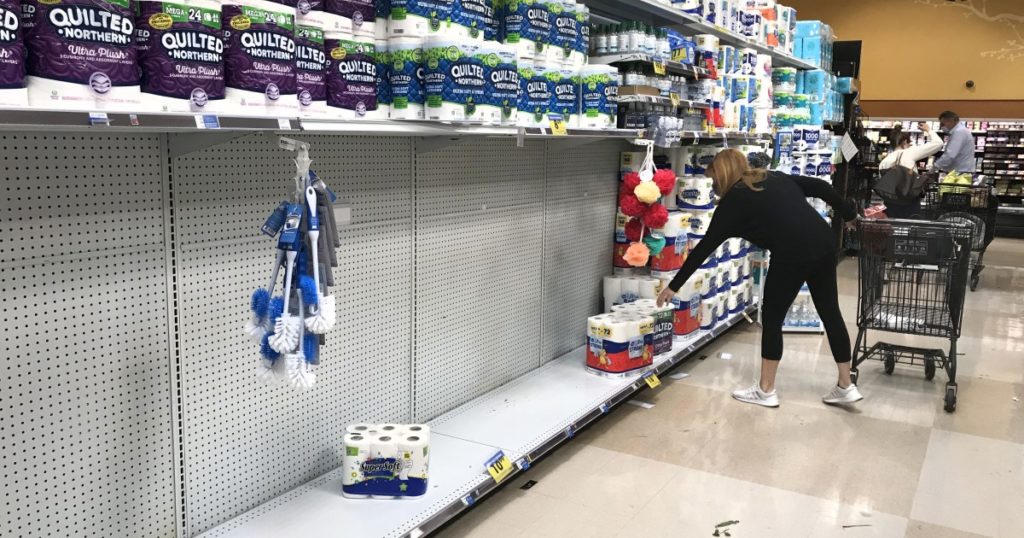 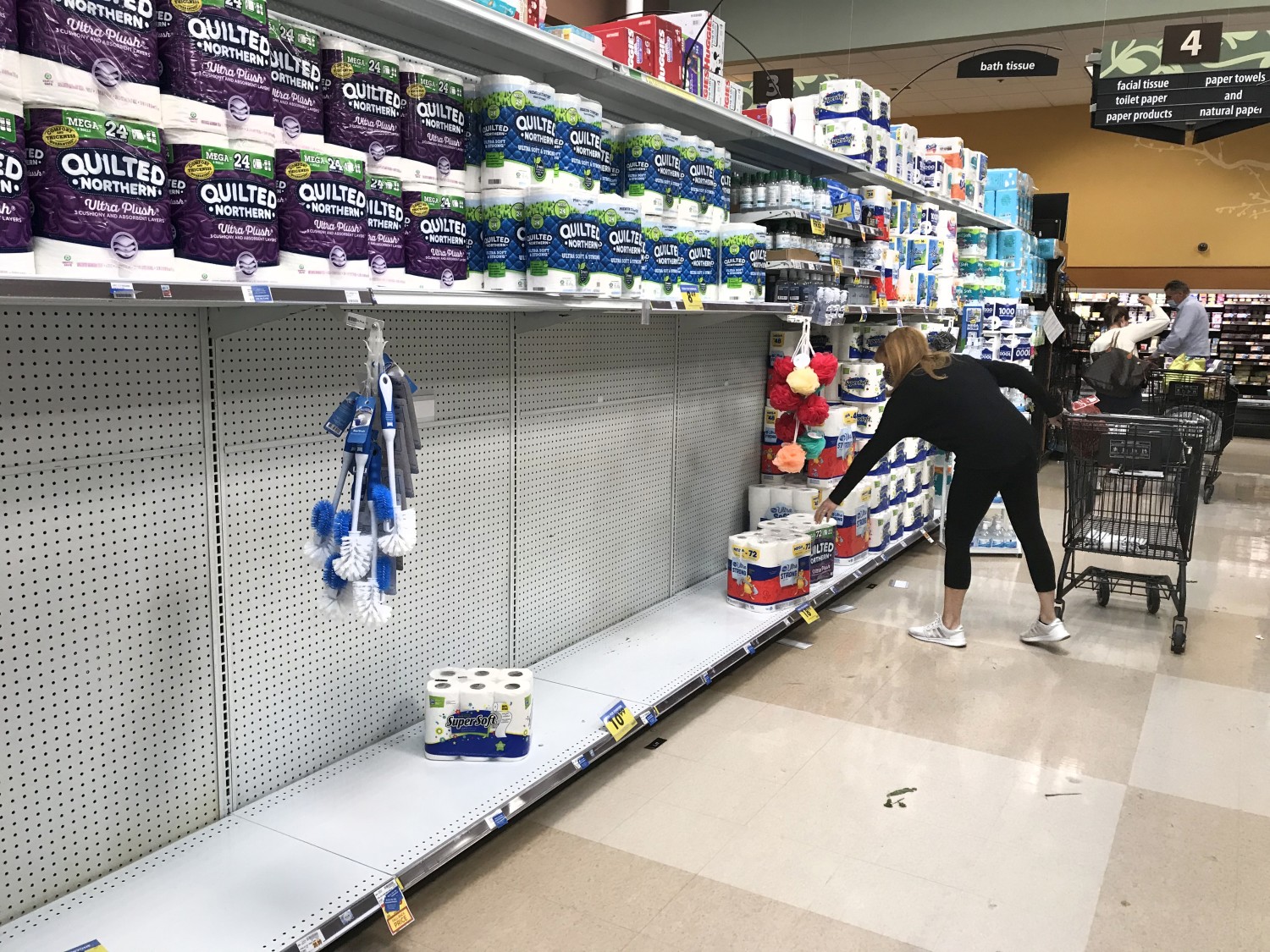 Gov. Gavin Newsom has announced a mandatory overnight stay-at-home order that will be instituted throughout most of California to combat a surge in new coronavirus cases, a measure that comes just days after the governor enacted a dramatic rollback of reopening in much of the state.

The order issued by the California Department of Public Health will prohibit most nonessential activity outside the home from 10 p.m. to 5 a.m. in counties in the strictest tier of the state’s reopening road map — the purple tier. The restriction goes into place on Saturday and lasts through Dec. 21, though it could be extended.

“The virus is spreading at a pace we haven’t seen since the start of this pandemic and the next several days and weeks will be critical to stop the surge. We are sounding the alarm,” Newsom said in a statement released Thursday afternoon. “It is crucial that we act to decrease transmission and slow hospitalizations before the death count surges. We’ve done it before and we must do it again.”

Roughly 94% of Californians — 37 million people — live in counties that are in the purple tier, which has forced many businesses in those communities to suspend or severely restrict the number of customers allowed indoors.

The state has reported an average of more than 10,000 new cases each day over the last week. California has not experienced a daily case count this high since the outbreak began, even during the surge in the summer that stands as the state’s deadliest time of the COVID-19 pandemic.

“We are asking Californians to change their personal behaviors to stop the surge. We must be strong together and make tough decisions to stay socially connected but physically distanced during this critical time. Letting our guard down could put thousands of lives in danger and cripple our healthcare system,” said Dr. Erica Pan, the state’s acting public health officer.

The decision is similar to efforts made to slow the virus in Los Angeles County, which announced earlier this week that restaurants, breweries, bars, wineries and nonessential retail establishments would close for in-person services from 10 p.m. to 6 a.m. beginning Friday.

More than 4,300 people were hospitalized with a confirmed case of the virus statewide as of Wednesday, marking a 61% increase from two weeks ago. Los Angeles County reported 5,000 new cases Thursday — a single-day record since the pandemic began.

Aside from the limited nighttime hours, the restrictions will be similar to those in the statewide stay-at-home order Newsom issued in mid-March, which were later replaced by the state’s four-stage reopening plan. Californians in the affected counties will still be allowed to buy groceries, pick up restaurant takeout orders, visit doctors or other healthcare providers and other providers of essential services.

Dr. Mark Ghaly, the state’s health and human services secretary, said the limited stay-at-home order focuses on the overnight hours because that is a time when people tend to congregate and let their guard down, either at gatherings in their homes or elsewhere. Even if people up at these hours tend to be younger — and less susceptible to the ravages of COVID-19 — they can still contract the virus and infect others without showing symptoms, Ghaly said.

“COVID can go from zero to 60. Very quickly. And it has, we’ve seen it across the nation,” Ghaly told reporters at an afternoon news conference.

He also warned that more restrictions are possible: “Today’s actions are an important step, but not the only step. And as the rate of transmission gets stronger, I think we will too.”

Newsom was noticeably absent from Thursday’s news conference, a departure from his usual practice of making major announcements about the state’s COVID-19 response.

The governor announced the curfew as he faces scrutiny over his own behavior and cases increase. Newsom apologized this week for attending a Nov. 6 dinner party at the French Laundry, where he joined people from other households and several lobbyists at the upscale Napa Valley restaurant to celebrate the 50th birthday of a close friend.

He said on Monday that the party was held “outdoors,” a description that was contradicted when pictures of the event surfaced the next day.

“The Sacramento County Sheriff’s Office will not be determining — including entering any home or business — compliance with, or enforcing compliance of, any health or emergency orders related to curfews, staying at home, Thanksgiving or other social gatherings inside or outside the home, maximum occupancy, or mask mandates,” Jones said in a statement.

“The governor likes to tout that his actions are scientifically driven, but evidence simply does not support such drastic action limiting people’s freedom,” Gallagher said in a statement. “This virus does not suddenly come out at night, and there is little evidence that shifting businesses’ operating hours has any impact.”

Long Beach Mayor Robert Garcia, a Democrat and strong political ally of Newsom, praised the action announced on Thursday, saying it will “save lives and provide relief to our hospitals and our healthcare system.” Garcia is considered to be among those Newsom may appoint to fill the U.S. Senate vacancy that will be created when Sen. Kamala Harris is sworn in as vice president.

Earlier in the day, Newsom took heat from a fellow Democrat, Assemblywoman Wendy Carrillo of Los Angeles, before the latest restrictions were announced. Carrillo is under fire for flying to Maui this week for a conference with other legislators.

“My intent to be very clear and transparent is to find solutions on how we can safely live through COVID-19, how we can safely reopen our economy, help small businesses and restaurants and better inform the public amid continued contradicting and constantly changing information from Gov. Gavin Newsom,” she said in a statement about her trip.

Soon after the curfew was announced, businesses owners across the state mulled how the new order might affect them after months of sacrifices and changes to adjust to the pandemic.

Everardo Santiago, owner of the Inglewood-based El Oaxaco Taqueria y Antojitos Oaxaqueños, said he supports Newsom’s decision to impose a curfew and limit restaurants to takeout. Though his restaurant’s hours have changed since the start of the pandemic, closing at 8 p.m. instead of 3 a.m., Santiago said any cut in hours or a curfew would still affect his business since fewer people will be out.

It will also affect him as an employee of a Beverly Hills restaurant that has late hours. Still, Santiago said he’d rather have a strict order than have to deal with a longer pandemic.

“If we can all cooperate in this moment and do things the way they should be done, it will be easier,” he said. “But if we want to be treated like children, where the government has to get our attention and get angry at us and punish us, it won’t work.”

Brett Gallo, owner of the Bamboo Club and the Stache Bar in Long Beach, said he worries about how the order will affect his businesses, but feels more prepared to weather this storm. His bars have been adapting with new takeout systems and the Bamboo Club recently installed a tent over a parking lot for a large patio space that was beginning to bring in more business.

“We were already kind of bracing for it,” Gallo said.

Gallo noted that he didn’t like to see Newsom dining at a restaurant days before the curfew was to go into effect.

“I don’t disagree with Newsom and how he’s handling things,” he said. “But the ‘Do as I say, not as I do” mentality, I don’t like that. You should be following the guidelines.”

Colton Weiss, owner of Mel’s Drive-In restaurant, said he’ll have to cut his employees’ hours to comply with the order, something he said “is not what we want to do.” The restaurant is typically open 24 hours, but has recently started closing at 3 a.m.

“I understand it’s for the greater good, but I do feel that people after curfew are still going to gather and get together and what they’ll do is, instead of coming to Mel’s, they’re going to go to their house,” he said.

Weiss said that Mel’s, which has been in his family since 1947, will be hit hard by the reduced hours. But he lamented that smaller businesses with less outdoor space will have a harder time.