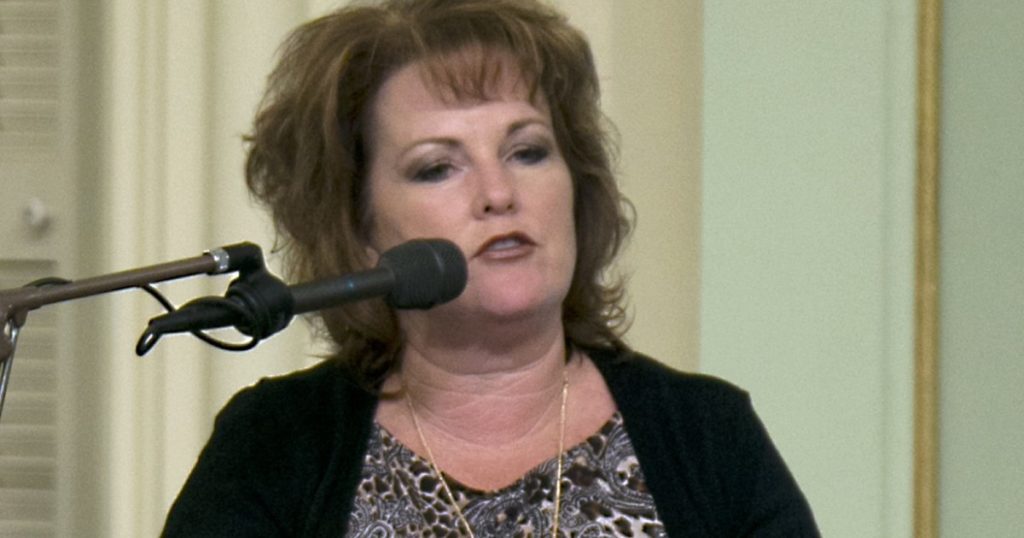 The Republican leader of the California state Senate posted, then quickly deleted, a tweet Wednesday accusing the mob that overran the U.S. Capitol in Washington as belonging to the leftist antifascist group known as antifa and not supporters of President Trump.

State Sen. Shannon Grove (R-Bakersfield) added a comment to a tweet first posted by Lin Wood, a Georgia attorney who has filed unsuccessful lawsuits in support of Trump’s effort to overturn election results in several key states. Wood’s tweet included photos he alleged without proof were of an antifa member present inside the hallways of the Capitol after a violent, pro-Trump mob stormed the building during proceedings by the House and Senate to certify the electoral college results for President-elect Joe Biden and Vice President-elect Kamala Harris.

“Patriots don’t act like this!!!” Grove wrote in the retweet of Lin’s posting. “This was Antifa.”

A spokesperson for the Senate Republican Caucus said Grove deleted the original tweet after realizing it was “incomplete.” The revised tweet, posted later in the afternoon, said that the violence in Washington was the “way Antifa behaves” and called the mob’s actions “unacceptable and unAmerican.”

Grove, 55, served three two-year terms in the Assembly before being elected to the Senate in 2018. In 2019, Republican senators chose her as their leader, and she told The Times she would work constructively with the Legislature’s Democratic majority.

“It’s not a secret that I am a social and fiscal conservative. It’s who I am,” Grove said at the time. “Some people in the caucus and in the building don’t align with that same philosophy that I have. But that doesn’t mean you can’t work together and solve problems.”

The Bakersfield Republican is an ardent supporter of President Trump, calling him “the greatest of all time” in a tweet posted on Monday and alongside photos posted on Dec. 16 of her attendance at a White House Christmas party.

Grove has also tweeted or retweeted a variety of posts in recent weeks alleging voter fraud as the reason for Biden’s victory on Nov. 4. She has falsely asserted, linking to the unproven allegations of others online, that votes were illegally “injected” into Arizona’s tally. On Nov. 29, Grove offered a comment attached to a tweet by Biden calling for Americans not to treat each other as enemies and to “put away the harsh rhetoric” of the election season.

“Oh, I don’t think so,” Grove wrote in her retweet of the president-elect.

The state Senate Republican leader has been a sharp critic of Gov. Gavin Newsom’s COVID-19 actions — in particular, public health restrictions placed on worship services. Grove emceed a large worship event outside the state Capitol in September where neither she nor many of the people who were in attendance wore masks. She has also opposed the state’s public health restrictions on businesses as cases of the coronavirus spread.

On Monday, Grove posted a warning on her Facebook page about coronavirus protections being proposed in New York.

“Do you think Democrats will try to take you from your kids if you test positive for Covid?” she wrote. “Will they lock you up ? What does detain mean?”

Most Republican state legislators who spoke out on Wednesday condemned the violence in Washington without making mention of the mob’s alliances. One who did, Assemblyman Steven Choi (R-Irvine), condemned the action in a press release that described the attack as being carried out by “pro-Trump supporters.”

The chairwoman of the California Republican Party, Jessica Millan Patterson, had no comment on Grove’s tweet but issued her own statement Wednesday condemning the actions in Washington.