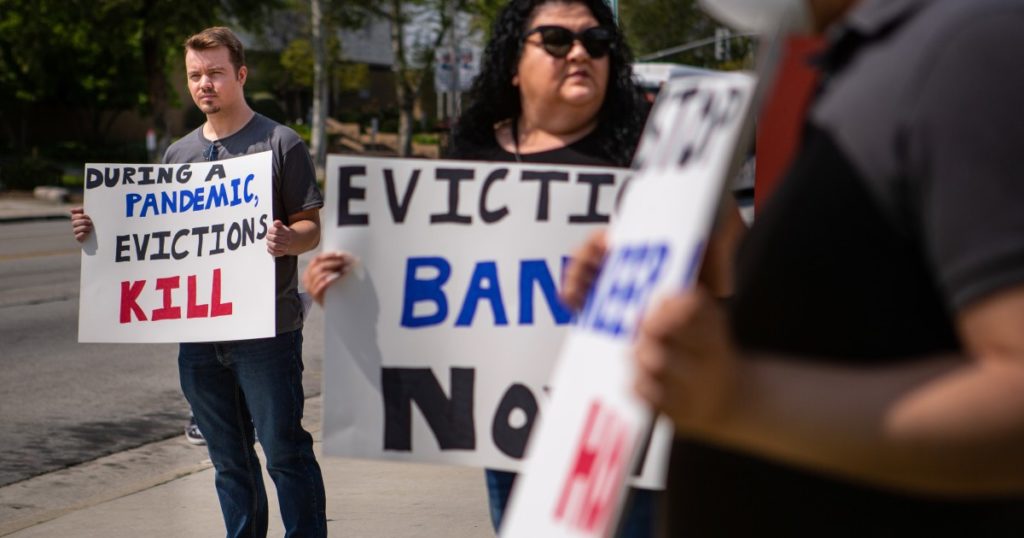 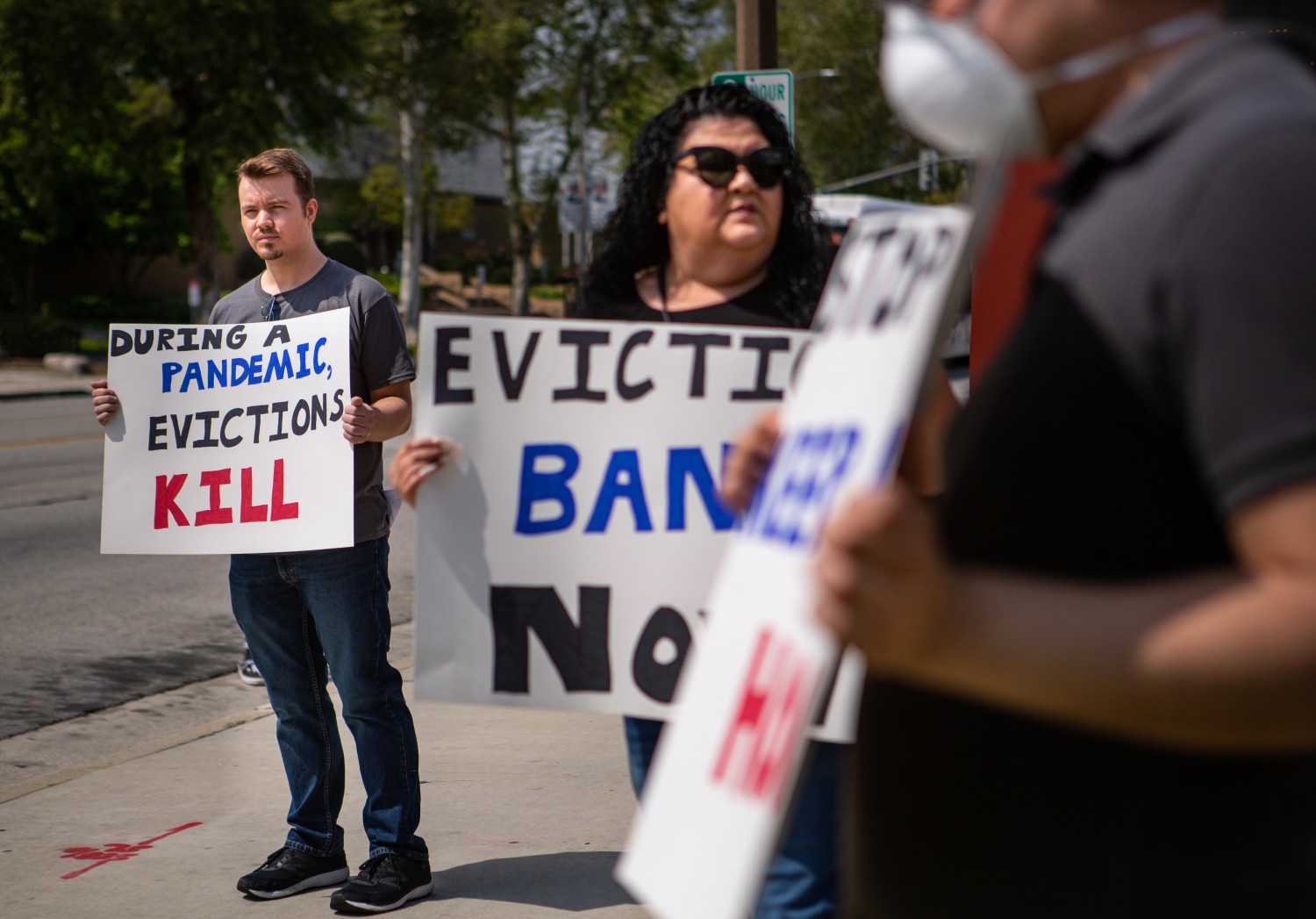 California tenants will be protected from evictions for another three months, and those with low incomes will have all of their past-due rent paid by the state, under a bill signed Monday by Gov. Gavin Newsom in response to the COVID-19 pandemic.

The governor acted just hours after both houses of the Legislature approved the bill extending the eviction protections through Sept. 30. Lawmakers cited urgency stemming from the expiration of previous protections that was set for Wednesday.

“California will significantly increase cash assistance to low-income tenants and small landlords under the state’s $5.2 billion rent relief program, making it the largest and most comprehensive COVID rental protection and rent relief program of any state in the nation,” said a statement by Newsom’s office.

The action doubles the funding of the rent relief program, allowing payment of 100% of low-income tenants’ past-due rent back to April 2020 and until the expiration of the eviction protections, as money is available.

Landlords and tenants can apply immediately for the expanded rent relief.

In addition to prohibiting eviction of tenants who pay at least 25% of their rent for another three months, the new measure blocks landlords from getting a court order for eviction before giving tenants a chance to apply for rent relief through March 2022.

Some 758,000 California households owe back rent; the average amount they are behind is $4,700, according to research by PolicyLink and the USC Equity Research Institute.

Newsom negotiated the proposal with legislative leaders and signed the bill along with a main budget bill that had been approved by the Legislature on June 14.

The eviction bill, AB 832, was passed on a 34-0 bipartisan vote in the state Senate, although some Republicans complained that the state has mishandled distribution of rent relief funds, and the extension has unduly harmed landlords.

Sen. Patricia Bates (R-Laguna Niguel) voted for the bill after proposing, without success, that the eviction protections be extended only to those who could document financial hardship from the pandemic by showing they have applied for unemployment benefits.

“Everyone else needs to pay their rent,” Bates said. “Rental property owners have borne the weight of this Legislature’s and the governor’s actions quite long enough.”

The three-month extension was opposed by some landlord groups, including the California Rental Housing Assn.

“We have been under severe financial distress for an excess of 18 months now, and AB 832 will not help the tens of thousands of small mom and pop rental providers who are financially suffering and are struggling to continue providing affordable and safe housing for their residents,” said Christine LaMarca, the association’s president.

On Monday, the state reported that it had paid out just $73 million of the $1.4 billion it had made available in March, while applications have been submitted for a total of $722 million. Counties and cities, given $1.2 billion to distribute, are also struggling.

Democratic lawmakers said they have been assured by the Newsom administration that it is improving the distribution process.

Tenant advocates had complained that a 32-page application for rent relief made it hard for many to apply, but officials said the form has been simplified, and renters can now self-certify that they were financially burdened by the pandemic.

The approval of the bill was hailed Monday by tenant advocates including Patricia Mendoza, a renter and leader of the Alliance of Californians for Community Empowerment.

“Now I don’t have this massive financial burden on my back and my family’s stability isn’t dependent on my landlord’s participation in the rent relief program,” said Mendoza, a resident of Imperial Beach.

Assemblyman David Chiu (D-San Francisco) said his bill recognizes that the state has received $27 billion in federal COVID-19 relief funds, some of which will finance California’s large rent relief program.

“With the available funding, ending eviction protections this week would be fumbling on the one-yard line,” Chiu told his colleagues. “It would be tragic to evict families onto the streets when we have the ability to keep them in their homes with rent relief funding.”