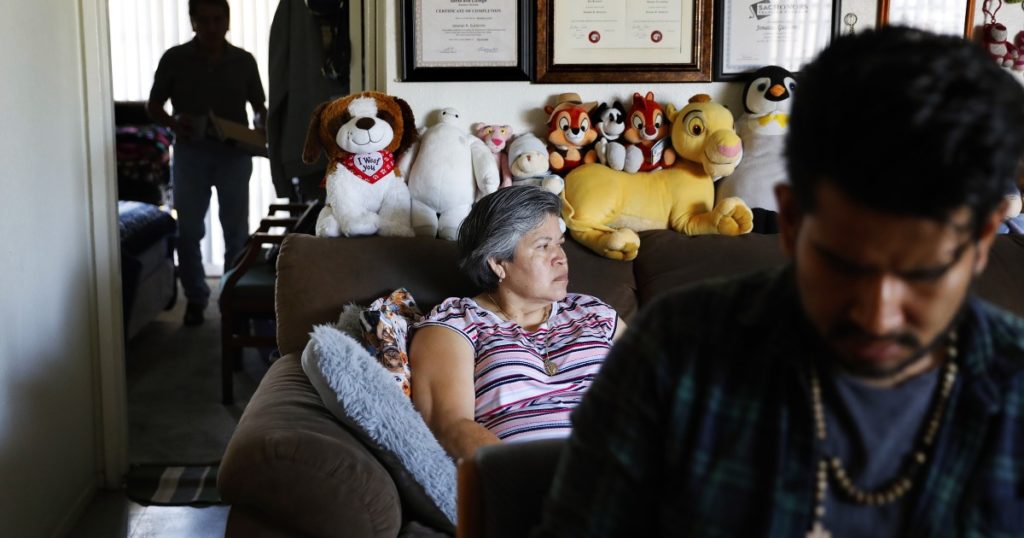 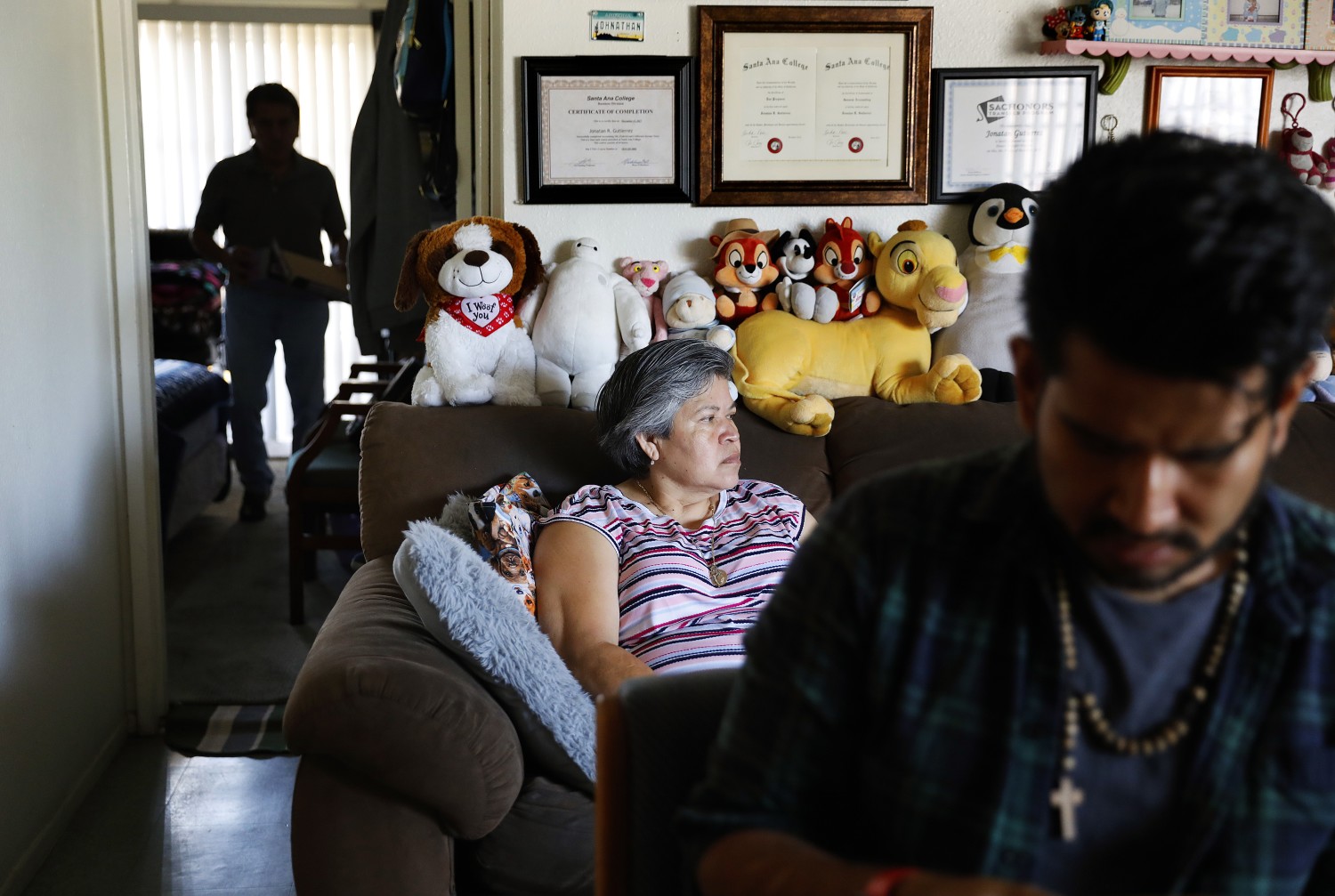 There’s a calculation Jonatan Gutierrez knows too well, a cost-benefit analysis uninsured Californians make daily: Is the pain or illness worth the cost of seeing a doctor or walking into an emergency room?

Gutierrez has watched his parents navigate that uncertainty. At times, the 32-year-old has lived it himself. Despite qualifying based on earnings for the state’s healthcare program for low-income residents, Gutierrez and his parents are not eligible for Medi-Cal because they are living in the country illegally.

“My dad has not wanted to go to the doctor,” Gutierrez said. “He would refuse to see a doctor because, he would say, ‘Why would we spend money we don’t have?’”

But that calculation is about to change for Gutierrez and his family. Gov. Gavin Newsom signed a bill Tuesday related to the state budget that would push California further out front in erasing the lines between which safety net programs undocumented people qualify for. Low-income Californians 50 and older will be eligible after May 1, 2022, for healthcare coverage regardless of immigration status under the law, a move that extends comprehensive benefits to approximately 235,000 residents living in the country illegally.

On Tuesday, Newsom said the bill was another step toward universal healthcare in California.

“We have not finished that job,” he said, “but we’re making a big investment here.”

California’s Medi-Cal system already covers young immigrants until they turn 26. The state first offered Medi-Cal coverage to children without legal status through the age of 18 in 2016. Last year, young adults were eligible for coverage after California expanded the age cutoff so that it mirrored that of the Affordable Care Act, which allows a person to remain on a parent’s health insurance plan until turning 26.

“This is a major stressor for many people in the undocumented community,” said Gutierrez, who has at times gone without health insurance when grant-funding shortfalls have resulted in his hours at an Orange County LGBTQ center being reduced below full-time employment.

When his father was laid off during the pandemic and lost his health insurance months later, Gutierrez said his family was particularly worried about how to pay for his diabetic mother’s life-saving insulin.

“Without health insurance, it was looking to cost them thousands of dollars for all of her medicine,” Gutierrez said. “We found a community clinic where she pays $60 a month for her insulin. But there are people who can’t afford the $60. There are people who have to choose between going to the doctor or paying rent.”

Currently, income-eligible immigrants without legal status qualify for scaled-back Medi-Cal coverage, which only covers emergency room and pregnancy-related care. But healthcare advocates say emergency coverage is an inefficient and costly way to provide care to undocumented people who live and work in California.

“I hope we’ve reached a point where it’s no longer necessary to explain why we should make this expansion,” said Assembly Speaker Anthony Rendon (D-Lakewood). “We’ve run the numbers, and it’s clear that insuring people reduces expensive medical room visits.”

Rendon said many of the newly eligible were agriculture, hospitality and child-care workers with jobs critical to the state’s economy.

“When they have this benefit, we all benefit,” he said. “That’s the way society should work; we take care of one another.”

Earlier this year, a Public Policy Institute of California poll found two-thirds of adults surveyed supported tax-paid healthcare for immigrants without legal status. That was up from 54% in 2015, the last time PPIC asked the question.

With the state’s finances flush, the expansion of eligibility is expected to cost $1.3 billion a year when fully implemented.

A mix of federal and state money typically makes up Medi-Cal funding, but the cost of expanding eligibility to immigrants without legal status falls entirely on California. The Affordable Care Act prohibits federal dollars from being used to cover immigrants who are in the U.S. illegally.

After the expansion is in place, there will still be a healthcare gap for those 26 to 49 years old without legal status, although lawmakers have pledged to continue advocating for erasing immigration eligibility requirements for that age group.

“We have taken a huge, huge step forward by curing healthcare access for a quarter-million Californians,” said state Sen. Maria Elena Durazo (D-Los Angeles). “This inclusion is not the end.”

The campaign to remove immigration status as a prerequisite for Medi-Cal has been simmering in Sacramento for years, tempered by a large price tag and difficult partisan politics. Insurance Commissioner Ricardo Lara — who as a state senator was the author of the 2015 law opening Medi-Cal to children living in the country without legal status — initially sought to cover adults too before his bill was narrowed during budget negotiations that year. Lara called his legislation “a precursor … to getting healthcare for all in the next year or so.”

Lara said the deadly COVID-19 pandemic, which swept through Latino communities, illustrated the importance of ensuring all residents, regardless of immigration status, had access to medical care.

The cost to provide care for immigrants without legal status who are 19 to 25 years old has been lower than initially expected, according to the state Department of Health Care Services. That’s largely because fewer young adults have signed up for coverage — data from the department show more than 84,000 young adults in that age group were signed up for full Medi-Cal benefits as of January of this year at a cost of $271 million. That’s up from nearly 69,000 a year earlier.

The number of children without legal immigration status who are enrolled in full Medi-Cal benefits has climbed from 104,000 in 2006 to 118,000 as of December 2020, according to data from the department.

Assemblyman Joaquin Arambula (D-Fresno) said the shift from covering emergency and pregnancy-related care to ensuring access for regular doctor visits would help prevent disease and illness that had a devastating effect on families and were more costly to treat.

“Now is the time after this pandemic of the century for us to be investing intentionally with an eye toward equity into those who bore a disproportionate share of the virus,” Arambula said.

For Isabel, the chance to see a doctor comes after months of daily worries about her health. The 76-year-old former farmworker, who asked that her last name not be used because she did not have legal status, said COVID-19 had left her unable to catch her breath since the virus spread through her family in January.

The weeks of battling the illness at her home in Perris left her exhausted, falling asleep each night scared her eyes would not reopen, she said. Without health insurance, she turned to home remedies she learned as a girl from her mother, mixtures that included radishes, ginger, purple onion and eucalyptus. Lately, she said she had been forgetting things. She hopes to ask a doctor about that when the new law goes into effect next year.

“I would see a doctor with more confidence,” Isabel said in Spanish through a translator. “I don’t have the money to pay to go now.”