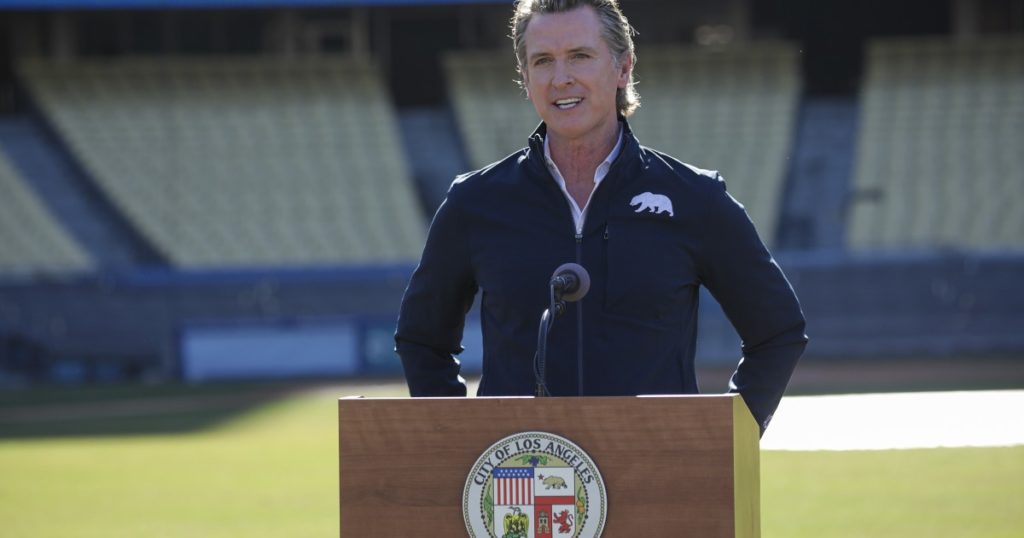 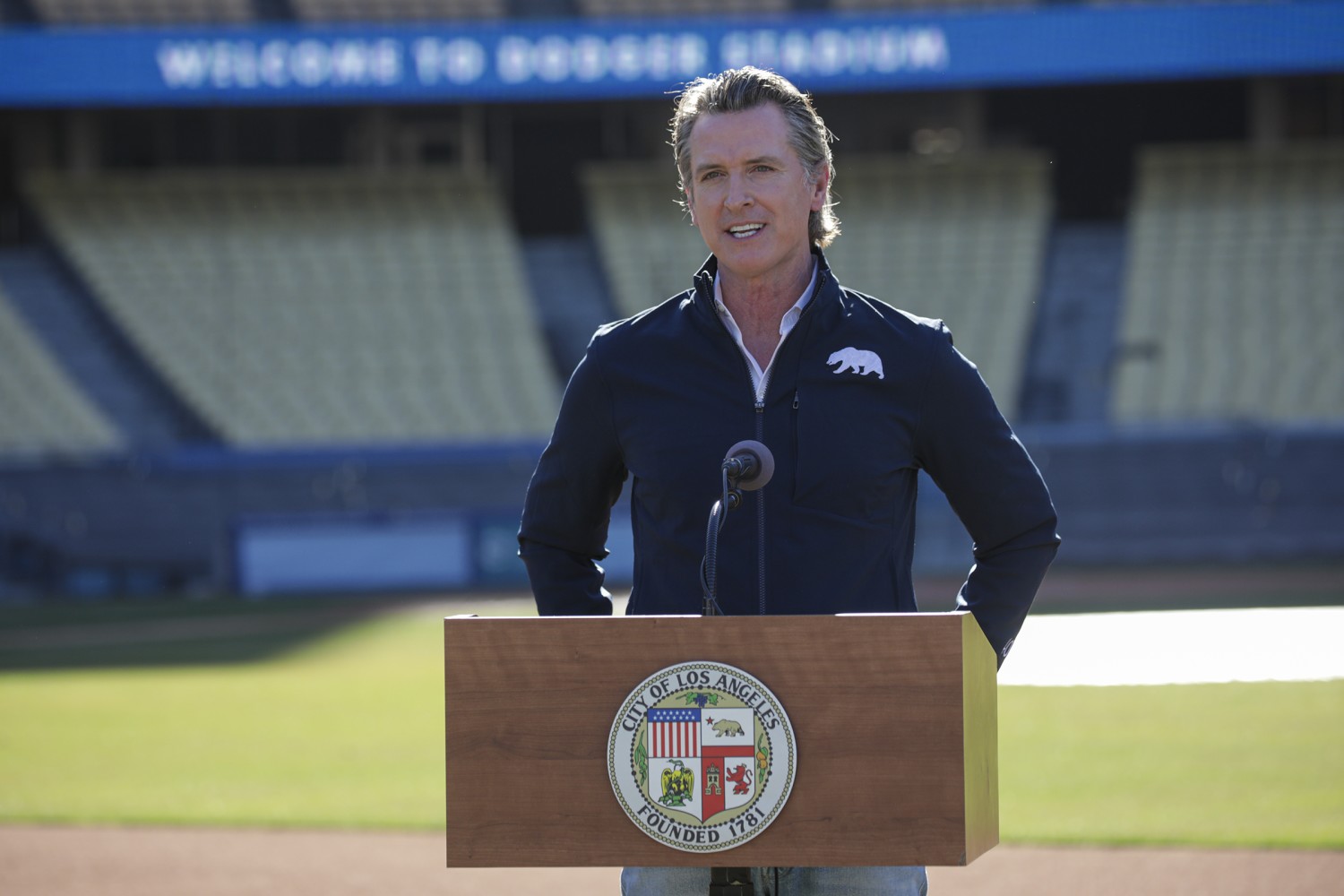 Three weeks after Gov. Gavin Newsom unveiled his ambitious plan to get California elementary school students back in their classrooms when COVID-19 conditions improve, educators are unwilling to give the assignment a passing grade.

They’ve largely made their harshest assessments behind closed doors, choosing to publicly say that the $2-billion proposal — an array of mandates and classroom alterations paid for with money the schools would have received anyway — is incomplete. But on Thursday, their candid assessments were laid bare during a three-hour legislative hearing that suggested school leaders and Democratic lawmakers alike believe the governor’s plan deserves an F.

The only thing left unsaid is obvious: Absent substantial changes, Newsom’s “Safe Schools for All” plan won’t be ratified by the California Legislature.

“When we look at the plan that the governor has laid out, the plan simply will not help us, and won’t help us get to reopening any sooner,” Richard Barrera, board president of the San Diego Unified School District, told legislators Thursday.

The plan is broadly seen as too little, too late. Educators spent most of the fall asking for a more coordinated statewide effort, and were left instead to craft local blueprints for reopening when virus conditions improved. They were caught off guard by Newsom’s sudden announcement on Dec. 30 of a new proposal.

And there was more. On Jan. 14, the governor revised the plan unveiled just two weeks earlier with additional health and workplace safety rules and requirements for teachers to remain six feet from students and colleagues. Administration officials expected schools to begin submitting plans on how to meet all of the requirements on Feb. 1, even though the Legislature had been in session for only a week and had not yet held a hearing on the first version of the proposal.

The confusion was made worse by how Newsom’s pronouncement had been perceived by the public. Many California parents and family caregivers seemed to hear it as a promise that kids would head back to their classrooms on at least a part-time basis in late winter or early spring — even though nothing in the plan would have stopped local schools from sticking instead with full-time remote learning.

Educators remain in limbo. For some, Newsom’s proposal threatens to upend months of work they’ve done to craft local plans based on the state’s summer guidance. Those rules link reopening to a county’s ability to stay out of California’s most restrictive virus conditions tier for at least 14 days, with case-by-case exceptions, while setting rules on protective equipment, COVID-19 testing and contact tracing.

Those rules were put in place five months ago. No one expected that Newsom would wait to change them until five days after Christmas.

“I was very excited that we had our plan,” said Campbell Union School District Supt. Shelly Viramontez during Thursday’s state Senate committee hearing. “And it feels like yet again, the goalposts moved. And things have changed. And there are new requirements that were never known before.”

The mechanics of the governor’s plan aren’t the only challenge, education advocates argue. There are money problems too.

Because the proposal would require schools to provide COVID-19 testing for staff and students out of the newly earmarked funds, those costs — estimates presented Thursday ranged from $38 to $50 per test — could consume most, if not all, of the earmarked subsidy a school would receive.

“Especially for small districts that aren’t in some type of insurance pool, et cetera, that is going to be a significant challenge to be able to meet,” state Sen. Mike McGuire (D-Healdsburg) told a state finance official during Thursday’s hearing.

Organizations representing school boards and administrators offered their blunt assessment in a letter sent to the governor Tuesday.

“We do not believe education dollars should be spent for community health needs,” they wrote, arguing every school funding dollar “spent on public health is a dollar that is no longer available to benefit students for instructional support, social-emotional services and learning loss.”

Some of the proposal’s most vocal critics have been school employees and teachers, represented by unions wielding substantial political influence in Sacramento. They are also some of Newsom’s closest allies and their reluctance to support his plan is a key indicator that it’s going nowhere fast.

Representatives of education unions have made it clear that the loosened COVID-19 threshold in the governor’s plan — reopening elementary school campuses when counties report up to 25 new infections per 100,000 people — is unacceptable. And they argue virus testing isn’t enough, that teachers and school employees want what all Californians want: vaccinations.

“Our state is behind in vaccinations. We are behind in distributions of the vaccine,” said David Schapira, the government relations director of the California School Employees Assn.

Because reopening plans must be negotiated through collective bargaining sessions, some school administrators believe Newsom’s Dec. 30 plan won’t deliver on its promise of spring reopenings in communities with low virus transmissions.

“If we have to fully negotiate the new guidance, I see little chance for equitable, in-person classroom instruction in the next four to five months,” said Chris Evans, superintendent of Natomas Unified School District in Sacramento.

Perhaps the surest sign that Newsom’s much-touted plan to get thousands of California elementary school students back to in-person learning is how few communities have embraced it. The governor’s administration has yet to provide a list to lawmakers or the public that shows which, if any, of California’s 1,037 school districts have expressed interest in participating.

This week, Barrera offered lawmakers a glimpse at the detailed work his San Diego district has done to move toward school sites reopening, including frequent virus testing and teacher vaccinations. Some education advocates suggest San Diego’s efforts could be a model for other school districts to follow.

Which may explain why Barrera sounded so reluctant to embrace a statewide proposal that could upend much of that work.

“We have a lot of immigrant parents, a lot of parents who trust the public school system,” he told lawmakers. “When we say to our parents, ‘It is safe for your kids to come back to school and we have the right instructional program that’s going to help your kids learn,’ when we tell our parents that, they will believe us. So we better get it right.”