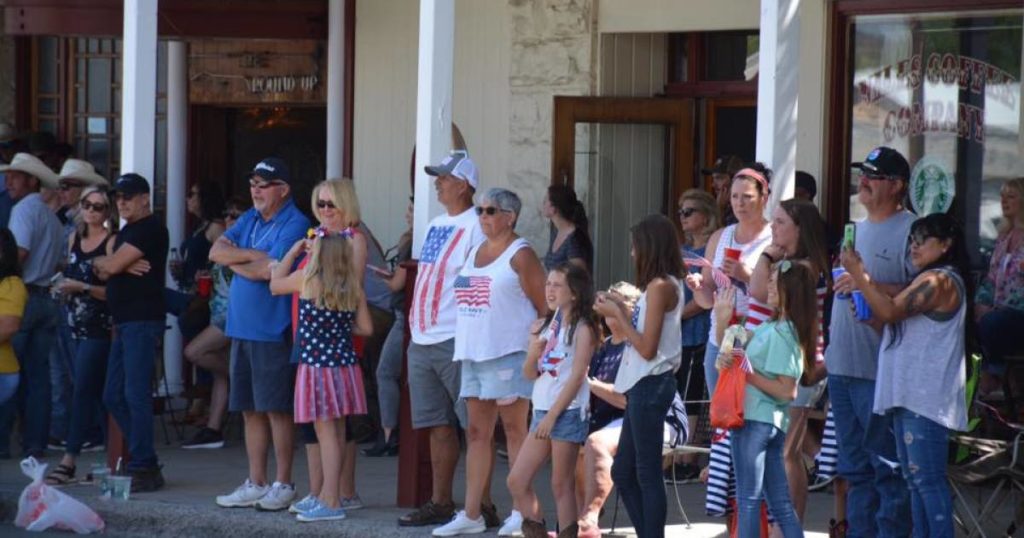 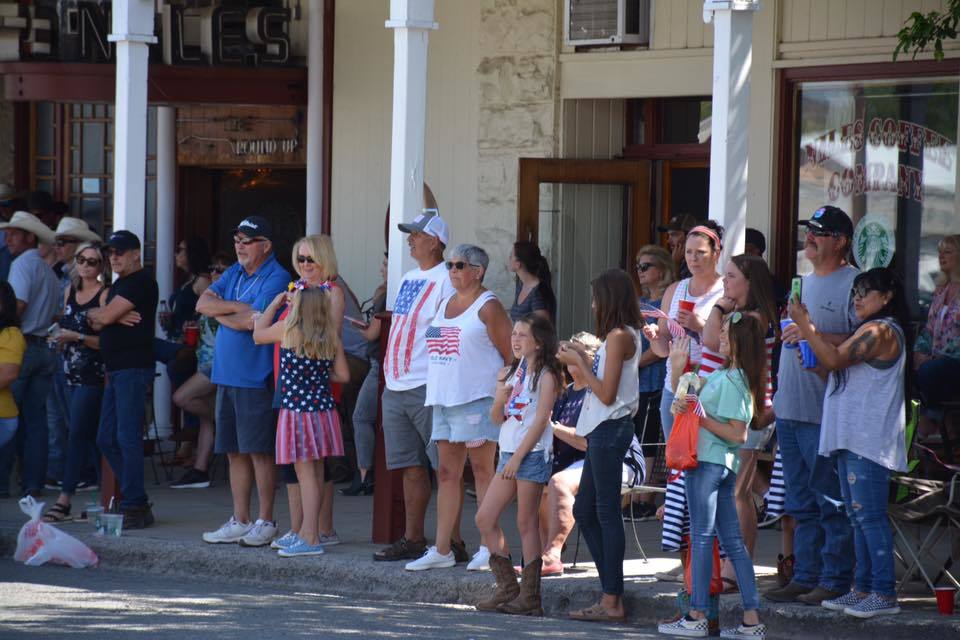 Nearly six months since Gov. Gavin Newsom promised to target businesses that are flagrantly violating public health orders to control the spread of COVID-19, California regulators have issued just 424 citations and suspended two business licenses as of Monday, according to data from 10 state regulatory and law enforcement agencies.

Instead of strictly penalizing businesses for violations, the Democratic governor and businessman with a portfolio of wineries, bars and restaurants under the brand name PlumpJack has relied on educating owners about infectious disease mandates. State agencies have contacted establishments primarily by email, sending them 1.3 million messages since July 1 to urge them to comply with state and local public health rules.

Enforcement at bars and restaurants where alcohol is served, identified by the Centers for Disease Control and Prevention as among the highest-risk environments for coronavirus transmission, has been limited, data show. The state Department of Alcoholic Beverage Control, which can issue criminal misdemeanor citations, fine businesses and revoke liquor licenses, has issued just 45 citations against bars and 119 against restaurants since July. No fines have been issued or licenses revoked for the 94,000 businesses it regulates.

By comparison, the state of New York — with half the population of California and far fewer eating and drinking establishments — has issued 1,867 fines against bars and restaurants, and temporarily suspended 279 business liquor licenses from June 18 to Dec. 8.

“The reality is it’s not enough to send an email and say, ‘Wear a mask,’” said Dr. Kirsten Bibbins-Domingo, a professor of epidemiology and biostatistics at UC San Francisco. “We see workplace violations that we know are major sources of transmission. We have to be willing to enforce or there’s no point in doing these things.”

Like much of the country, both California and New York, the nation’s two most populous Democratic-led states, have put primary responsibility for enforcing public health mandates on cities and counties. Newsom and New York Gov. Andrew Cuomo have bolstered local enforcement efforts by forming statewide task forces to go after businesses that repeatedly violate or ignore public health rules, such as mask mandates and business closures.

But California has been less aggressive than New York in targeting and penalizing bad actors. Newsom and state agencies have instead relied on tough talk and persuasion, emphasizing “personal responsibility,” informing businesses about their responsibilities — and giving them plenty of time to comply.

“I’m not coming out with a fist. We want to come out with an open heart,” Newsom said July 1. “We have, I think, a responsibility at the same time to go after people that are thumbing their nose, that are particularly being aggressive and reticent to do anything.”

The state’s lenient enforcement policy has put enormous responsibility and pressure on cities and counties struggling to gain compliance with COVID-19 measures. Local government leaders are preparing for deep budget cuts and can’t find resources to undertake a coherent enforcement strategy of their own. Many are also fighting intense political battles over mask mandates, curfews and other coronavirus safety measures.

As a result, some counties enforce the rules and some don’t. And because the state hasn’t stepped in to assist with adequate enforcement, some local officials say, businesses are often free to ignore the rules, allowing the virus to run rampant.

“It would be nice to have some air support from the governor,” said Nevada City Councilman Doug Fleming, who backs the city’s new ordinance imposing fines for violating the state mask mandate. “He’s kind of forcing local jurisdictions to enforce his rules without any air support.”

California is experiencing a surge of coronavirus cases as never before, setting records almost daily for infections and deaths. Hospitals across the state are running dangerously low on intensive care unit beds, with the state reporting 2.5% ICU capacity as of Monday.

Most of California is under a mandatory stay-at-home order, which prohibits indoor and outdoor dining and requires closure of a wide swath of businesses, from barbershops to wineries. Retail operations are limited to 20% capacity and churches must hold services outside.

Yet across the state, many people continue to flout the rules, keeping businesses open and refusing to wear masks in public. Pastors Jim and Cyndi Franklin, for instance, continue to hold indoor Sunday sermons at the Cornerstone Church in Fresno. Bars in Los Angeles County were packed with maskless football fans on a recent Sunday.

As ICUs run out of capacity, this Huntington Beach, CA scene was posted by a resident noting that today’s Green Bay/ Detroit game can be seen on overhead TVs. pic.twitter.com/Dcr3IlOOaS

And the owners of Calla Lily Crepes in Nevada City have repeatedly refused to close or require masks despite more than 20 warnings and attempts by Nevada County to gain compliance.

“We are free thinkers. I hope I’m not stepping out too far by saying we strongly question the masks, but we do,” said Rebecca Sweet Engstrom, who owns the restaurant with her husband, Darren Engstrom. “We feel that it should be people’s choice.”

Newsom in July threatened to withhold money from cities and counties that refuse to enforce public health orders. To date, the state has withheld federal funding from two cities in the Central Valley, Atwater and Coalinga, for allowing businesses to remain open in defiance of state and local health orders.

The governor has also directed 10 state agencies to keep watch for egregious violators of state and local health orders, primarily businesses, to protect workers and the public. State enforcement officials have issued few harsh penalties, they argue, because most businesses are complying — and the state doesn’t want to be punitive.

“We’re not trying to get into an adversarial situation here,” said Erika Monterroza, chief spokesperson for the state Department of Industrial Relations, which oversees the California Occupational Safety and Health Administration, which is responsible for regulating workplace safety and employer public health mandates.

Cal/OSHA issued 219 coronavirus-related citations to 90 employers from Aug. 25 to Dec. 14, accompanied by about $2.2 million in proposed fines, according to department data. The penalties ranged from $475 on Sept. 30 against a Taco Bell in Anaheim for failing to require employees to maintain six feet of physical distance, to $108,000 on Oct. 29 against Apple Bistro in Placerville for not requiring masks indoors and for not providing adequate physical distance between employees and guests. The department is investigating about 1,700 other cases.

The state Board of Barbering and Cosmetology, which regulates about 54,000 salons and barbershops, has levied just two citations and suspended two licenses, both held by Primo’s Barbershop in Vacaville, which has “very adamantly” opposed state health orders, said Matt Woodcheke, a spokesperson for the state Department of Consumer Affairs, which oversees the board.

No citations have been issued for COVID-19-related public health violations by California’s 280 state parks, nor by the California Highway Patrol.

Regulators said they have felt tremendous angst trying to get businesses to follow rapidly changing rules, but they aim for voluntary compliance and don’t want to cause businesses to go under.

“This is extremely difficult and we don’t want to do it,” said Luke Blehm, an acting supervising agent in charge of the state Department of Alcoholic Beverage Control. “We are all compassionate and empathetic and it’s a very hard thing to tell somebody that they’ve got to close and they may lose everything because of these rules they have to comply with.”

The state Department of Public Health, which is not one of the 10 task force agencies but assists them, has not issued fines or citations for health order violations, even though it is the primary agency responsible for issuing statewide mandates, spokesperson Corey Egel said.

In New York, by contrast, Cuomo has leaned on political leaders and law enforcement agencies to aggressively patrol violations of COVID-19 public health rules and has publicly admonished sheriffs who refuse to enforce violations. He ordered a statewide crackdown on bars and restaurants as cases surged this summer after contact-tracing data indicated drinking and dining were a major source of community spread, said Cuomo spokesperson Jack Sterne.

In hard-hit counties and towns where political leadership rebuffed enforcement, the Cuomo administration deployed COVID strike teams composed of state inspectors — in some cases, retrained Department of Motor Vehicles employees — to monitor business violations of public health rules. Cuomo argues it has made a difference.

“Compliance on bars has increased dramatically from when we started,” he said in September, “because if you know someone is going to check, if you know there’s monitoring, people tend to increase compliance.”

In California, some counties are enforcing COVID-19 restrictions. San Diego County is dedicating six sheriff’s deputies to the cause and fines repeat violators up to $1,000.

“We’re supportive of enforcement here,” said San Diego County Sheriff’s Lt. Ricardo Lopez. “COVID-19 is exploding and our view is, let’s get this over with as fast as possible.”

Dr. Georges Benjamin, executive director of the American Public Health Assn., said the state, ideally, should develop a consistent statewide enforcement system that starts with warnings and a strong public messaging campaign, then moves to graduated fines if noncompliance continues.

Until that happens, leaders say, the patchwork of rules and enforcement strategies is causing confusion and chaos.

“People are continuing to disobey,” said Dr. Olivia Kasirye, Sacramento County’s health officer. “Some people are outright angry with us, asking why aren’t we doing something, but all we can do is refer problems to the state enforcement agencies.”

This story was produced by KHN (Kaiser Health News), which publishes California Healthline, an editorially independent service of the California Health Care Foundation. KHN is not affiliated with Kaiser Permanente.