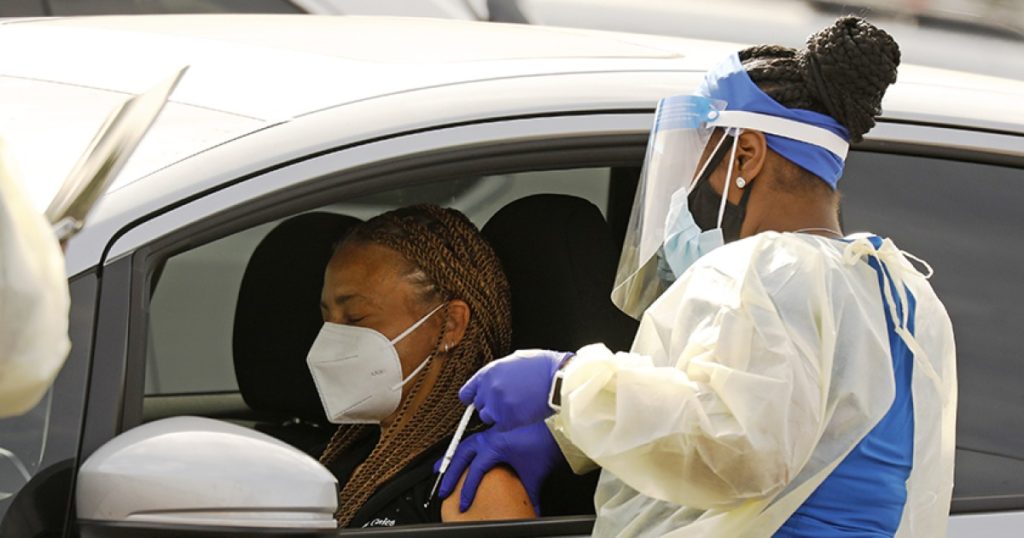 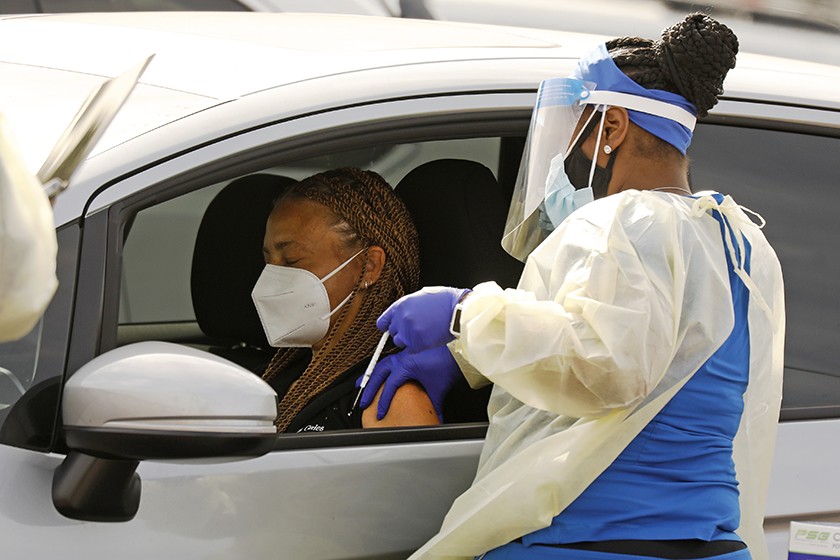 Counties across California are increasingly pushing back against the state’s new vaccination program run by Blue Shield of California, with Los Angeles County officials the latest to ask for the ability to opt out amid a bipartisan chorus of concern.

Further complicating the rollout of the state’s new venture with the insurance giant is a lack of buy-in from counties, with none of California’s 58 counties having signed the Blue Shield contract yet, according to representatives of urban and rural county advocacy groups and local government leaders. Despite that, the state began to move ahead with the changes Monday beginning in 10 counties.

“The hesitations and uncertainties span urban, suburban and rural parts of the state,” said Sarah Dukett, legislative advocate for the Rural County Representatives of California. “It’s not always the case that everyone is in the same boat. I hope the state is listening to that, but they really seem to be full steam ahead.”

Gov. Gavin Newsom announced in January that Blue Shield would take over as an independent overseer of California’s network of COVID-19 vaccine providers, a move that came as criticism mounted that the state was initially too slow in getting doses into the arms of residents. In an attempt to hasten delivery, Newsom said California would streamline the system under Blue Shield to create “more efficient distribution, speed, and equity and transparency with vaccines.”

Under an agreement signed Feb. 15, California began to outsource functions to Blue Shield that had previously been managed by public officials at the state and local levels. A separate deal allows for Kaiser Permanente to oversee doses within its own healthcare system and at additional vaccine sites independent of Blue Shield’s oversight.

On Friday, Blue Shield officials told the state’s Community Vaccine Advisory Committee that contracts with counties were being finalized, although no timeline was provided. It’s unclear how a potential impasse with counties would affect vaccine distribution in those areas. Blue Shield is scheduled to take full management responsibility for the statewide network by March 31.

Newsom cautioned on Thursday that the changes “just started this week; there’ll be other waves in the next couple weeks.” But a lack of support for the new system continues to pose a significant obstacle.

In a March 2 letter to Newsom, Los Angeles County Board of Supervisors Chair Hilda Solis and Chair Pro Tem Holly Mitchell asked that the county be exempted from Blue Shield’s oversight, requesting a similar carve-out as Kaiser Permanente. Solis and Mitchell wrote that Blue Shield officials “have not demonstrated they have an adequate understanding of the unique needs and features of Los Angeles County, its diverse population, and where our residents go for health care.”

Before the deal with Blue Shield was signed, Ventura County also asked the state to opt out of the system, saying insufficient supply, not poor oversight, was hurting vaccine distribution. State and Blue Shield officials told Ventura County that opting out was not an option, said Barry Zimmerman, chief deputy director for the county’s Health Care Agency.

San Joaquin, Riverside, Fresno, Imperial and six other counties are the first to come under Blue Shield oversight this week.

Last week, the San Joaquin County Board of Supervisors requested that the county’s counsel explore options for opting out of the “tremendous bureaucratic system” supervisors said would be implemented under Blue Shield.

“The terms of the contract and the ability to opt out are currently under review,” said Jolena Voorhis, deputy county administrator for San Joaquin.

Riverside County is reviewing the Blue Shield contract and discussing options with other counties, but a county official declined to elaborate further.

The University of California Health system signed the Blue Shield contract last week, but only after changes were made to it. University officials said Blue Shield initially sought an “expansive” amount of medical data.

One key concern for counties is a requirement in the Blue Shield contract that all vaccine providers use the state’s My Turn appointment system, which has been hammered this week by complaints of glitches and compatibility issues. County officials have complained that the scheduling system is unable to set aside vaccine appointments for people living in underserved communities, one of the key components of the state’s efforts to ensure doses are being distributed equitably.

In addition, using My Turn has created more work for some vaccine providers, requiring them to enter data twice — once in their own systems for billing and record-keeping, and a second time into the state’s new system. State officials promised to create an interface between the two systems; however, that could take weeks or months to develop, county officials said. State officials said Friday it’s scheduled to be completed in two weeks.

Smith said the requirement that vaccine providers use the state’s My Turn system, which he called “an inferior system controlled by Blue Shield,” is just another hurdle to equitably administering inoculations.

“We believe that would disable our current vigorous equity outreach program, leaving our highest-risk population to fend for themselves,” Smith said. “All we really need from the state is more vaccine. We don’t need a new and inferior delivery system.”

Los Angeles County Supervisors Mitchell and Solis said in their March 2 letter to Newsom that they have concerns that vaccine providers in vulnerable communities will be excluded from administering doses under the new contract, and noted problems with the required transition to My Turn.

Mitchell and Solis wrote that Los Angeles County has administered 95% of vaccine doses allocated to the county, which amounts to nearly 2 million doses as of Feb. 26.

The supervisors wrote that the county has been “limited by a scarcity of supply and variability in the amount of vaccine received from week to week.” The county has the ability to administer 500,000 vaccines a week, they said, but available doses have limited appointments to 270,000.

The supervisors added that there is a lack of transparency in the calculation for determining how many doses a county receives, and in who is making the decision and what factors are being considered.

Under Blue Shield’s contract with the state, the insurer will create an algorithm to determine where to allocate COVID-19 vaccines statewide.

When the contract was released, Mitchell called the concept of relying on an algorithm “extremely concerning.”

Meanwhile, the state announced Friday that it had surpassed 10 million vaccinations, with 1.67 million doses administered in the last seven days. It’s too early to attribute that uptick to changes under Blue Shield, a spokesperson for the California Department of Public Health said.

“Our aim is to enhance the state network to support the state’s goal to increase its capacity and be able to administer 4 million doses a week — and we are well on our way to meeting that milestone,” Conner said in a statement.

Conner said the vaccine provider network being created under the new system includes clinics in underserved areas, hospitals, medical groups and pharmacies. The Times’ request to the California Department of Public Health for a list of vaccine providers that have signed on to be part of the system under Blue Shield was forwarded to the insurance company, which declined to provide the information.

Instead, Conner said in a statement that the company “will provide more updates on the status of the network in the coming weeks.”