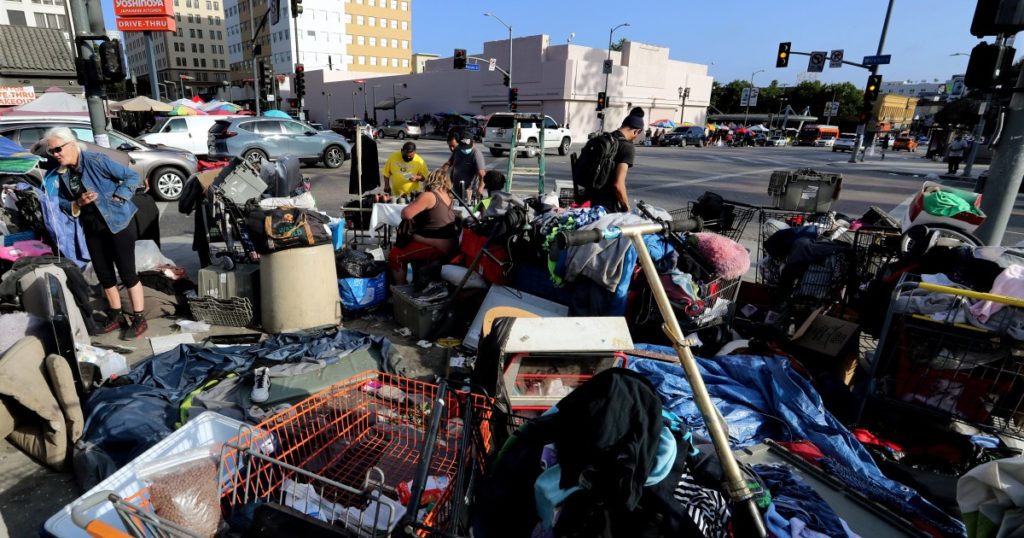 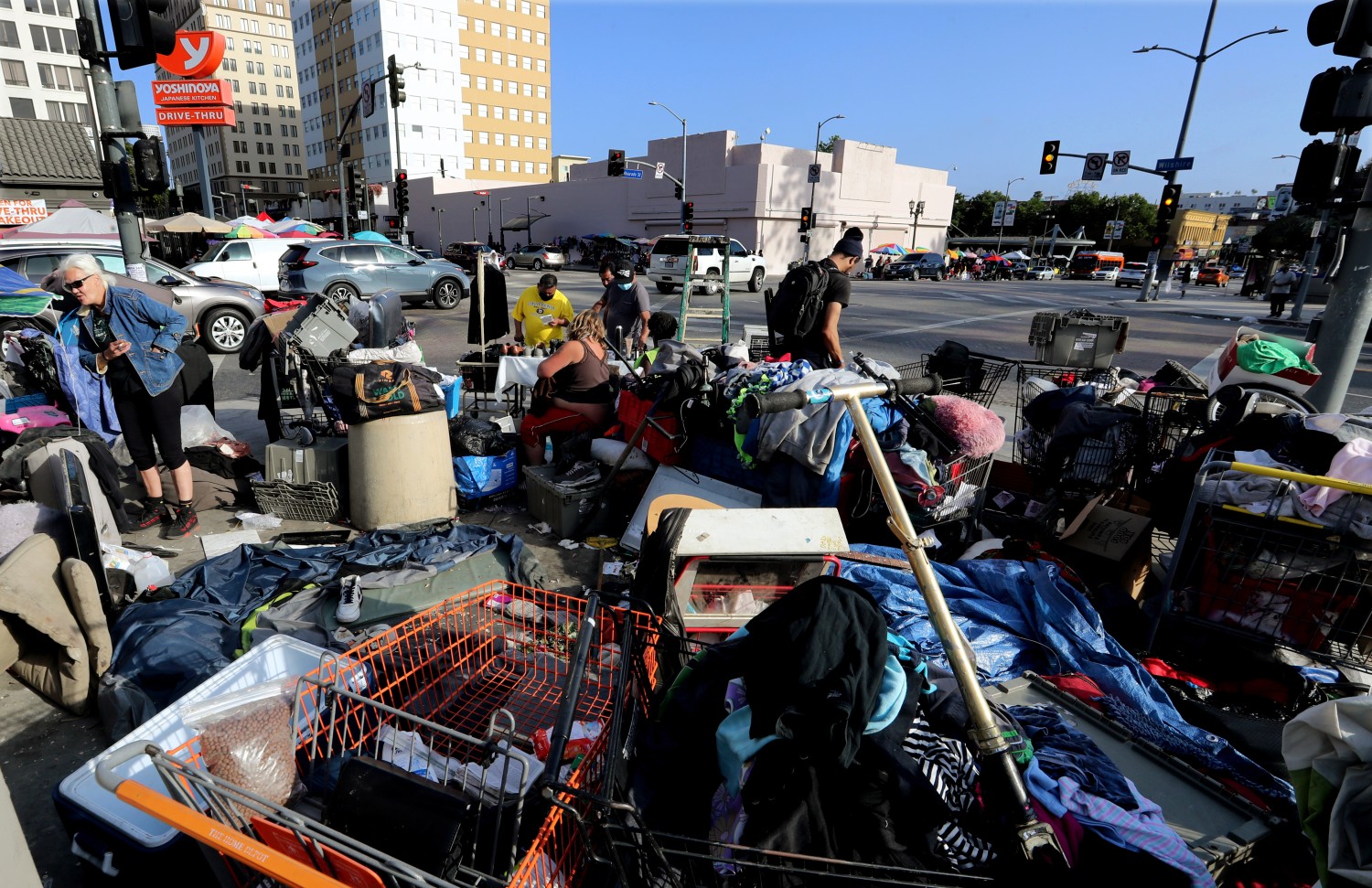 California will spend a record $4.8 billion over two years to alleviate homelessness after legislators Thursday unanimously passed key details of a new state budget. The package, once signed into law by Gov. Gavin Newsom, will mark the state’s largest financial commitment to date in assisting people without adequate and safe housing.

Appropriation and oversight details were released this week as part of a lengthy process to divvy up a $262.6-billion state budget boosted by a record cash surplus and federal pandemic relief.

“Big city mayors have been longing for a day like this,” said Sacramento Mayor Darrell Steinberg, who has served as an advisor to Newsom on homelessness issues. “We are enormously grateful to the governor and to the Legislature for making homelessness a priority by consistently providing direct allocation to cities and counties.”

Beyond helping those who are homeless, the new state budget includes $10 billion in spending on housing, including $1.75 billion for affordable housing construction and millions in rental assistance, foreclosure prevention, mortgage assistance and first-time homeowner help.

An estimated 160,000 Californians are homeless, according to official — but inexact — counts, a population that has grown by more than 39% over the last five years and disproportionately affects low-income Black and Latino people.

As the number of individuals without housing and living in deep poverty has risen in recent years — not just in California’s urban centers but also in small and rural communities — state assistance steadily increased and amounted to $1.5 billion total over the last three years.

Here’s how the new money will be spent.

Also known as the Homeless Housing, Assistance and Prevention program, cities, counties and local public-private homeless services groups will receive $1 billion over the next 12 months and an additional $1 billion in the fiscal year that begins the following July.

The money can be used for any combination of homeless programs, such as rental subsidies, permanent housing and shelters.

Cities with at least 300,000 residents will receive a total of $336 million in each of the two years while public-private efforts, known as “continuums of care” will get $240 million and California counties will receive $224 million of the total funding. For the first time, Native American tribes can also receive up to $20 million.

Most allocations will be based on the size of a community’s homeless population, calculated during 2019 point-in-time counts — a survey sometimes criticized for being inexact but the last one taken before the onset of the COVID-19 pandemic.

No city can receive more than 45% of the money, a cap that will reduce Los Angeles’ share by $13 million but meant to preserve money for smaller cities with less established infrastructure to serve homeless people. Of the state’s 13 largest cities, the largest allocations will go to Los Angeles ($143.6 million), San Jose ($29.2 million) and San Diego ($27.3 million).

New oversight measures will come with the money.

Agencies must apply by Sept. 15 to receive a 20% allocation of the funds. But to collect the rest, cities and counties must submit action plans to the state Homeless Coordinating and Financing Council by June 30, 2022. That plan should detail the size and scale of a community’s homeless population, demographic data about who is being served and expected outcomes over a three-year period.

Local officials will be required to demonstrate whether they have met their outcome goals by June 2025. Those communities that do will be eligible for a share of $100 million in bonus funds.

The budget authorizes $1.45 billion in the current fiscal year and $1.3 billion in 2022-23 in federal American Rescue Plan dollars to the second phase of Project Homekey, a program launched by Newsom amid the pandemic that offered cities and counties $750 million in federal coronavirus-relief funds to purchase hotels, motels and other vacant buildings and to convert them into interim and permanent housing.

The new money will be used for the acquisition of single-family homes, residential care facilities or manufactured housing, as well as the leasing of properties and the conversion of units to residential space. To date, the program has created nearly 6,000 new units at 120 sites across California, and state officials say the costs have been roughly half the per-unit development cost of new construction.

Tim Lawless, a branch chief at the state Department of Housing and Community Development, said costs-per-unit will probably rise due to increased expenses for labor, lumber and land.

“We’re finalizing the target number, which of course will be quite a bit higher than [the first year] given we’re talking about three times the funding,” he said.

The spending plan includes $150 million this year for Project Roomkey, the program launched in March 2020 to temporarily shield homeless people from COVID-19 by moving them into vacant hotel rooms. The program was largely phased out after it fell short of ambitious goals.

The budget also establishes a program to provide $40 million in one-time grants to address family homelessness, prioritizing jurisdictions that demonstrate collaboration across funding streams. And it will provide $50 million for locals to address concerns over homeless encampments in particular with extra help to transition individuals into housing.