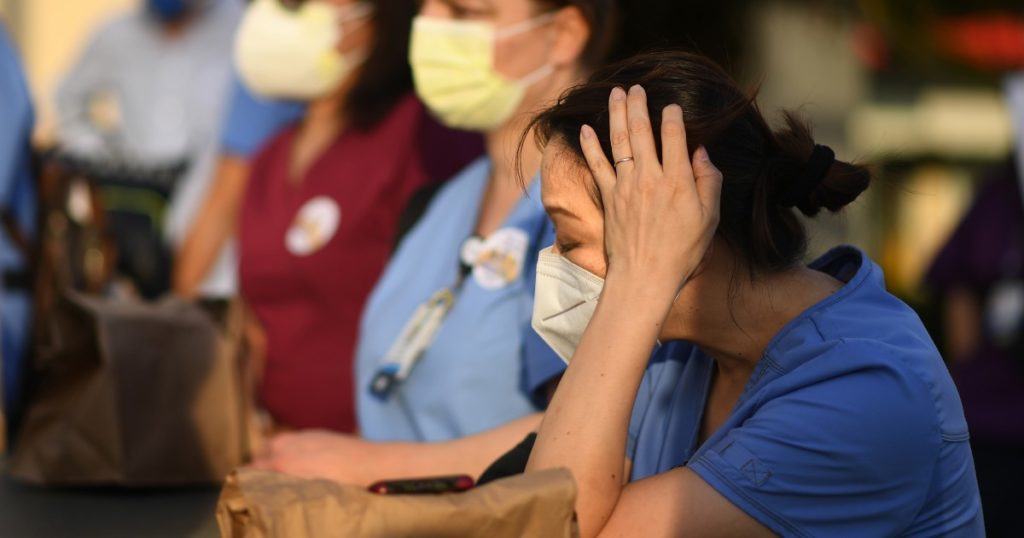 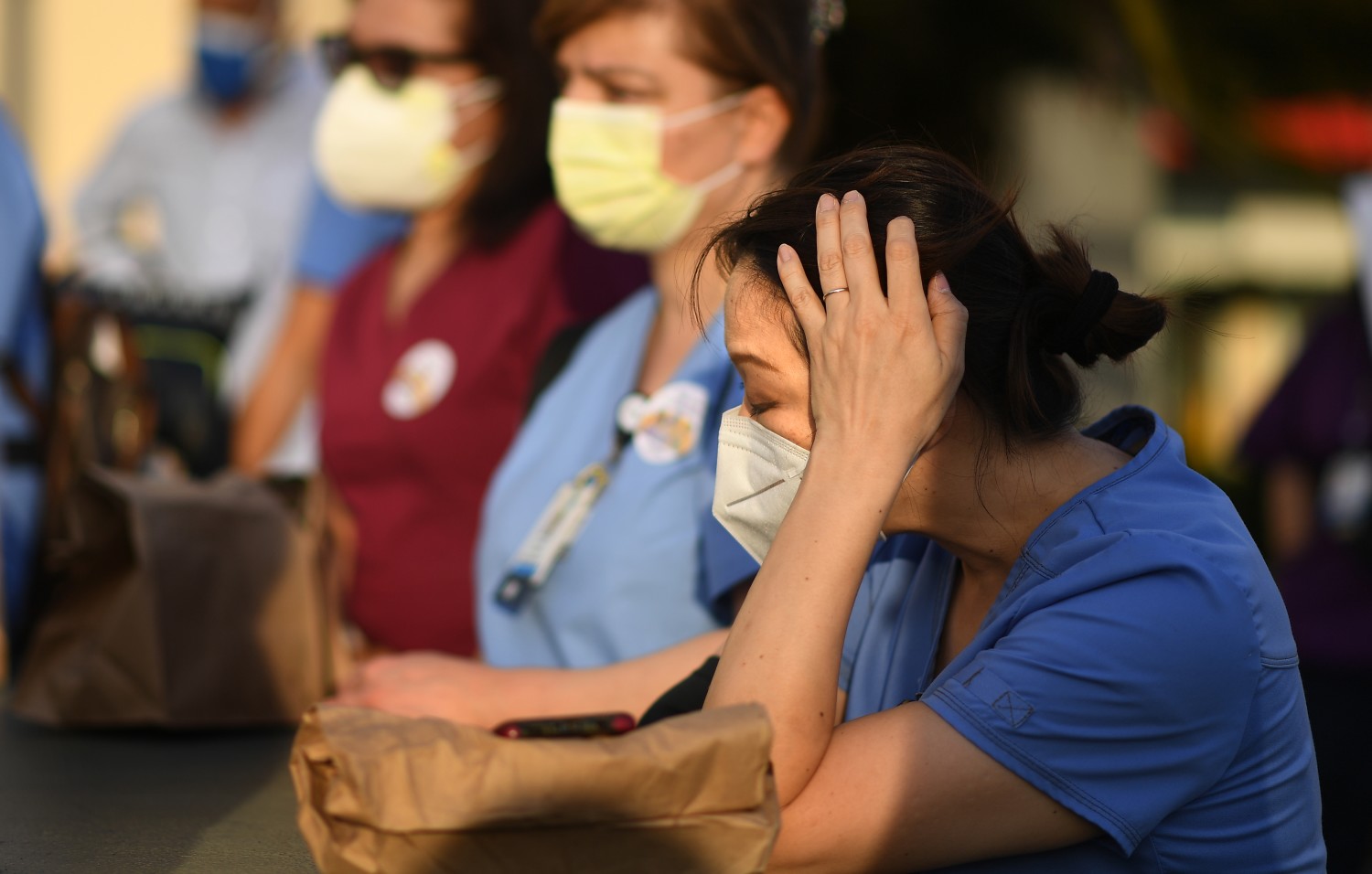 California lawmakers are considering legislation that would require hospitals, clinics and skilled nursing facilities to pay medical professionals $10,000 in “hero pay” for their work during the COVID-19 pandemic.

But some employers and business groups have bristled at the $7-billion price tag, calling the bill “dangerous and costly.”

Assembly Bill 650 by Assemblyman Al Muratsuchi (D-Rolling Hills Estates) would award bonuses in four equal payments of $2,500 during 2022, with smaller bonuses for those who work part time. The pay would be spread out in hopes that the cash would entice healthcare workers to remain in their jobs, said the bill’s main proponent, the Service Employees International Union California, a labor union whose membership includes healthcare workers.

“We had the privilege of working from the safety of our homes. Our front-line healthcare workers day in and day out had to go on the front lines of this pandemic and go into combat against this horrific virus,” Muratsuchi said. “They went to work putting themselves at risk on a daily basis to take care of our families, our loved ones, those among us who suffered and died from this terrible virus.”

The bill faces a vote in the Assembly this week. If it passes, it will then head to the Senate for consideration.

Under the legislation, hazard pay bonuses would be paid next year on Jan. 1, April 1, July 1 and Oct. 1 to each healthcare worker who qualifies. If an employer already gave workers bonuses during the pandemic, that could be subtracted from their employees’ cash awards. The bill exempts small healthcare providers with fewer than 100 employees.

Hospitals estimate that the bonuses in the bill would cost them $4 billion statewide, according to an Assembly analysis of the bill.

“We have had to make monumental operational changes that have crippled our hospitals’ finances,” Hawthorne said.

Amendments made Tuesday to the bill allow a healthcare employer to seek an exemption by declaring under punishment of perjury that they can’t afford to pay the bonuses to employees.

The California Chamber of Commerce included the bill on its annual “job killer” list that highlights laws that corporate interests say will hurt employment and the economy. The California Medical Assn., which lobbies for doctors in the state, also opposes the bill.

Valerie Lakey, a spokeswoman for Mayers Memorial Hospital District in Shasta County, said the bill would require healthcare providers to award bonuses even if the employer offered additional benefits during the pandemic, such as childcare assistance.

“Additional expenditures for us would only mean reduced services,” Lakey said. “The additional cost of AB 650 would place a heavy financial strain on our facilities and many other small facilities like ours.”

But supporters argue that the cost of not providing the pay could be steep. They say burnout from the pandemic has resulted in much-needed healthcare workers leaving their jobs. Roughly 30% of healthcare workers have considered leaving their profession and more than half say they are burned out, according to a Washington Post-Kaiser Family Foundation poll released in April.

“This pandemic has been hell on us,” Gisella Thomas, a respiratory therapist at Desert Regional Medical Center in Palm Springs, said at an Assembly hearing in April. “We are starting to see a light at the end of the tunnel, but the collective physical, emotional and psychological impact will forever-ever-ever stay with me and with us. Healthcare workers deserve recognition for what they are going through and went through.”

The bill at first applied only to private sector healthcare workers before it was expanded to include public hospitals and University of California medical workers amid bipartisan criticism that it left some healthcare workers out.

The state’s share of the cost for healthcare-worker bonuses is significant. The California Assn. of Health Facilities, the trade group representing skilled nursing facilities, estimated a cost of $924 million to Medi-Cal, the state’s healthcare program for low-income residents, to reimburse skilled nursing facilities for the bonuses. It’s possible half of that would be covered by matching federal funds, proponents of the legislation point out.

Additional costs to Medi-Cal are unclear, according to a bill analysis.

Kerry Jacob, a spokeswoman for Muratsuchi, said the $7-billion price tag is a fraction of the federal dollars that have been sent to healthcare systems during the pandemic.

“Given the significant federal support and billions of dollars in investment income made by many of these systems, we believe that it is critical that this one-time windfall is shared with front-line caregivers to recognize and help retain the healthcare workers who have been called heroes,” Jacob said.