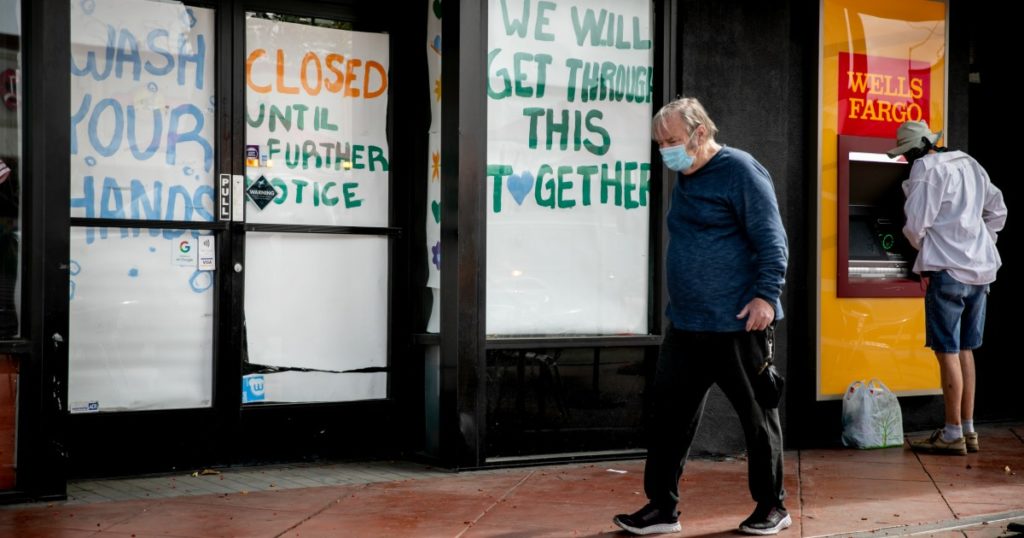 Banking can be expensive, especially for low-wage workers.

A score of California lawmakers has signed on to a new bill designed to offer Golden State households free financial services, taking on the state’s powerful banks at a time when easier access to banking services could help families cope with the economic fallout of the COVID-19 pandemic.

“The bill creates a way for Californians to bank without paying exorbitant fees — money that could be used for food and rent or rebuilding from the economic devastation wreaked by the pandemic,” said Assemblyman Miguel Santiago (D-Los Angeles), a lead author of the measure, Assembly Bill 1177.

The plight of the “unbanked” and “underbanked” is under new focus as the nation seeks to address the economic and racial inequities that have grown during the COVID-19 pandemic.

Support for government banking initiatives, backed by such groups as the California Reinvestment Coalition and the California Public Banking Alliance, has risen since the 2007-08 financial meltdown and the recent Wells Fargo scandal.

The San Francisco bank was assessed $3 billion to settle criminal charges and a civil action after boosting profits with millions of fake checking, savings and credit card accounts opened without customers’ consent.

Like the federal legislation, BankCal would “break the mold of private banker control over access to financial services for people who have been left out,” said Ellen Brown, chair of the Public Banking Institute, a national think tank in Santa Clarita. “It reflects the concept that banking is a public utility that should be in the hands of the people.”

AB 1177 is scheduled to be heard before the Assembly Banking and Finance Committee on April 29. The California Bankers Assn. opposes the bill, saying many of the state’s nearly 150 financial institutions already offer low-cost banking options.

Pointing to revelations this year of an estimated $30 billion in pandemic-related unemployment fraud and “antiquated technology” at California’s Employment Development Department, the group issued a statement asking: “Somehow, we should support the idea of the state getting into the very complex business of banking?”

Individual institutions — including Banc of California, Bank of the West, Wells Fargo and Bank of America — declined to comment on the legislation.

Although BankCal would be available to any California resident, it would most likely be used by low-income families that find it difficult to open accounts or qualify for no-fee credit cards, backers said.

A 2019 survey by the Federal Deposit Insurance Corp. found that 15% of Black households and 13% of Latino households in California didn’t have bank accounts, compared with less than 1.5% of white and Asian households. The survey showed similar disparities nationwide.

Race is also a factor for the underbanked: households that have a bank account but often rely on money orders, check cashers and high-interest payday loans because of a lack of affordable bank services and convenient branches, or because of language and cultural barriers.

Federal officials found that in addition to those without any bank account, about a quarter of Latino and Black households in California were underbanked. By contrast, 13% of white households and 11.5% of Asian households were in that category.

Although BankCal is aimed at basic consumer services, progressive activists are also pushing for cities to create publicly owned banks that would lend money at below commercial interest rates for businesses, infrastructure, affordable housing and other municipal projects. Only one state — North Dakota — has a public bank, which has operated successfully for more than a century.

In 2018, Los Angeles voters defeated a public bank ballot measure that was criticized as vague and susceptible to political influence. But in 2019, California became the first state in the nation to create a legal framework for cities to open public banks under Assembly Bill 857. San Francisco and Los Angeles officials are now studying the possibility, and eight states are considering similar bills.

Trinity Tran, co-founder of the California Public Banking Alliance, said public banking was a little-known concept until recently but has now catapulted into the political sphere.

BankCal does not create a government-owned bank, but it is part of the same “ecosystem … democratizing finance,” she said. “BankCal provides a passport for Black, brown, immigrant, low-income workers who have been excluded from the financial system.”

A nine-member public board staffed by the state treasurer’s office would oversee the program, contracting with financial institutions such as credit unions. The platform would not offer loans but could connect users to lenders it certifies as offering low-cost terms.

The bill’s authors estimate the program would cost the state up to $5 million a year for as long as six years or until some 100,000 Californians have signed up. By that point, they say, it would be self-sustaining through merchant swipe fees from debit card purchases.

One goal would be to eliminate traditional barriers. In the FDIC’s 2019 survey, 49% of unbanked households cited an inability to meet minimum balance requirements as one reason for not having a bank account. About a third said fees were too high and unpredictable.

A 2018 study by academics at New York University and the University of Kansas found that minimum opening deposit terms were higher in majority Black neighborhoods than in white areas, and the balance required to avoid fees was also higher.

AB 1177 would require California employers with five or more employees to arrange direct paycheck deposits to BankCal accounts — eliminating the need for low-wage workers to use check cashers, which can legally charge fees of up to 12%.

Public benefits could be electronically deposited into BankCal accounts. “During the pandemic, we witnessed the need for rapid distribution of stimulus and unemployment payments and the broken systems incapable of delivering timely relief,” said Holden Weisman, a policy expert at Prosperity Now, a Washington nonprofit. “BankCal would significantly improve access for vulnerable families.”

By offering electronic bill payment, BankCal would relieve low-wage workers of the need to travel, often by public transportation, to pay bills in person.

“I cash my paychecks at a store half an hour from home, that I have to take a bus to get to, with my 2-year-old and 7-year-old,” said Sofia Lima, a San Francisco fast-food worker who spoke in Spanish at an online news conference organized by BankCal backers.

She pays $12 to cash each paycheck and takes hourlong bus trips to pay rent and half-hour trips to pay her phone bill using money orders, she said. “Paying bills without a bank account is hard. But banks don’t make it easy to sign up for an account or to keep one.”

Reliance on such alternatives consumes as much as 10% of the average income of underbanked households, or more than $2,400 a year, according to one federal study.

BankCal backers say the measure could also help undocumented immigrants who have encountered citizenship questions when trying to set up accounts. An estimated 1.7 million California workers, about 1 in 10, lacks legal status.

They also point to the success of another state initiative aimed at bolstering the finances of low-wage workers, CalSavers. The program, which took effect last year, requires companies without retirement programs to enable payroll deductions for employees to enroll in a state-sponsored IRA. So far, workers have saved $55 million.

California’s largest labor organization, the Service Employees International Union, with 700,000 members, has joined the public banking alliance and the reinvestment coalition as a BankCal co-sponsor, making its passage more likely.

“BankCal will be life-changing for families who live paycheck to paycheck,” said Joseph Bryant, president of SEIU Local 2021.

“Folks turn to prepaid debit cards and pay a monthly fee whether they use it or not, and a transaction fee for every time they do use it to pay basic bills, and sometimes they’re charged just to check their balance,” he said.