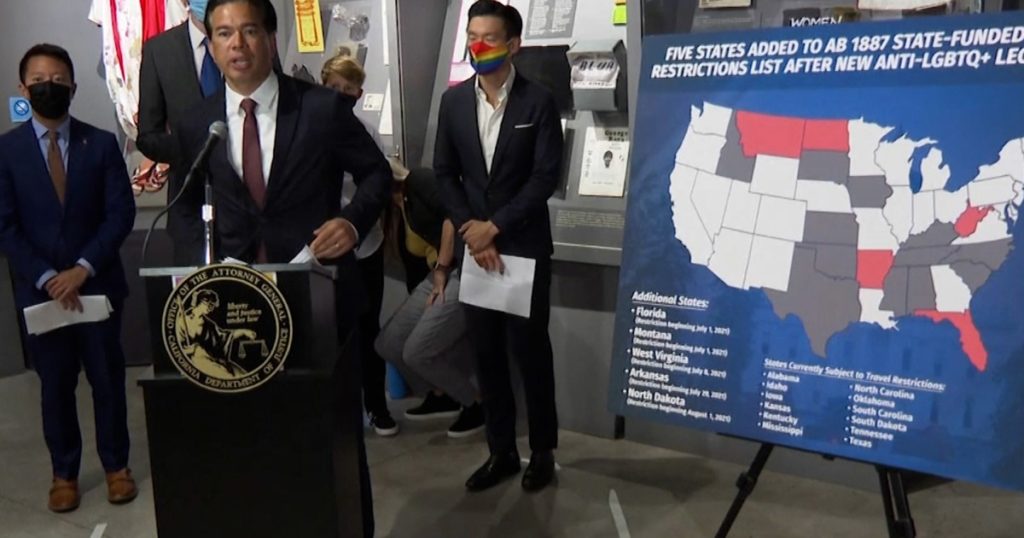 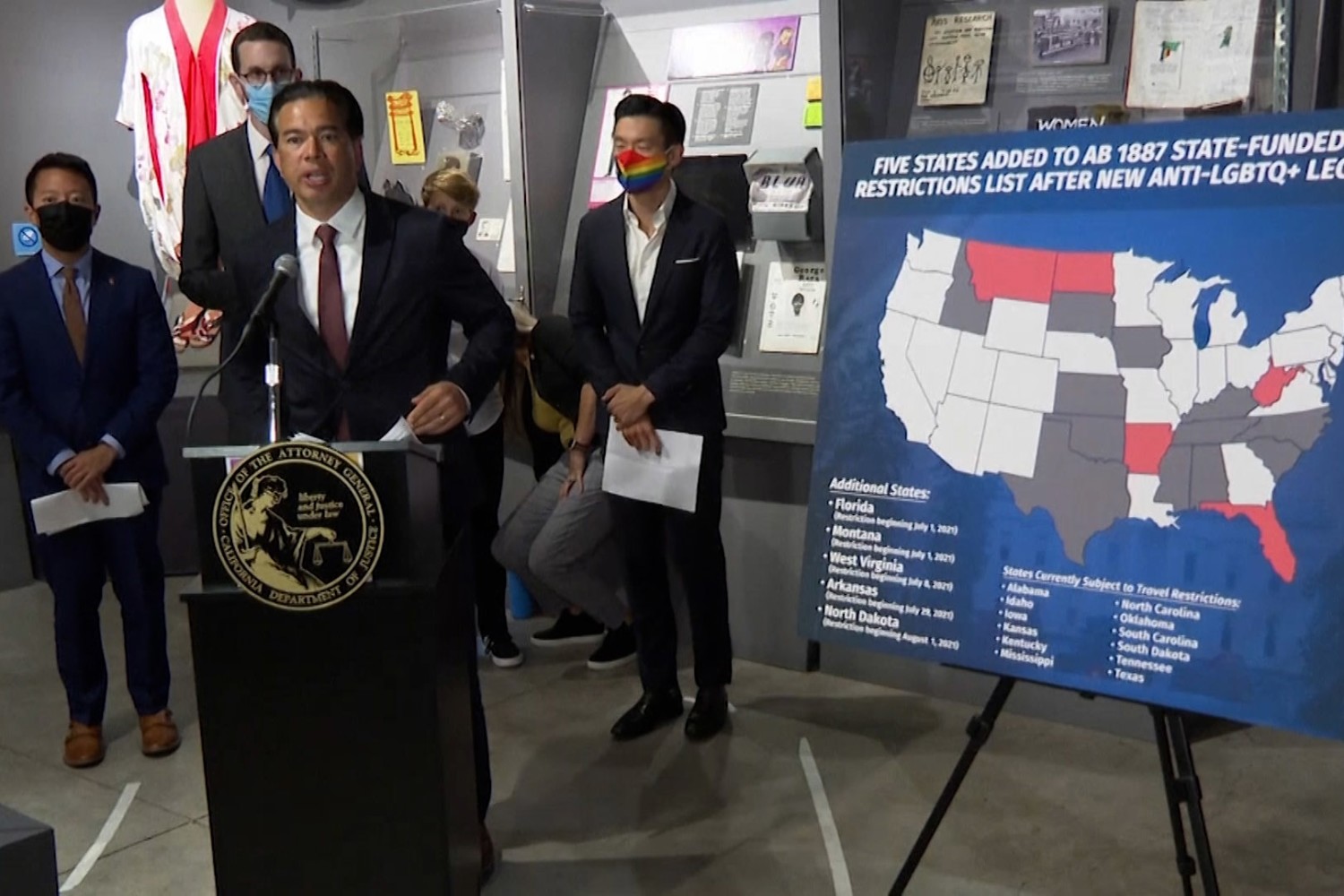 Deep-pocketed backers of criminal justice reform have poured money into the campaign of progressive California Atty. Gen. Rob Bonta ahead of next year’s election, helping him build a significant lead in fundraising over a handful of challengers with more traditional law-and-order platforms.

Bonta’s attorney general campaign reported raising $1.6 million in contributions since he was appointed this year by Gov. Gavin Newsom to become the state’s top cop, according to a financial disclosure report he filed Monday. He also has an additional $2.2 million in an Assembly campaign account that he can use for the statewide contest, a spokesman said.

At the same time, several law enforcement groups are lining up to support the campaign of Sacramento County Dist. Atty. Anne Marie Schubert, a former Republican who is running as an independent for attorney general.

She reported bringing in $998,000 during the first six months of this year, more than a third of it transferred from her district attorney campaign account.

Former federal prosecutor Nathan J. Hochman, a Republican, reported raising $811,900 for his campaign ahead of the November 2022 election.

The showdown over the future of California’s attorney general’s office is happening at a time when the state is experiencing a rise in crime, including homicides and shootings.

The contest is also heating up a year after the police killing in Minneapolis of George Floyd, a Black man, sparked demonstrations for criminal justice reform, noted Tom Hogen-Esch, chair of political science at Cal State Northridge.

“It will be an interesting test of where voters are in California, whether they are still feeling like we need to invest a lot of resources in police reform and oversight from the state attorney general’s office, or whether we’re going to go back to the default tough-on-crime positions,” Hogen-Esch said.

Two other Republicans are also running for attorney general: Eric Early, a Los Angeles attorney who has raised $235,400, and Steven Bailey, a retired El Dorado County judge, who brought in $11,700 during the first half of the year. Both also ran for the office in 2018. In addition, Early ran unsuccessfully last year against Rep. Adam B. Schiff (D-Burbank).

Bonta was a Democratic Assembly member before he became attorney general in April after Xavier Becerra became secretary of Health and Human Services in the Biden administration.

In the Legislature, Bonta was co-author of a bill to decertify police officers for misconduct, was an outspoken opponent of the state’s death penalty and won passage of a law to end cash bail for many crimes, although voters overturned the measure last year.

As attorney general, Bonta has ushered in changes that include the creation of a Racial Justice Bureau to target biased policing and has set up a new unit to investigate fatal police shootings of unarmed civilians.

Activists seeking to overhaul the criminal justice system are looking to build on the success they had in electing progressive Dist. Atty. George Gascón in Los Angeles County and Dist. Atty. Chesa Boudin in San Francisco, while also protecting those gains against petition drives to recall the two county prosecutors from office.

“Progressive prosecutors and attorneys general are proving that the best way to keep communities safe is to push for a more equal justice system,” said Anne Irwin, director of Smart Justice California, a group that has provided contributions supporting Gascón and Boudin, and now is doing the same for Bonta.

She said the attorney general “has long been an advocate for smart reforms, which is why we’re so passionately committed to ensuring he is elected to a full term.”

Irwin’s group is largely financed by a group of wealthy supporters of change to the criminal justice system, most with ties to Silicon Valley.

Smart Justice California has received $127,000 this year from Santa Cruz philanthropist Patty Quillin, the wife of Netflix CEO Reed Hastings. The same amount was contributed by Liz Simons, head of the reform-oriented Marshall Project and the daughter of a hedge fund billionaire.

Quillin, Simons and Kaitlyn Krieger each contributed the maximum $16,200 allowed to Bonta’s campaign.

Schubert said voters should worry that some of the same groups backing Bonta helped elect county prosecutors who she said are not prioritizing public safety and victims’ rights.

“They are rogue prosecutors,” Schubert said. “If you look at what’s going on in Los Angeles and San Francisco, we are seeing the destruction of the [criminal justice] system. We need to have a system that is not simply about weakening the consequences of crime, that holds people accountable.”

Bonta, she said, is “cut from the same fabric” as Gascón and Boudin.

Hochman also took aim at the incumbent, saying in a statement that “Bonta continues to accept contributions from the same special interests who gave us failed DAs like George Gascón and Chesa Boudin.”

Asked about the criticism, Bonta campaign manager Dana Williamson said that the attorney general is in a strong position with significant support.

“He has a broad coalition of Democrats and independents who are backing his campaign, while both Hochman and Schubert are competing for the same Trump donors and GOP support,” Williamson added.

Groups that contributed so far this year to Schubert’s attorney general campaign include the deputy sheriffs’ associations in Sacramento and Placer counties and the San Francisco Police Officers Assn. The police group gave $16,200 to Schubert.

In all, Schubert reported money from more than three dozen individual law enforcement officers, prosecutors and police groups, but most of the contributions were made previously to her district attorney campaign and transferred to her new state account.

Bonta also received contributions from state and city attorneys, public employee unions and businesses including several casinos, which are regulated by his office. The first Filipino American to hold his job, Bonta was given a flood of campaign checks from the Asian American community, including a donation from actor and activist George Takei.

In addition, independent expenditure campaigns have been formed recently to separately support Bonta and Schubert.

A committee supporting Schubert called Public Safety Leaders and Victims has reported just $25,000 so far, while another group called Communities for Justice, whose leaders include Irwin, is supporting Bonta but has not yet reported any contributions.

Some observers say the political climate in California appears to be changing, creating a challenge for the attorney general.

“Violent crime is up, so public opinion is starting to swing in favor of ‘tough on crime’ policies,” he added. “Progressives are in a tough spot.”

He noted that reform groups favor an end to the death penalty and cash bail, but that voters in recent years passed a ballot measure to expedite capital punishment and rejected a measure to end cash bail.