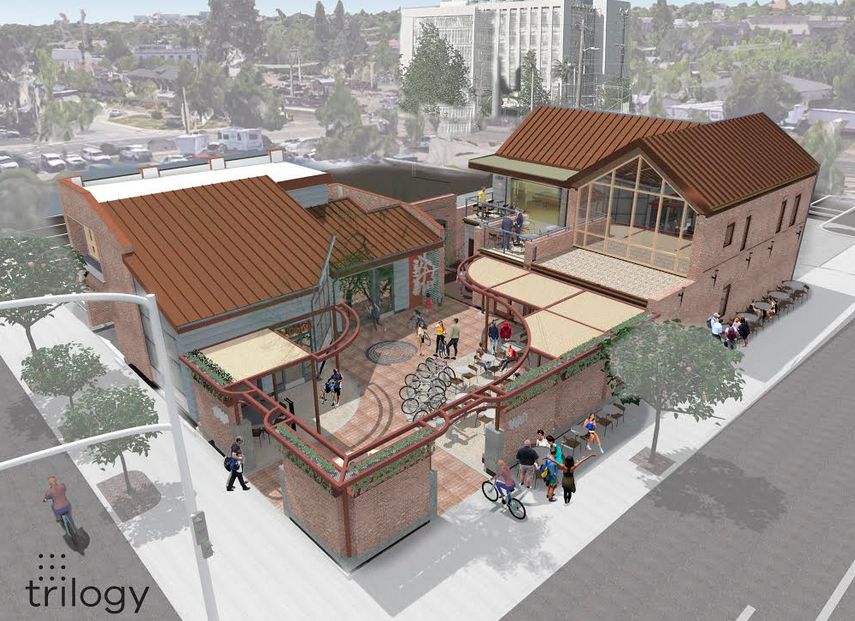 Over twenty nonprofits, transit agencies, and tribal governments were awarded up to $1 million each under the new Clean Mobility Options program, funded by California’s cap-and-trade system. The grants will bring clean transportation options – including electric bike-share, car-share, and transit – to low-income communities where resources are limited and exposure to pollution and traffic tend to be high.

Among the communities awarded grants is almost $1 million to Rancho San Pedro, near the L.A. ports, which houses over 1,400 residents in an affordable community. The Los Angeles Cleantech Incubator partnered with the Housing Authority of the City of Los Angeles (HACLA), which operates the housing, to create an electric bike-share program for the residents. The grant will also allow the partners to extend an electric car-share pilot project they have been running for the last year or so at Rancho San Pedro.

The e-bikes will be available to residents at four hubs within the Rancho San Pedro complex, and they will be able to use them to more easily access nearby services and shopping. “We expect they will be used for trips of less than five miles,” said Meg Arnold, Senior Vice President with Cleantech Incubator. When the project planners asked residents what they need, they found that people wanted more transportation options to get to nearby shopping, to do errands, and to get to afterschool programs.

The existing car-share program maintains two electric vehicles for residents’ use at the complex, and the e-bikes will expand those options.

“We see this as a fabulous service for this community,” said Arnold. “We are delighted to be in partnership with HACLA, and to provide this value on the ground to this community. But we also see this as a specific model for something that could have much broader applicability statewide,” she added.

Another project that received a $1 million grant is the first bike-share program for Redding–and the first in California north of Sacramento. Downtown Redding has a high proportion of low-income residents, and is home to two of the largest housing projects funded by the Affordable Housing and Sustainable Communities program from the California Strategic Growth Council.

The Clean Mobility Options grant will fund seventy bikes and stations within the downtown area, increasing the clean travel options for residents and workers there. The bike-share program will be run by Shasta Living Streets, a local nonprofit that worked with the McConnell Foundation to plan the kind of bike-share system that would work best for Redding. Now that they have been awarded this grant, they can begin looking for a vendor and iron out the details.

Anne Thomas of Shasta Living Streets and Rachel Hatch of the McConnell Foundation have already done a lot of work looking into such questions as how a nonprofit runs bike-share (there are examples across the nation) and which vendors can provide flexible, small-scale stations that will work in the downtown setting.

“This is new for our city, and I think it’s going to be transformational,” said Thomas. The city is about to complete a five-mile downtown loop connecting to the existing river trail – “something we started talking about fifteen years ago!” said Thomas.

“We already have people biking,” she said, “and when we get bike-share, I think it’s going to explode in terms of the number of people who see biking as a real option. Redding is already a place people come to to be outside and active,” she said. Bike-share, along with the soon-to-launch downtown bike depot “will hang the welcome sign out for bicyclists.”

“It seems intangible,” but the long-planned bike depot “will be key” to the successful running of the bike-share, said Thomas. Bike-share users, especially new users and new riders, will benefit from proximity to the hub and the help that will be available there.

The Clean Mobility Options grants are funded by California Climate Investments, formerly known as the Greenhouse Gas Reduction Fund, which receives its funding from cap-and-trade. Various agencies, including the Air Resources Board, CALSTART, the Shared-Use Mobility Center, GRID Alternatives, and the Local Government Commission administer the grants. There are two types of grants: for planning and needs assessments and for projects. Both are aimed at improving clean mobility options within under-resourced communities, which tend to be subject to outsized health and safety impacts from pollution, traffic, and climate change.

“Disadvantaged communities bear a disproportionate burden of pollution and climate change impact,” said Arnold. “That’s why we are working in communities like Rancho San Pedro, and also why this work is a powerful complement to the work we and many others are doing to reduce emissions in the nearby ports. Both are an approach to addressing localized community needs, while also addressing the larger picture within the ports.”

These recently announced grants are for fiscal year 2020 funding. More information, and updates on future funding, can be found here.