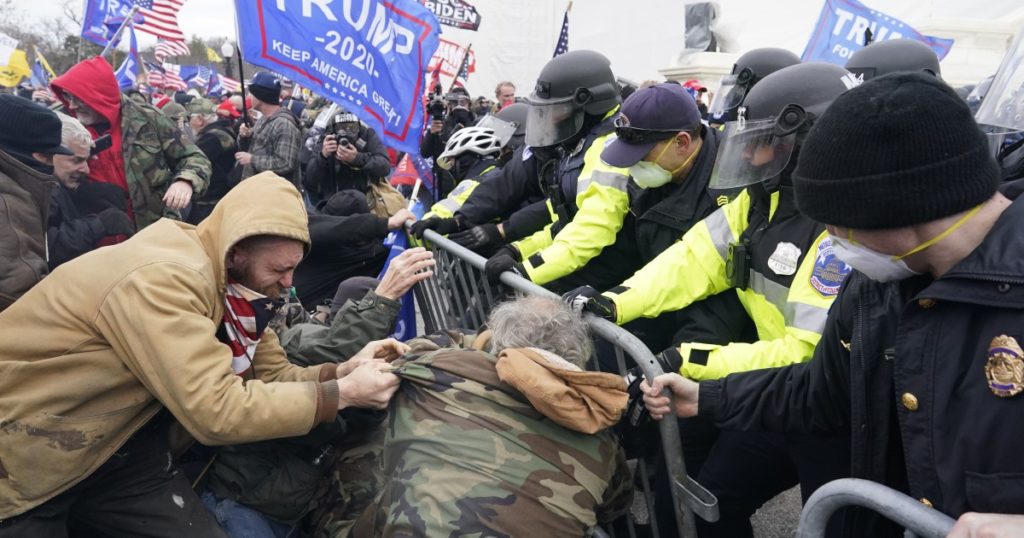 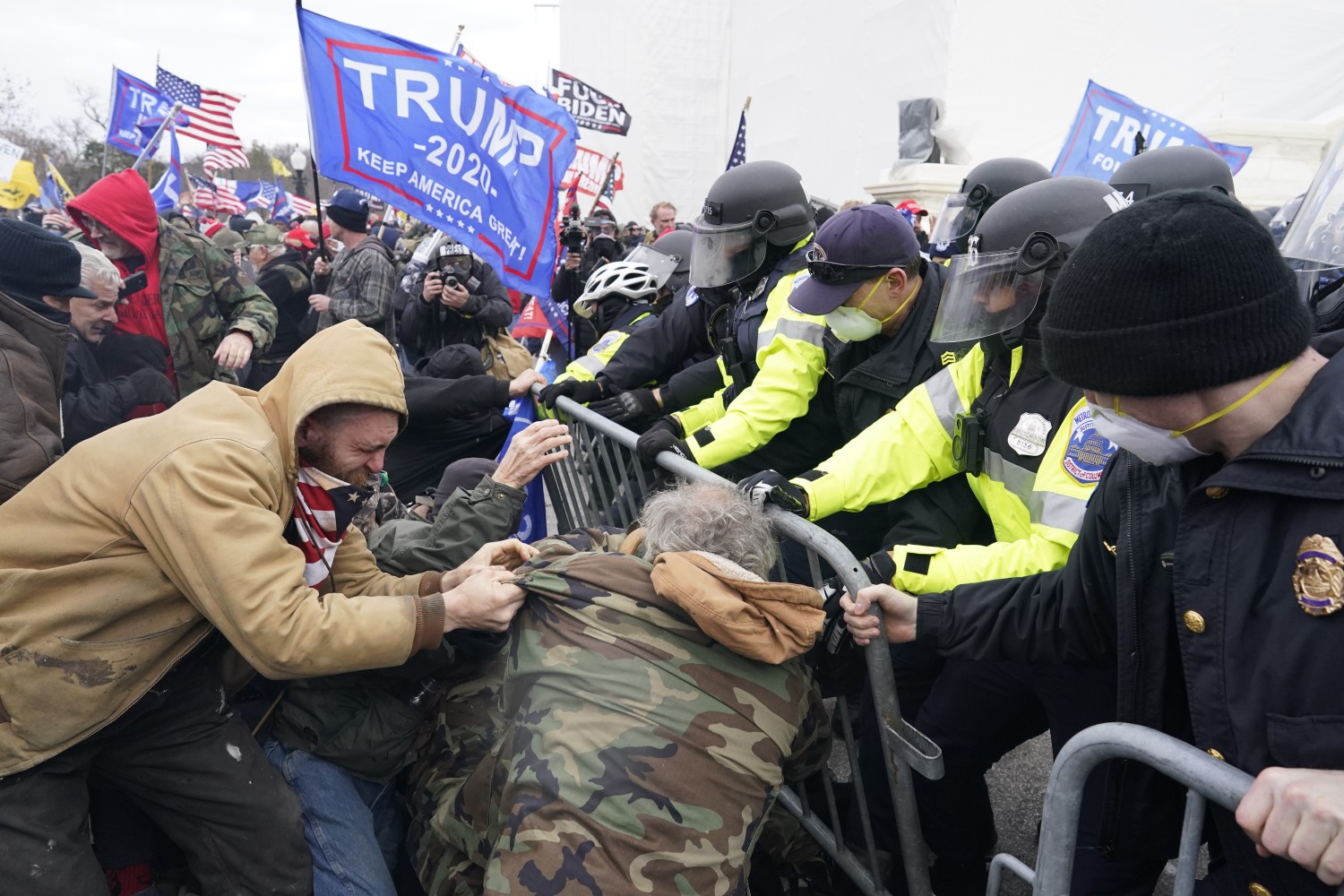 Four years ago, after taking the oath of office, President Trump delivered a pitch-black inaugural address that vowed to end the “American carnage” under his predecessor.

That darkness Trump spoke of, a figment of his fevered imagination, came to pass Wednesday, a product of the president’s delusion, egoism and deliberate provocation.

As tens of thousands lie dying from a pandemic worsened by the president’s self-centered response to COVID-19, Trump supporters stormed the U.S. Capitol and invaded the Senate chamber in a bid to overturn the results of November’s free and fair election.

Police drew their guns. Lawmakers ran and hid. Tear gas wafted through the Capitol’s hallways, amid statues dedicated to the men and women who helped build what Americans fancy as the greatest democracy the world has ever seen.

For those watching, its fragility never seemed more apparent.

Among those aiding and abetting the president, as he has with a consistently blind eye, was the leader of Republicans in the House, Rep. Kevin McCarthy of Bakersfield.

Shocking though it was, the chaos — or, rather, insurrection — shouldn’t have been surprising.

Trump has long suggested he would not accept the results of an election that ended in his ouster. He has spent the last several weeks since Joe Biden’s clear, unequivocal victory not doing the job he desperately seeks to cling to, but rather subverting the very government Trump is supposed to lead.

“We will never concede,” he said at a rally that helped usher in Wednesday’s siege.

Along with three other California House Republicans — Ken Calvert of Corona, Doug LaMalfa of Richvale and Tom McClintock of Elk Grove — McCarthy signed onto a specious lawsuit aimed at overturning the results in four key states won by Biden. The Supreme Court wouldn’t deign to hear the case, so flimsy was its pretense.

McCarthy then did nothing to discourage Republican lawmakers from participating in Wednesday’s charade on the House floor, an attempt to overturn Biden’s rightful election by thwarting certification of the electoral vote count. His objection to the subsequent violence — “unacceptable,” “un-American” — was a trifle, like admonishing an arsonist after handing over a pack of matches.

That’s today’s Republican Party, in the twilight of the Trump presidency.

GOP lawmakers — with some notable exceptions, such as Utah Sen. Mitt Romney and Rep. Liz Cheney of Wyoming — live in such quaking fear of a nasty presidential tweet, or worse, abandonment by Trump’s fervent backers, they dare not call out obvious recklessness and law-breaking until it’s far too late.

They do so at the party’s peril.

In catering to a narrow, increasingly extreme slice of the electorate, today’s GOP has alienated a great number of Americans. Witness not only Trump’s decisive defeat, but the loss this week of two U.S. Senate seats in Georgia, a state that used to be as red as its fabled clay. With the twin victories, Democrats gained control of the White House and Congress for the first time in a decade.

In California, the Republican brand has been toxic for years.

The GOP hasn’t won a statewide office since 2006, and registered Democrats outnumber Republicans by nearly 2 to 1. Trump lost the state twice, by landslide margins, and in 2018 cost his party seven congressional seats, leaving Republicans outnumbered in the House delegation, 46 to 7.

“You only have to look at the congressional win-backs in the suburbs in November to see that there are many Californians that want divided government,” Rob Stutzman, a longtime GOP strategist in Sacramento, said of the four House seats the GOP reclaimed in November, in the Central Valley and Southern California. “That had nothing to do with conspiracy theories, or Trump’s madness. Those same districts voted for Joe Biden.”

Stutzman spoke before lawmakers’ attempted assault on democracy devolved into a physical attack, further staining the party’s image in California with the taint of Trump.

Appearing last month on CNN, LaMalfa — one of 126 Republican House members who signed on to the baseless Texas lawsuit — was asked for proof of the widespread voter fraud the president falsely cited, over and over, as reason to overturn November’s election.

“You know, I don’t have proof that men landed on the moon in 1969 because I wasn’t there,” LaMalfa replied.

He also wasn’t around in Philadelphia when the Constitution was written in 1787, but presumably he’s familiar with the document. Like every member of Congress, LaMalfa swears an oath to defend the Constitution “against all enemies, foreign and domestic.”

He didn’t pledge fealty to a president, or a political party. Rather, LaMalfa vowed to defend the founding country’s founding principles and the guardrails intended to protect and preserve our system of government.

Like many fellow Republicans, LaMalfa and McCarthy shrank from that fight, and the result was Wednesday’s wreckage and ruin, sown by the president of the United States.