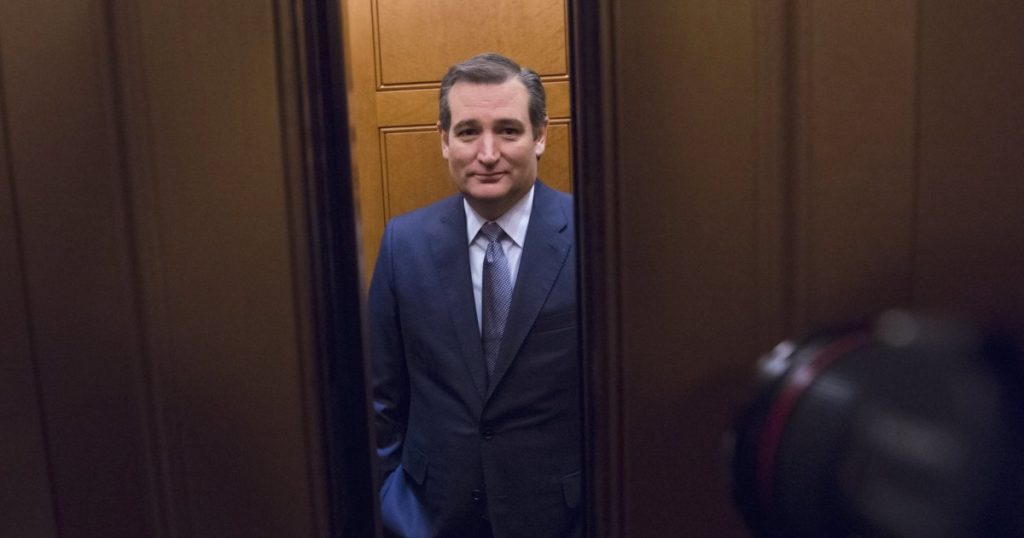 As Republican lawmakers prepare to mount a challenge on Wednesday to President-elect Joe Biden’s election win, it’s helpful to keep in mind that we have laws against making false and misleading claims, and against practices aimed at taking advantage of people.

The answer to that, of course, is that political speech and commercial speech are different in the eyes of the law.

Political speech receives greater protection because it may be difficult to ascertain if a politician is deliberately lying, whereas businesses are expected to know if they’re making false claims.

Still, it’s intriguing to look at some of the laws in place to deter bogus claims in the business world and to consider — even just as a thought experiment — how such laws could serve as a template for limits on deceptive political speech.

Such as President Trump and his allies persisting in claims of voter fraud when such claims have been dismissed by dozens of courts, election officials in every state and even Trump’s former attorney general.

The FTC spends much of its time enforcing this provision, as a casual gander at the agency’s recent press releases will reveal.

In just one example, several California companies were included in a crackdown last month on sellers of products containing cannabidiol, or CBD, an ingredient in marijuana that doesn’t get you high but is purported by some to have medicinal properties.

According to the FTC, the companies allegedly made “a wide range of scientifically unsupported claims about their ability to treat serious health conditions, including cancer, heart disease, hypertension, Alzheimer’s disease and others.”

That’s against the law. You can’t make such claims without evidence to back them up.

Compare the FTC’s crackdown on questionable CBD claims with the Jan. 2 statement from Texas Sen. Ted Cruz and nearly a dozen other Republican politicians about their intention to block Wednesday’s scheduled certification of Biden’s electoral college win.

“Voter fraud has posed a persistent challenge in our elections,” they say, although there’s no evidence that this is true.

The Brennan Center for Justice, a nonpartisan law and policy institute, studied years of such claims and found that almost all “simply do not pan out.”

“Extensive research reveals that fraud is very rare, voter impersonation is virtually nonexistent and many instances of alleged fraud are, in fact, mistakes by voters or administrators,” the center found.

Right out of the gate, therefore, the GOP politicians are making an unfounded claim — like those CBD sellers saying their products can treat cancer, heart disease and other ailments.

They go on to purport that congressional certification of the electoral college results is “the lone constitutional power remaining to consider and force resolution of the multiple allegations of serious voter fraud.”

That too is misleading. While Congress may indeed be considered a “constitutional power,” it has no constitutional authority to “force resolution” of alleged voter fraud. It can only accept or reject electors’ votes from each state.

Republicans are selling a phony solution to a made-up problem. In the business world, that’s called snake oil. And it’s illegal.

Another law worth noting in this context is the Dodd-Frank Wall Street Reform and Consumer Protection Act, which, among other things, created the Consumer Financial Protection Bureau.

The bureau was empowered to “protect families from unfair, deceptive and abusive financial practices.”

In November, for example, the CFPB found that a Florida company called U.S. Equity Advantage tricked more than 100,000 consumers by claiming they could save money by using the firm’s AutoPayPlus program to pay off car loans.

The bureau determined that the company “misrepresented the amount consumers would save when disclosing the program’s benefits by not including a $399 enrollment fee in the calculations.”

That fee, the CFPB concluded, “created the misleading impression that consumers would save money using its product, when in fact, because of the enrollment fee, the program’s costs ordinarily exceeded any savings.”

Which is to say, consumers were duped by misinformation into acting against their interests.

Trump, meanwhile, has raised more than $200 million since election day by falsely telling his supporters that the contest was rigged against him.

“Will you allow the CORRUPT Democrats to try to STEAL this Election and impart their RADICAL agenda on our Country?” said one recent fundraising text from the Trump campaign. “Or will you step UP and DEFEND your Country?”

In reality, most of the money donated to support Trump’s efforts to challenge the election has flowed to a political action committee, Save America, that Trump can use to assert his will over the Republican Party after Biden takes office.

OK, let’s see: False claims, misleading pitches to send cash, questionable disclosure of true intent — those are precisely the sorts of practices that would draw the ire of federal authorities if committed by a financial institution.

Yet a politician can get away with it.

The federal Fair Debt Collection Practices Act targets “abusive, deceptive and unfair debt collection practices,” and prohibits collectors from “any conduct the natural consequence of which is to harass, oppress or abuse any person.”

It doesn’t seem like a stretch to say that if we had a law preventing politicians from “abusive, deceptive and unfair” practices, and behavior that “harasses” or “oppresses” voters, it would be very difficult for Republicans to wage a campaign alleging widespread election fraud without a shred of proof.

Obviously we won’t see election laws like this any time soon, if ever.

Although there are already limits on free speech — you can’t yell “fire” in a crowded theater, for example — it’s hard to imagine any court moving to restrict political speech, even in the age of a shameless prevaricator like Trump.

Still, it’s worthwhile to keep in mind that our laws anticipate unsavory behavior by businesses, and include a number of safeguards to protect consumers.

That’s why companies get in trouble if they make unfounded claims about products treating serious illnesses, or if they omit key information about fees that undermine promised savings.

Such behavior is deceptive, possibly dangerous and quite simply wrong.

Is trying to reverse a fair election under false pretenses any different?