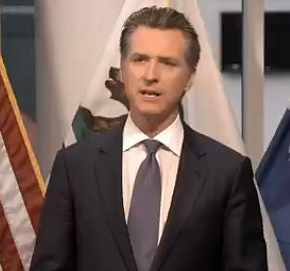 Negotiators are tight-lipped about what’s going on with the state budget, a version of which must be signed today by Governor Newsom. It is clear that – between the Assembly, the Senate, and the Governor – there remain major points of contention on transportation funding.

In the current version of the budget bill – current as of 4 p.m. this afternoon, that is – a number of program allocations have been edited to read that new funding to be allocated to them – most of it from the general fund – “shall not be available for encumbrance or expenditure unless additional legislation specifying how the funds shall be allocated is enacted by October 10, 2021. If no such legislation is enacted by October 10, 2021, all funds appropriated in this item shall revert to the General Fund on October 11, 2021.

It feels like a threat – that if the governor and the legislature can’t agree on details and get additional budget bills signed before October, these programs will lose the funding. In the case of the Active Transportation Program, for example, there has been an expectation of an additional $500 million from the budget surplus, and at the recent California Transportation Commission meeting ATP staff presented an outline of how they would allocate that funding, if it were approved. But unless something changes tonight, the fate of that money will remain in the air, and with it the projects it might support.

It could be that this is an extreme negotiation tactic, and these programs are being held hostage until negotiations on, say, the California High Speed Rail program, can move forward. That program’s funding, despite being available and not coming from the general fund, continues to be deferred as legislators play politics behind closed doors. The Assembly has been pushing to put off decisions about HSR funding entirely, even though the CAHSRA and the governor have both called for the release of voter-approved bond funds for it.

Lawmakers may have found a way to wriggle out of a tough deadline on the budget bill using “junior budget bills,” which tack on details and new allocations after the main bill is signed. The new language added to these additional transportation budget items at least includes a new deadline so the process cannot go on indefinitely. But it also means the pressure to find agreement will likely extend over the summer and into the fall.