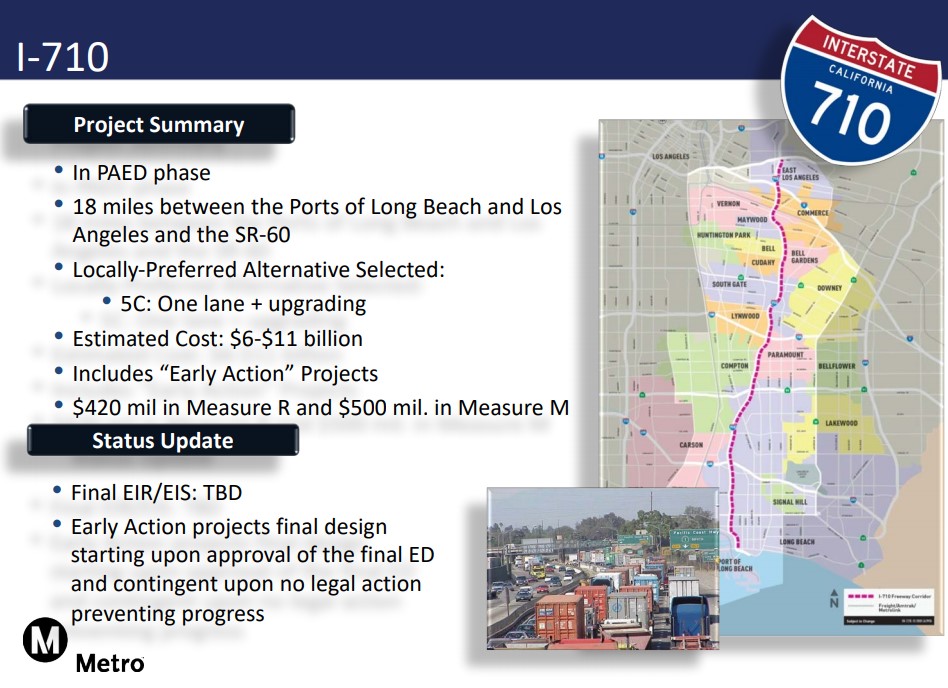 Yesterday, the Metro board convened and decided several important issues. The nearly seven-hour meeting was CEO Phil Washington’s final board meeting; boardmembers praised the CEO’s numerous accomplishments since he arrived from Denver in 2015.

It may have been L.A. Mayor Eric Garcetti’s final meeting, too, as it has been announced that he will become the ambassador to India. Garcetti’s departure would also put in question the tenure of his board appointees: Mike Bonin, Jacqueline Dupont-Walker, and Paul Krekorian. Those four seats would be determined by Garcetti’s successor, expected to be (in the interim and maybe in the longer run) L.A. City Council President Nury Martínez.

Without much discussion, the full Metro board unanimously approved the agency’s $8 billion Fiscal Year 2022 budget.

The budget does get around to, by September, restoring transit operations to FY20 levels (or, as the budget noncommittally states, “with the aim of reaching pre-COVID-19 levels”). In the FY20 budget (the last approved pre-COVID), Metro approved 8.23 million transit revenue service hours (RSH) which is ~686,000 RSH/month. After a dip during COVID, the FY22 budget is back up to 8.28 million RSH, which (as mandated by the board) will mean three months (July through September) with ~650,000 RSH, then nine months (starting October) with ~700,000 RSH. As Investing in Place has noted, given declining bus speeds, these service hours don’t go as far as they used to.

The newly approved budget includes an 80 percent increase in Metro’s Highway Program. For FY22 it totals $477 million, largely for expanding freeway capacity. Responding to advocates urging the board not to put more money into freeway widening, there was an extended discussion of the highway budget in committee last week. Yesterday, not a word.

There is still some more revenue on the way, still to be decided by the Metro board.

In passing the overall budget, the board approved an amendment (from Boardmember Mike Bonin) to have future federal funding first prioritize additional bus service.

The board unanimously approved two motions reining in Metro’s 710 Freeway Corridor Project that would widen the lower 710, demolishing adjacent homes and businesses.

One motion, spearheaded by Boardmember Hilda Solis, called for Metro to “Immediately cease further work” on the project. Boardmember Fernando Dutra sought a 30-day pause instead of ceasing work on the project. Ultimately Dutra supported the motion when “cease” was changed to “suspend.” Solis was adamant that Metro needed to stop widening freeways in areas already heavily burdened by freeway pollution.

The other motion, spearheaded by Boardmember Janice Hahn, directs Metro staff to report back on the EPA and Caltrans pulling the plug on the project. Hahn expressed support for zero-emission improvements for the 710 corridor, but was reluctant to cease the project due to the need to serve port traffic.

The @HildaSolis motion to cease the 710 environmental impact report (EIR) was changed to “suspend” and approved by @metrolosangeles Board. We gotta keep keep an eye on @SupJaniceHahn & others who seem to not prioritize our communities and will try to “unsuspend” the EIR.

The Metro board is somewhat split on the agency’s Fareless System Initiative (FSI). Many directors – including Bonin and Garcetti – have enthusiastically pushed for a fare-free transit pilot to include students and low-income riders. Other directors – including Inglewood Mayor James Butts and Glendale City Councilmember Ara Najarian – have expressed concerns about the program, mostly questioning Metro’s ability to pay for it. Advocacy organizations have campaigned for Metro to approve a fareless pilot, especially urging for it to be universal and not means-tested.

Fareless also had dueling motions. A Garcetti motion directed Metro to implement an FSI pilot that included using self-attestation as an alternative to means-testing. A Hahn motion would have postponed the FSI pilot until several issues were worked out, including how fareless would interact with Munis (municipal bus operators – like Long Beach Transit).

During board debate, Hahn agreed to merge her motion with Garcetti’s; she removed the provision that would have postponed the FSI pilot. Another modification approved, proposed by Boardmember Holly Mitchell, directed Metro to continue its effectively fare-free buses (Metro stopped collecting bus fares under COVID and has not yet resumed) until the FSI pilot is in place.

For the last 14 months, @metrolosangeles has been operating as a fareless system to help Angelenos recover from the pandemic. Without action, fare collection would have resumed in June, proud to join w/ @MikeBonin to continue to allow riders to use transit without fare collection https://t.co/lXiAcTZRXa

The Garcetti motion doesn’t specify much in the way of FSI pilot detail. The most recent staff proposal has ~2-year fareless pilot starting for students in August, and for low-income riders in January 2022. With many details still to be finalized, it appears that the pilot could begin when students return to school this August… but Metro’s blog says a start date has not been decided.

With no discussion, Metro approved the Colorado Boulevard alignment for the Eagle Rock portion of the NoHo-Pasadena Bus Rapid Transit. As this was approved by committee last week, the item was approved via consent calendar. The final Colorado lane configuration is still to be determined.